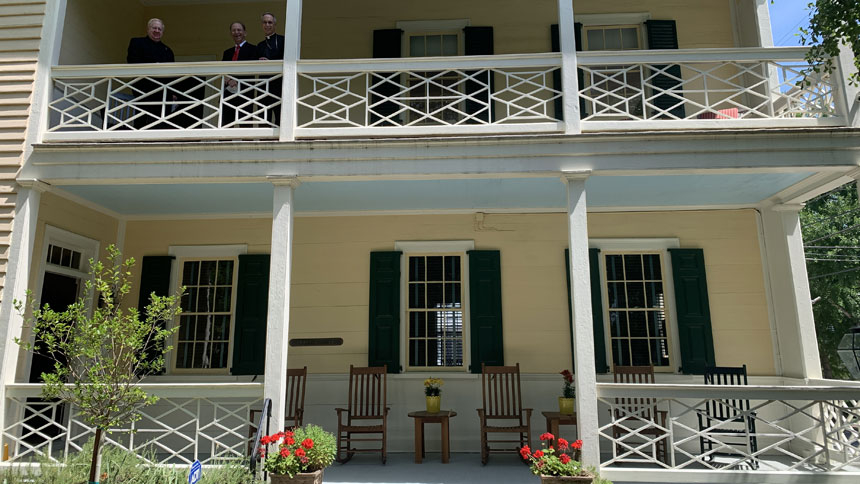 Above: Father Thomas Tully, pastor of New Bern’s St. Paul Church, John L. Barnes, owner of the Coor-Gaston House, and Bishop Luis Rafael Zarama stand on a porch of home, where Bishop John England celebrated Mass May 24, 1821. With that Mass, the Catholic community of New Bern had its official beginning.

NEW BERN – Members of the St. Paul Bicentennial Team met for lunch May 22 in the gym of St. Paul School. They gathered to celebrate the 200th anniversary of their parish, and to enjoy each other’s company after eight months of planning bicentennial events.

It was the first time the 19-member team could be together, in person. Because of the pandemic, their prior meetings were done virtually or in small groups.

The St. Paul community has been celebrating the milestone since the beginning of the year. On the last Sunday of the month in January, February, March and April they offered programs aimed at teaching a 50-year window of history.

While the events were held inside the church with protocols in place for those who wished to attend, they were also available by video.

The church observes May 24 as their anniversary because May 24, 1821 was the day that Bishop John England of the Diocese of Charleston celebrated Mass in the home of Catholic William Gaston, a lawyer who would later become a North Carolina representative to the U.S. Congress.

At the time, the entire state of North Carolina was part of the Charleston diocese, as were the states of Georgia and South Carolina. In the early days of the church, it was difficult for Catholics to attend Mass because there were only about 7-14 priests in service to all three states, said Father Thomas Tully, pastor of St. Paul.

For many parishioners at St. Paul, understanding history was a big part of honoring the 200th anniversary.

“A little tiny snowflake turned into a gigantic snowball,” said DeLesa Conway, parish care administrator about the bicentennial. “We’ve had a wonderful team, and we’ve learned so much.”

Celebrating Mass at their church with Bishop Luis Rafael Zarama, which occurred May 22, was important as well.

One on-going event that marks the occasion is a 14-site tour of Catholic history in New Bern that includes places such as Old St. Paul Church, which was completed in 1841, and St. Paul Rectory, which was built in 1898, sits next door to Old St. Paul and is currently home to Catholic Charities.

Eleven of the sites, such as Cedar Grove Cemetery and the building that once housed St. Luke Hospital, are downtown and walkable.

“A lot happened in 200 years,” said Kathryn Bascom, a parishioner who studied the church’s history and gained an affinity for the vocation of Sister Angela Mary Parker, I.H.M. “We’re still finding more stories to tell …. the people who were involved. The places. Things that happened. They all deserve to be known by other people.”

A New Bern bear, created by local Catholic artist Sandy Bruno, will be unveiled June 27 to commemorate St. Paul’s bicentennial. Bruno has designed eight bears for the town, which has about 27 of the life-size fiberglass bears downtown, and additional bears in other New Bern locations.

The fall will bring fireworks and a parish picnic Sept. 19, in observance of William Gaston’s birthday, as well as a Mass of Thanksgiving Nov. 24. 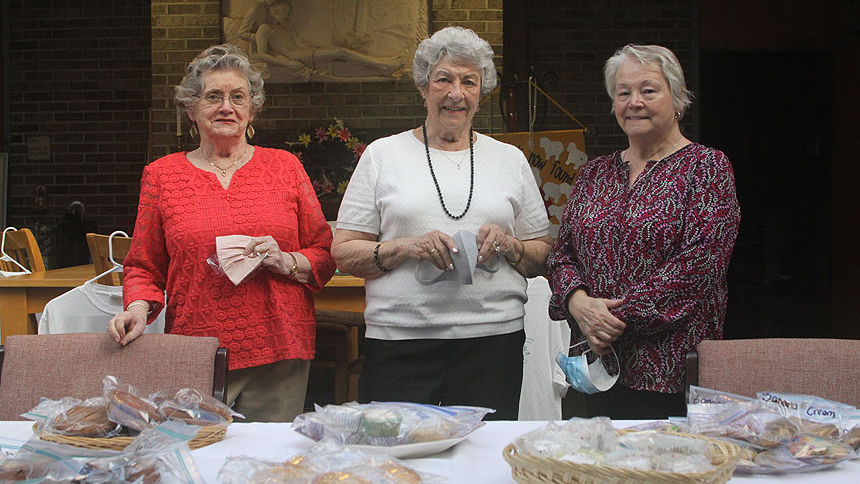 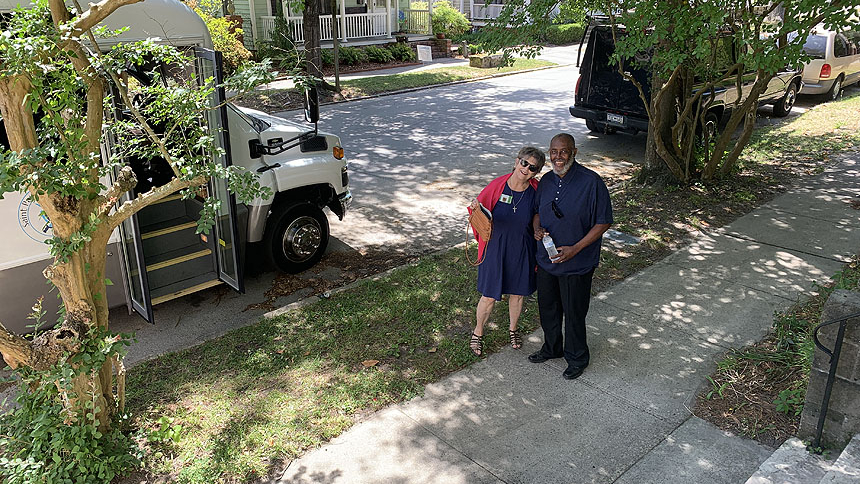 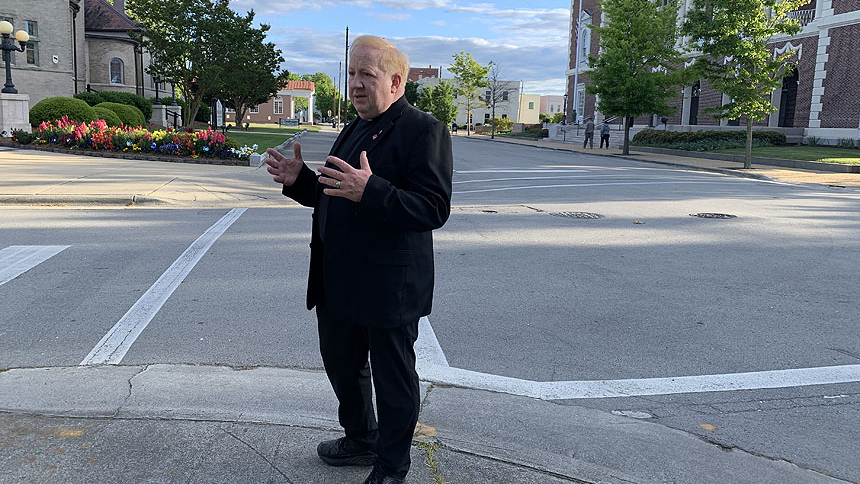 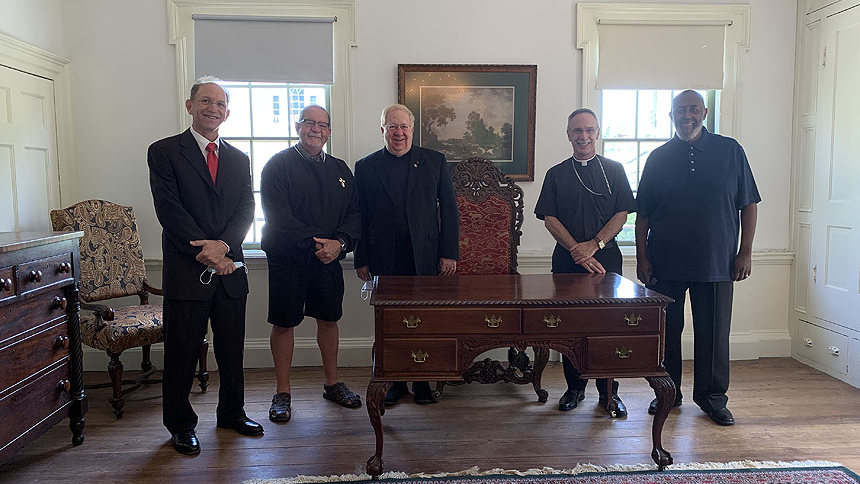 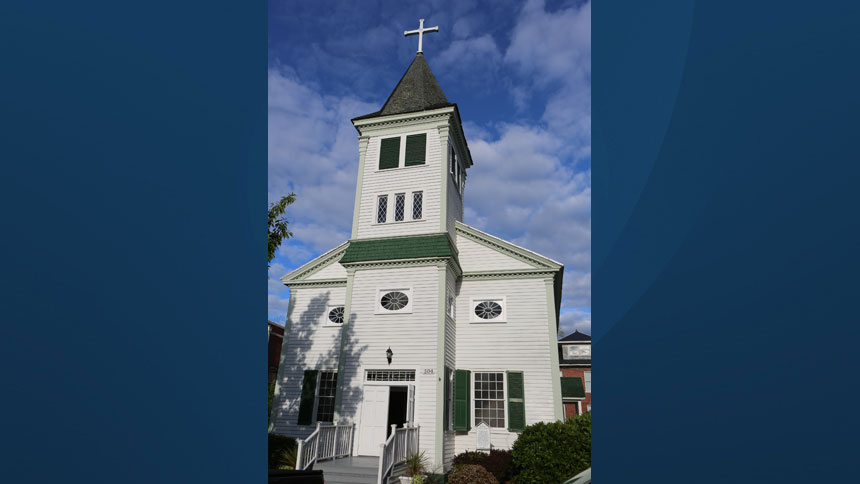 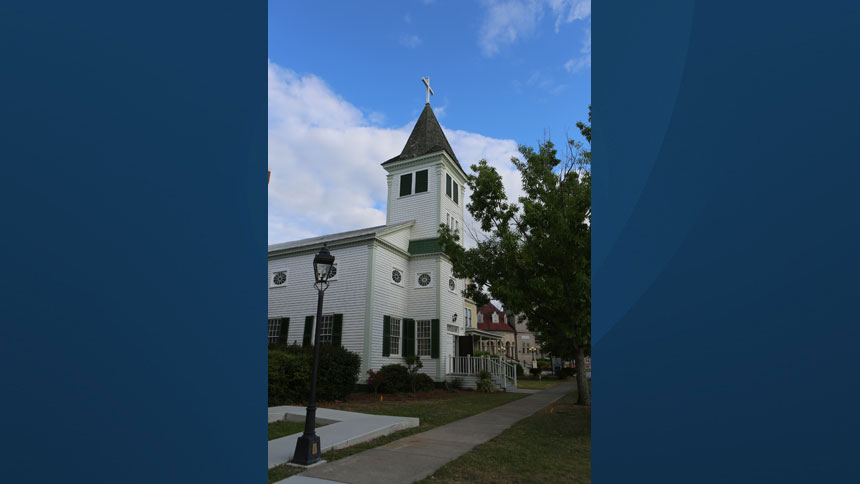 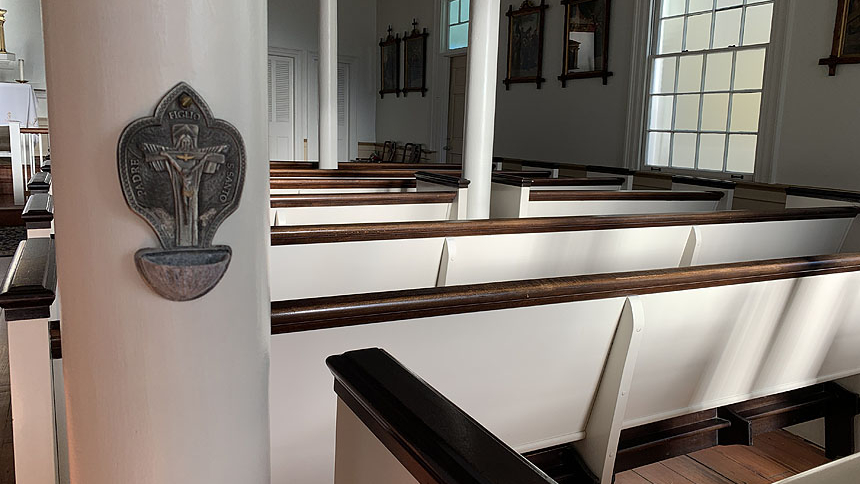 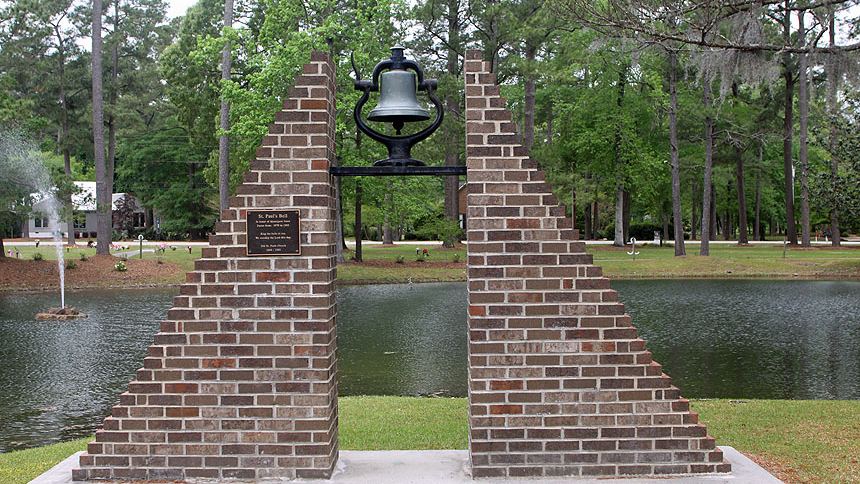 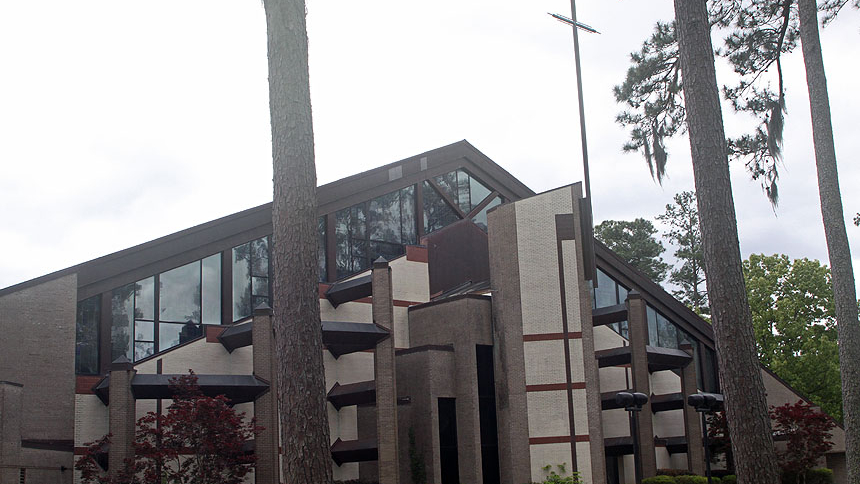 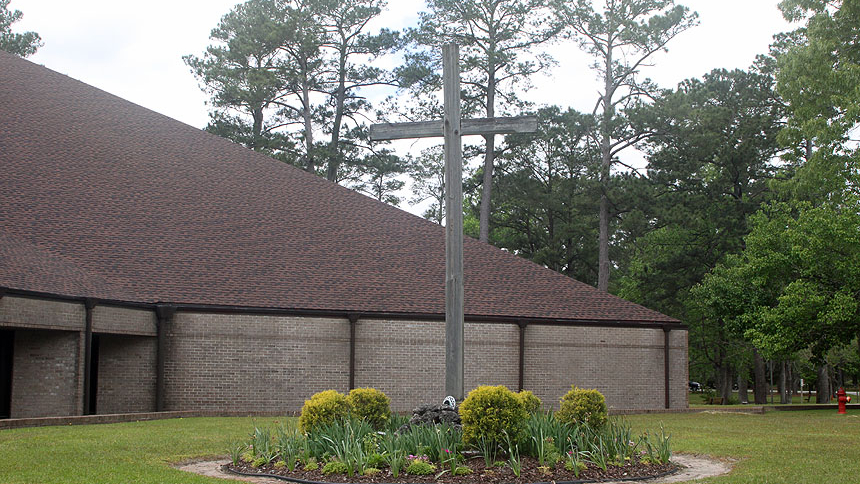 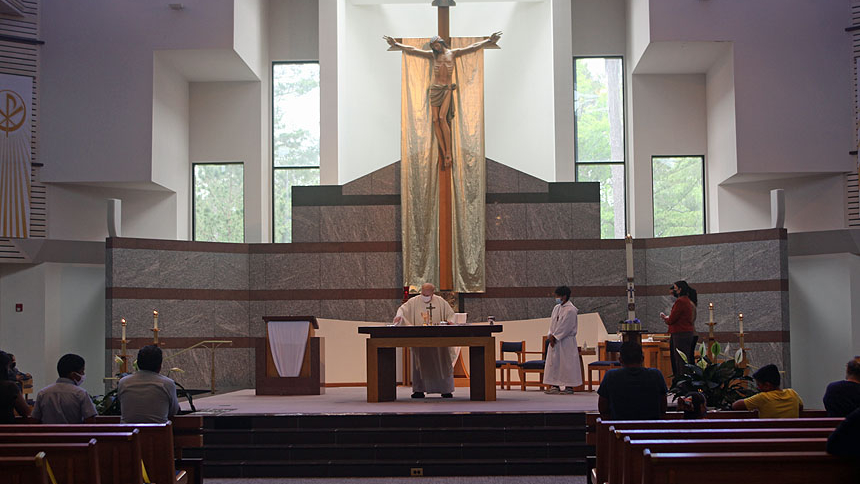 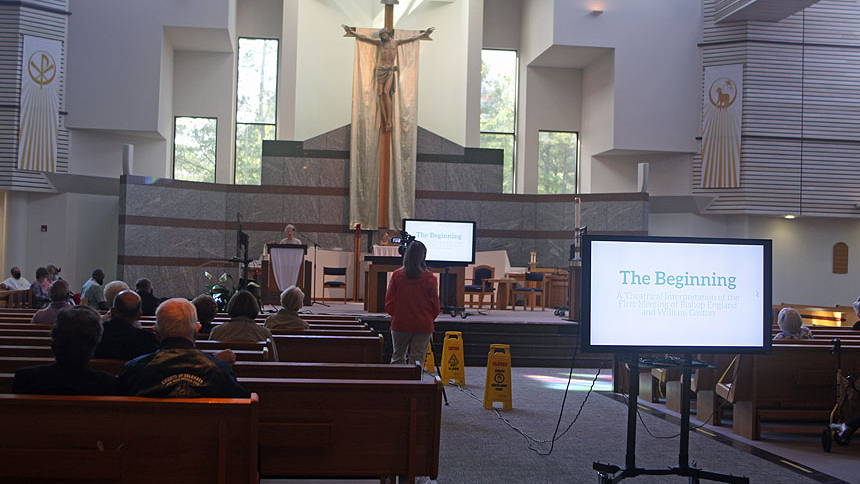 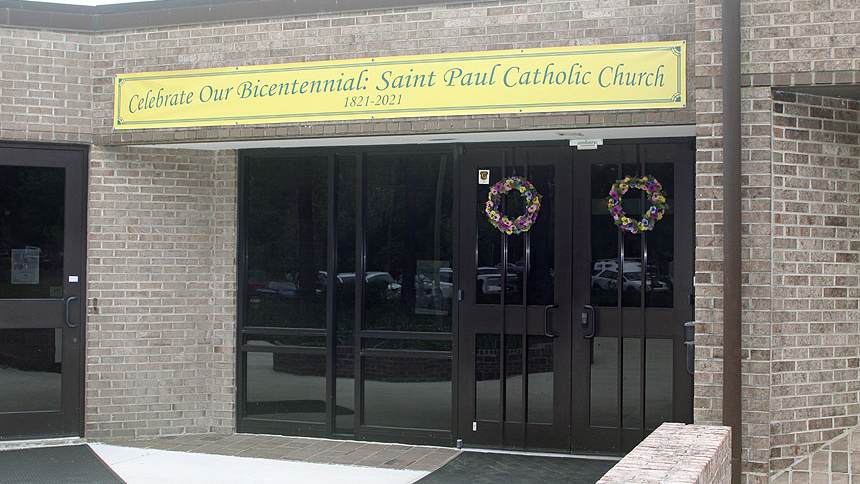 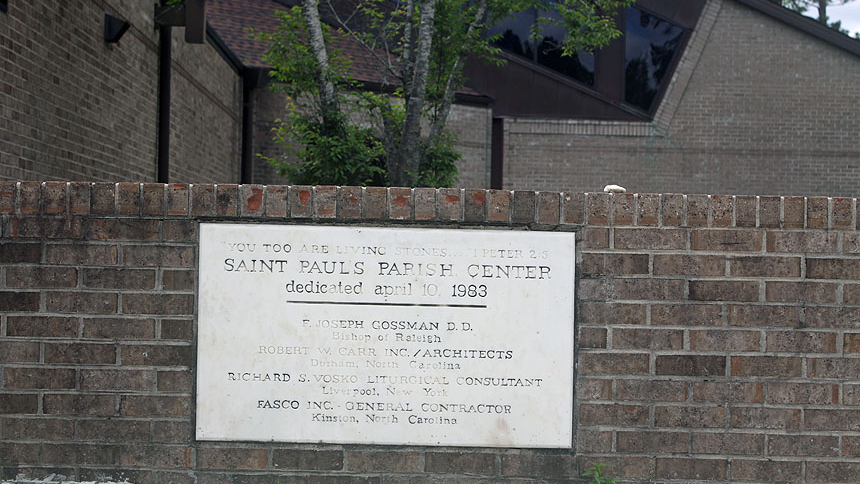 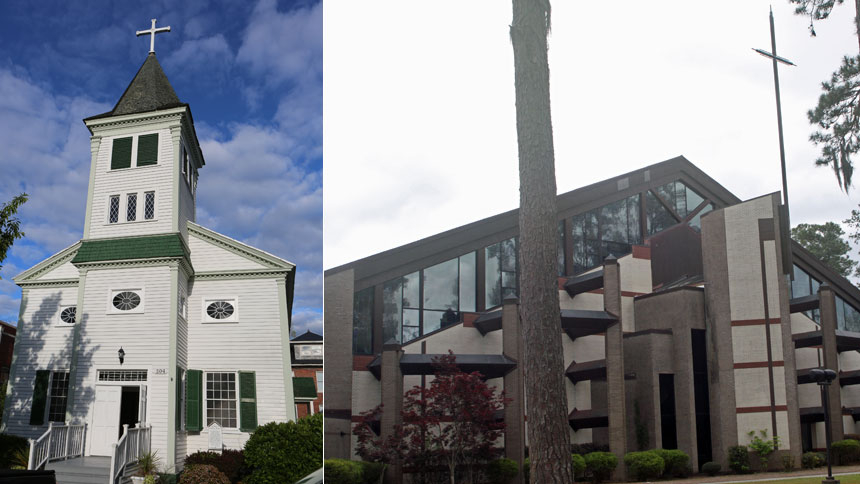