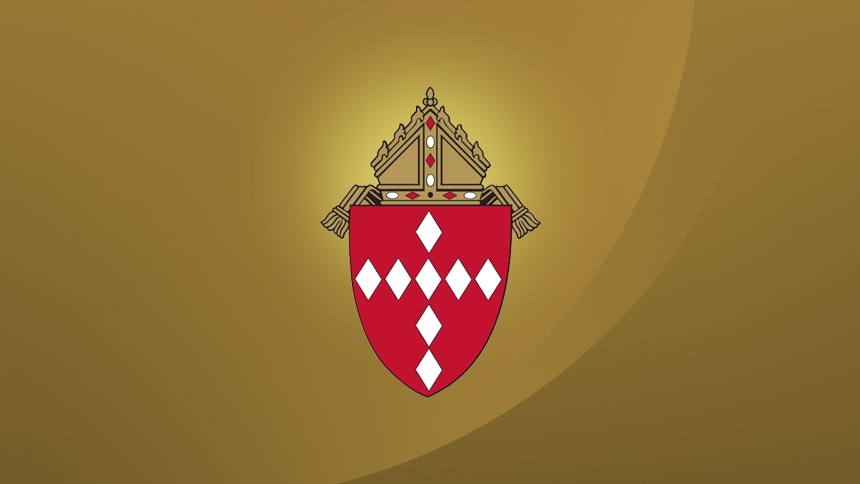 Faithful gathered Thursday, July 26, to commemorate the dedication of Holy Name of Jesus Cathedral, which took place one year earlier.

The Mass was bilingual with a prayer, reading and prayers of the faithful in Spanish.

In his homily, Monsignor Brockman shared greetings from both Bishop Luis Rafael Zarama, current bishop of the diocese, and Bishop Michael Burbidge, who led the diocese during the building of the cathedral.

“All of us, I think - or many at least - have heard it in the last year. Whether downtown, on Centennial [Campus] or over on Western, [we have heard] how our cathedral stands out … to be seen by many, from different angles,” he said. “In the last year it has drawn thousands to its doors.”

Monsignor Brockman went on to describe how the mother church “embraces” the world in order to bring all people closer to God.

“It’s light they crave, we crave, especially when life is as if in a shadow” he added. “How beautifully does our Lord seek us … and find a way to ask us that fundamental question: ‘Who do you say that I am?’”