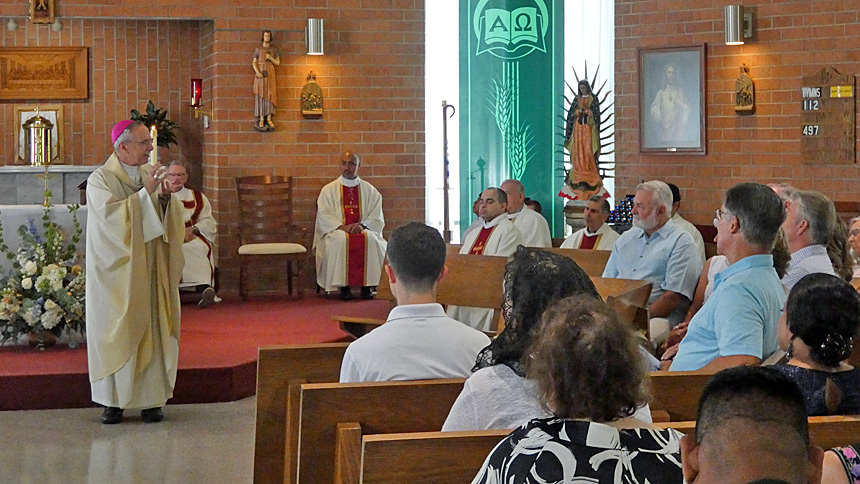 "Seventy years of history of this church and ten years as a parish, that’s why we are here: to thank God for all these years where the miracle of the Eucharist has been celebrated," Bishop Luis said. "The souls have been nourished during all these years."

Callahan knows well the story of the Church in Wallace, and all of the pictures saved in albums at the parish office help her to tell the story of how the parish started. She said that, in 1952, a group led by Mrs. Angelene Dixon and Mrs. Kathleen Cottle with the help of Father John Harper, pastor at Immaculate Conception in Clinton, was able to establish what today is the Transfiguration Parish.

“We don't know the exact date of our establishment, although the predecessor to NC Catholics published an article on September 5, 1952, stating 'in the first week of August,'” Callahan said.

Initially Mass was held in the American Legion Hall, but the church later purchased an old home where the parish hall now stands. The home served the church until 1965, when the present structure was built.

After Mass, the community got together to celebrate the anniversary and their growth. Different dishes prepared by volunteers represented the diversity among the members of today’s Transfiguration Parish. According to Callahan, the church’s hexagonal shape represents the seven tribes of the state’s Native Americans.

With the growth of the Duplin community, the church membership has become more diverse, and currently the parish has many Hispanic families among its members too. Therefore, during the anniversary Mass, the celebration was bilingual and bi-cultural. Bishop Luis addressed the Hispanic community in Spanish during his homily, inviting them to not be shy about their faith and give space to God to transform their lives and live their faith.

Luis Galan, head of Hispanic Ministry and parish member for over 20 years, has seen the growth of the parish's Spanish-speaking community.

“In 1997, when I arrived in the Wallace area, the church was a small Hispanic community of twelve or fifteen families. It was a small but very familiar community. We were a mission, part of St. Joseph Burgaw Parish. The Mass was celebrated in Spanish when a priest who spoke Spanish visited us. Due to the lack of priests in our diocese, it was difficult to assign a permanent one,” said Galan.

“With the help of Father Paul Brant, we began to visit mobile trailer lots where members of the Hispanic community were living to spread the word of God,” she continued. “Today our community has grown, and we see many young adults of that time with families well-rooted in the faith.

“Today we have some fruits such as Father Marlon Mendieta,” said Galan. Father Mendieta, who grew up in Transfiguration Parish, was ordained a priest of the diocese in 2018 and is currently the pastor of St. John the Baptist Parish in Roanoke Rapids. “I feel very proud of him because I saw him grow up in our community,” said Galan. “I remember the day I invited him to be an altar boy after the first Communion class.”

“So many families are now staying permanently in our area, committing themselves and participating in the activities,” said Galan. “Today we have a multicultural community.”

Donna Davis, who has been a member of the parish for over 50 years and who got married the church on June 29, 1974, said that she has witnessed the community growth over the years.

“We moved here in February of 1964, and when we came here, Ms. Dixon and her husband and Mrs. Cottle and her family made us feel welcome. They just embraced us. When Miss Cottle passed away this past year, her daughters came, and we just sat and talked, and it was like we saw each other yesterday,” concluded Davis.

Father Gonzales’ vision for Transfiguration is that it continues "to be a place where men and women of every language, origin and culture come to find a spiritual home." 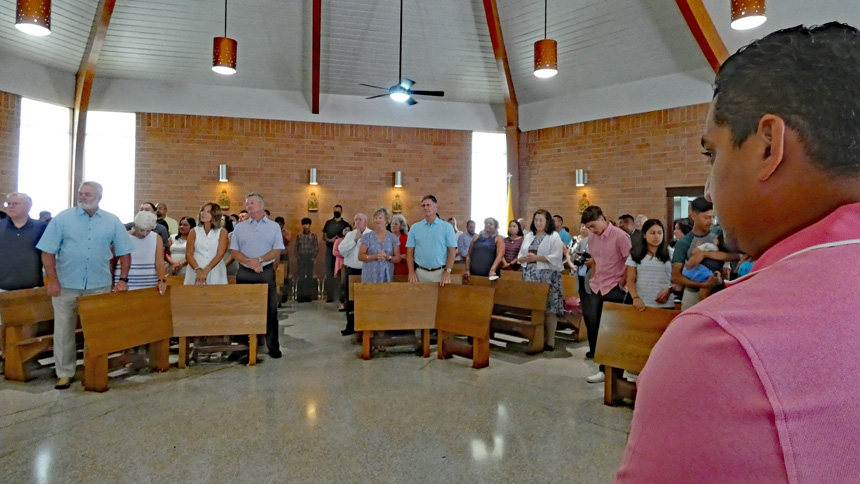 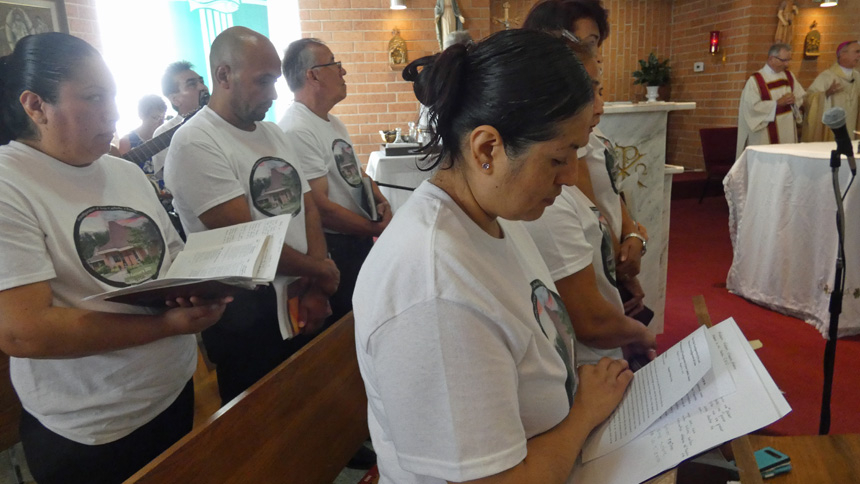 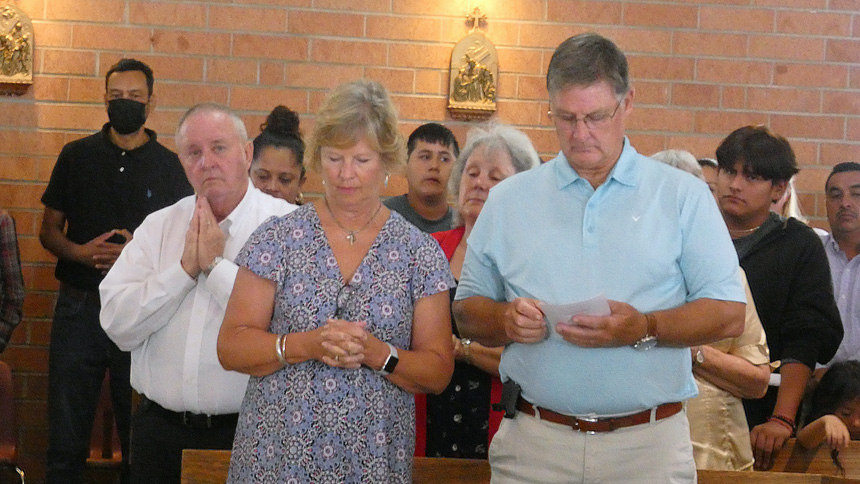 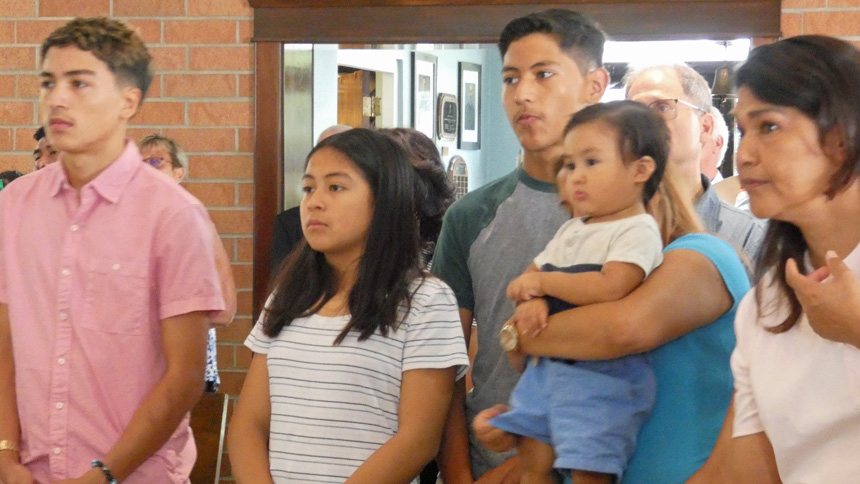 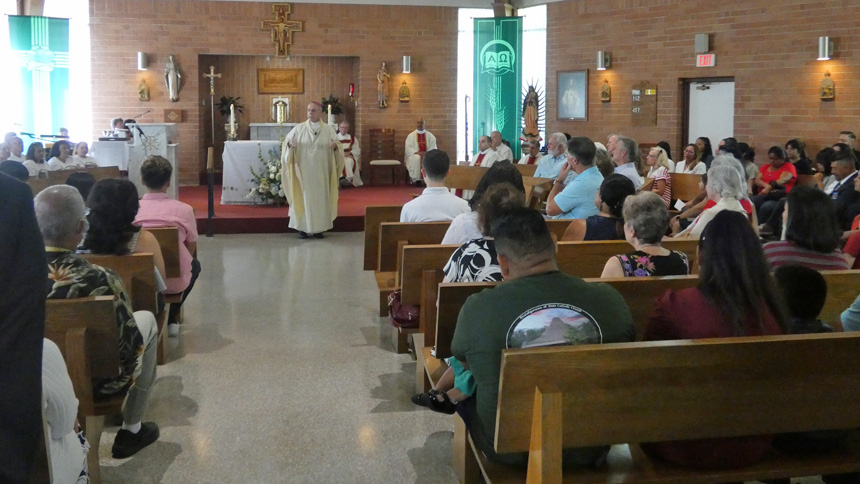 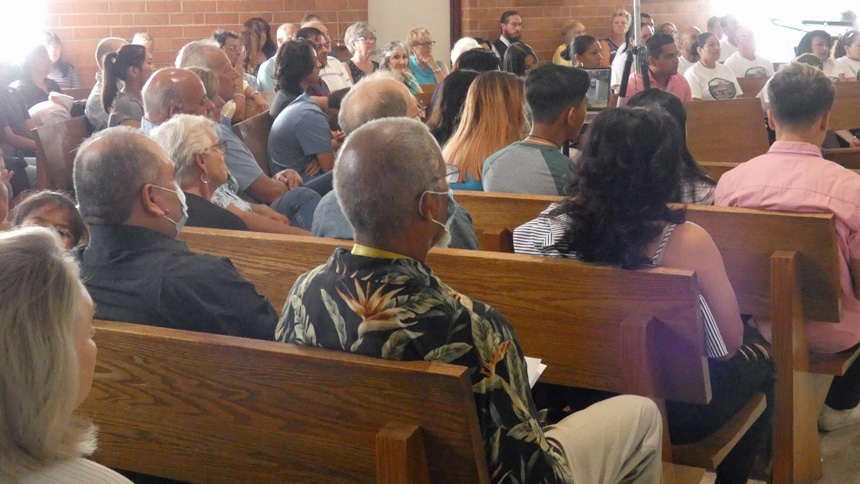 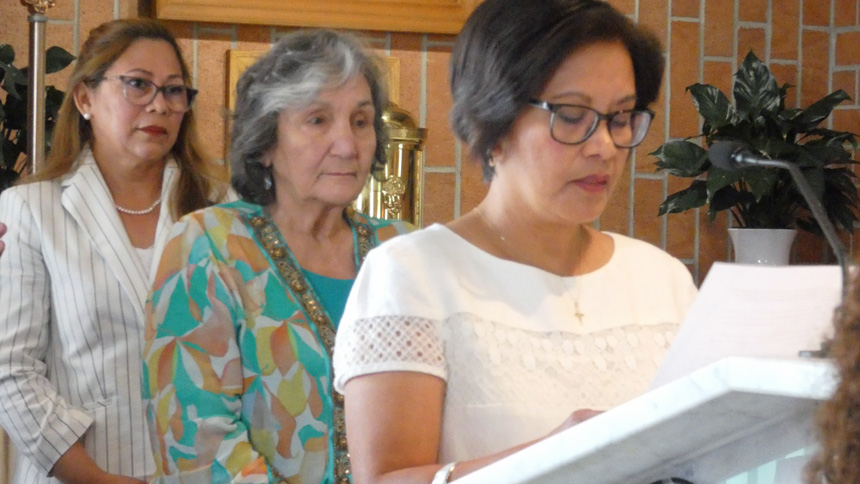 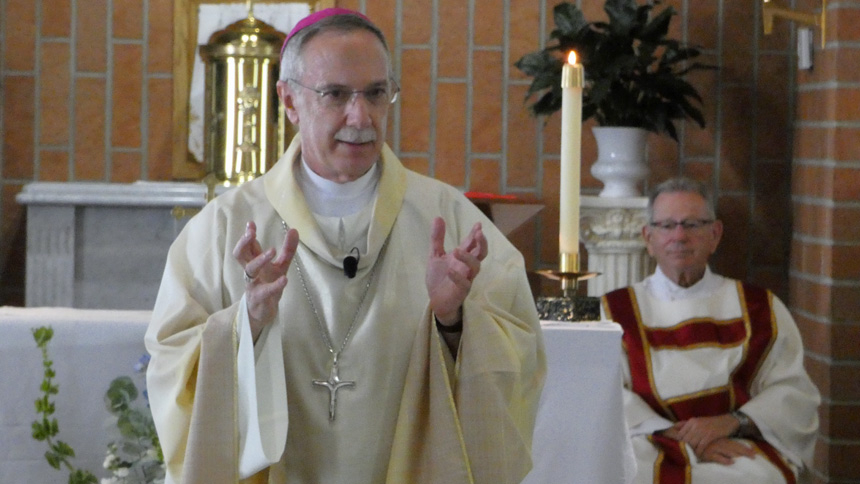 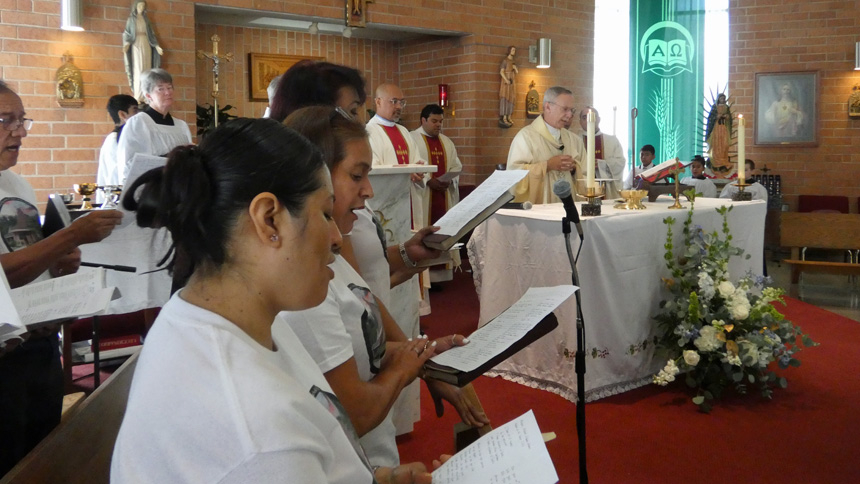 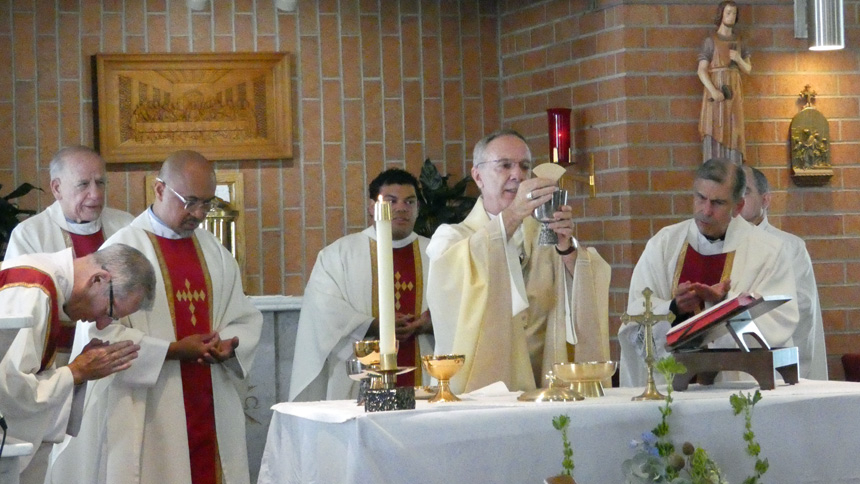 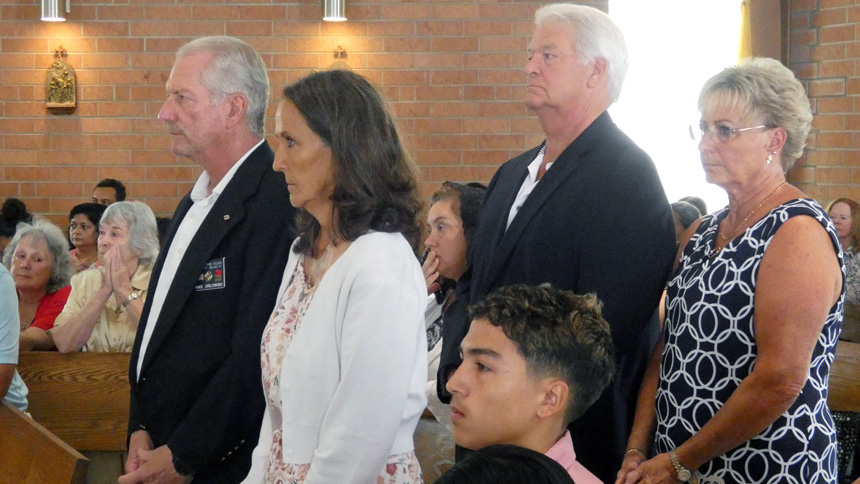 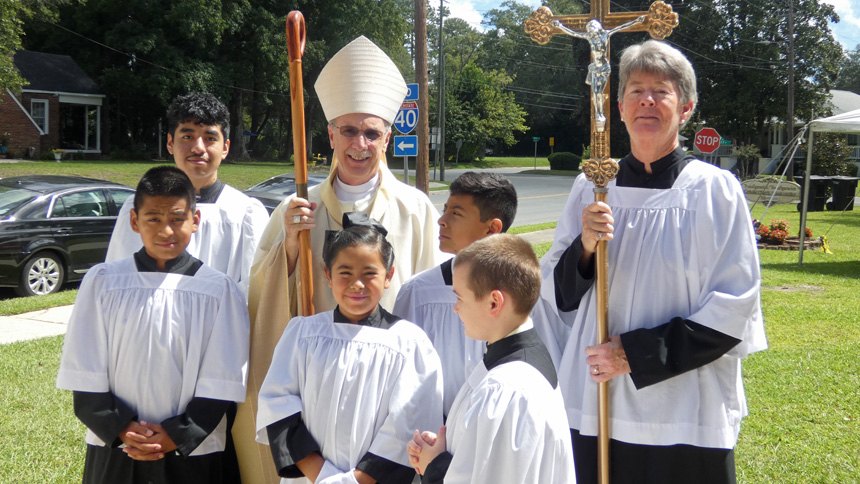 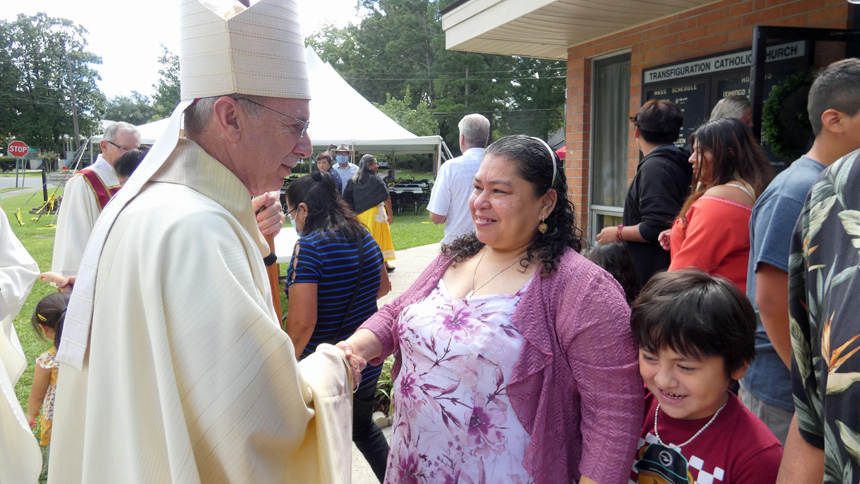 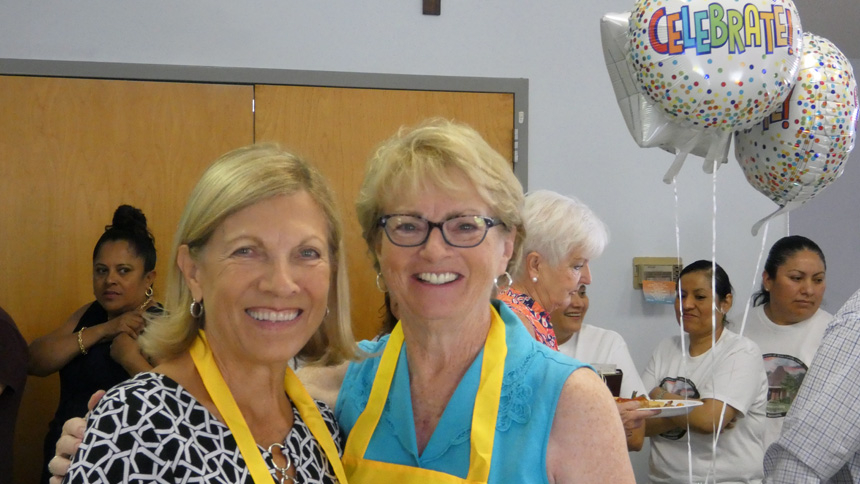 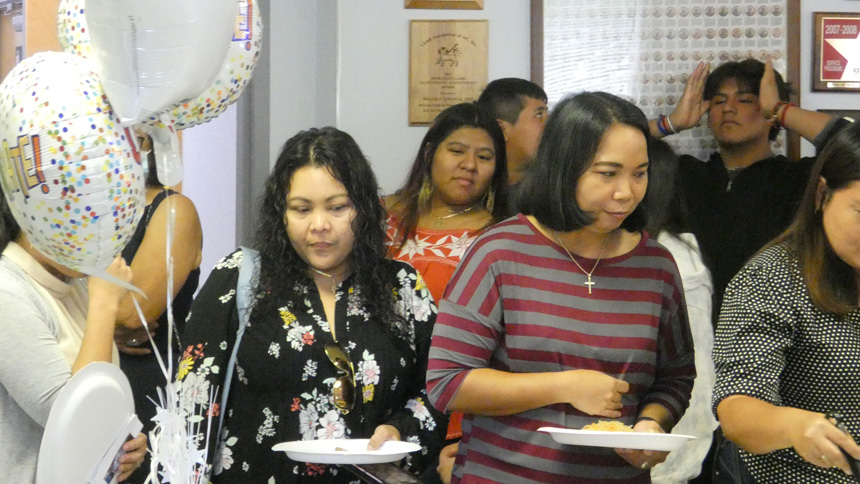 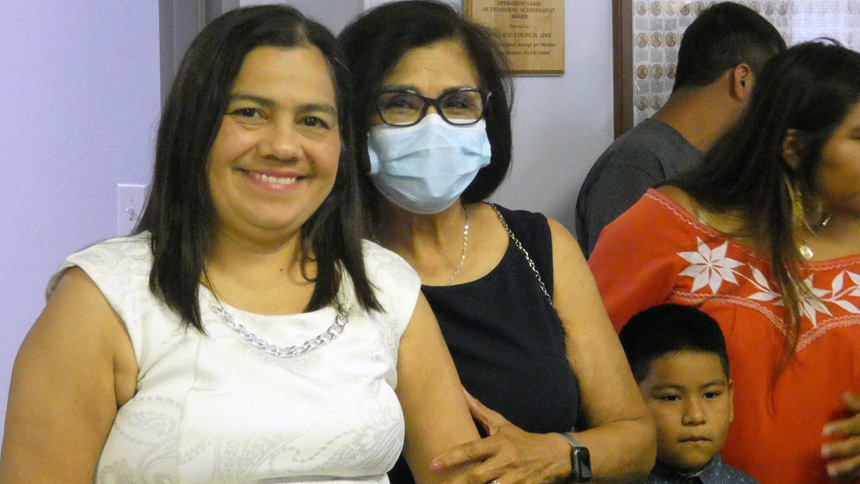 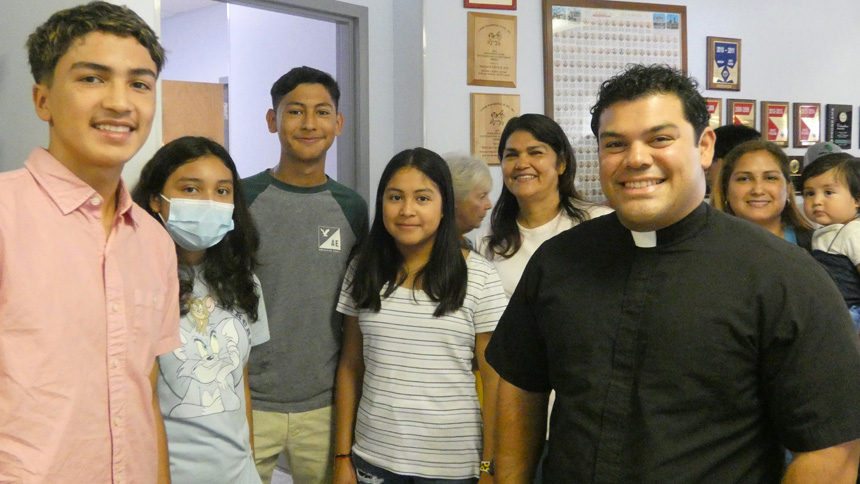 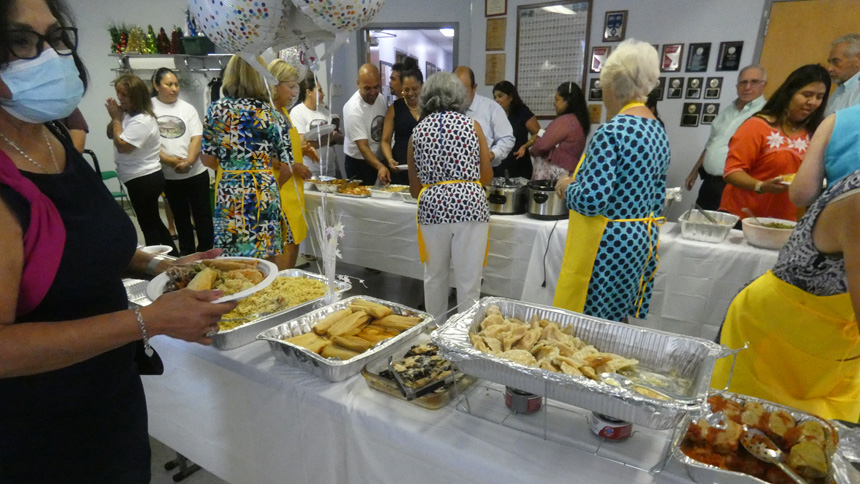 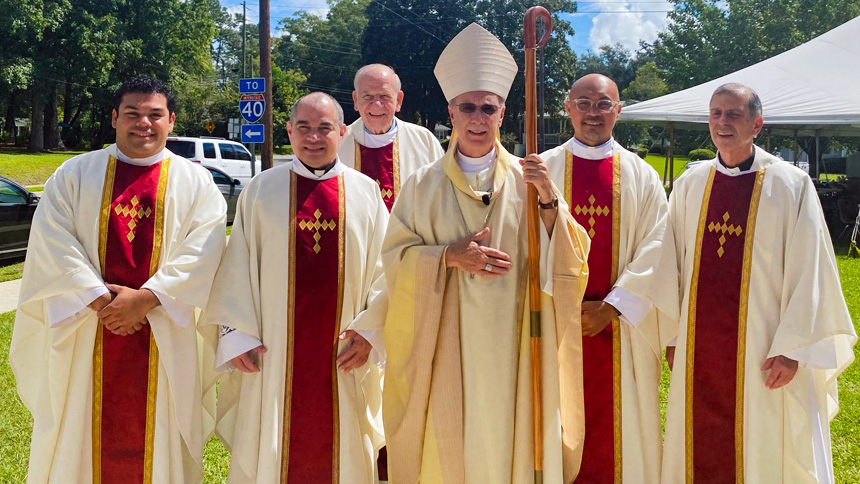 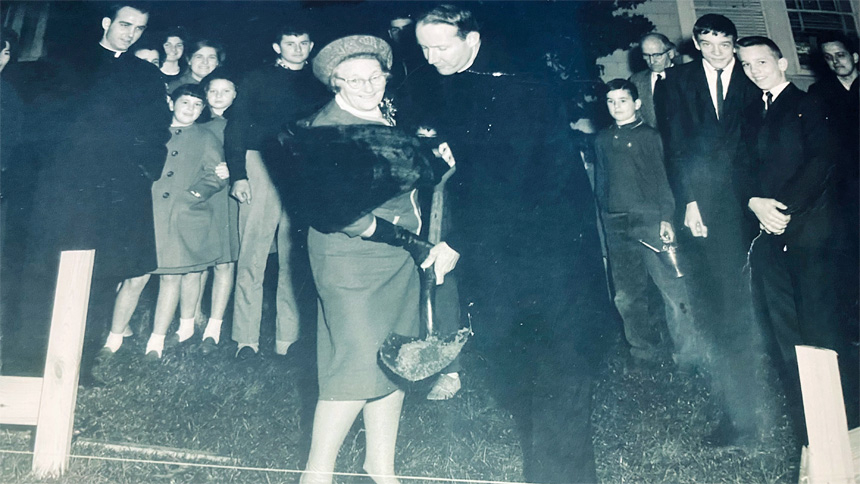 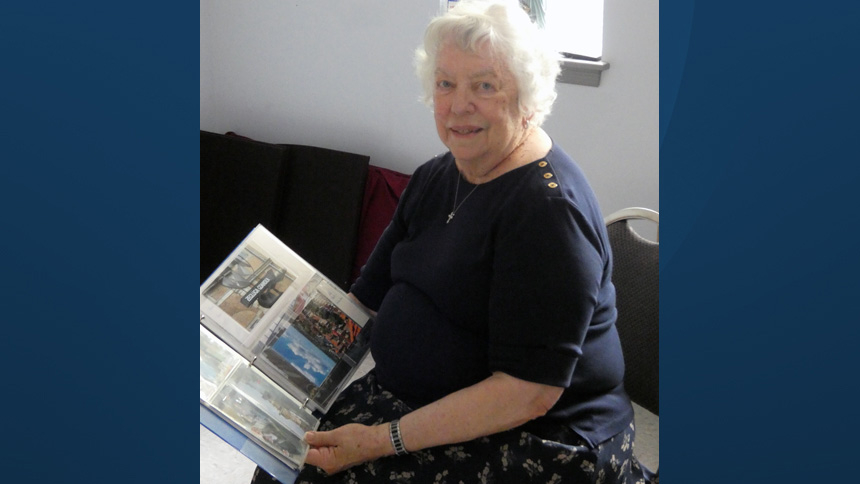 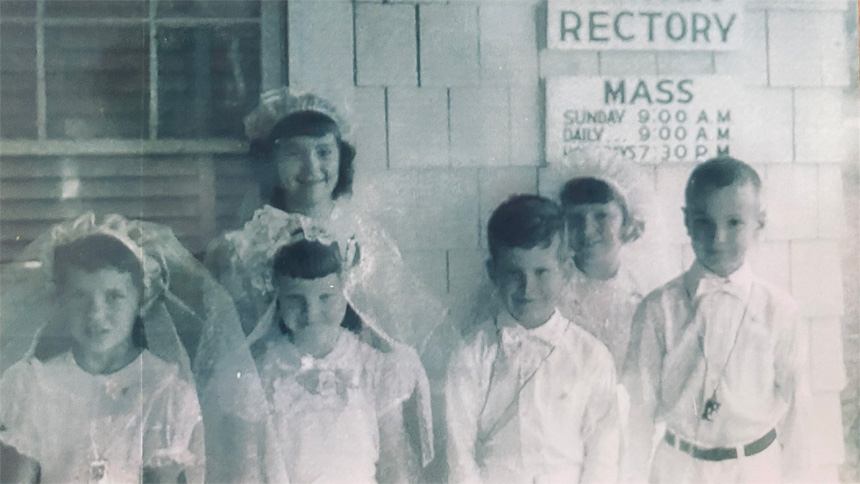 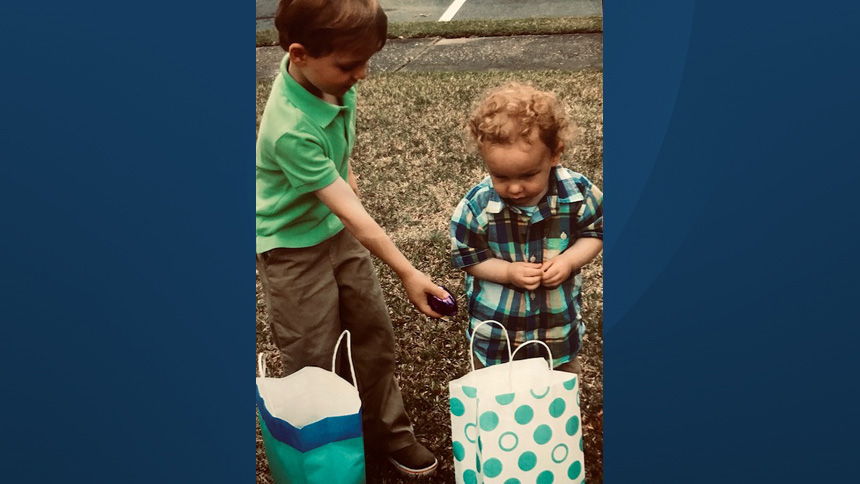 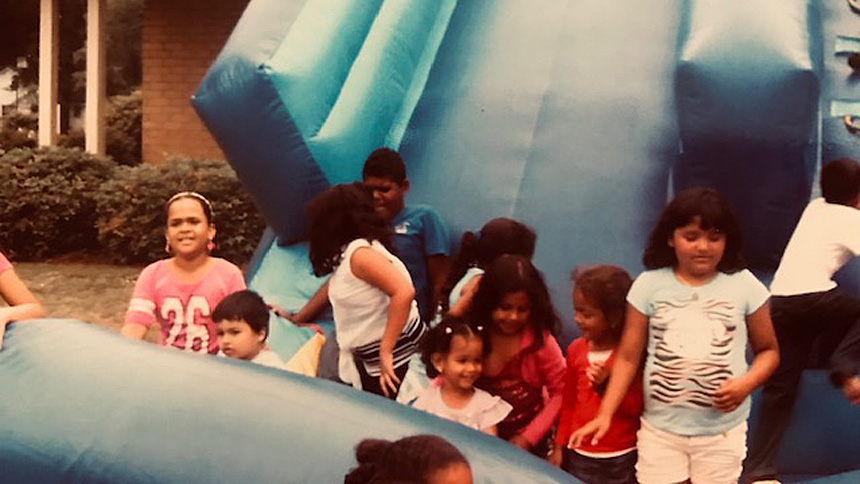