The Roman Catholic Diocese of Raleigh comprises the 54 eastern counties of North Carolina, covering approximately 32,000 square miles. The diocese is divided into eight deaneries with a total of 80 parishes, 17 missions, and four centers for campus ministry. The diocese is served by 147 active diocesan and religious order priests. The diocese includes nearly 500,000 Catholics. In addition to the growing Hispanic population, the diocese has become home to an increasing number of Catholics from the African and Asian countries. Approximately five percent of the Catholic population is native to North Carolina.

Map of the Diocese (PDF) 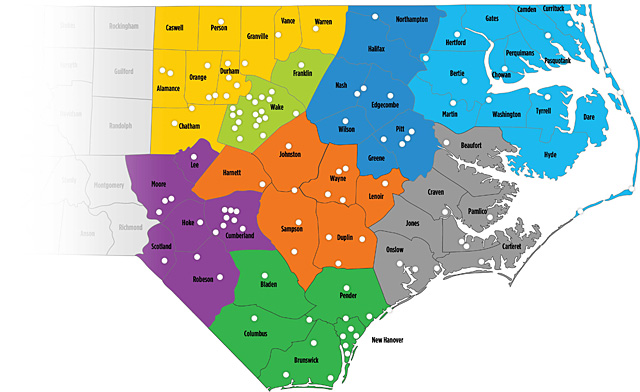