Two ordained to the priesthood 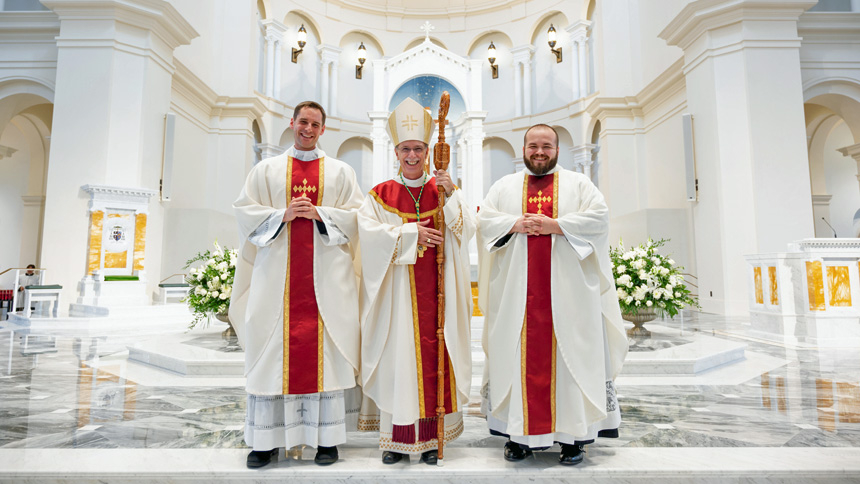 A resident of Raleigh since childhood, Father Steven DiMassimo is a graduate of Franciscan University of Steubenville, Ohio. His home parish is St. Luke the Evangelist in Raleigh. Father Tyler Sparrow also grew up in the Raleigh area. He’s from Angier and calls Sacred Heart in Dunn his home parish. He attended college at St. Charles Borromeo Seminary.

The Rite of Ordination included the presentation of the candidates, election by the bishop, consent of the people, five promises of the elect and the litany of supplication. The laying on of hands, whereby the Holy Spirit is conferred upon those being ordained, occurred just before the prayer of ordination, investiture and anointing of hands.

Father Steven’s friend and former college classmate, Normand Laflamme, was one of the people who presented the bread and the wine. According to the ordination program, “the bread and wine are the sign of the priest’s duty to offer the sacrifice of the Holy Eucharist at Mass and follow the example of Christ crucified.”

Laflamme said the diocese is gaining a humble, joyful man as Father Steven begins his priesthood.

“He will serve the people as such,” Laflamme said. “I was honored [to present the gifts] … It felt like I was offering our friendship [too] and I let that become a prayer. I am very happy to have walked with him through many years … sharing his discernment and his joys as this day came closer and closer. It felt like a day of culmination … something was fulfilled today, and of course just beginning, too.”

Father Steven chose Father Bill John Acosta, who was the vocations director when he began formation, to help him vest in the stole and chasuble, or clothing, of a priest. Father Tyler chose Father Paul Parkerson, who was the priest at his childhood parish and a friend, for that special role during the Mass.

“One of the key moments was the vesting,” said Father Tyler’s mother, Anna-Marie Sparrow. “Father Parkerson trained him how to serve at the Mass. So to see the one who trained him and … helped to cultivate this vocation to be the one to vest him … that filled my heart with joy right there. That was, to me, one of the most beautiful moments.”

In his homily, Bishop Luis Rafael Zarama talked to them personally because “this is your day,” he said to the two men, each sitting in a chair near the steps of the sanctuary with their family and friends behind them.

“Love is something concrete, and the Lord finds ways to let us know every day, through different events and people, how much he loves us,” the bishop said. “The Lord is calling you … you need to serve the Lord with humility, gentleness and patience. That is the key to be able to serve the people … humility is being so open to see and discover the love and the mercy of the Lord in every event in our lives.” 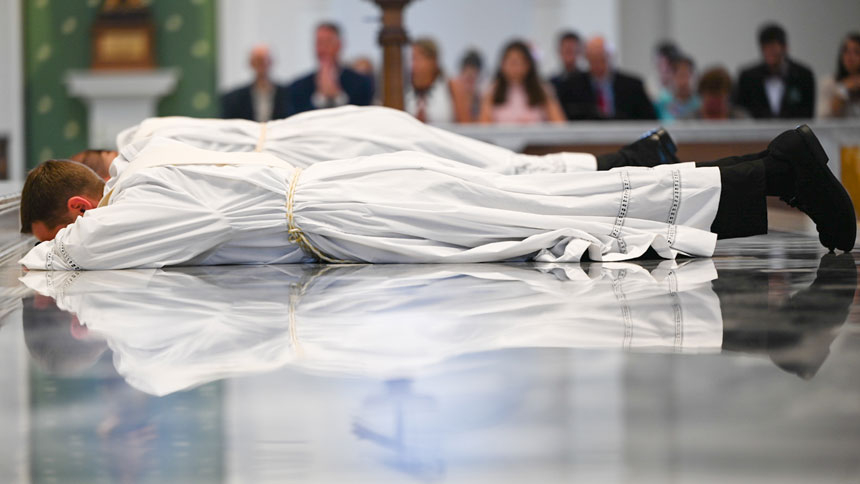 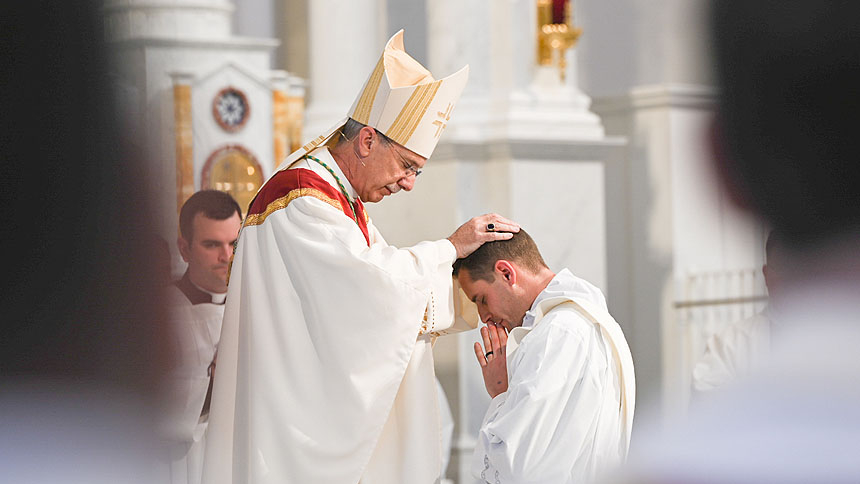 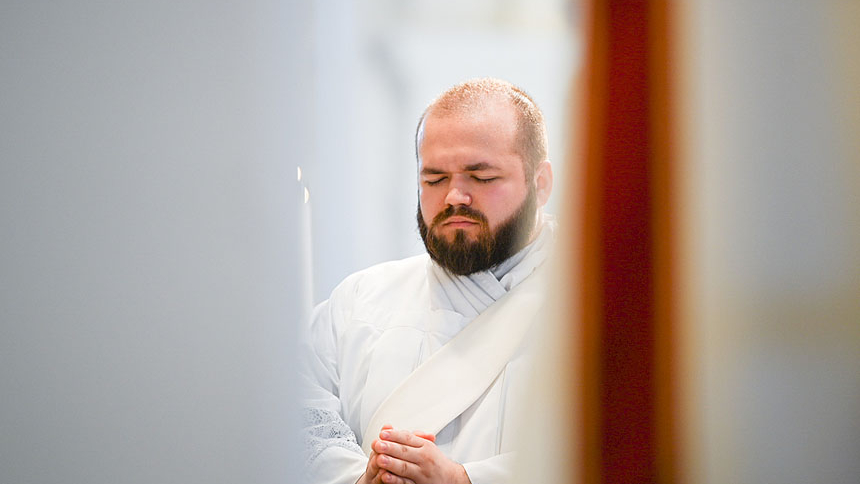 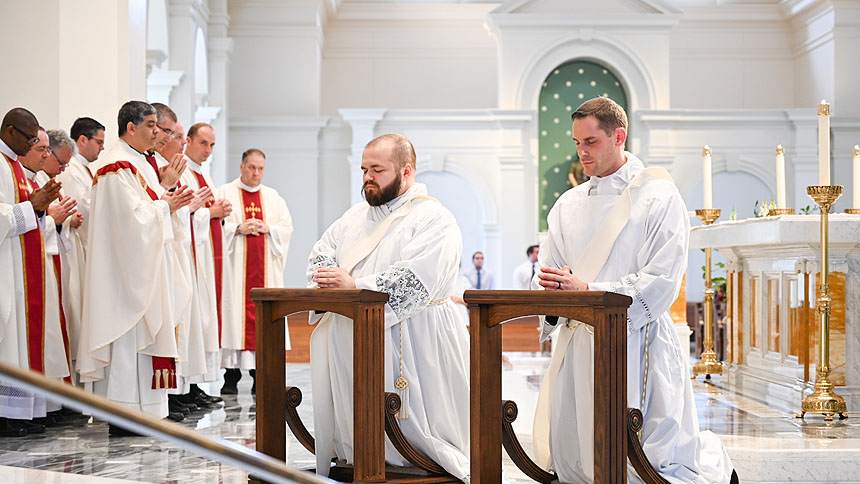 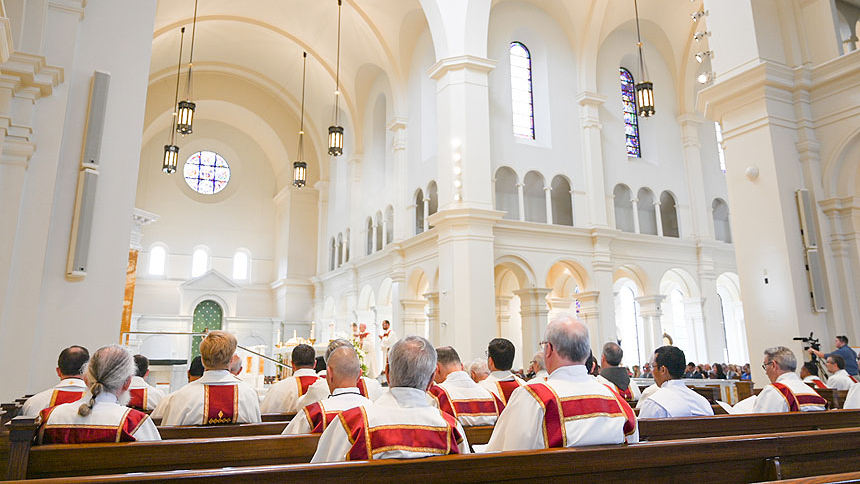 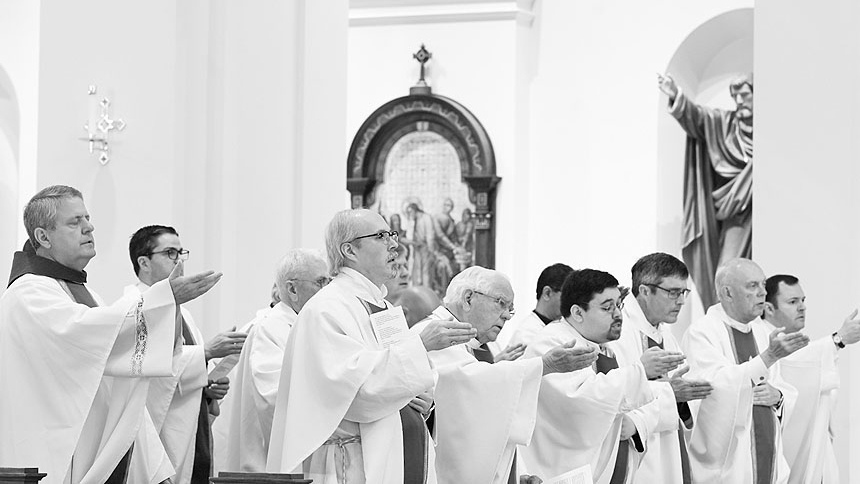 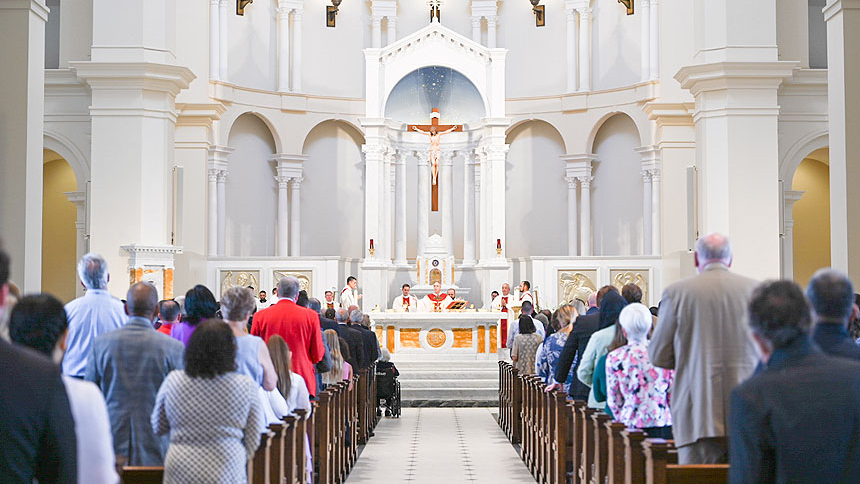 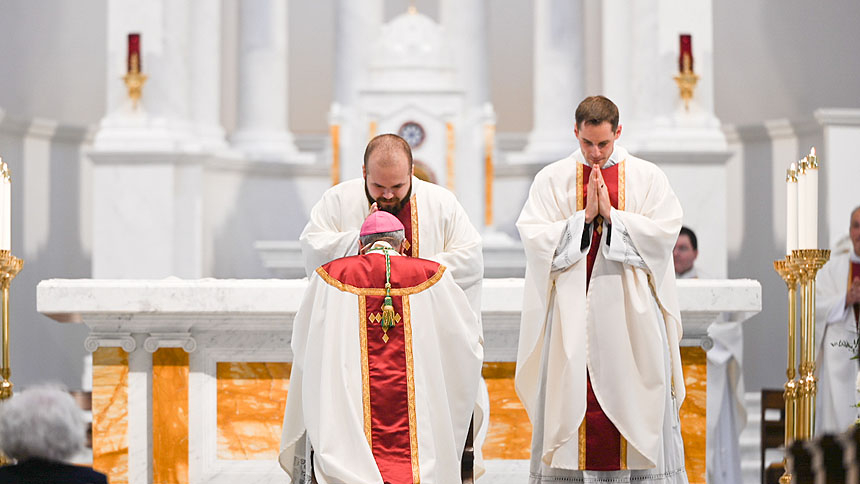 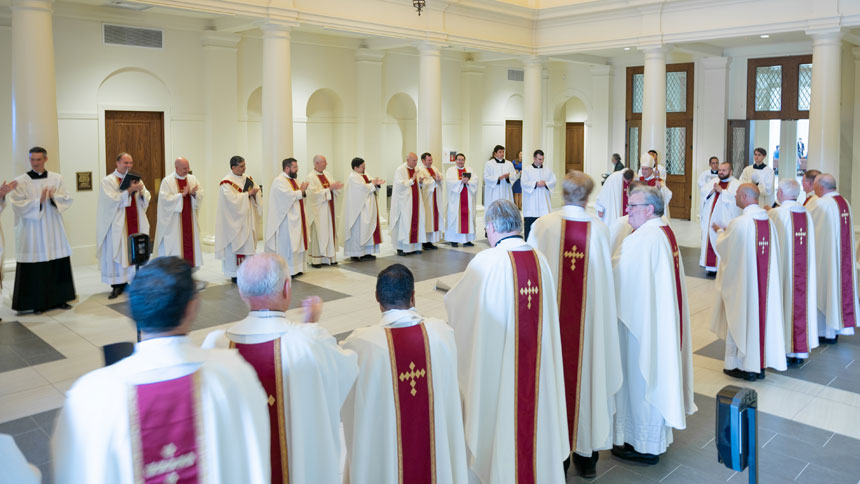