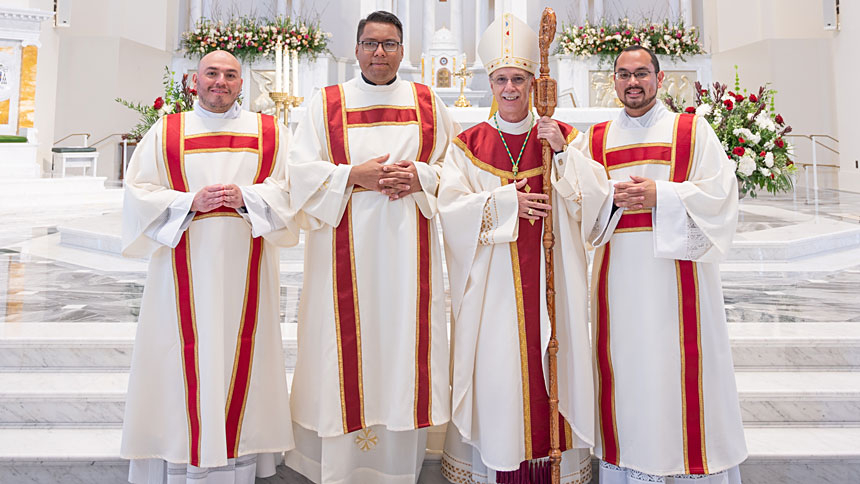 In the Catholic Church, deacons who are preparing for the priesthood are transitional deacons; those not planning to be ordained priests are permanent deacons.

The Rite of Ordination took place during a 10 a.m. Mass, which was livestreamed on the Diocese of Raleigh’s YouTube channel.

The rite included presentation of the candidates, promises of the elect and the Litany of Supplication, during which the three men prostrated themselves by lying in front of the altar as the Litany of Saints was sung.

The three new deacons, who processed into the cathedral wearing simple white albs, were given a stole and dalmatic, which are vestments, or clothing, signifying their ministerial role in the celebration of the Eucharist.

“I think it is a joy for us having the three of them coming from different backgrounds, different nationalities, different cultures. They come to serve this diocese, which is also very unique because it’s so diverse,” said Father Romen Acero, who helped vest Deacon Andrés. “It is a joy for us to know that the Lord keeps calling good people.”

Father Romen and Deacon Andrés are both originally from Bogota, Colombia and serving in the Diocese of Raleigh.

Deacons Erik and Andrés attend seminary at St. Charles Borromeo near Philadelphia, and Deacon John attends Theological College, the national seminary of The Catholic University of America in Washington, D.C.

As deacons they will be able to give homilies and blessings, along with other new responsibilities.

During Mass Bishop Luis Rafael Zarama spoke to them about serving others. He encouraged them to respond with their hearts.

“Knowledge without heart is emptiness,” he said. “To be able to preach … heal … serve you need to have that personal encounter with Jesus.” 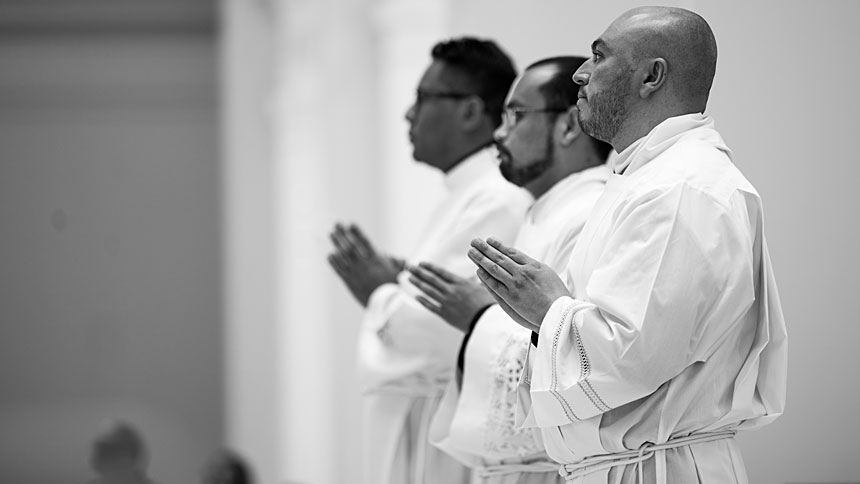 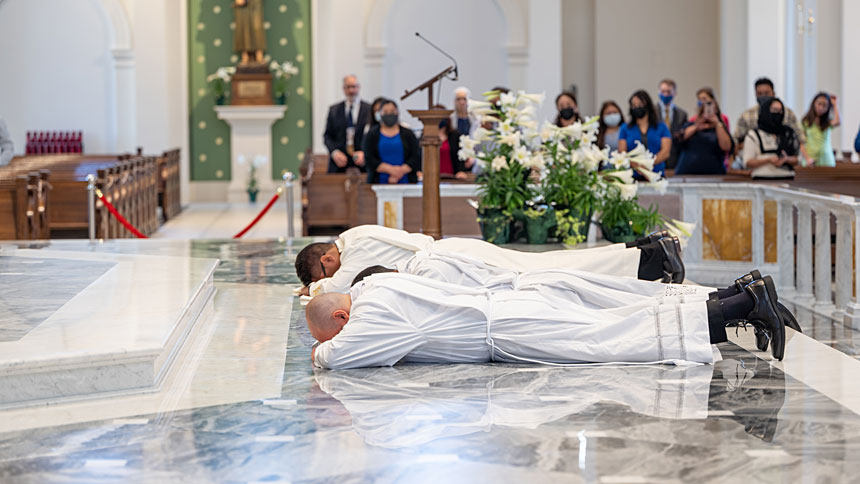 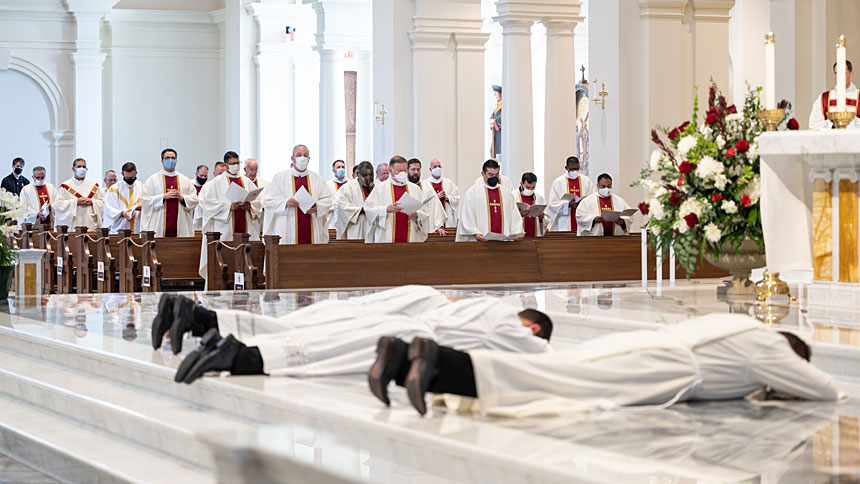 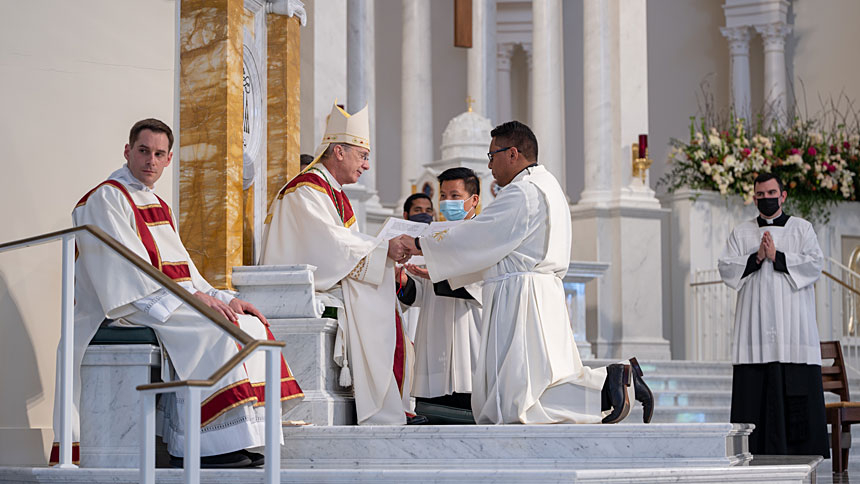 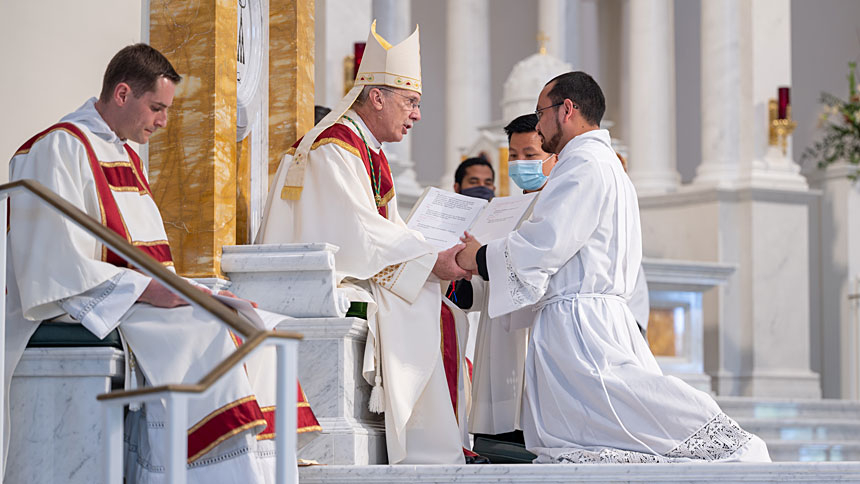 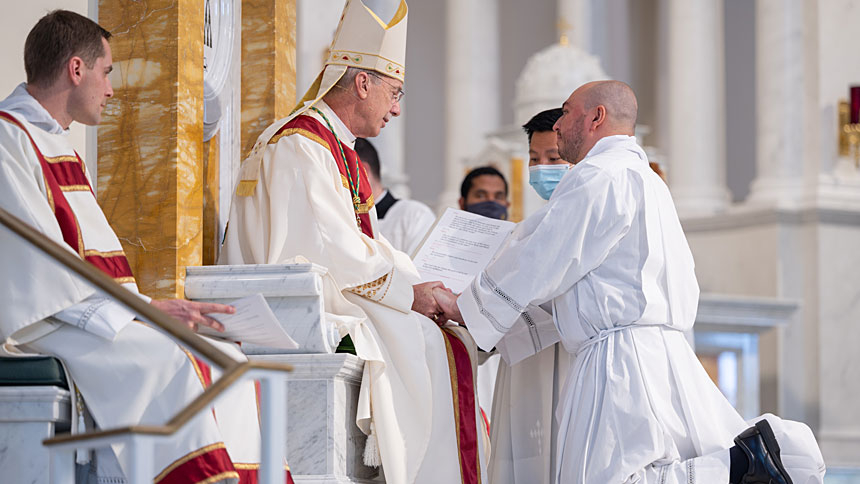 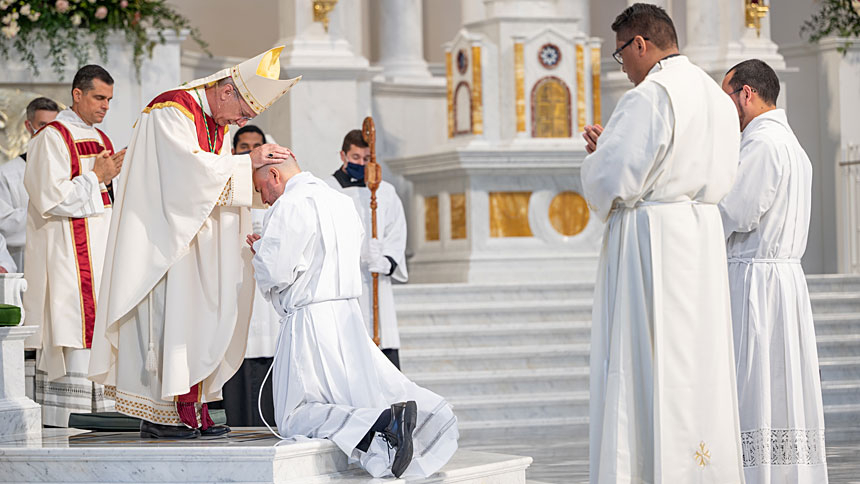 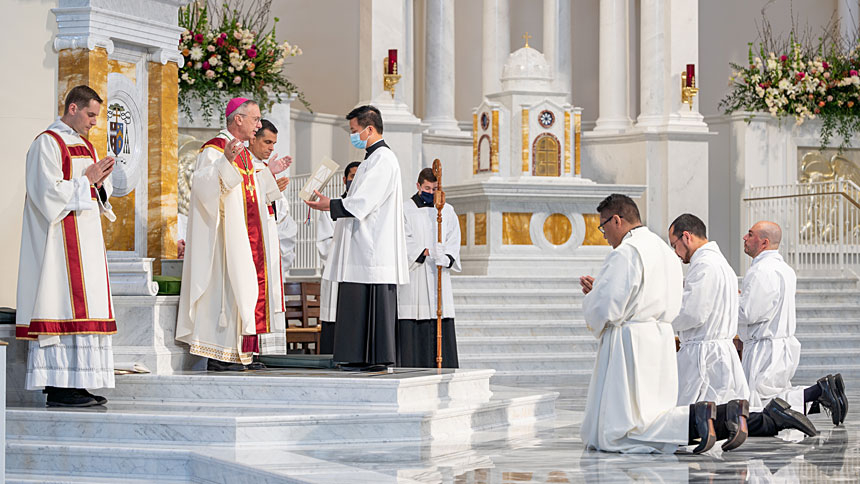 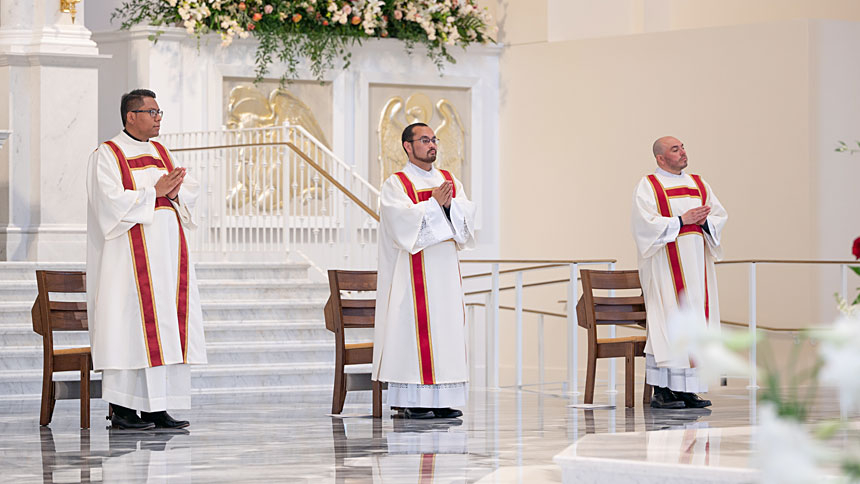 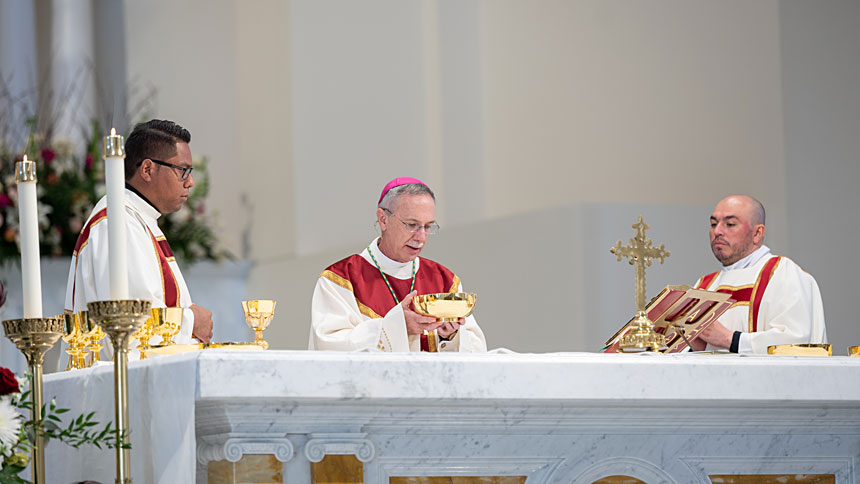 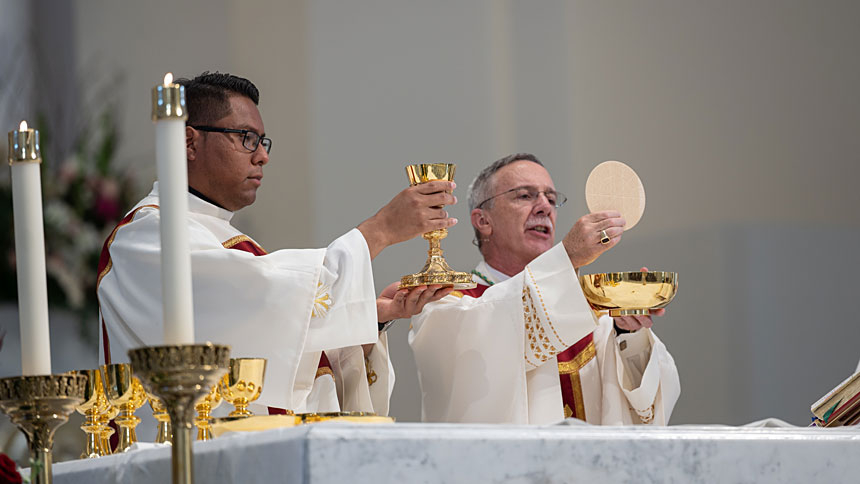 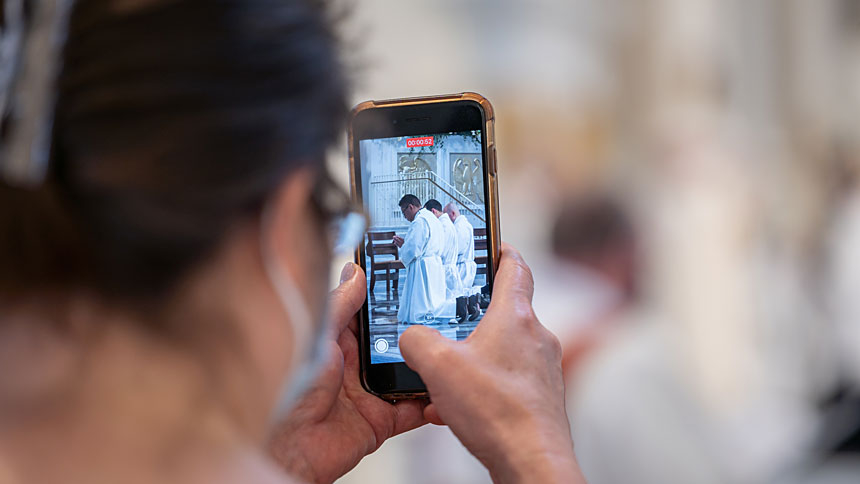