'A powerful moment': Two ordained to the priesthood 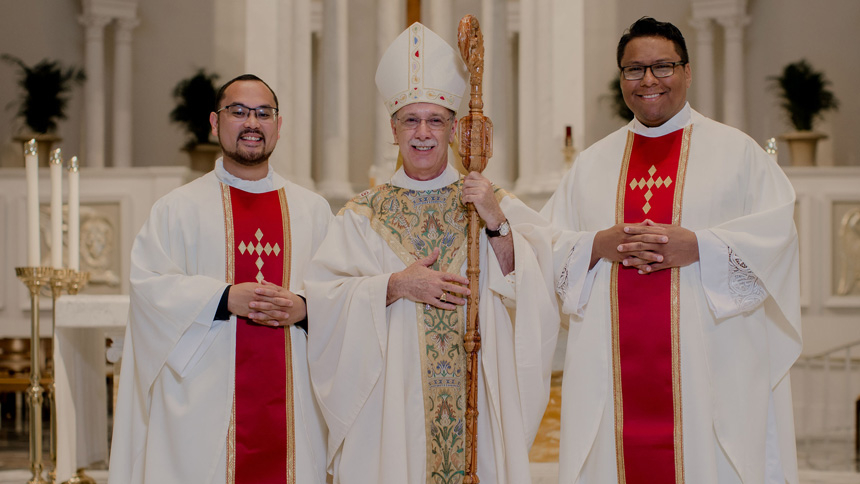 The Rite of Ordination included the promises of the elect, litany of supplication, laying on of hands, prayer of ordination, investiture and anointing of hands.

The Mass, which was streamed live, was attended by many of the new priests’ family members and friends, including parents Jane and Sonny De Guzman and Bertha and Hugo Reyes.

Prior to ordination, each of the elect said that the laying on of hands, where all priests in attendance put their hands on the heads of those to be ordained, would likely be a special moment for him during the Mass. This tradition has its roots in an ancient text, according to the ordination program, and allows the Holy Spirit to be conferred upon those to be ordained.

“It’s a powerful moment … kind of like a welcoming to the brotherhood of the priesthood but at the same time receiving all their prayers and blessings,” said [then] Deacon Erik.

The symbolism is meaningful, said [then] Deacon John, who added, “It shows the unity of the order of the presbyterate, that shows that the Holy Spirit is the one doing all of this and he’s the one that unites us all together.”

The Mass was attended by priests from other dioceses as well as from the Diocese of Raleigh.

“It brought back my own ordination,” said Monsignor John Williams, who attended the Mass to celebrate with the new priests. “I think many of the priests who attend are transported back and remember their great sense of the mystery of grace. I felt the same affirmation when I received the laying on of hands … and it was very renewing. That grace still flows.”

During the investiture portion of Mass, the newly ordained priests, who entered the cathedral wearing deacon’s stoles tied at the side, adjusted their stoles to be worn on both sides.  They also donned the chasuble (or robe) of a priest.

Each new priest was asked to select a priest to help him with investiture. For Father John, Father Michael Schuetz, pastor of Mother of Mercy Church in Washington, North Carolina, assisted with vesting. Both attended St. Thomas More Academy for high school and were classmates in seminary at Theological College in Washington, D.C.

Father Erik asked Father Rafael Leon, pastor of St. Joseph the Worker in Warrenton, to assist with his vesting. Father Leon was his parish priest and helped nurture his call to the priesthood by talking with him about the life of a priest.

Now that they are ordained, each will begin his priestly vocation as a parochial vicar, who assists the pastor, at a parish. Father John will begin that work June 28 at St. Michael the Archangel in Cary; Father Erik begins the same day at Holy Name of Jesus Cathedral in Raleigh.

“The thing that I can say is ordination is a beautiful thing for our diocese and for all the Christian faithful,” said Father Erik. “It’s also the fruit of all the hard work of the faithful in our diocese because of their donations to the BAA and vocations and all the prayers that they do for the seminarians and the people who are discerning to be a priest. This is a moment when everybody can see the fruit of their work.” 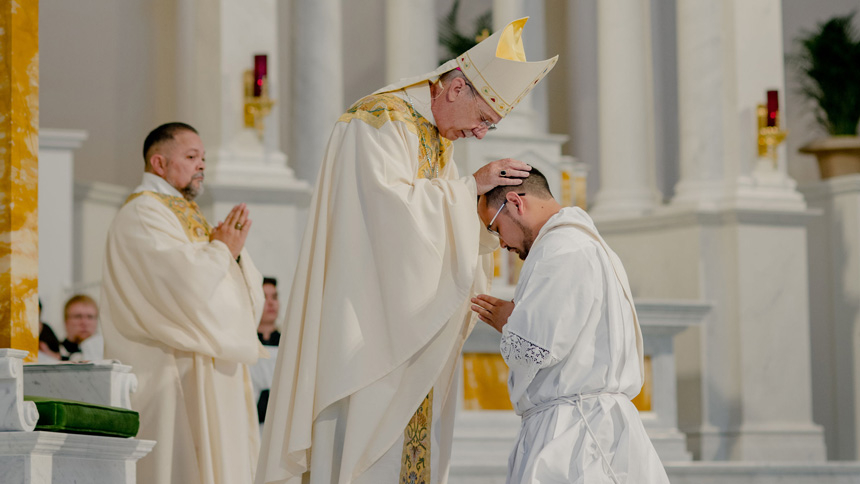 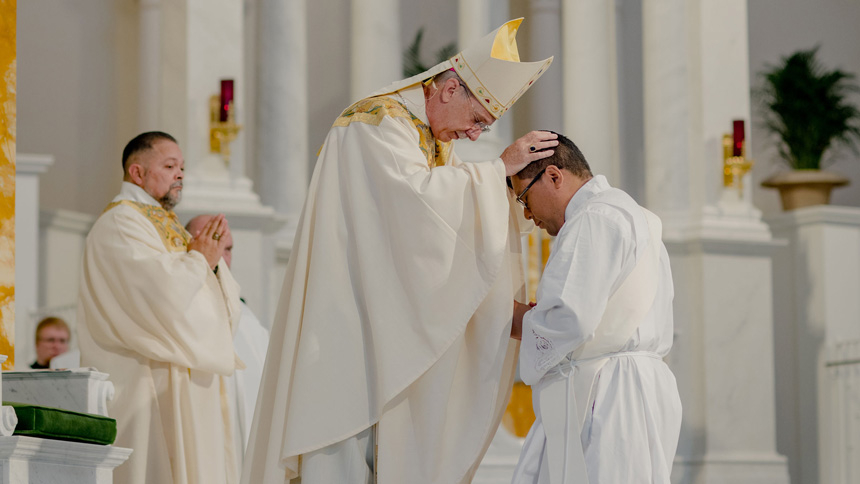 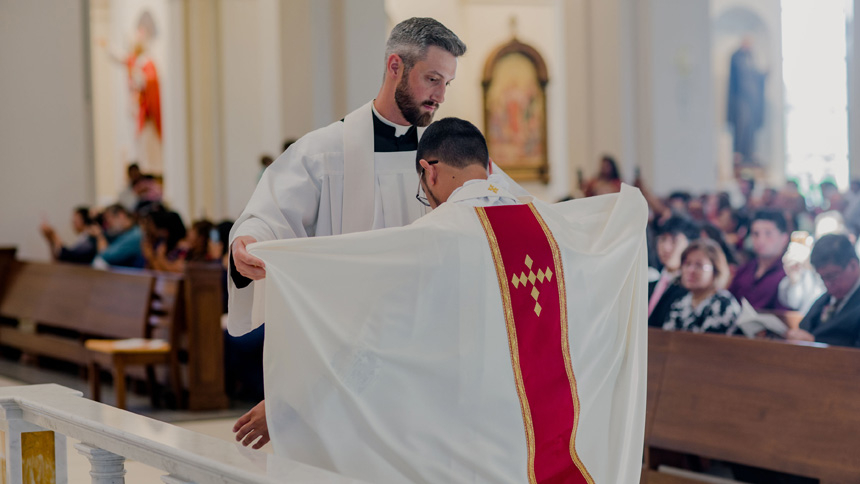 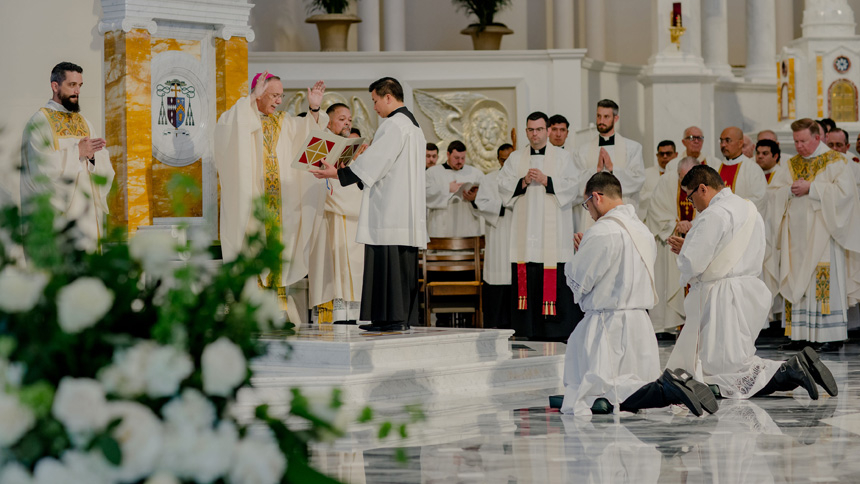 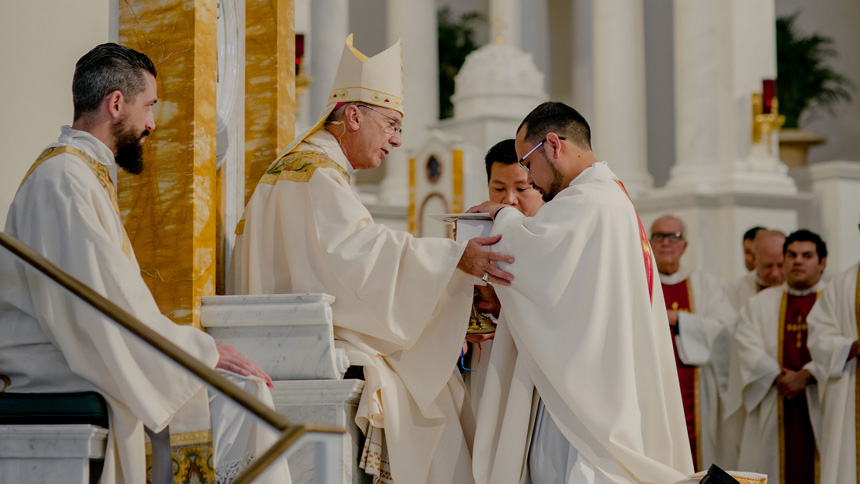 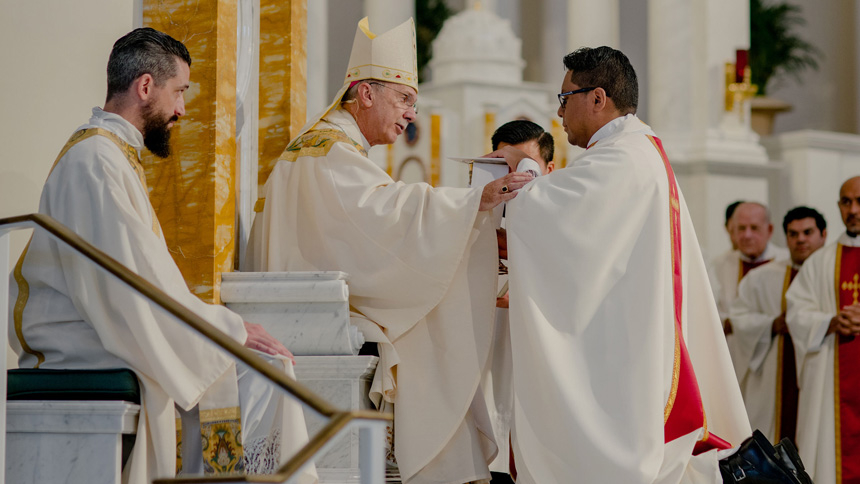 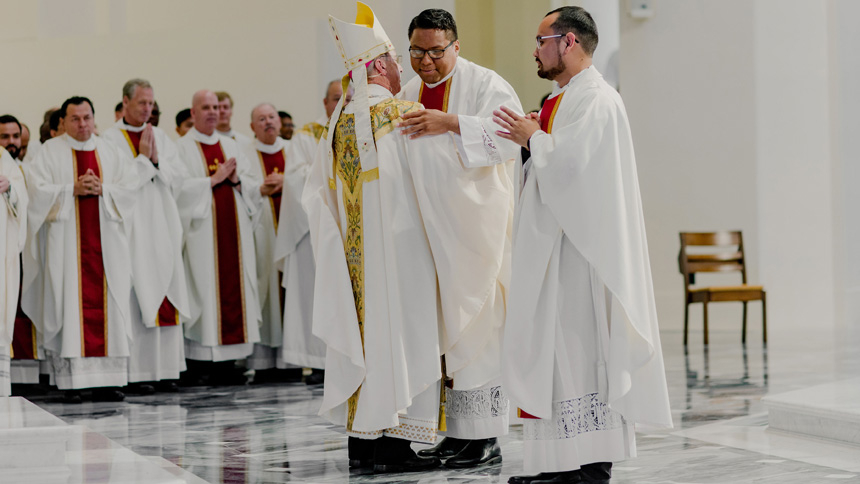 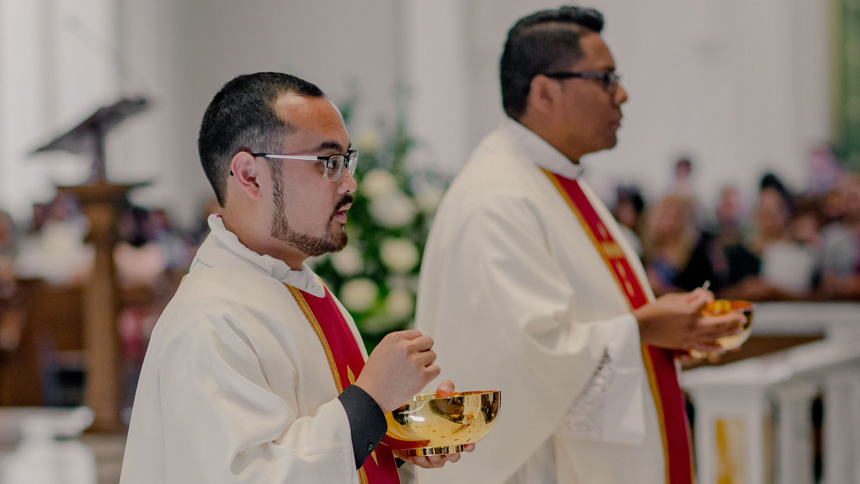 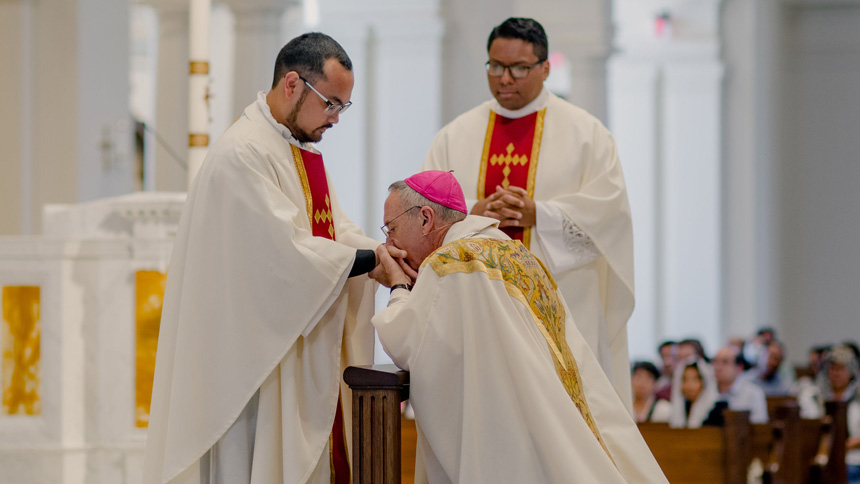