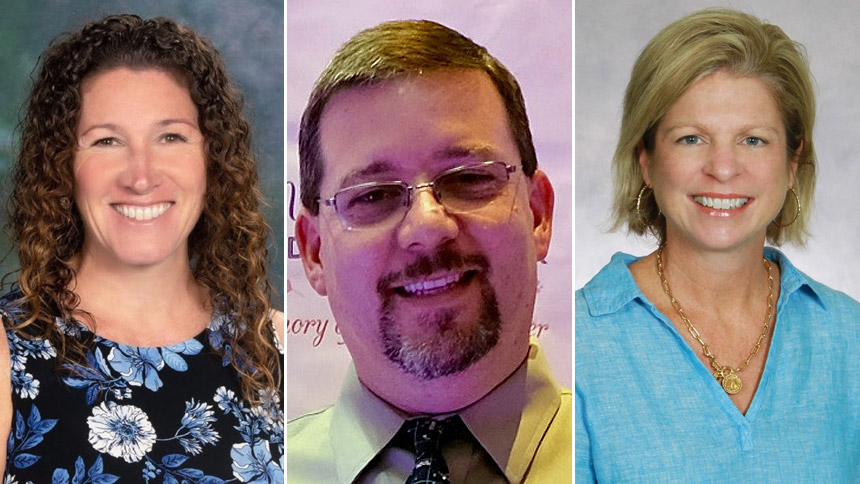 Above, from left: Kelly Champion, Alan Johnson and Carrie Talton.

The Lewis Award committee recently announced three finalists for its 2021-2022 Excellence in Teaching Award. The finalists were chosen from 19 candidates nominated by schools throughout the Diocese of Raleigh.

The winner will be announced in March.