'A grace recovered': What to expect on Ash Wednesday 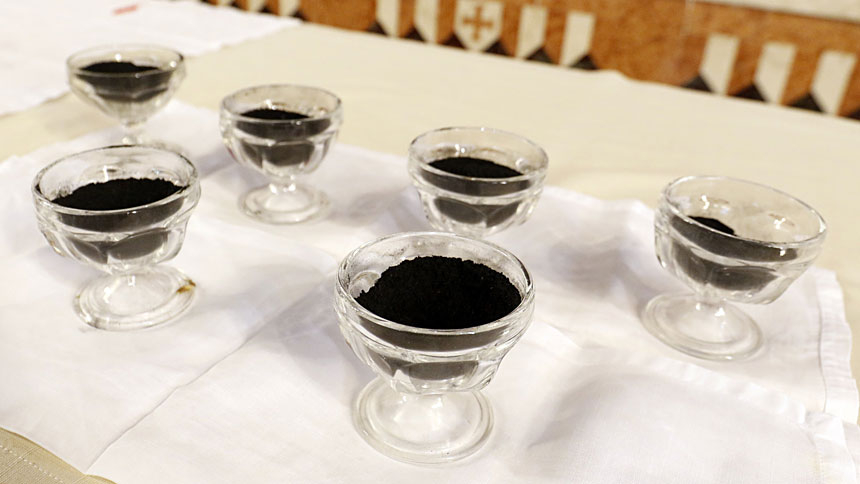 Father Jim Sabak, O.F.M., has fielded a lot of questions recently about Ash Wednesday. People, he said, want to know what to expect given the pandemic.

Ash Wednesday is, historically, one of the busiest days of the Church year. Even though it is not a holy day of obligation, it’s a popular day for Catholics to attend Mass and begin Lent.

In an effort to limit physical and verbal interaction, two things will be different in the Diocese of Raleigh this year when it comes to receiving ashes.

Sharing and receiving ashes on the forehead, which most Catholics are used to, requires close proximity between people, even closer than receiving Communion in hands, he said. Therefore, the diocese will follow a new process whereby a person will receive ashes on the top of their head in a way that’s similar to dusting a pinch of ash, which is from the burned palms of Palm Sunday.

Also, the words – “You are dust and to dust you shall return” – Catholics are used to hearing as they receive ashes will be said once for the entire congregation before people come forward.

The new process, which limits interaction, is in keeping with what the Congregation for Divine Worship and the U.S. Conference of Catholic Bishops suggest.

“It’s also the appropriate way that is listed in the Roman Missal for ashes to be received. It’s said that ashes are placed on the top of the head,” said Father Jim, who is the director of Divine Worship for the diocese.

While he’s pastorally aware that some Catholics are bothered by the thought of deviating from tradition and have fatigue from “What more new thing can I deal with?” during the pandemic, he said he hopes for a focus on the deeper meaning that ashes are a sign of moving into a life that is better than the life we are living now ... from death to life.

“It’s always about learning. The pandemic is filled with all kind of graces and wisdom recovered. And this is what the pandemic has offered us – opportunities to learn more about what it means to be people of faith,” he said. “Can we approach it like that? It’s not to be ‘Pollyanna’ and ‘it’s just all great,’ because it’s not. But is this an insight that allows me to see something I had forgotten or maybe never knew?”

Father Jim said he hopes that when it’s safe for people to receive ashes on the forehead again in the future, they will understand more about why they are receiving them.