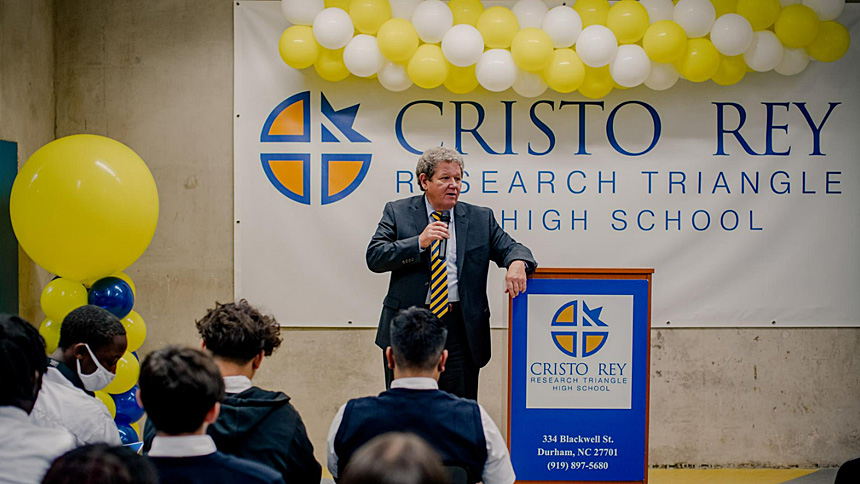 Dr. Fedewa led a distinguished career. He served as the Superintendent of Schools for the Roman Catholic Diocese of Raleigh for more than 25 years. During his tenure, he opened one preschool, six elementary schools, and one new high school in the Triangle. He is a recipient of the Monsignor Gerald Lawrence Lewis Lifetime Achievement Award in Catholic Education, the North Carolina Champion of School Choice Award, and the Pro Ecclesia et Pontifice Medal. Prior to joining the Diocese of Raleigh, Dr. Fedewa served as a principal and teacher in Granville County Schools.

Cristo Rey Research Triangle High School will be led by an interim president starting in January.