At St. Joseph, Warrenton, ‘everyone wants to help’ 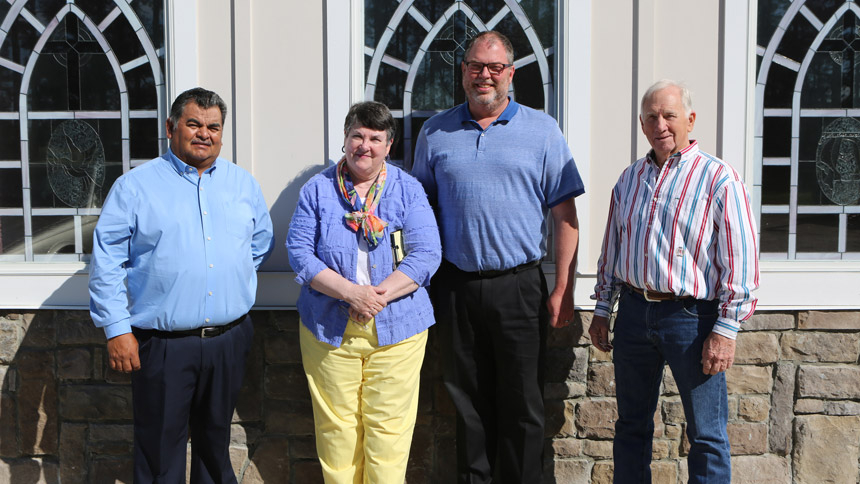 WARRENTON – St. Joseph the Worker Catholic Church is a small parish that has slowly been built from nothing into the community that exists today. The church is committed to serving others and cultivating a welcoming environment.

The Catholic community in Warren County has humble beginnings and can be traced back to the Vaughan family in the 1940s and ‘50s. Though there was no Catholic church in Warrenton at that time, the family was committed to worshipping there.

The closest Catholic church was in Henderson, where the priest would frequently take the train to Warrenton to say Mass in private homes.

John Riggan, who comes from one of the original families who worshipped in Warrenton, remembers going to his aunt’s home for Mass. Eventually they ran out of room, Riggan said.

When this happened, a local hotel called the Colonial Lodge was used for Sunday Mass. Parishioners traveled to Henderson for Mass on holidays.

Riggan remembers taking the journey to Henderson, packed into the back of his aunt’s car, because his family didn’t have one.

“That’s where I had my First Communion,” Riggan said.

When Lake Gaston was developed in the early ‘60s, residents traveled to Warrenton to attend St. Joseph. The property the church now stands on was soon bought and the construction of the church building was finished in 1962.

In the beginning, the church was outfitted with modest folding chairs. As the church grew with the surrounding community of people inhabiting Lake Gaston, pews were installed.

In 1999, Sister Margaret Gallagher came to Warrenton to be the pastoral administrator at St. Joseph. When the church eventually purchased the land behind it, Sister Margaret lived in the house on the property. She stayed there and became an integral part of the church until her retirement in 2010.

What began as a small circle of families saying Mass in private homes is now the church community of St. Joseph the Worker that serves a little more than 100 people.

The parish is committed to service and supports its community by contributing to Loaves and Fishes, the local food pantry, Bridget Marlin, a member of the choir at the church said.

“I think the beauty of St Joseph’s is that as a mission parish, we realize that if it’s going to happen, we have to make it happen,” Marlin said. “You have to pick up the shovel or help out in some way to make it happen. That’s what keeps us together as a community.”

The community is completed by both people native to Warrenton and those who have come to call it home after moving to the area.

Mark Ensor, a parishioner who used to go to a larger parish before he moved to the lake, said he liked the community that came with life at St. Joseph.

In recent years, the number of Latino parishioners has increased, prompting the church to start offering a Mass in Spanish once a month.

Along with Father Rafael Leon-Valencia, pastor, Porfirio Reyes is one of the people who celebrates that Mass. Reyes said that the church community has been a blessing in his life, and he hopes to help bring others into the community.

“This is a small community, but everyone is working together arm in arm,” Reyes said. “I hope we make it bigger and stronger.”

Pope Francis has dedicated this year, the 150th anniversary of Pope Pius IX’s declaration of St. Joseph as patron of the Universal Church, to St. Joseph. Father Rafael said he looks to him for inspiration in his work.

“St. Joseph is a good patron for this community,” he said. “He was a hard worker, very obedient to God. An example of fatherhood.”

I think the beauty of St. Joseph’s is that as a mission parish, we realize that if it’s going to happen, we have to make it happen. 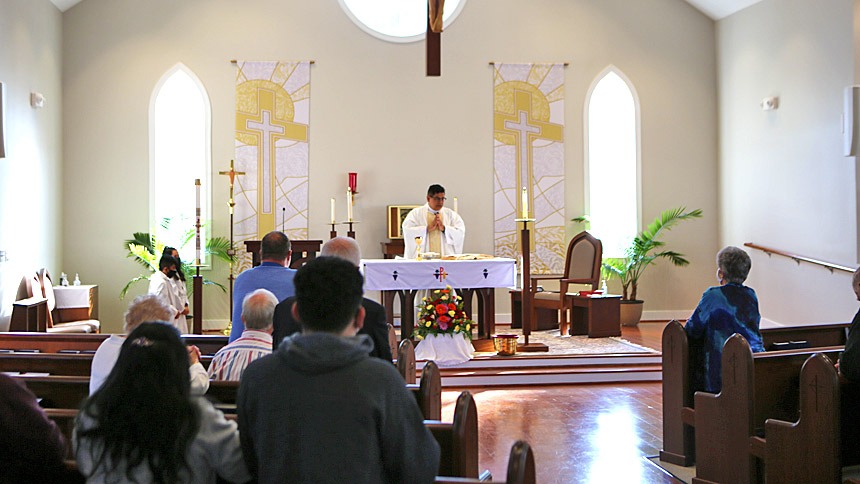 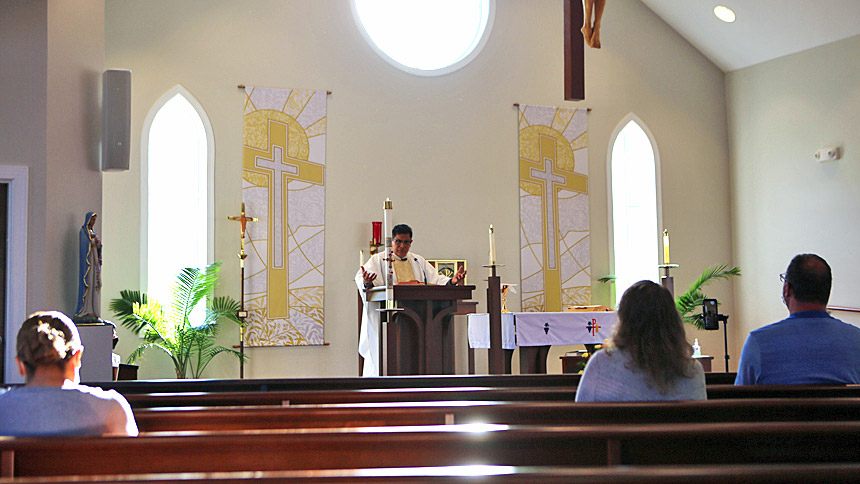 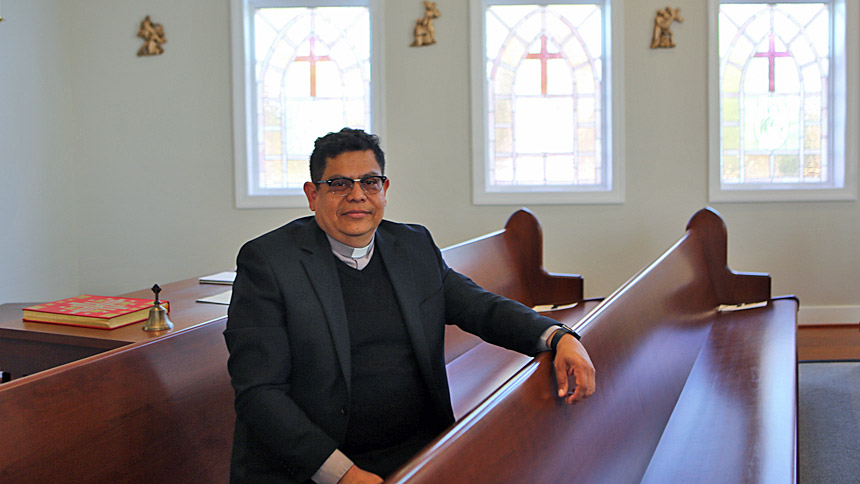