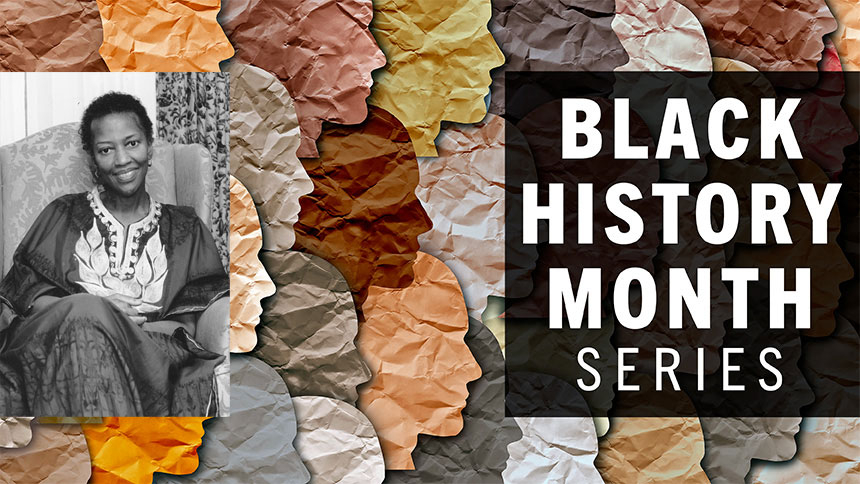 At nine years old, Bertha Elizabeth Bowman developed a spiritual curiosity that began her journey to become one of America’s great Black Catholics and champion of African American Catholic spirituality.

Bertha was born into a Baptist household to middle-aged parents, Theon Bowman (a physician) and Mary Esther Bowman (a teacher) in Canton, Mississippi. Growing up, Bertha loved asking questions to seek insight into how her elders lived, survived and thrived. In doing so, she was exposed to the richness of the African American culture that she would later share with the American Catholic Church. These treasures included the stories, the music, the prayers, the food and customs just to name a few.

When she was old enough to attend school, her parents enrolled her at Holy Child Jesus Catholic School, led by the Franciscan Sisters of Perpetual Adoration and the Missionary Servants of the Most Holy Trinity. Through their influence and the nurturing of Bertha's faith she converted to Catholicism at age 9.

She was so impressed with the dedication and work of the sisters, at age 15, Bertha told her family and friends she wanted to join the Franciscan Sisters of Perpetual Adoration. She left the school to join the St. Rose Convent in LaCrosse, Wisc.

When she entered the novitiate, Bertha was given the name Thea, in honor of the Blessed Mother and her father, Theon. Her religious name means “God,” and she became Sister Thea Bowman.

Sister Thea earned a doctorate in English literature and linguistics from Catholic University of America. During her academic years, she developed a deep appreciation for her identity as an African American Catholic.

Throughout her ministry, she encouraged Black Americans to embrace and celebrate their identity. As a poet, teacher and evangelist, Sister Bowman educated bishops on Black history and spirituality. She challenged them to continue evangelizing the Black community, encouraging participation of Blacks within Church leadership, and to understand the value of Catholic schools in Black neighborhoods.

Sister Thea served faithfully from the mid 1950’s until her death on March 30, 1990. Her canonization cause was opened by the Diocese of Jackson in 2018 and was declared a servant of God, a step toward sainthood. She currently shares this journey with five other Black American Catholics, and if according to God’s will, she will be the first American-born Black saint.

To learn more, visit the Sister Thea Bowman Cause for Canonization page.