A Black History Moment: Behind the Mask 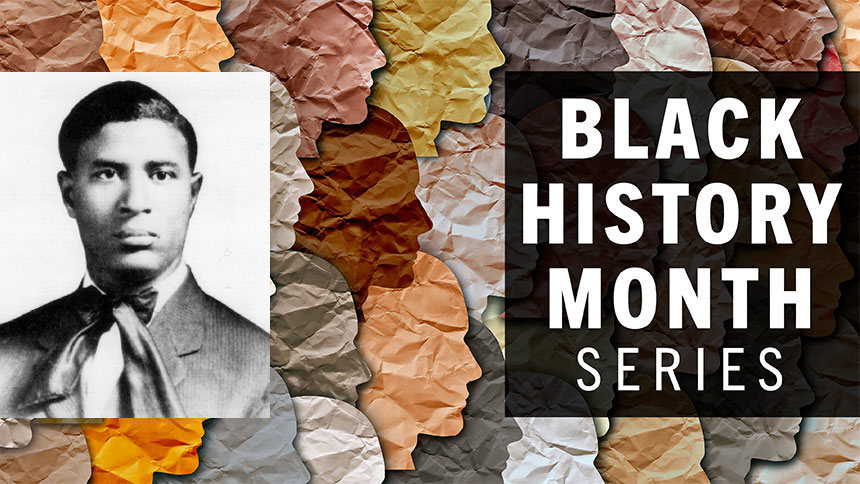 From early abolitionists, to being the first in many states to integrate schools, the Catholic church has often been on the forefront of Civil Rights issues. The example of Jesus Christ demands that we treat all people with love, respect and dignity. However, we still have a long way to go to ensure that all of our brothers and sisters, who we know are equal in the eyes of God, are also equal in society. With that in mind, the Diocese of Raleigh presents important stories and histories of African Americans who have made incredible contributions to society. These pioneers and leaders not only overcame incredible odds to accomplish what they did in their time, but they created innovations and made impacts that are still used and felt today.

The life we honor this week is notable due to his incredible genius, imagination and selflessness. Garrett Augustus Morgan, born in 1877 in Paris, Kentucky, is an inventor, an entrepreneur and, perhaps most of all, a literal saver of lives.

As we are now more focused on the importance of masks for personal safety during daily activities, it is hard to imagine there was a time when people who needed them most, like firefighters, did not have proper protection for their face and lungs.

Morgan changed that, creating the earliest version of the respirator mask called the “Inspirator.”

Driven to excel from a young age, Morgan dropped out of school at age 14 and moved from Kentucky to Cleveland, Ohio, where he eventually was employed at a sewing-machine shop. There is where we can say his Science, Technology, Engineering and Mathematics (STEM) education began. Morgan started envisioning ways to improve upon the sewing machine. He designed a belt fastener which he was able to sell for $150 ($4,294 in today's money).

Eighteen years later, Garrett opened a clothing manufacturing company and continued to invent new devices. His curiosity led to an interest in employee safety which, in turn, led to the invention of a safety hood he called the "Inhalator.” He patented the device in 1912 (patent #1,113,675) and it became the early version of the gas mask. The Inhalator won the grand prize for the invention in 1914 at the second International Exposition of Safety and Sanitation.

He famously used the mask to help rescue workers in a collapsed tunnel under Lake Erie in 1916. After the story made national news, orders for his mask skyrocketed and it eventually became what we know as the gas mask, saving the lives of soldiers and front-line heroes around the world.

In addition to the gas mask, Morgan invented the modern traffic signal after witnessing a roadway collision. Read more about this incredible man.