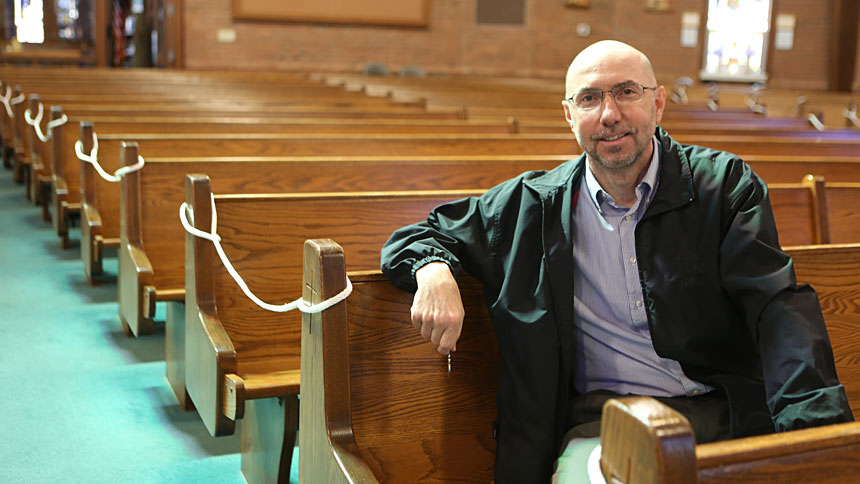 On March 11, 2020, the World Health Organization declared the coronavirus outbreak a pandemic. Father Roch Drozdzik, pastor of St. Mary Church and School in Goldsboro, talks about his experience.

NC Catholics magazine: What did you first notice in March of 2020 as things progressed with the coronavirus?

Father Roch: I noticed small changes at first. We were receiving communications from the diocese. Bishop Luis was asking us to be careful, exercise precautions, to sanitize hands, not to shake hands during Mass, to discontinue Communion from the cup; but he said we would continue to celebrate Mass.

I remember reading excerpts of the bishop’s letter during the Saturday Vigil Mass, but by the time we finished Mass, the letter was already outdated because the executive order from the governor came in declaring … everything to be discontinued. Fifteen minutes later, Bishop Zarama’s message followed asking us to comply.

At that point my Spanish congregation was already seated in the church so that was the last Mass celebrated at St. Mary, with people present, for three months.

The next day, Sunday morning, was probably the worst day in my entire priesthood. I didn’t just want to lock the doors; it was Sunday, and since not everyone got the news, some people still came to church. So, a couple of parishioners, our school principal, her husband and I stood at the doors as people arrived for Mass, and we had to tell them to go home, there was no Mass. And there we were on Sunday morning, March 15, telling people to go home.

And then I was like, ‘Now what?’ And the reality hit all of a sudden. I thought, 'Am I going to have to close down the parish? What is going to happen to the parish, and to the school?'

We had about 50 employees between the parish and the school. And Monday morning came and everything was quiet.

NCC: What was challenging for you, as a pastor?

FR: It was probably the worst experience of my priestly life. As a priest, I never thought I would have to turn people away from Mass.

I was thinking, ‘What is going to happen now to the parish, to the school? What about our financial situation? Three more weeks, and are we going to let everyone go and close everything down?’

I was in a state of panic in a way; and it hit me real hard. But then I realized, the very first week and the second week, offertory money was coming in the mail. And I thought, ‘Wow, maybe we are going to survive.’ Many of our parishioners were still sending in their contributions. Obviously, we took a big hit, but there was some support coming in and maybe we could still function.

NCC: How did it feel presiding over Mass in an empty church?

FR: Mass without the people felt very weird. I celebrated Mass in front of a cell phone camera. We had a little table, put a tripod on the table, and mounted the phone on the tripod. And we were livestreaming. It felt very weird the first time, then less weird the second time, then it became the norm. We celebrated Holy Week that way!

The feeling of being disconnected was challenging. Normally, we have activities, Mass, meetings, we have people on site, and all of a sudden, I’m talking to a camera and an empty church. But I tried to make it as real as possible for the people at home. To encourage them to pray, pray for each other, for those who were affected by the pandemic the most. There were a lot of prayers for each other and people we knew who got sick. We had so many people who came down with the virus.

People were very appreciative that we were livestreaming Sunday and then eventually daily Masses, and being informed with my video communication of hope. We had to find ways to experience joy, to adjust, ways to accept and to pray, and stay close to God and each other.

In about early June, we were able to get back to Mass with all of the restrictions in place.

NCC: What were the successes?

FR: I think our school was an immediate success. Our principal, Lynn Magoon, quickly regrouped, reorganized, trained her teachers to teach online, and we only had like a day, day and half of a break, and we started teaching online almost immediately. They finished the school year online.

We received the PPP money and that protected our employees. I know there was some upheaval over ‘Why is the Church receiving federal money?’ But it wasn’t the Church that received it; it was the employees -- people who work, regardless of whom they work for.

One of the big successes was that we stayed connected. We kept the community together as much as it was possible. Over the summer, we prepared the school, added space, converted the gym and cafeteria to classrooms to have smaller groups in order to observe social distancing. Then came August. Our students returned to school. It took a lot of effort to keep everyone safe though. We were blessed… we continued in school without interruption until Christmas break, and then again in January. Our students returned in January, and now we are in the second half of March, and they have been in school uninterrupted; but it takes a lot of work and precautions daily.

NCC: What did you learn?

FR: I learned how quickly life and life’s circumstances can change. I learned how weak and vulnerable we are, how susceptible to disease, how fragile I myself am because I took it so hard personally, but then we got used to it. I had to be the tough guy and provide leadership you know, I’m the pastor here. I also learned how generous our people are and how patient we can be with each other.

NCC: What do you hope for the future?

FR: I don’t want any “new normal”; I want us to be able to go back to the “normal normal.” Eventually, I want all of us to be able to interact the way we used to; I hope we can function and interact without covering our faces, when we can shake hands and don’t have to be afraid of each other and stay six feet away. Yes, I’m hoping we can go back to normal. Those are my hopes.

Father Roch Drozdzik is a native of Poland and began seminary in his home diocese. When he had the opportunity to finish his studies in the United States, he moved to Michigan to do so. During his seminary studies he applied to the Raleigh diocese. Among the many reasons why he decided to come to North Carolina, he says, he wanted to live in a little warmer climate. After visiting Raleigh and talking with [then] Bishop Joseph Gossman, he was accepted into the diocese, ordained here, and has served here since.

Father Roch has served as a priest in Pinehurst, Kitty Hawk, Edenton, Kinston, Fuquay-Varina and Wallace.

As a young associate pastor, he was asked to take a youth group snow skiing. He told NC Catholics, “At first, I didn’t really want to go because I came to North Carolina to be warm, not cold!” But he went, and then he developed his passion for skiing. “Mountains can teach you some humility,” he says.

He will celebrate his 25th priestly ordination anniversary June 22. 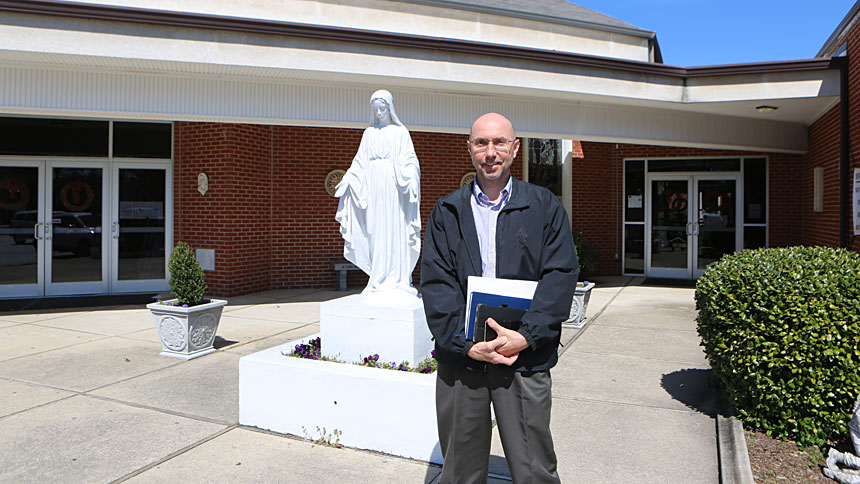 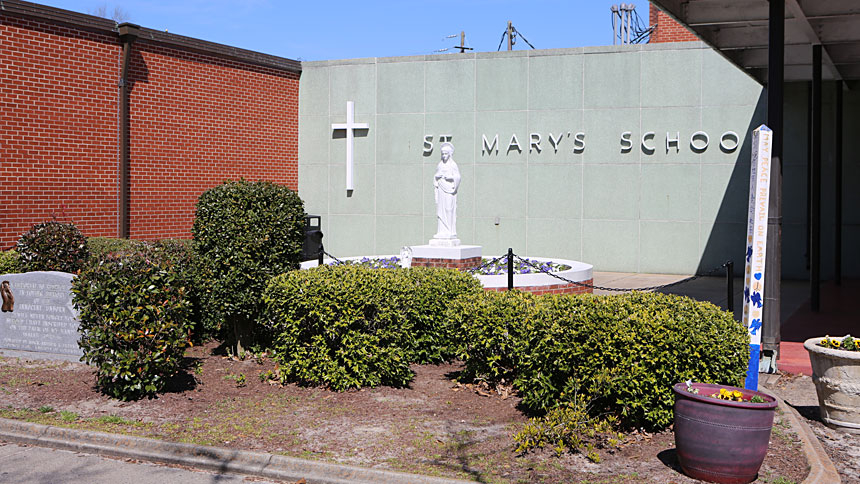