From Rome to Raleigh: A controversial papal history is brought into the light 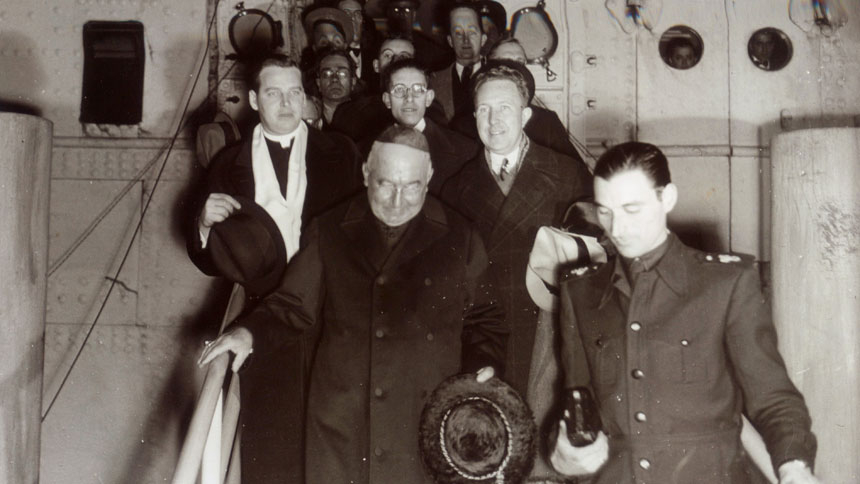 There are standard practices. And exceptions. Consider the papal archives, which the Vatican usually opens to researchers 70 years after the end of a pope’s tenure.

But it’s happening March 2 thanks to Pope Francis.

The change is in response to decades of fierce scrutiny about WWII and accusations regarding the actions of Eugenio Pacelli, who adopted the name Pius XII after his election to the papacy.

“The Church is not afraid of history,” Pope Francis said in 2019 about the decision to open the archives on March 2, 2020, the 81st anniversary of the election of Pacelli to the papacy.

Most recognizable of the accusations against Pius XII is the 1999 book by British journalist, John Cornwell, scathingly titled, “Hitler’s Pope: The Secret History of Pius XII.”

The book covers Pacelli’s life before and after his election to the papacy. It outlines his time as papal nuncio to Germany and the negotiations he fostered for church and state relations. It also accuses him, as pontiff, of capitulating to Hitler to protect the Vatican, including alleging that Pius XII chose to remain silent despite knowledge of Hitler’s plan to exterminate the Jewish race.

In the two decades since the book’s publication, the work has come under intense scrutiny by experts who had the opportunity to examine the same files as Cornwell. In fact, Cornwell has walked back some of his most intense assertions from the book, saying in a 2008 interview to The Bulletin in Philadelphia, “While I believe with many commentators that the pope might have done more to help the plight of the Jews, I now feel, 10 years after the publication of my book, that his scope for action was severely limited, and I am prepared to state this ….”

Despite many efforts to defend Pope Pius XII’s reputation, including the 2005 book, “The Myth of Hitler’s Pope,” by Rabbi David G. Dalin, which, in part, details the accounts of Jewish refugees who were saved by Vatican efforts, the rumors of an anti-Semitic or pro-Hitler Pope Pius XII have persisted.

It is for this reason that Pope Francis opened the archives early and has granted access to researchers throughout the world.

According to Catholic News Service reports, all 85 researchers who requested access were given a green light.

Bishop Sergio Pagano, prefect of the Vatican Apostolic Archives, reported to CNS that the researchers come from at least a dozen countries. Ten experts will come from the United States, two of whom are from the Holocaust Memorial Museum in Washington, D.C. Experts will also come from Israel, Germany, Italy, Eastern Europe, France, Spain and Latin America.

The Diocese of Raleigh does not have a personal representative combing through the apostolic archives, but because of an unexpected gift, NC Catholics has a peek into this historic papacy through the lens and stories of Sammy Schulman.

Sammy Schulman was a prolific news photographer of the 20th century. His iconic photograph from the Cuban revolution is in the permanent collection at the Museum of Modern Art, and he was Franklin D. Roosevelt’s favorite photojournalist.

The title of a book about his life, Where’s Sammy, refers to a moment prior to an FDR press conference when, before starting remarks, the president asked, “Where’s Sammy Schulman?”

American icon Andy Rooney told a story that spoke to the bold nature of Schulman’s style. As a young journalist, Rooney was in London during World War II. He reported being with Schulman when he was assigned to get a photograph of Queen Elizabeth opening a Red Cross Center. According to the story Rooney tells, as the queen was leaving, Schulman gently grabbed her arm and said, “Hold it right there for a minute, will you please, Queen?”

Rooney reports that the queen obliged.

Where’s Sammy shares, in Sammy’s own voice, documentation of some of the most tragic and majestic stories of the time, including the coronation of Pope Pius XII.

According to the book, it was Feb. 10, 1939, when Sammy got the call to cover the coronation, or installation as it would be known today. Someone from his newspaper told him he’d leave by boat the next day to cover the new pope and, maybe, make the funeral of the previous pope, Pius XI.

Sammy answered, “That’s a great assignment for a rabbi’s son.”

The S.S. Rex was an Italian ocean liner famous for its classically decorated first class options as well as its speed. It was the obvious choice of passage to Italy for Schulman and, as he says in his book, “an all-star cast.”

Cardinal George Mundelein, the third archbishop of Chicago, was on the ship as was Cardinal Dennis Dougherty of Philadelphia. In addition to being part of the conclave that elected Pope Pius XII, both cardinals hold distinguished places in history.

On May 18, 1937, Cardinal Mundelein gave a speech to 500 priests that is infamously referred to as the “Paper Hanger Speech.” In it, he called Adolf Hitler an “Austrian paper hanger.” The phrase was used to diminish Hitler as well as call alarm to the millions of Germans who had started following his ideas.

Cardinal Joseph Dougherty became Archbishop of Philadelphia in 1918. No new cardinals were named during World War II, which made Dougherty, at one point, the only living U.S. cardinal.

On the ship, the cardinals offered a Mass for Pope Pius XI while another passenger, world famous tenor Beniamino Gigli, sang “Ave Maria.”

Schulman reported, “I’ve been to services of all denominations, in addition to my own, but I’ve never known anything more moving than that Mass on the Rex.”

The book details Schulman’s time in Rome covering the election and the coronation. He describes how he became the only news reporter to score an all-access photographer pass to the coronation and how he set up a series of partnerships to capture unrivaled images.

Just before the coronation began, when Schulman was scouting his shots, he noticed that the first of three papal thrones that would be used in the ceremony was in the shadow of a staircase, blocking it from the light. Schulman boldly asked a bishop of the papal household if it could be moved.

“I nearly collapsed when he called several attendants and had it moved,” Schulman recounts.

When the time came to shoot, he got crowded behind a curtained barrier. Schulman found a crease and pulled aside the heavy fabric. “A fine beam of morning sunlight came through and struck the pope like a spotlight. I made some color shots that were used all over the world.”

That original photo along with dozens of incredible original prints and documents were recently gifted to the Diocese of Raleigh by Sammy Schulman’s son-in-law, Howard Shulman, husband to Sammy’s daughter, Barbara.

An Unexpected Gift of Illumination

The personal archives of the Shulman family were donated to the diocese by Howard Shulman, Sammy’s son in law. (Read more in the editor column and learn about the Schulman-Shulman factor.)

While researchers walk through the doors of the Vatican archives, NC Catholics will continue to comb through this generous gift that has traveled from Rome through New York to North Carolina.

Be on the lookout for opportunities to view these one-of-a-kind photos and documents, including a video featuring Howard Shulman reading his father-in-law’s words.

It’s an incredible reminder that, though we sometimes think of archives and history itself as distant and unrelated to our lives, it is often closer than we think.

While it is prudent to continue to research, ask questions, and analyze, it is also vital to tell stories and share our journey. And, if you have the opportunity to be like Howard Shulman, maybe you can shine a light on history by gifting the mementos of yesterday to future generations. 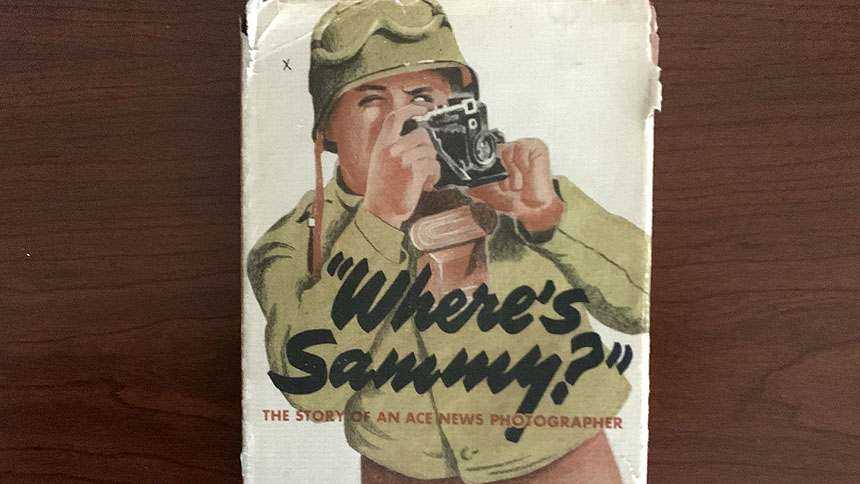 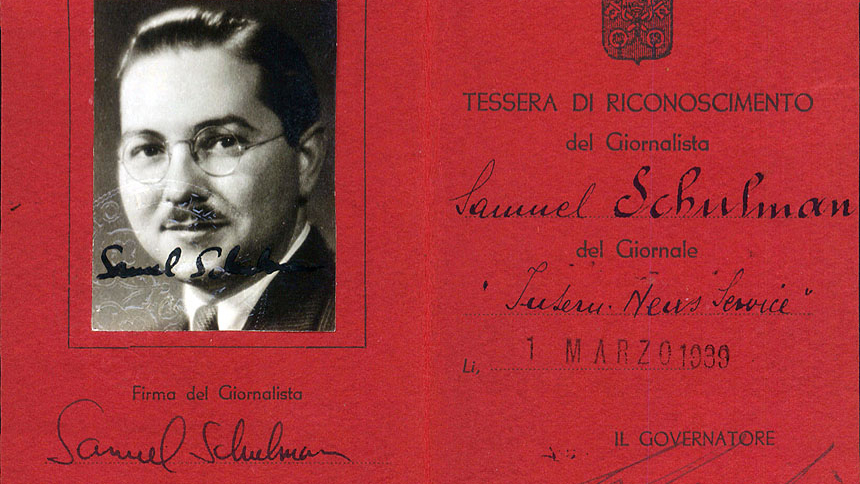 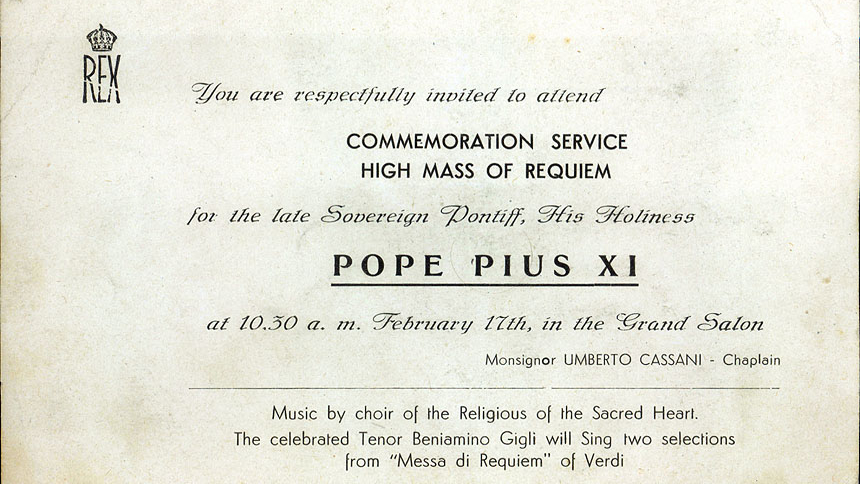 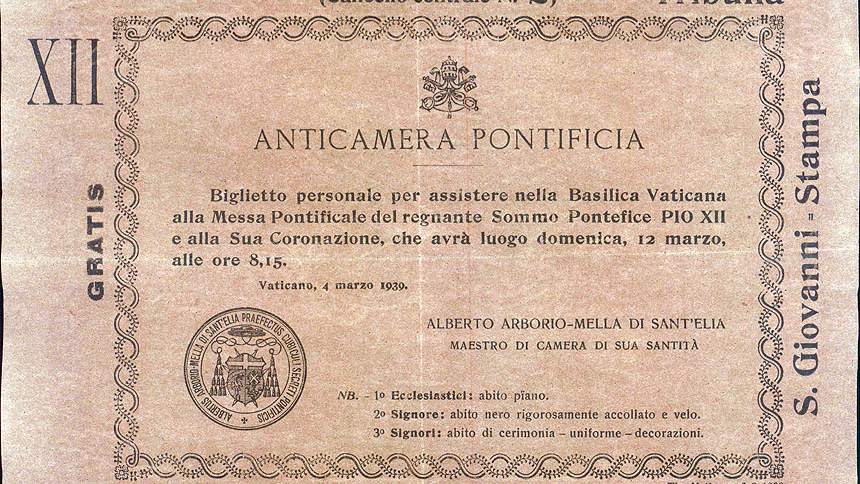 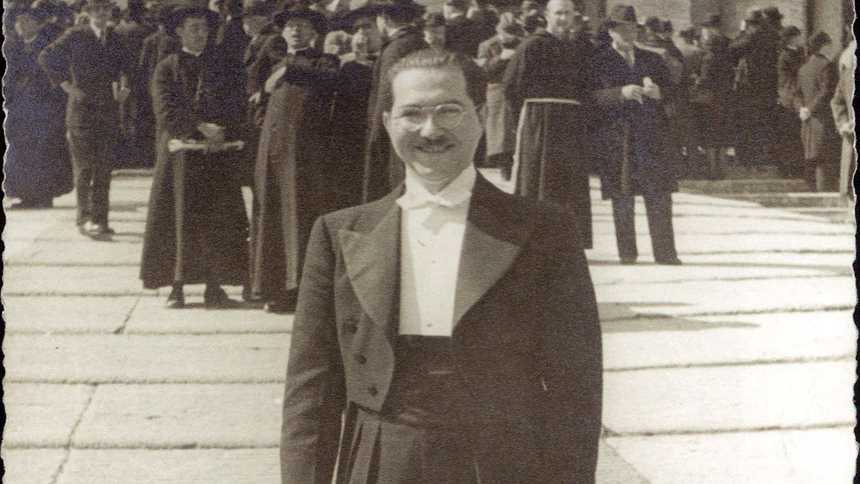 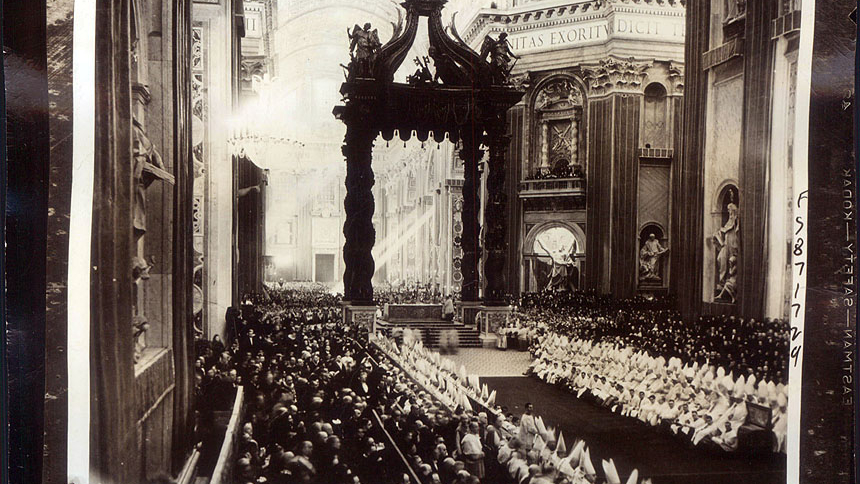 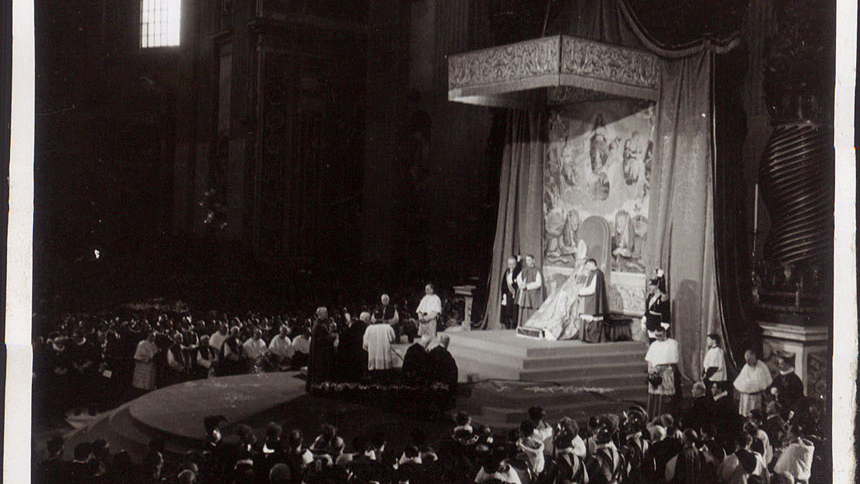 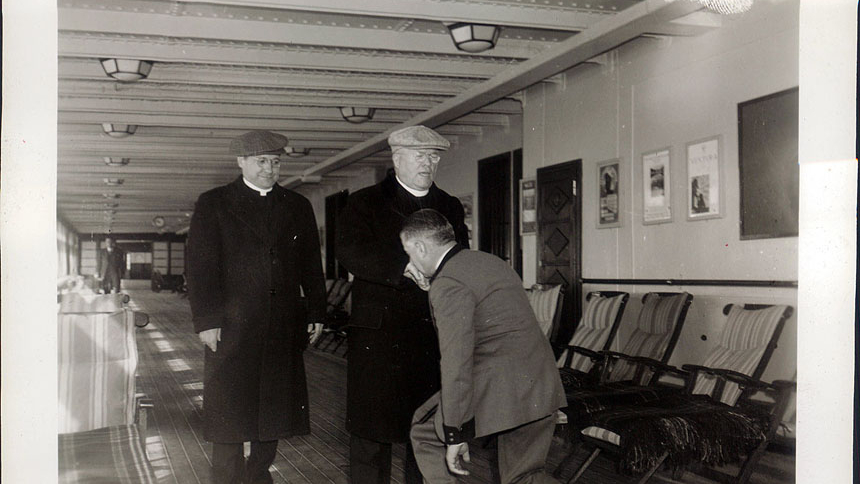 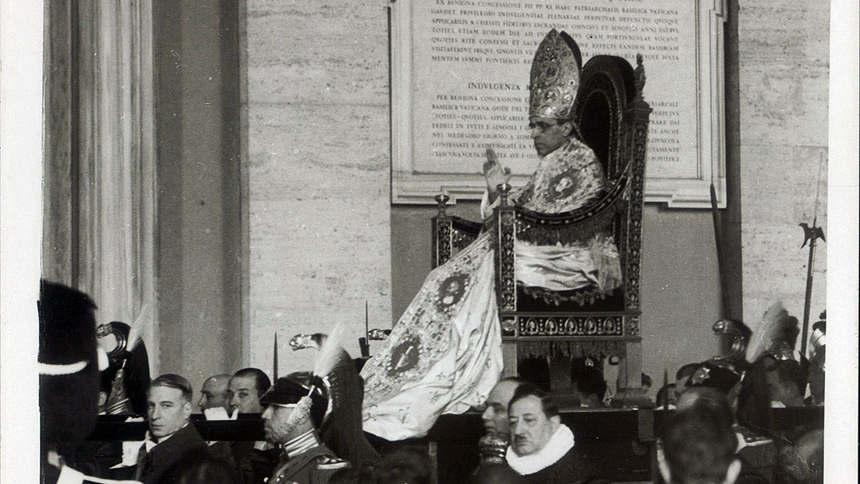 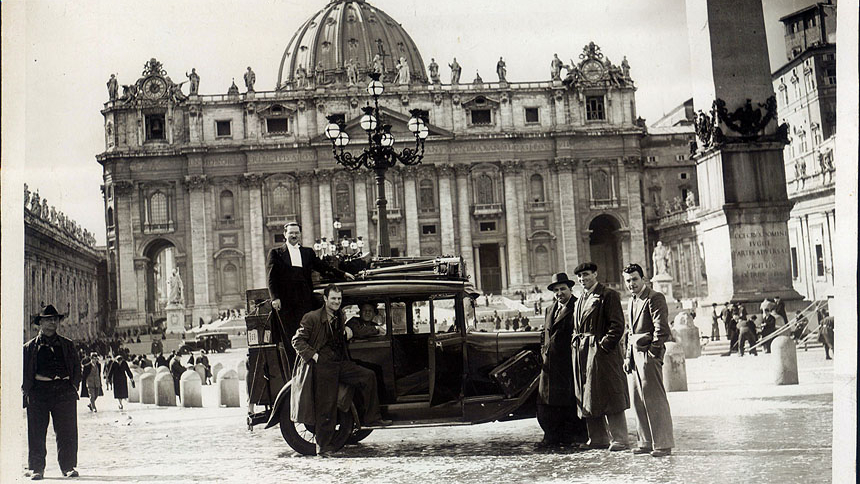 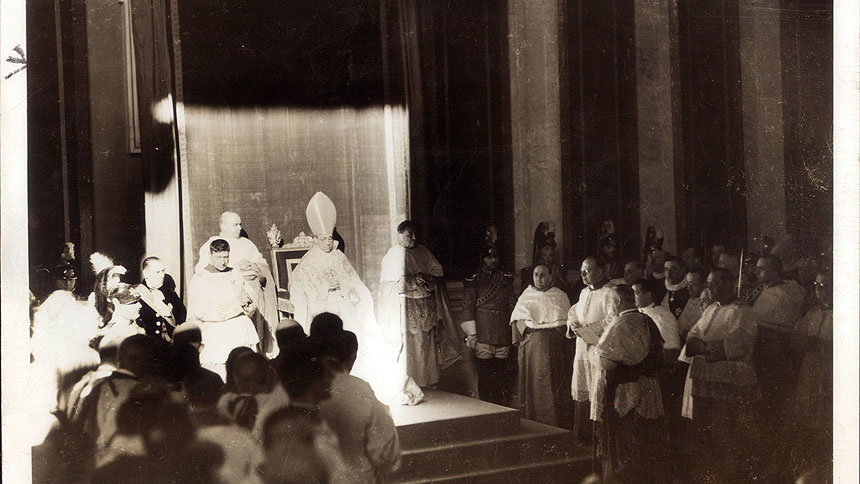 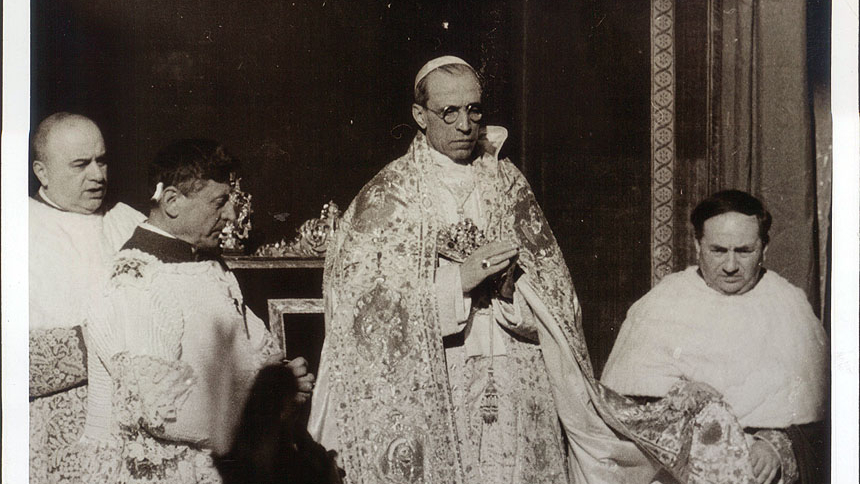 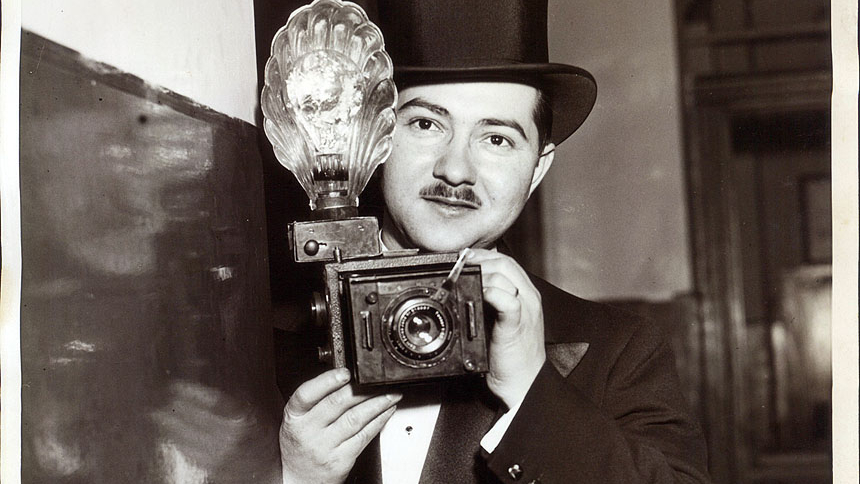