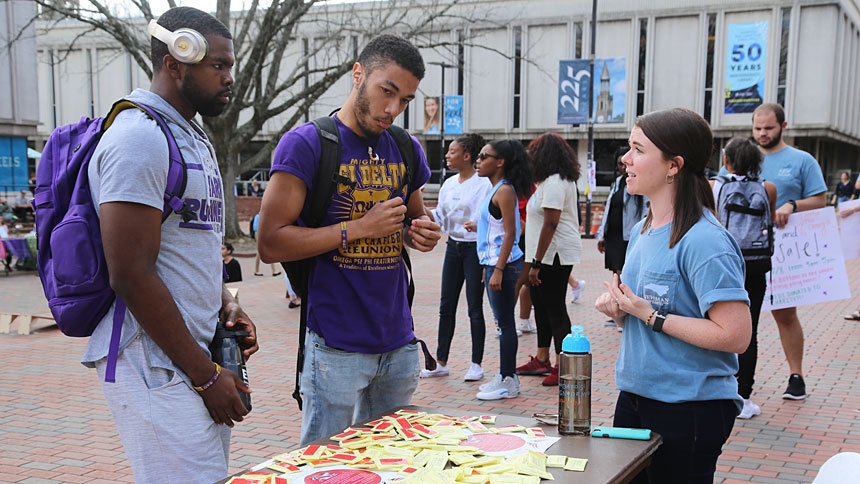 It’s lunchtime at “the pit,” a well-known hub on the campus of UNC Chapel Hill. Situated near a cafeteria, library and university store, the pit is where students gather to promote organizations and activities.

Catholic students Kara Cody and Jaycee Reilly, who belong to the Newman Catholic Community, are running a table. Instead of promoting a prize wheel or registration form, though, they are asking students to put stickers on bars of soap.

As the busy campus seems to hum, one student misunderstands and asks if the volunteers are giving out soap. Cody and Reilly are quick to smile, answer the question and let passersby know that they’re there to help fight a global crime.

Granted, putting stickers on bars of soap is something they could have done themselves in the library or over a cup of coffee in a Franklin Street coffee shop. But that would have defeated the point: to bring awareness about human trafficking, which is modern-day slavery that involves the use of force, fraud or coercion to obtain some type of labor or commercial sex act.

Cody and Reilly are participating in the S.O.A.P. Project, which stands for Save Our Adolescents from Prostitution. According to the project, 77% of all child trafficking victims will go on to participate in adult prostitution.

The nationwide project aims to raise awareness and combat human trafficking by delivering soap bars with stickers labeled with the National Human Trafficking Hotline number to local hotels. The majority of trafficking, according to S.O.A.P., occurs in hotels. The project also provides packets with missing persons lists and educational materials to hotel staff and management.

For the two students, who are both seniors, it’s an important goal.

According to Homeland Security, millions of men, women and children are trafficked in the world each year. In the United States, it’s one of the fastest-growing crimes. According to the hotline, North Carolina, a state with many major highways such as interstates 40, 85 and 95, had 221 reported human trafficking cases in 2017 and ranked 8th among the 50 states in terms of the number of cases.

“I don’t think anyone that’s labeled today has heard of the S.O.A.P. project, and a lot of times people just don’t realize that trafficking is happening,” Cody says as she holds a roll of stickers that flap in the wind. “We are out here raising awareness for it, but also fighting it at the same time, it’s kind of a dual action … it’s a community-wide event. We’re getting everyone together and helping fight human trafficking together.”

For her part, Reilly stresses that the project is simple and allows people to learn and make a difference during their lunch break or as they walk to class.

The soaps, which will be sent back to the project after they’re labeled at UNC, will be distributed to hotels in the Charlotte area.

Reilly and Cody first learned of the project in September when they traveled to Baltimore to participate in Catholic Relief Service’s Student Ambassador Training.

“I never realized how large of an issue human trafficking is until quite recently,” Reilly says. “It’s the second-largest crime in the world. And It’s such an un-reported and under-reported crime. There isn’t as much publicity around it as I wish there was and … it’s an important issue, especially from the scope of Catholic social teaching. Every human has equal dignity and they all deserve the same chance at having a good life.”

Raleigh’s Bishop Luis Rafael Zarama is a member of The Santa Marta Group, an alliance of international police chiefs and bishops working together with civil society in a process endorsed by Pope Francis. The goal is to eradicate human trafficking and modern day slavery.

“Human trafficking is an open wound on the body of contemporary society, a scourge upon the body of Christ. It is a crime against humanity,” the pope says. 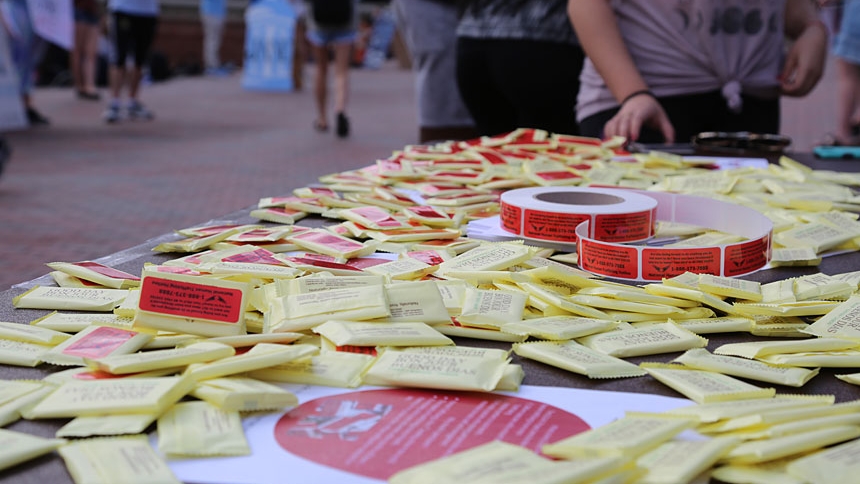 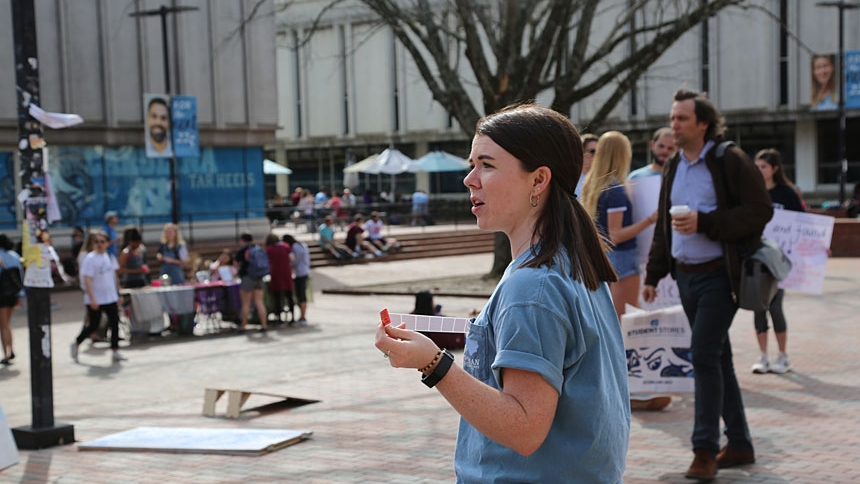