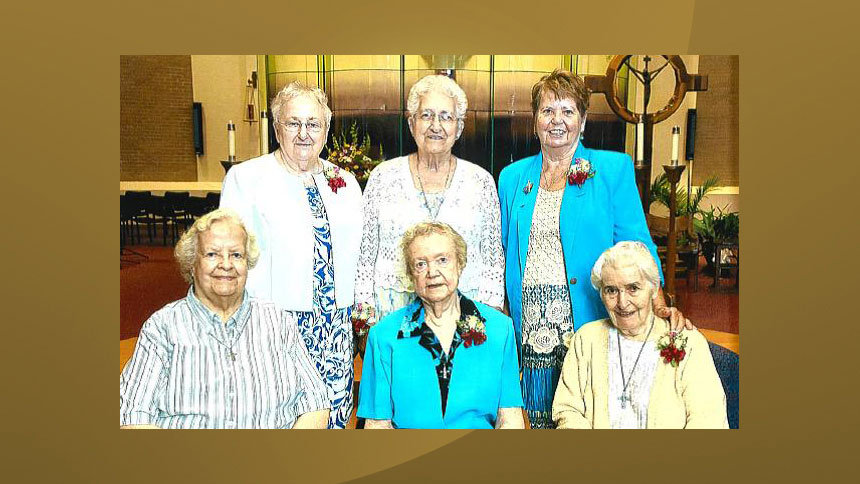 She hails from Massillon, Ohio.

While every child born in a Massillon hospital may be given a football, she learned to appreciate a university often known for its basketball team.

Sister Margaret arrived on the campus of UNC-Chapel Hill in 1992. Her religious community, which she joined in 1951, sent her to North Carolina to serve as a campus minister.

“The rewarding part was working with these bright students at an age when they are discerning what their calling was,” she says.

There were many happy times, including dances, meals and mission trips to spots such as Venezuela and Appalachia.

She was present for sad times, too. Sister Margaret counseled families and students following a May 1996 fire at the Phi Gamma Delta fraternity house, which took the lives of five students.

And in 1995, she partnered with other faith organizations on campus to arrange a memorial service following a shooting in downtown Chapel Hill that left two dead.

Sister Margaret left the Diocese of Raleigh in 1999 and headed to another campus ministry assignment at the University of Florida. She retired from active ministry in 2008 at age 75.

“I’ve been away from the Raleigh diocese for 20 years, but I have to say serving in that diocese is still very memorable to me,” she says. “I’ve never been in any other diocese where I felt so much connection.”

Today she lives in Clearwater, Florida, where she volunteers at St. Michael Parish as a receptionist and a member of the parish council. She also heads up the vocations team at the parish.

Sunday, Dec. 8 she will speak to the faithful at Masses about the Retirement Fund for Religious, which is an opportunity for people to “give to those who have given a lifetime.”

For Sister Margaret, asking for support is tough, but necessary.

“[But] at this time of the year, I think we’re all very open and generous. We tend to recall good memories and that leads us to be generous,” she says.