How Catholic charities are helping in the wake of Hurricane Dorian 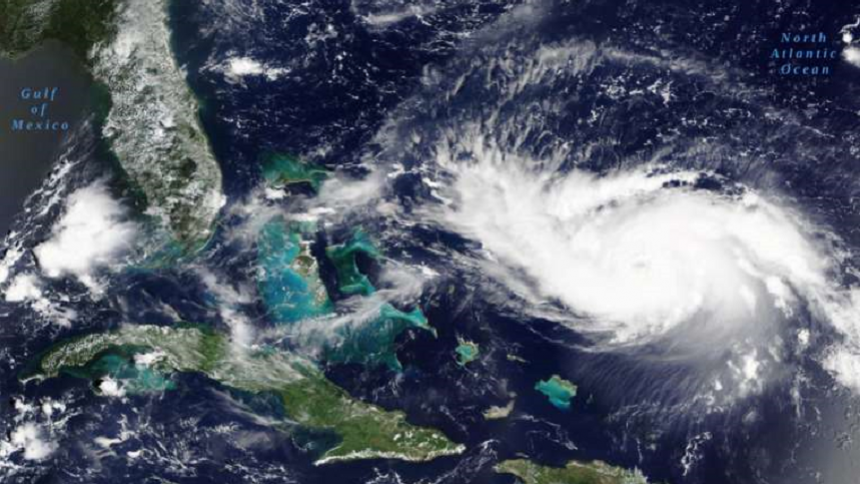 With Hurricane Dorian leaving widespread destruction in the Bahamas earlier this week, and now moving up the eastern U.S. coast, Catholic agencies are coordinating response efforts for those affected by the storm.

Dorian slammed into the Bahamas as a Category 5 hurricane on Sept. 1, becoming the strongest hurricane ever to make landfall there.

For the next 36 hours, the storm pounded the islands, stalled by an unusual wind pattern over the western Atlantic. When the storm finally moved on, it left entire neighborhoods under water, with storm surges up to 18 feet higher than normal tide levels, according to the U.S. National Hurricane Center.

Many residents are now homeless, with little ability to communicate with their loved ones as they face ongoing flooding.

The International Red Cross suggested that up to 13,000 homes in the Bahamas may have been destroyed or suffered severe damage from the hurricane, which saw winds exceeding 100 mph. The U.N. World Food Programme is estimating that some 60,000 people may need immediate food aid.

Gamer told Catholic News Agency that Catholic Relief Services is still working to assess the needs in the area, but it is clear that the destruction is extensive.

“We will be sending a member of our emergency response team to the Bahamas in coordination with a representative of Caritas Granada to support assessments and early response programming,” she said. “We are also coordinating with Caritas Puerto Rico who are planning to send relief supplies based on an update of needs from those on the ground. Other coordination is underway with the Archdiocese of Miami.”

From there, the agency will work with local partners to help provide emergency shelter, food, and clean water to families. The agency is accepting donations to help with relief efforts.

Less than 200 miles away, residents of Miami were spared a direct hit as the storm instead skimmed the Florida coast. Some 140,000 people lost power, although the outages were expected to be brief, a Florida Power & Light representative said. Authorities warned of flooding, storm surges and rip currents along the coastline for several days.

Mary Ross Agosta, communications director for the Archdiocese of Miami, told CNA that the local Catholic community is working to assist with the short- and long- term needs of those facing devastation in the Bahamas.

Archbishop Thomas Wenski and the head of the local Catholic Charities branch are “in constant communication with Archbishop Pinder of the Bahamas,” she said, and “strong relief efforts are in place.”

“As with all disasters, people in South Florida – and around the world – seem to be at their best,” Agosta commented. “Donations to the Catholic Charities’ website, www.miamiarch.org, have been rapid and constant. It is with these donations, of which 100% is used for relief efforts, that the Archdiocese can respond to the needs of the people; at first, ships with goods, including diapers, formula, rice and, then financial resources to help recover.”

Meanwhile, Catholic Charities agencies further north are encouraging people to prepare as Dorian continues its trek up the U.S. coast.

Daniel Altenau, communications director for Catholic Charities of the Diocese of Raleigh, told CNA that the agency “has been simultaneously working to help families recover and prepare for the next storm ever since the destruction of Hurricane Florence.”

Altenau said the goal has been to work with partner agencies to help families be better prepared for Hurricane Dorian and future storms.

“In the days leading up to Dorian making landfall, our Wilmington office worked with families to distribute preparedness supplies and review the disaster plan to make sure they stayed safe during the storm,” he said. “Our offices across the diocese have been sharing information about shelter openings and evacuation orders.”

Hurricane Dorian hit South Carolina as a Category 2 storm on Thursday and moved up the coast of North Carolina overnight.

“As the storm now begins to impact our area, our staff and volunteers have been instructed to seek safe shelter until after the storm,” Altenau said. “As soon as conditions are safe, we will begin the process of distributing donated supplies such as food, water, cleaning supplies, diapers, and hygiene items.”

The agency is currently collecting donations at www.CatholicCharitiesRaleigh.org/disaster to aid in recovery efforts.