Are you aware? October is Domestic Violence Awareness Month 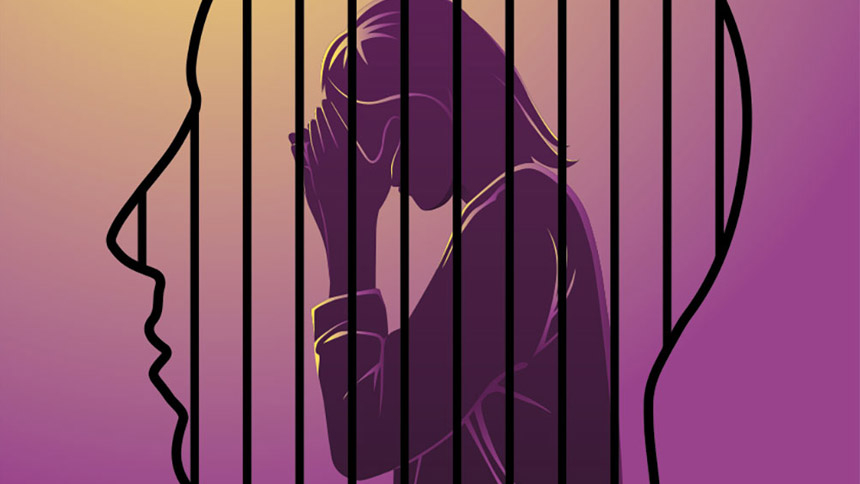 October is known for many, often seasonal, things. One thing that may be lesser known, though, is that it’s Domestic Violence Awareness month.

According to the World Health Organization, statistics reveal that abuse within the home affects 30% of women. (Men can be victims of abuse as well, but 85% of the targets are women.)

This statistic remains steady across all levels of society, race, education and profession – as well as religious affiliation, according to author Dr. Christine Welland. When people go to Mass on Sunday morning and gaze around at fellow parishioners, it’s sobering to think that one out of every three women has been, or is, a victim of abuse within her home.

Intimate partner violence, which is also called by its acronym – IPV, isn’t something that’s frequently talked about, and often only physical battering is considered. Bruises, broken bones, and smashed faces shout obvious abuse, while a broken spirit isn’t as visible. Bruises to the soul are easily buried with a false smile and cover-up stories to hide the truth, yet abuse of any kind creates confusion, self-blame, depression, despair, anxiety and fear.

In addition to physical abuse, IPV can also be emotional, verbal, psychological, sexual, financial, and spiritual when religion is used as an excuse to abuse. Tactics can take the form of control, intimidation, threats both subtle and obvious and name-calling.

In its document “When I Call for Help: A Pastoral Response to Domestic Violence Against Women,” the USCCB takes a firm stance against IPV:

“Domestic violence is any kind of behavior that a person uses to control an intimate partner through fear and intimidation. Violence in any form – physical, sexual, psychological, or verbal – is sinful … No one in a marriage is obliged to maintain common living with an abusing spouse.”

The consistent, continual pattern of domestic abuse is dizzying and bewildering, especially when an abuser shows a “Dr. Jekyll and Mr. Hyde” personality, which is when the abuser can be charming and sweet (especially to the outside world), but has abusive behavior that always lurks around the corner.

The warning signs of IPV are often subtle, particularly at the beginning of a relationship. This makes it difficult to detect an abusive personality, but there are red flags to be aware of. These include “love bombing” (moving too quickly into an intimate relationship), excessive jealousy disguised as love, hypersensitivity (easily insulted and perceives negativity where it doesn’t exist), and black-and-white thinking (people and situations are either all good, or all bad). Other signs of an abusive personality include:

The Catholic Church and IPV

The Catholic Church takes a firm stance against the evils of IPV. In 1992, the same year the first Federal Domestic Violence Protection Act was passed, the USCCB released a crucial document on IPV, “When I Call for Help: A Pastoral Response to Domestic Violence Against Women.”

In this document, the U.S. bishops clearly state that “violence and abuse, not divorce, break up a marriage.” The Code of Canon Law urges an abused woman to seek help and, if possible, to leave a toxic relationship for the good of herself and her children:

“If either of the spouses causes grave mental or physical danger to the other spouse or to the offspring or otherwise renders common life too difficult, that spouse gives the other a legitimate cause for leaving.” (1153)

Numerous popes have spoken clearly against IPV, including Pope Francis, who said, “I think particularly of the shameful ill-treatment to which women are sometimes subjected, domestic violence and various forms of enslavement which, rather than a show of masculine power, are craven acts of cowardice. The verbal, physical, and sexual violence that women endure in some marriages contradicts the very nature of the conjugal union.”

What Can You Do to Support Someone You Love?

If you recognize any of these warning signs or traits in your relationship, educating yourself and getting spiritual and therapeutic help is highly recommended. (See resources.) If you have a loved one who’s suffering from IPV, there are a variety of ways you can provide support.

One of the most damaging statements a well-intentioned loved-one can make is “Why don’t you just leave?” Leaving an abusive relationship isn’t easy. A physically or psychologically battered person is usually trauma-bonded to a partner (a toxic bond formed by the intermittent reinforcement of loving behavior mixed with abuse), and it can be physically dangerous for a woman to leave. A solid escape plan, created with the help of professionals, is often necessary.

The key to accompaniment is listening. Don’t judge or make critiques. Empathize. Be there for your loved one. Believe her and be with her. Don’t make excuses for her abuser and don’t pressure her to make decisions she’s not ready to make. Love and listen, educate yourself, and above all pray for those involved.

Through awareness, parish and personal support, education and prayer, we can all contribute to reducing IPV within our communities, parishes, and perhaps even our own homes.

Some examples of domestic abuse include: