Zooming into science through service 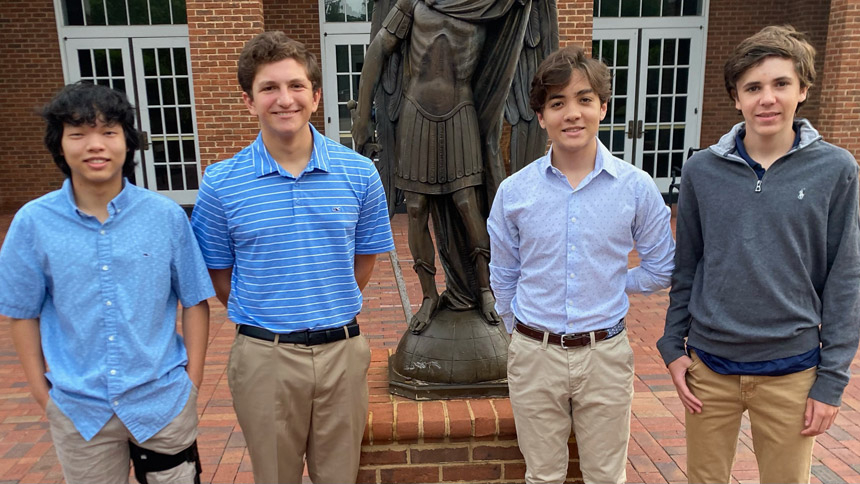 The video camera focused on a pair of cow’s lungs, sitting on a table. From the right of the screen, two hands appeared and inserted a leaf blower into the lung opening. An explosion of air from the blower immediately inflated the lungs in dramatic fashion.

One student in the 5th grade science lesson on Zoom had been lying on his bed, watching the screen and squirming. But seeing the lungs pop instantly to full capacity, he leapt to his knees and leaned his face close to the computer, eyes widened in awe.

“Will I blow up if I breathe in too much?” he asked.

With the composure of a seasoned teacher, high school junior Isaac Lund reassured the class that no, it was not possible to blow up your lungs by inhaling too much air. He then launched into an explanation of how to measure lung capacity using a balloon.

Lund is founder and president of Service Beakers, an organization run by high schoolers that prepares and presents science lessons over Zoom for elementary and middle school children in eight Wake County public schools.

Lund was inspired to start a program like this as a 4th grader when he experienced the Science Fun for Everyone program at St. Michael School in Cary. But it wasn’t until he was a freshman at Green Hope High School in Cary that he acted on that inspiration.

“The whole environment of St. Michael’s guided me into starting the program, not only because they have the Science Fun for Everyone program, which really introduced me to the idea of hands-on learning, but also the emphasis on helping out others and serving the community,” Lund said. “We did things at St. Michael’s, like Brown Bag Ministry, which are explicitly geared to helping the community. Experiences like that shaped my perspective.”

He contacted a group of fellow graduates from St. Michael School, and together they created Service Beakers.

“We sat down together; we thought about what our values are, and we decided we wanted to teach students not only about science but also how to help out the Earth,” Lund said.

Then came COVID-19, and the shift to virtual learning. Lund heard from teachers that student interest in learning was waning, and online school attendance was on the decline.

“A big part of the enthusiasm for learning science is the hands-on experiential element of it. That had to transfer over to videos of other people doing it,” Lund said. “We saw that as an opportunity to expand into virtual learning and provide our programs to reinvigorate their enthusiasm. A young teacher … a fresh perspective, that made them more interested.”

And so planning for Service Beakers began in earnest. Lund explained that “service” and “beakers” represent the two aspects of mission that the team wanted to emphasize.

“Beakers” alludes to the emphasis on science education and hands-on learning. “Service” relates to helping the environment and community — particularly the appeal to young students to get involved.

Service Beakers launched online classes in September 2020. High school volunteers take the lead in engaging students in a variety of lessons, from the digestive and respiratory systems to ecosystems, light and vision, and the properties of matter. In their first year, the team of over 40 youth volunteers reached over 3,600 students through more than 60 presentations delivered each month. An in-person science summer camp in 2021 attracted another 100 students.

The team encourages students to start their own initiatives based on what they have learned and rewards them for their efforts. A popular program on plastics and recycling inspired one student from Reedy Creek Magnet Middle School to use leftover plastic bottles to create innovative artwork including “mole banks” (picture a piggy bank, shaped like a mole) — which she distributes around her neighborhood.

“These lessons where we talk about a big macro-scale issue in the environment — things like plastics — we break it down into digestible things that the kids can understand,” Lund said. “The Start Your Own Initiative is about students taking what they learn in the classroom, or what we teach them about, and applying it into unique, innovative initiatives that they can start at the household level or in their community.”

Now the team is expanding their mission, hoping to raise funds to donate laptops to the St. Michael sister parish in Honduras. The parish mission focuses on agricultural and educational improvements such as book bags and books. But Lund noticed that an emphasis on electronic devices, such as laptops, was missing. The team is now hoping to collect 200 laptops and the funding needed to transport them to Honduras in March 2022.

For Lund, all this effort boils down to fulfilling our responsibilities as stewards of God’s creation. 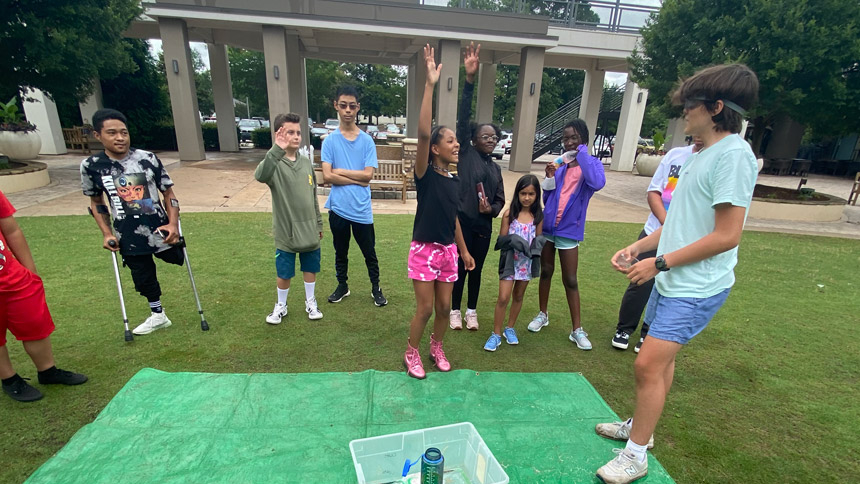