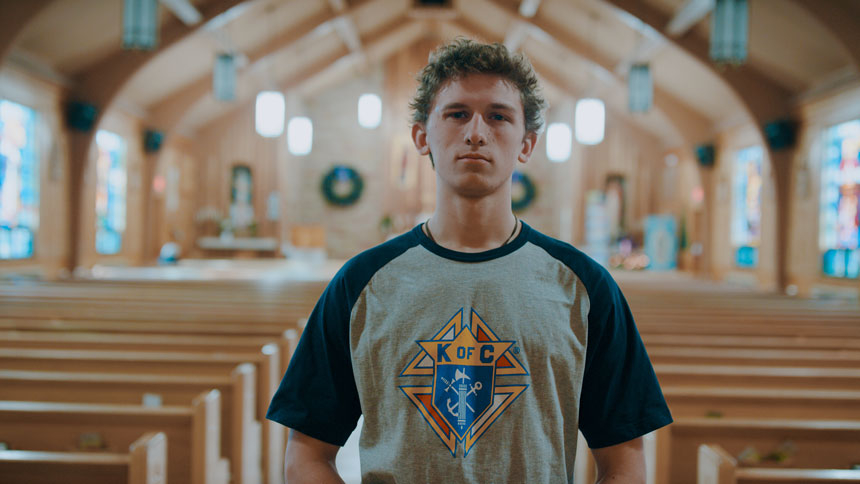 Dan Beaudrie is a man of faith who beat the odds. Actually, he didn't just beat them, he crushed them.

Both faith and wrestling were important to Beaudrie, a high school student in Cody, Wyoming. He trained his way up and ranked third in a statewide tournament his freshman year.

But in a matter of weeks, he lay in a hospital where a doctor told him that not only would he never wrestle again -- he wouldn't be doing much of anything ever again. Beaudrie was in a tragic car crash on his way home from a tournament in Wyoming. He broke a rib, fractured 14 vertebrae and bones around his skull, and suffered bleeding to the brain -- affecting his auditory nerve and frontal lobe. For teenagers, bleeding in the frontal lobe usually means death.

Beaudrie's condition was severe enough that his pastor from St. Anthony of Padua Church gave him last rites.

"A few days later when I saw him again, I told him, 'You know, Danny, God must have a very special plan for your life,'" Father Clark said, urging Beaudrie to ask Jesus how he should serve him.

Beaudrie was determined to do just that and to do it completely. He eased into training by running track and then swimming. At times, he pushed himself too hard and suffered some injuries along the way.

But his efforts paid off: Nearly a year after the accident, he was cleared to wrestle again, right after the state tournament in February 2016.

Beaudrie, a junior in high school, made progress training for wrestling season but constantly ached.

Through that, he kept his eyes on the state tournament.

"I didn't stop because what else was there to do? What do you do? Do you come this far, and you just tap out?" he said.

Throughout the season, he repeatedly placed second at regional tournaments. Then a week before a qualifier for the state tournament, a doctor advised him not to compete. He had damaged a nerve in his arm, and if he damaged it again there was a good possibility his right arm would become completely paralyzed.

He recounted the thoughts going through his mind.

"Why, Lord? I'm offering each competition, every part of my life for you," Beaudrie said. "I have been pushing because I want to show the world how strong that you are, how powerful, how good that you are through my life."

Despite this questioning, Beaudrie said his faith was the most important thing throughout his recovery process. What was simply athletic accomplishments his freshman year now had new meaning.

"God's given me this, and he's preserved my life, and given me all these kind people," Beaudrie said. "And I want to give back to him by making use of the talents the gifts that he's given to me."

His coach approached him with a plan he called "Operation: Keep the Dream Alive." Beaudrie would train each day before the tournament, increasing the intensity each time, but if he experienced pain at any point, the coach would pull him.

The plan worked. He made it through the regional tournament and qualified for a chance at the state title, adjusting his style to avoid injury. Then, Beaudrie -- the teenager who was told he would never wrestle again -- won the state tournament.

"I get up, find where my family and my crowd -- my home -- is sitting in the stands," Beaudrie said. "I point up to them and I scream. I let it all out in that victory and triumph."

Beaudrie isn't quite sure why God allowed this to happen to him, but he hopes that it serves as a witness to others.

"I hear people tell my parents about, 'Wow! This young man's life means something to me, and it has helped encourage me to be able to deal with whatever it is that is being difficult in my life.'"

Father Clark said that Beaudrie's accident was just one chapter in the unfolding of his spiritual life. He said that even as a young boy, Beaudrie always had a strong spiritual life and was active in the parish.

"He stood up for his Catholic values and he had no compunction about doing that," Father Clark said.
Beaudrie is now studying electrical engineering at Michigan State University with the hope of eventually working in the field of orthotics and prosthetics. As for the accident, he thinks it is helping him prepare for whatever future God has in store for him.

"When somebody asks me to describe myself it's quite simple: I'm a Catholic, I'm a patriot. I'm a wrestler and now I am a Knight of Columbus." 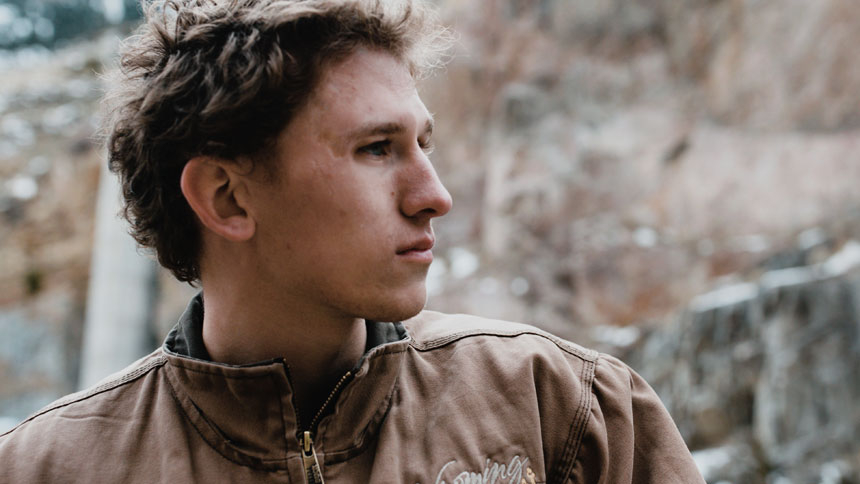 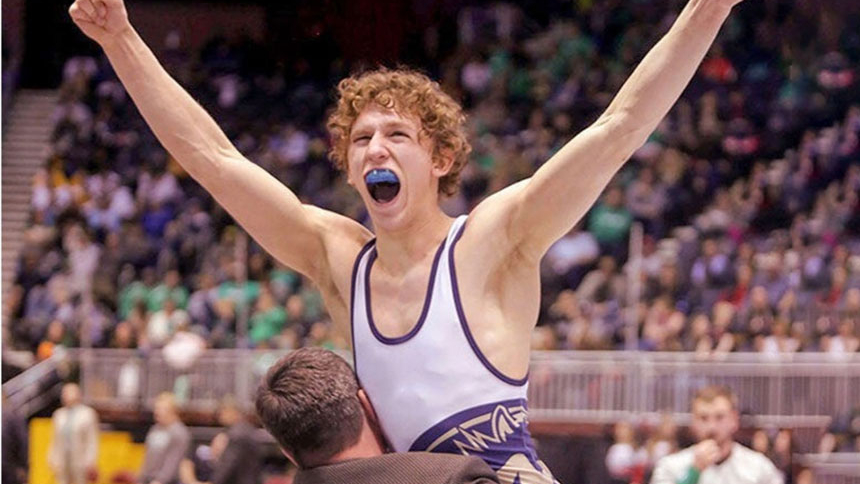 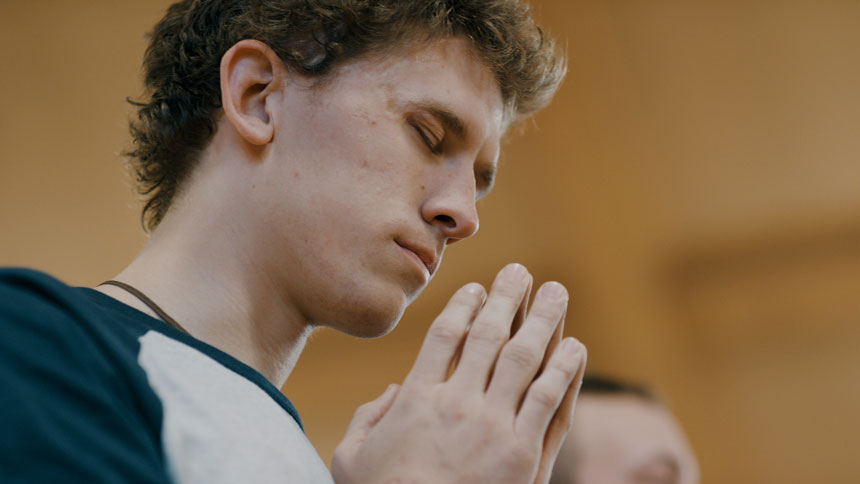 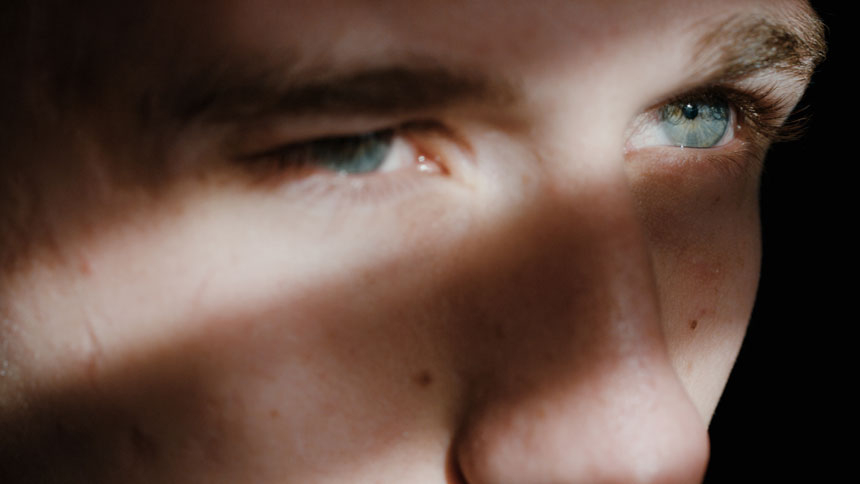