Worlds Apart: How Pinehurst and Luweroo work together 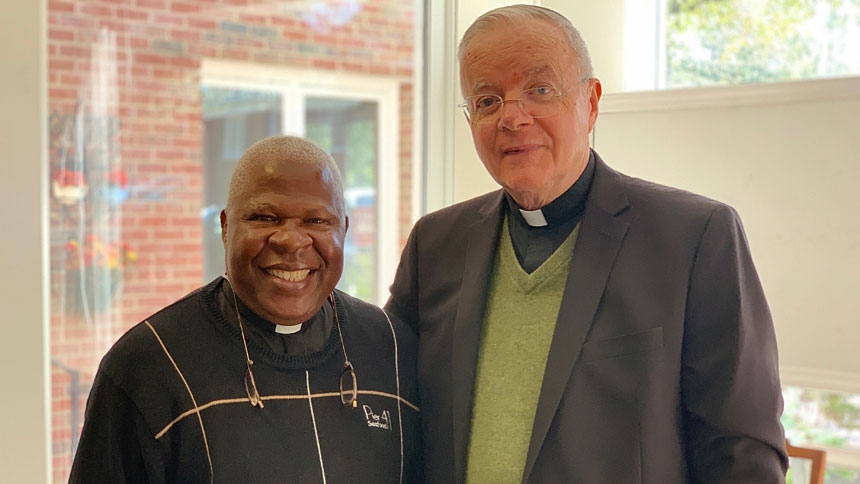 Above: Father Joe Kakooza (left), of the Kasana-Luweero Diocese, and Monsignor Michael Shugrue, of the Diocese of Raleigh, work together for wells and school lunches in Uganda.

Joseph Kakooza was working in the coffee fields of Uganda when his life changed forever. He should have been in the midst of 8th grade classes, but he was forced to drop out of school two years prior when his father passed away.

Resigned to his fate, a young Joe was picking beans when he was called from the fields by a man he’d never seen.

“Are you Joseph?”
“Yes, I am Joseph.”
“Do you still want to become a priest?”
“Yes, but nobody can take me to school.”
“Go and dress up, and I will take you to seminary,” the man said. What Joseph didn’t know was that before his father died, he told this friend that he had a son who wanted to become a priest. It took two years, but this man remembered Joseph, came to find him, and provided the finances and accommodations for Kakooza to attend seminary.

Half a century after that day, Father Joe Kakooza sits in his makeshift office in the conference room of Lin Hutaff’s Pinehurst Realty Group in Pinehurst.

Currently the rector of the Kasana Cathedral Parish in the Kasana-Luweero Diocese, Kakooza spends a few weeks every fall in this office. It is a world away from his Ugandan home, but he is here for Uganda. He is here because he made it his mission to pay forward the kindness that he received.

At first glance, it might be hard to reconcile the worlds that collide as Kakooza travels from central Uganda to North Carolina. Pinehurst, a community internationally known for golf, has a median income of over $80,000 a year and the poverty rate is less than 3%. In the community that Kakooza serves, one in 100 people owns a car, and Father Kakooza estimates that one-third of students in the parish primary schools are considered needy, meaning that their families cannot afford school or lunch fees.

If you only look at the numbers, you might be fooled into thinking this is a purely pragmatic partnership -- a community of great wealth helping a community in great need. But if you stopped there, only looking at the numbers that divide, you would miss something.

Just like Father Kakooza’s story of being called out of the fields and into the seminary, this partnership between Sacred Heart Church and the Luweero Diocese, which has brought clean drinking water and the opportunity for education to hundreds in central Uganda, is not about pragmatism, it’s about people.

It all began in 2005, in Pinehurst, when [then] Sacred Heart’s pastor, Father William Pitts, commissioned Martha and David Johnston to meet Father Kakooza to discover if there were needs that Sacred Heart Church could meet.

Inspired by Father Kakooza’s passion and driven by the poverty they witnessed, the Johnstons founded the Uganda Wells and Education Ministry. Within the first five years, they built a team, established their mission -- to build wells and provide education funds -- and, perhaps most important of all, invited Father Kakooza to come to Pinehurst and meet parishioners.

Having once been a needy student himself, Father Kakooza was able to convey the life-changing blessing of having a sponsor provide his education. He spent days sharing stories, handing out letters from students who received sponsorships and meeting with sponsors who, in their own way, were calling kids out of the fields and into the classroom. The visit became an annual tradition.

In 2010, the Johnstons handed the ministry leadership reigns to Lin and Phil Hutaff. That very fall, as the Hutaffs prepared for Father Kakooza’s accountability visit, they could not have known their mission was about to intensify because of tragedy.

Father Kakooza was in his office when the principal of a parish school approached him. “We cannot find David,” she told him. David was a third grader and was missing from his afternoon classes. After an extensive search, they found David in a pond behind the school. They discovered later that he did not pay for lunch that day. And while the other students lined up for food, David went in search of water.

They surmised that as he bent to scoop the water up with his hands, he fell and drowned.

“I was shocked,” Father Joe says. And after decades of helping students find sponsors to fund schooling and helping communities build wells, he had a new vision in mind. And he knew exactly who he was hoping would help: his ‘angels’ a world away.

His vision was two-fold. First, he wanted to create a lunch program so that every student in his eight primary schools could eat regardless of their ability to pay. The other vision was that he wanted to expand the well program to include wells on school property, so that children would not have to leave school grounds to find water.

Since that meeting in 2010, Sacred Heart Parish has built over 30 wells for the Luweero Diocese. This Easter, Father Joe blessed the 43rd well that the parishioners of Sacred Heart have provided since 2005.

“It is the greatest joy I have, and I know my husband feels the same way. I don’t think there’s anything we do or participate in that brings us as much joy as a new well or sponsoring a new student,” Hutaff says.

In addition to the wells, the Uganda ministry at Sacred Heart is sponsoring 75 children to go to school this year. It is a number that grows every year.

When asked how he feels to be straddling these two worlds to connect people to one another, Kakooza says his emotions are mixed. He says that poverty is so high, he can’t help but feel sad.

“I have too many students who want to go to school but cannot because their parents cannot afford to send them, so it is painful,” Kakooza says. “Every time someone has to drop out, I think of that man coming to get me out of the fields.”

Kakooza looks out the window, lost for a moment, reliving that emotional day. He then looks around the room, at this home away from home, and smiles, “At the same time, I feel happy because I know God provides ... when I tell the stories about the needs of my country and people come on board to support, that gives me happiness and my belief in God is strengthened. That is how I survive.” 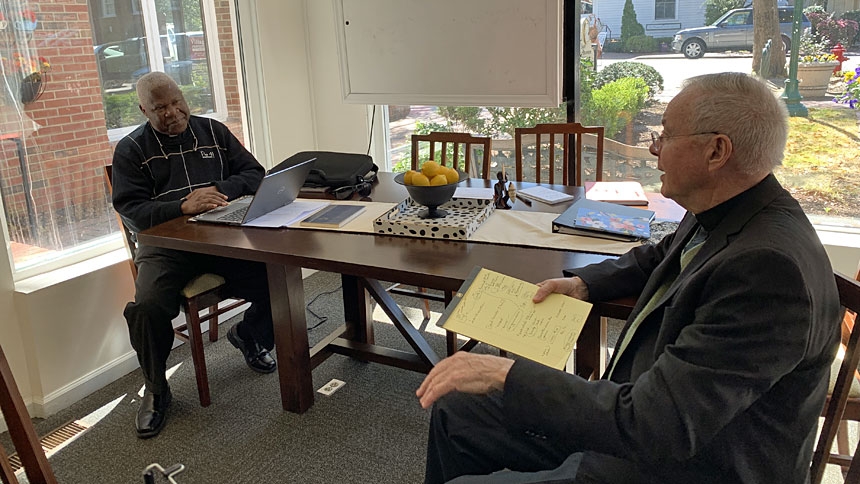 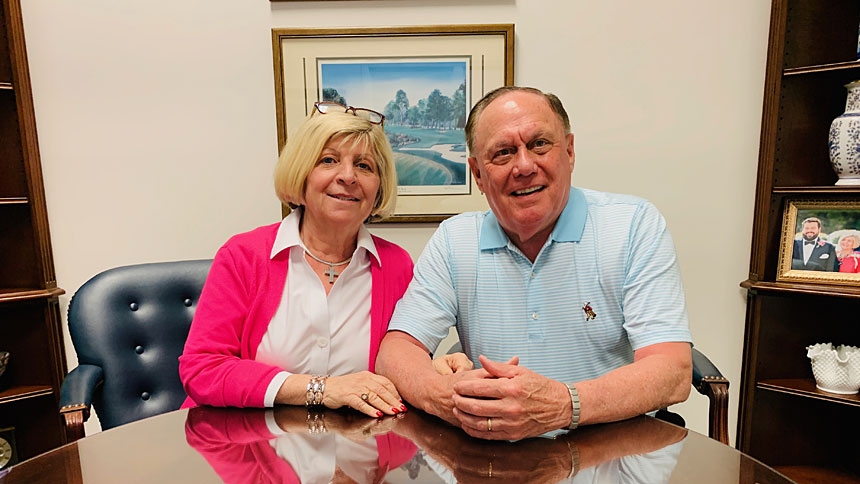