Witnesses of faith in history 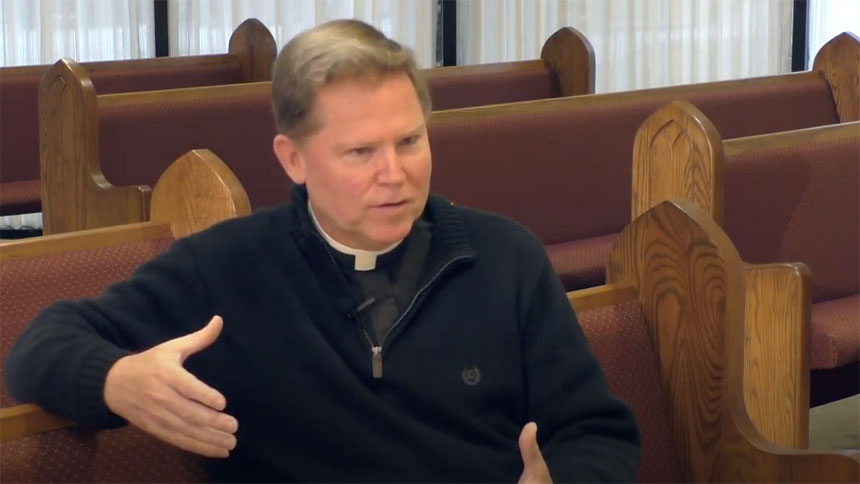 During these days of so much uncertainty and even fear, I have been studying moments in the history of our local church. Times of infections and threats of plagues belong not only to the history of Europe but to our history as well.

For many years, yellow fever was referred to as the "American plague," and struck semitropical communities of the continent, bringing much fear, sickness and death in its wake. When an outbreak would occur, thousands of panic-stricken citizens sought to flee the cities affected, while many others, especially the poor, died. In many cases, those who served the poor also died.

In August 1862, there was an outbreak of yellow fever in Wilmington, North Carolina.

Hundreds of people died before the outbreak subsided in November of that same year. Father Thomas Murphy, pastor of St. Thomas Catholic Parish in Wilmington, contracted the disease as a result of his visitations to the sick and dying. He lingered in a state of semi-convalescence for a year. He died July 12, 1863, at 55 years old. Father Murphy served 27 years as a missionary priest in the Diocese of Charleston, which, in those years, included the states of Georgia, South Carolina and North Carolina.

In August 1854, there was an outbreak of yellow fever in Savannah, Georgia. At that time Father Edward Quigley, former pastor of St. Paul Church, New Bern, North Carolina, was assigned to build a new church in the western part of the city of Savannah. (The Savannah diocese, consisting of the state of Georgia, had been established in 1850.)

Like Father Murphy, Father Quigley was a missionary and faithful parish priest, serving his flock in the midst of the pestilence. His bishop, Francis Xavier Gartland, died September 20, 1854, as a result of ministering to the sick and dying.

Moreover, Bishop Edward Barron, a missionary to Liberia and close friend of Bishop Gartland, had died only eight days previously, September 22, also as a result of yellow fever. He had come to Savannah hoping to recuperate from sicknesses contracted in his African missions. In his infirm state, he wasn't able to visit the sick in their homes, so he remained in the cathedral church, hearing confessions until he could do so no longer.

The testimony of Father Quigley in a letter to Archbishop Kenrick of Baltimore provides the following information about the state of things in Savannah during the time of the disease:

"Between the deaths of the two bishops I was alone for six or seven days, until at length Father Barry came to my relief from Augusta. I was then visiting from 80 to 100 sick persons a day, our deaths daily averaging from 40 to 48, this last being the maximum, and half of them generally Catholics.

For two months at least I neither said Mass nor gave the Viaticum nor Extreme Unction to anyone. I was able only to hear confessions, and was sometimes obliged to hear the confessions of husband and wife prostrated in the same bed at the same time, or rather I made their confessions for them in a general way and absolved them, hoping in the mercy of God and their own good dispositions.

But that was not all. A storm swept over the city such as has been seldom witnessed. The lower part of the city was submerged; whole blocks were unroofed; the roof of the bishop's house was carried away; and yet I had to sleep in that house, its only tenant, while I just snatched my meals from house to house as chance permitted."

By the time the fever subsided in November 1854, hundreds were dead, including at least 293 Irish immigrants, whose names have been recorded. Father Quigley survived, though much weakened.

Perhaps these witnesses of faith and charity from our own history might enable us to face whatever God asks of us in the days ahead for the welfare of his people and the salvation of our souls.