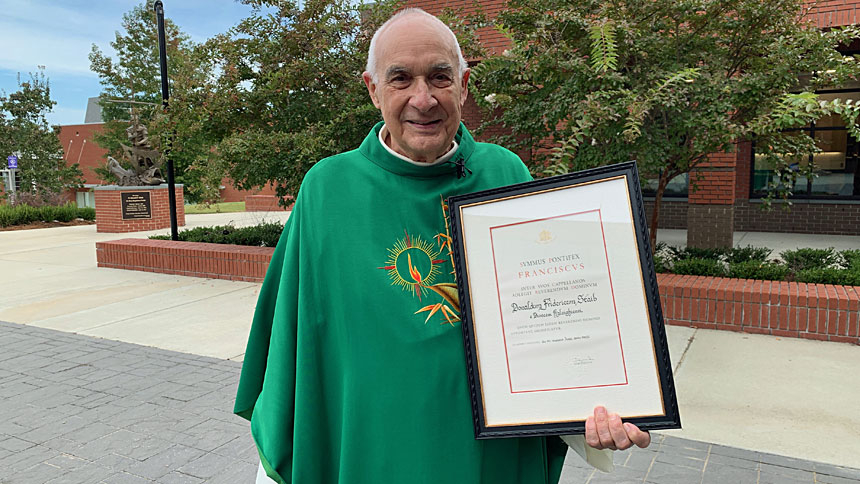 APEX – When Father Donald Staib retired from active priestly ministry this year, it was unceremonious. The official retirement was slated for summer 2020, but Masses were suspended in March due to the pandemic. There was no farewell Mass. There were no social gatherings. And there were no goodbye hugs from the parishioners whose lives he had been a part of for 22 years as founding pastor of St. Mary Magdalene.

A bit of ceremony finally came around Sunday, Oct. 4, though.

Father Staib, 85, returned to St. Mary Magdalene Church for Mass, and the community gave him a square, German-made, stained-glass window in the pattern of a windcatcher. It was created from remnants of the windows used in the church during its construction project, which began in 2016.

They also dedicated a Jonah statue, which stands in front of the church building, to Father Staib, and added a plaque listing his ordination day and other important dates.

It was a framed announcement noting that Pope Francis bestowed papal honors upon Father Staib, naming him a chaplain to his holiness with the title of monsignor. As it was given the congregation, which was limited in numbers for safety, gave him a standing ovation.

“You had a vision,” Bishop Luis said to Monsignor Staib. “And you worked hard. It was not only buildings you built, but a community you created … you gave yourself completely to the Lord.”

For his part, Monsignor Staib said he was surprised and overwhelmed by the honor. He added that, after 59 years of active priestly ministry, the difficult part of retirement was missing the expressions of parishioners and students and missing interactions with them. The other difficult part? Being a priest who likes to travel and retiring during a pandemic.

“I don’t recommend it,” he joked as those gathered smiled understandingly with him.

In the homily he spoke about a parable in which Jesus speaks to the chief priests and elders about a vineyard owner and tenants who didn’t care for the land.

He spoke about his love for traveling, and how these days he’s reading travel books and experiencing travel through the written words, photographs and videos of others.

“On our journeys we see the beauty of God’s creation,” he said. “In our lives, we are welcome to journeys. St. Paul said today how wonderful our life can be. ‘Whatever is … true … honorable … just … pure … lovely, whatever is gracious, if there is any excellence and if there is anything worthy of praise, think about these things …  Then the God of peace will be with you.’”

Click or tap each image to view full photo. 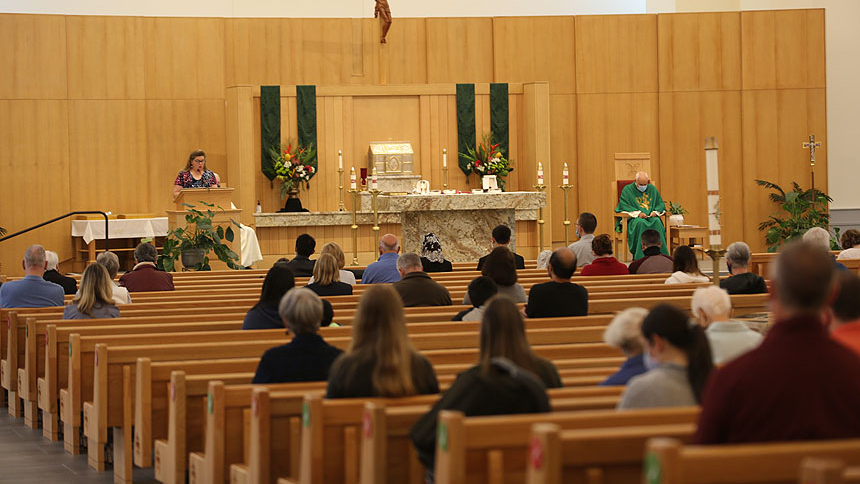 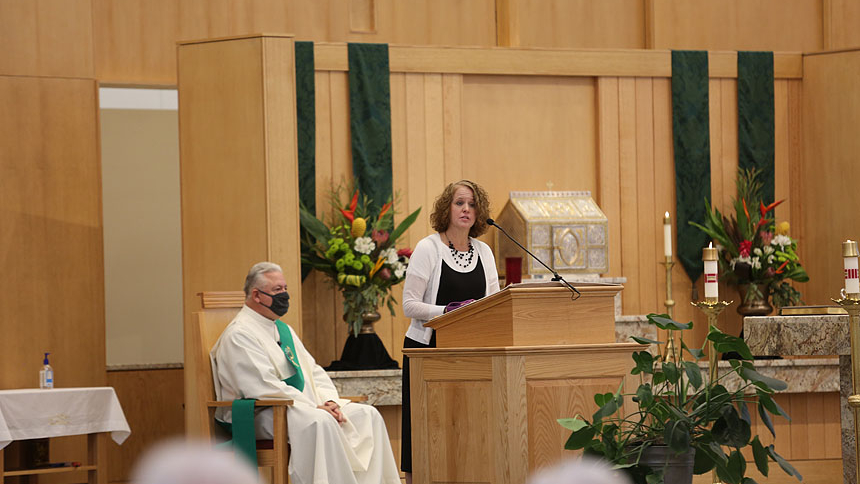 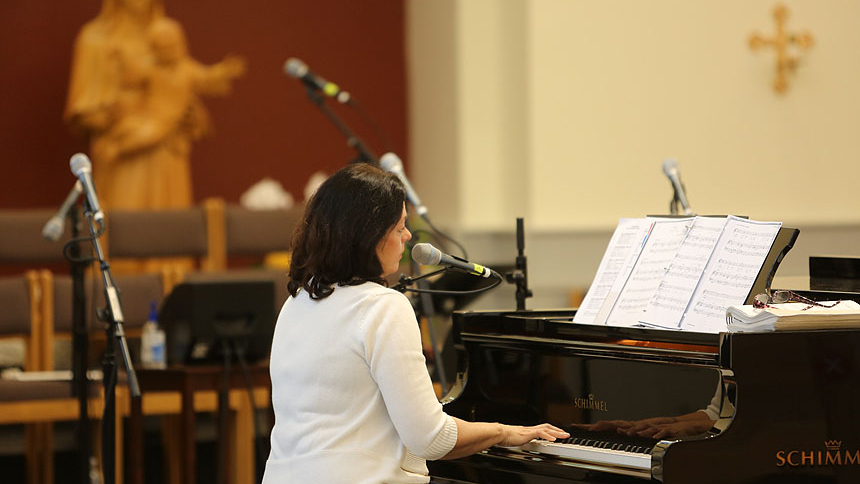 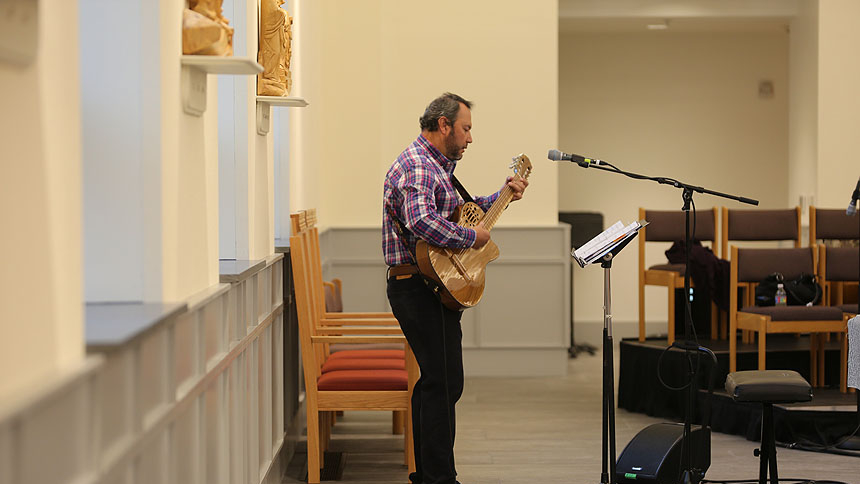 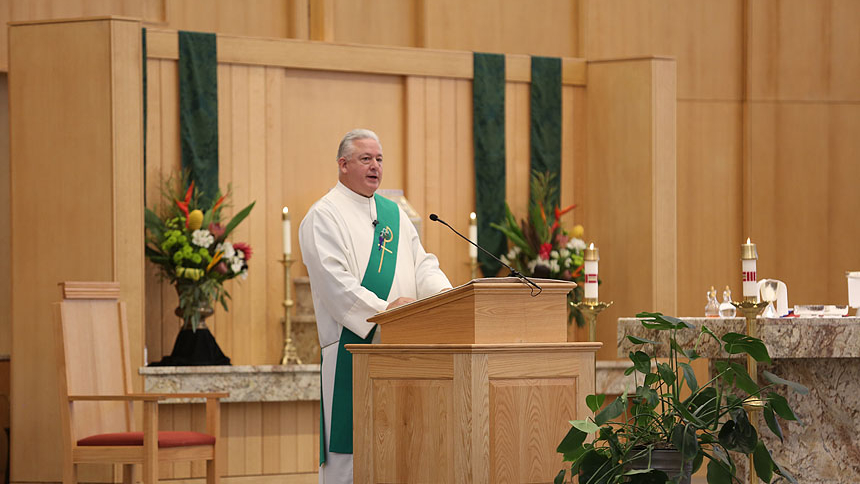 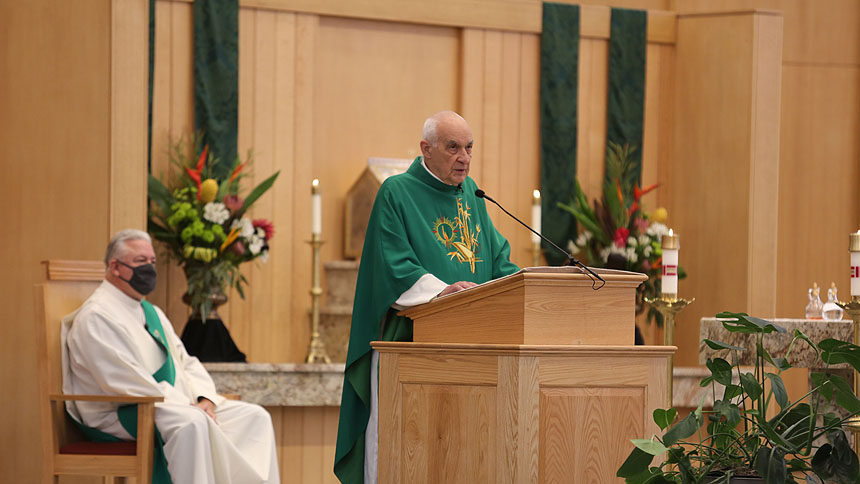 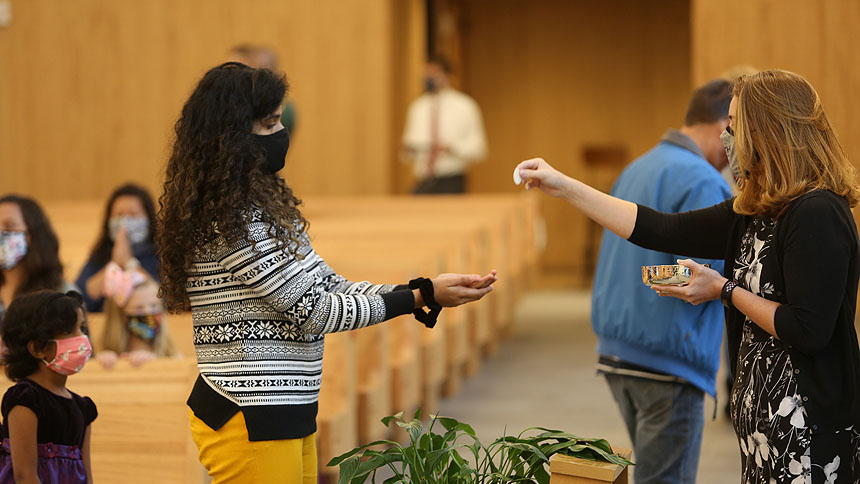 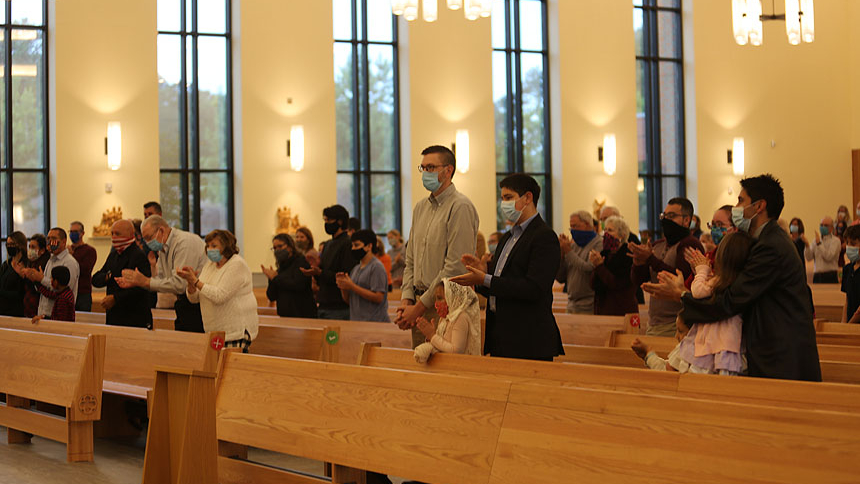 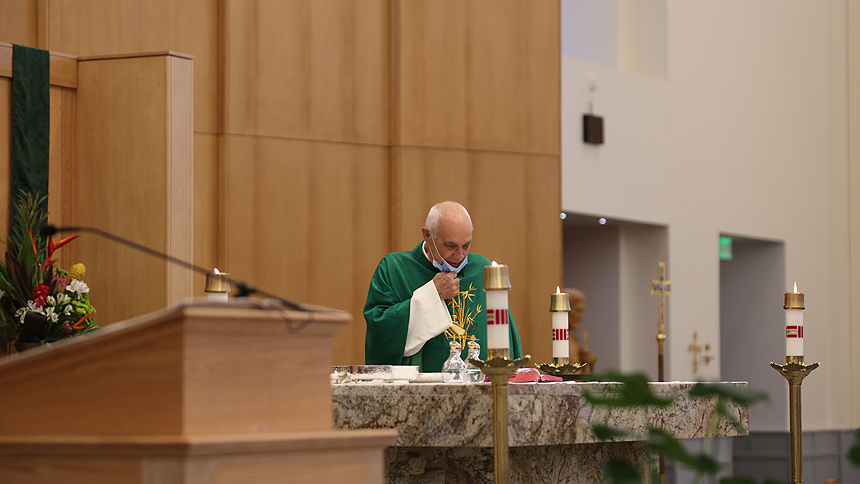 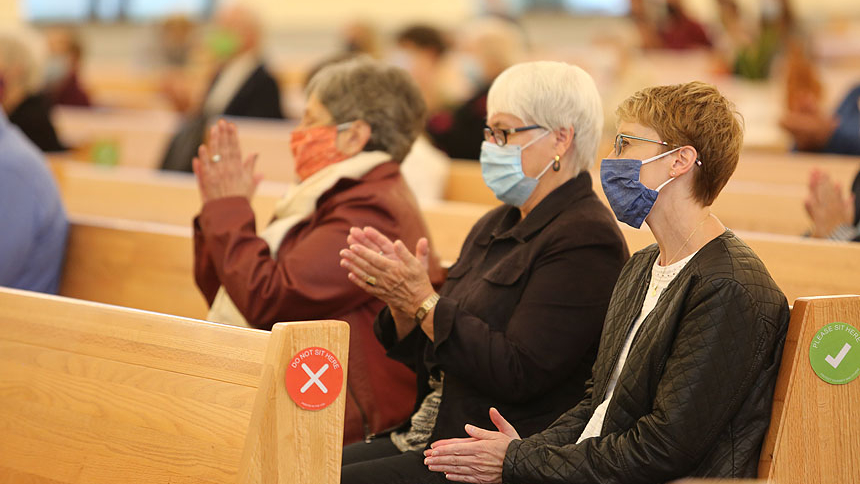 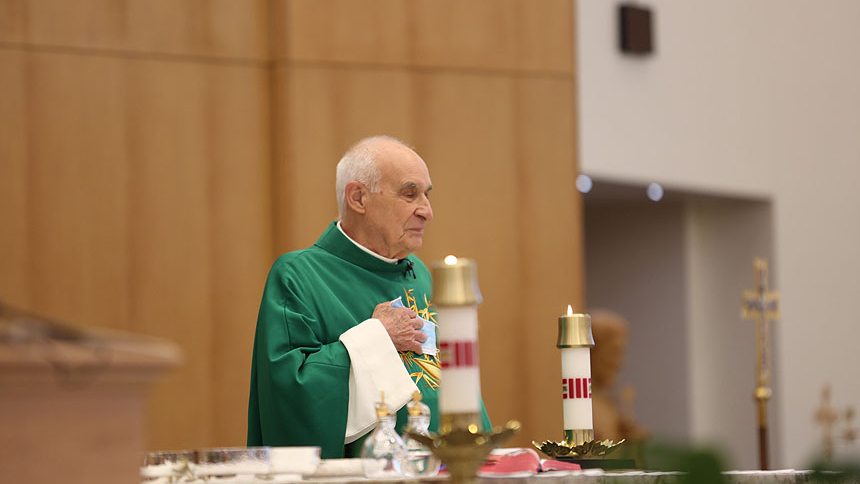 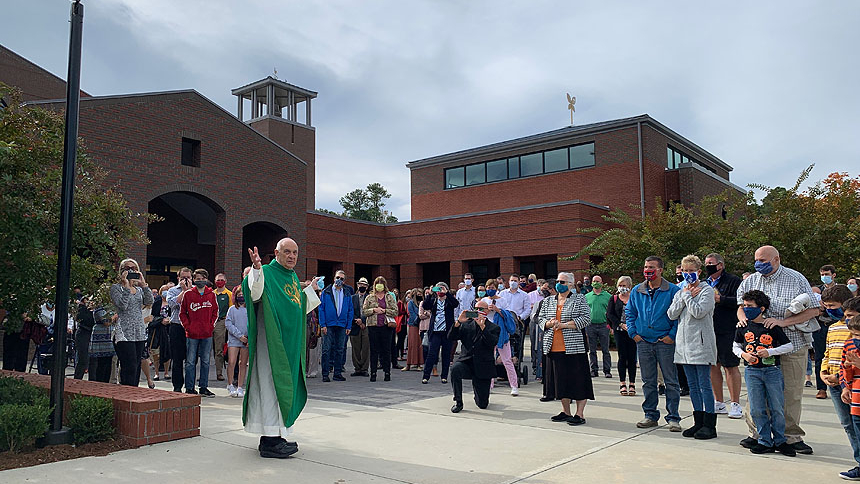 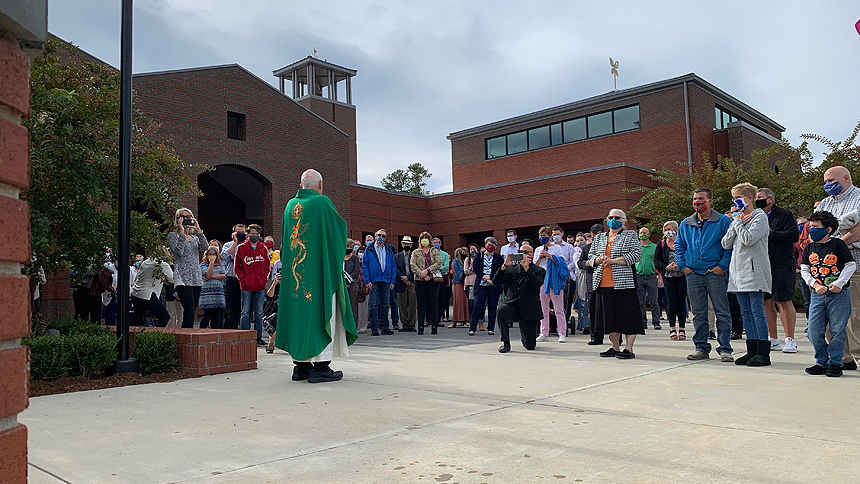 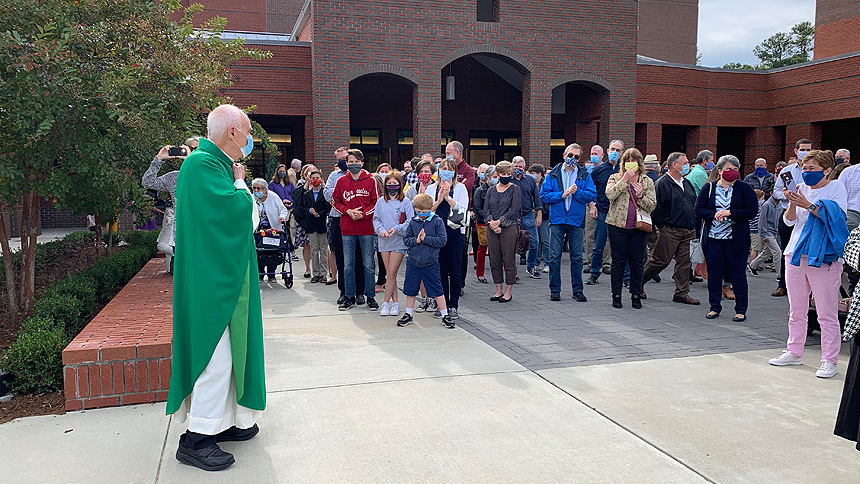 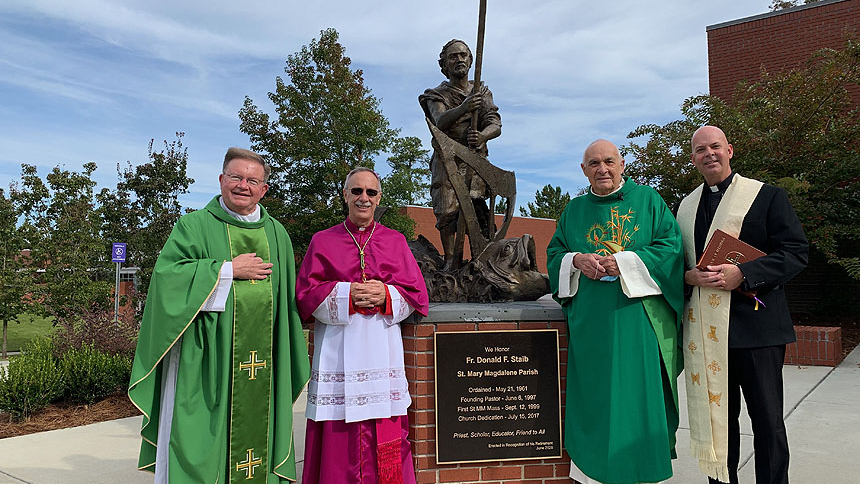 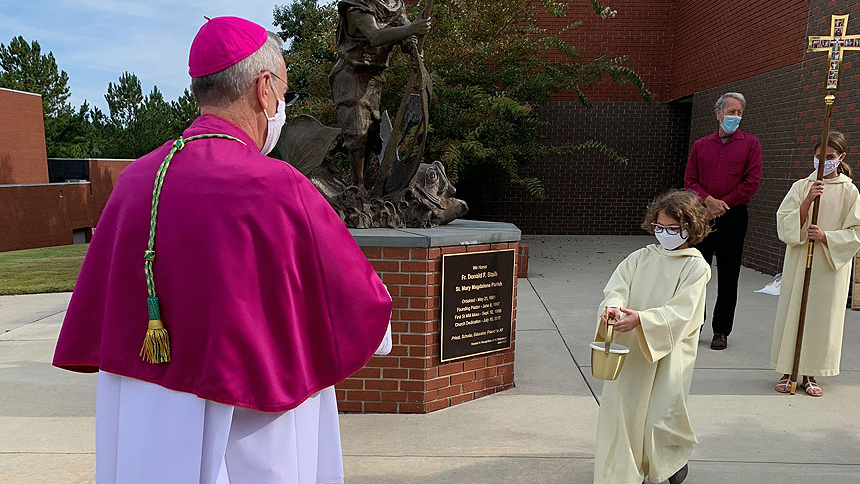 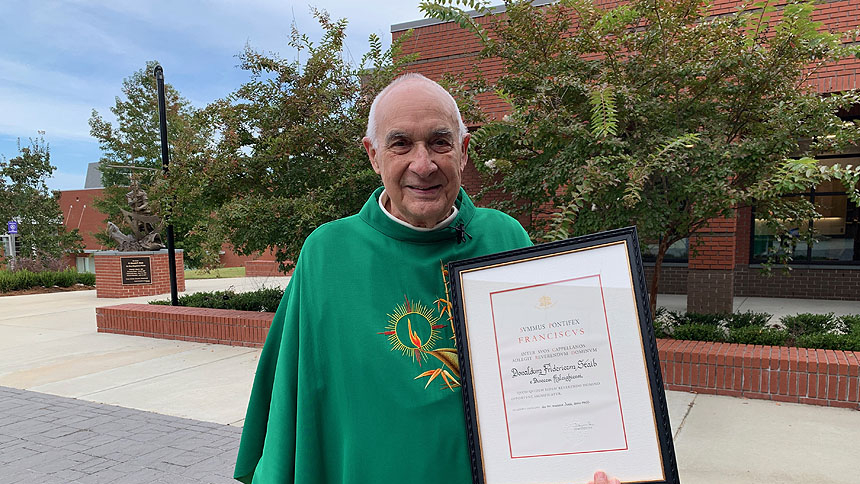