From warehouse to houses 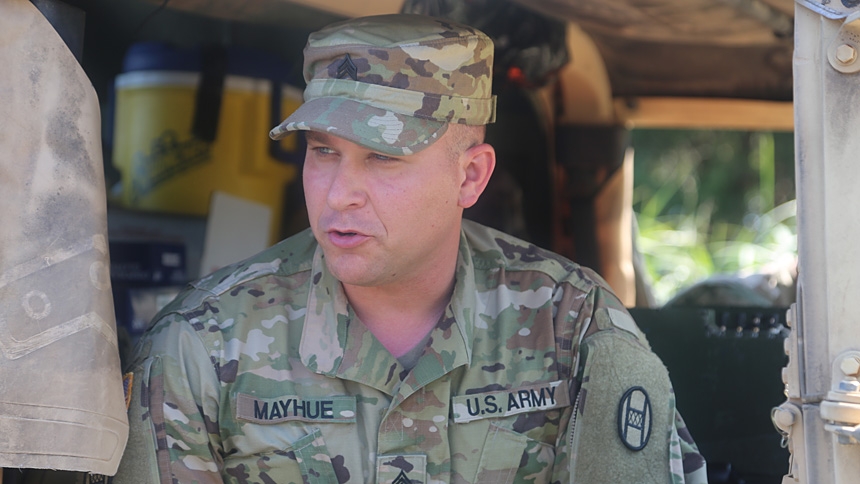 When the National Guard rolls in, people notice. A large, butter-colored, all-terrain vehicle with camouflage tarp tends to have that effect. Add in guardsmen in uniform and it’s not uncommon to hear people announce: “the National Guard is here.”

Jonathan Mayhue was one of those in uniform. A sergeant in the U.S. Army National Guard, he was sent to the New Bern area, initially, as part of a security force to prevent looting. After an assessment, though, it was clear that a secondary mission of delivering supplies was more needed.

With his colleagues, he spent numerous post-hurricane days traveling to a large warehouse, picking up supplies and offering those supplies to individuals. It’s a methodical, home-to-home process, and talking with people is key to helping them and their neighbors. Mayhue visited homes with mold and urged the homeowners to leave for shelters or other safe lodging.

“Everyone has pulled together as a community. We’ve got some neighbors putting up their other neighbors … we have seen people who have some very high spirits even though they have lost almost everything,” he said. “Neighbors have come together. We’re trying to work with them and be as effective as we can while we’re here.”