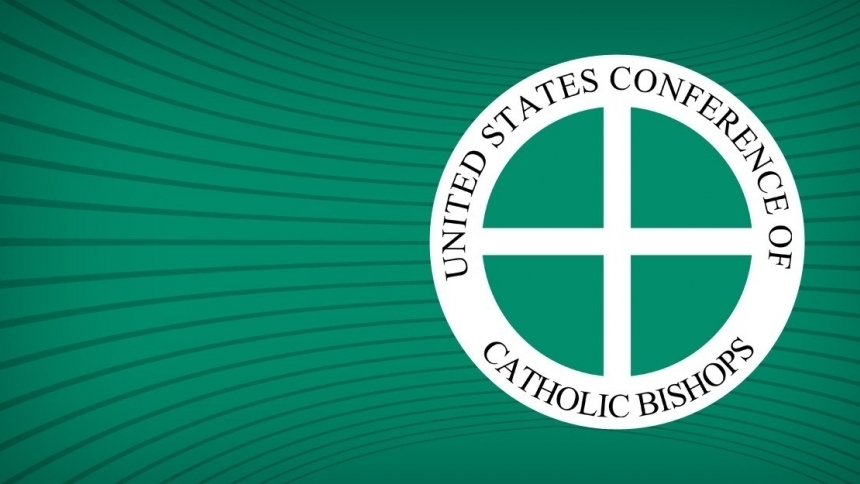 VATICAN CITY (CNS) -- Most of the proposals of the Synod of Bishops for the Amazon, including the idea of ordaining some married men, are deliberately specific suggestions that would apply only to the Amazon region, said Bishop Robert W. McElroy of San Diego.

However, he said, the proposal to continue to study the possibility of opening the permanent diaconate to women -- a proposal Pope Francis said he accepted Oct. 26 -- would have implications for the church globally.

The bishop attended the synod Oct. 6-27 as one of only two U.S. bishops participating. The other was Cardinal Sean P. O'Malley of Boston.

In an interview with Catholic News Service after the synod's final Mass, Bishop McElroy said the Synod of Bishops for the Amazon was an examination of ways "to best evangelize with the Gospel of Jesus Christ in this moment, in this place."

Focusing on an issue or two in the synod's final document, he said, would mean missing the whole pastoral point of the Catholic Church finding ways of being with the people of the Amazon, "standing with them as they're victimized, helping them understand the love and mercy of God in their souls, helping them build up communities in place which are often very, very remote."

"That's what this was," he said. "To make it anything less is a disservice."

The synod final document includes a series of proposals, he said, including: having a regional structure to promote cooperation among dioceses in the nine Amazon countries; improving formation programs and the development of lay ministries; and "to try to get more priests -- to get more celibate priests."

The proposal to ordain "viri probati," men of proven virtue, even if they are married, was seen as one way to bring the Eucharist and other sacraments to communities that are very remote and may have access to Communion only once a year, he said.

For his own diocese, he said, "I think the role of women and the question of the diaconate is an important one to follow up on."

When Pope Francis said Oct. 26 that he would reconvene or expand the commission he set up in 2016 to study the role of women deacons in the New Testament and early church, "that signals to me there's new life to that proposal," Bishop McElroy said.

Within the synod, he said, "there was tremendous visceral support for the work women are doing in the Amazon" and "that's why the support was so strong on the diaconate question."

And when discussing women deacons, the bishop said, synod members did not frame it as a possibility only for the Amazon in an emergency situation.

"My own view is that I'm in favor of opening any ministry we have in the church to women which is not clearly precluded doctrinally," he said. "So, my own assessment of it, and I am not an expert in the field, but what has come out so far indicates that the permanent diaconate for women is not clearly prohibited by doctrinal considerations. So, my hope would be that they would find a pathway to make that a reality."

As for the proposal to ordain married men, Bishop McElroy said that in the synod speeches "you see the dilemma that is posed when a sacramental church doesn't have access to the sacraments."

Celibacy as a general requirement for Latin-rite priests in the Catholic Church was "undiluted" in the synod, he added. Almost all the participants who asked for the ordination of married men told the assembly: "Celibacy is the norm for us. We want more celibate priests; that's our first effort."

In the end, the synod asked for the ordination of some permanent deacons, which, the bishop said, means years of preparation. "This is not going to be some massive shift that occurs in the region."

Synod members also were clear that they were asking for a special pastoral provision for isolated Amazon villages, he said. "They kept reiterating this is an emergency situation for faith communities that only get the Eucharist once a year."

The proposal is "very delimited," he said, and applies only to the Amazon.

In many ways, Bishop McElroy said, the synod is asking for a similar pastoral provision to that provided to the Catholic Church's Anglican Ordinariates, which ordain as priests married men who had served as Anglican pastors.

Despite the poverty and violence in the Amazon, he said, there was a "sense of joy amid the challenge" that all the Amazonian participants shared with the synod. "There was a sense of God's presence, of God leading them" and helping them "come to a consensus on a variety of points that might have been contentious before this process began."

The biggest synod issue that implications beyond the region though, is the ecological one, he said.

The synod issued calls to protect the environment by reducing the use of plastic and petroleum products, by reducing CO2 emissions and by halting the clearing of forests to create pastures for cattle.

"Later is too late," the bishop said, quoting a line his small group proposed for the final document. "We are rapidly approaching the point that we will have stolen the future from new generations."