An unfolding reality: Sister Chris is living a charism and celebrating a jubilee 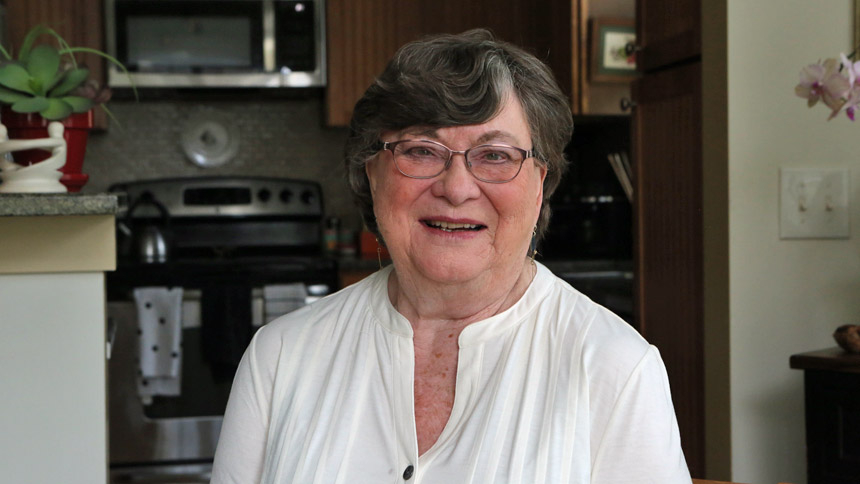 A lot has changed since then, but her answer to her call has remained the same. Today she’s not only a member of the Sister Servants of the Immaculate Heart of Mary, headquartered in Michigan, but also a licensed clinical social worker and spiritual director in Chapel Hill, North Carolina, using her skills and knowledge to help others through her work and life.

“It’s a real fit for who I am and who I’m called to be,” Sister Chris said. “Our charism is living the liberating mission of Jesus.”

Sister Chris entered into community in 1960. She began her life in service as a teacher. While teaching in Michigan, she noticed that students would often stay in her classroom after school to talk. This experience continued wherever she taught and led her to seek professional training in counseling.

“What I found in my life experience in terms of students - high school or college or grade school – was that they would come to my classroom after school and sit around and want to talk,” Sister Chris said.

In 1976, she came to Greenville, North Carolina along with I.H.M. Sisters Jane Paris and Helen Shondell to do work in parish ministry. In Greenville, she worked on a pastoral team to serve two parishes in the area, St. Peter and St. Gabriel. Sister Chris has been living her vocation in North Carolina ever since.

After her time in Greenville, she moved to Raleigh in order to establish the Office of Spiritual Growth and Development in the Diocese of Raleigh. She subsequently opened the Avila Retreat Center in Durham where she aided in administering retreats and offered spiritual direction. Until it was sold in 2019, Avila operated as a diocesan property and a place for Catholics, and those of other faiths, to make a retreat.

“The fact that students would always come and want to talk, that same thing happened in parish ministry,” she said. “People would come and they wanted to look at things, and I wanted to be qualified to be able to do that kind of work to advise them on that.”

After working at the retreat center, Sister Chris said she was aware she needed to get her social work degree, an aspiration that grew from her time talking to students and aiding others in spiritual direction. She attended UNC Chapel Hill and obtained
a masters’ degree in clinical social work.

In the years following her time at UNC, Sister Chris has used her education and training in clinical social work and certificate in spiritual direction to facilitate a dual private practice where she serves people in psychotherapy or spiritual direction.

Though Sister Chris is guided by her faith in both aspects of her practice, she said that spiritual direction and psychotherapy are distinct from one another.

She said therapy is more rooted in people seeking her help for problems in their lives.

“In terms of the therapy, people are usually looking for a therapist, and there’s usually some trauma that’s happened in their lives,” Gellings said. “It could be abuse, it could be loss, death, depression, anxiety or trying to learn how to live with whatever is there.”

Sister Chris said that her vocation calls her to constantly learn, something that continuing her education in clinical social work has allowed her to do.

Sister Chris said that this practice and her work has been deeply gratifying and that she will continue it as long as she can.

“It’s rewarding when you watch somebody move from unhappiness, depression, anxiety, constriction to a healing place or a place of being able to live much more fully,” she said. “That’s very rewarding.”