For their community: Brothers give back and honor their mom 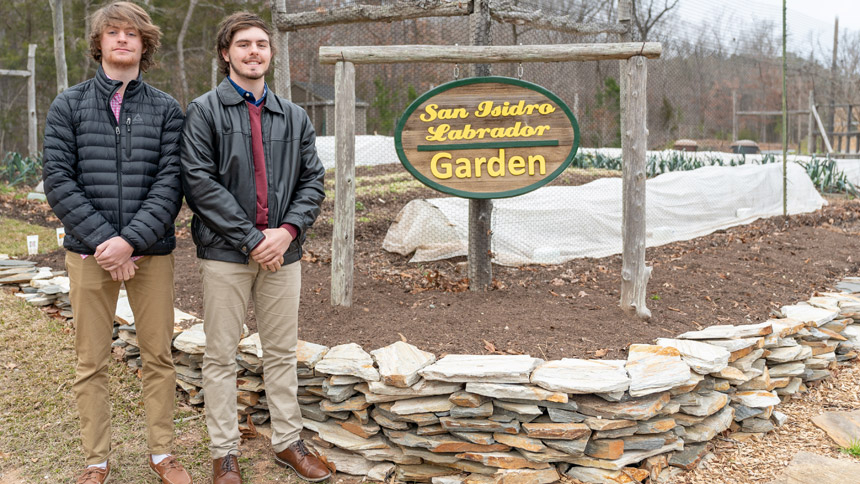 Above: Logan (left) and Trevor McNeil worked on service projects on the campus of their parish, St. Thomas More Church in Chapel Hill. (Photo by Maya Reagan)

Trevor and Logan McNeil have been involved in Boy Scouts of America since they were in the 1st grade. Now high school students, they are pursuing the Eagle Scout award, a service project designed to improve the lives of others.

“The goal is to build or fundraise something in your community.” Logan said. “The main thing is it has to benefit your community in some way.”

Both have also been very involved in their parish — St. Thomas More in Chapel Hill — since they were young. It made sense that when they decided to pursue Eagle Scout, to pick their local parish as the location for their projects.

“We had been going there every Sunday for as long as I can remember,” Logan said. “Helping them out meant a lot to us.”

The McNeils contacted the parish office and met with Carlos Lima, who directs the church’s operations and finance. Lima usually keeps a list of potential projects for anyone who decides to pursue the Eagle Scout award, and he had a few project ideas for the brothers, who are twins.

“There was an idea of doing a small picnic area on the South Campus, which is a property we bought a few years ago,” Lima said. “Then the group that works on the community garden, they had requested a small retaining wall and some changes to the area a few years ago.”

These were the projects the twins selected, with Trevor taking on the picnic area and Logan working on the retaining wall.

The Eagle Scout project required Trevor and his brother to get preapproval from their troop, find a mentor, fundraise, perform hours of volunteer work and give a presentation of the work completed and how it helped their community.

“For the Eagle project itself, you have to start with the paperwork, and you have to have an idea of what you are going to have to do,” Trevor said. “You have to get all of the paperwork and approvals done before you can even start.”

The twins spent most of 2021 working on their projects. According to Lima, they were very dedicated. He said they kept their eyes on the prize throughout the months they worked on the project.

“I explained the ideas of what we had in mind, they shared what they thought about the projects and they came back with their proposals,” Lima recalled. “They were very focused on completing the project, and I know that being in the Scouts, their Eagle Scout projects were very important to them.”

The completion of the project was not just important to Trevor and Logan, it was also something important to their mother, Laurie. The Eagle Scout award was something Laurie hoped her sons would complete, according to Lima.

Laurie was very involved in her sons’ scouting and helping to develop their faith, something she did for not only the twins, but for their older brother, Colin. She was also very involved in the St. Thomas More community, where she served as a volunteer in the youth ministry program and the faith development program.

“Through the years, my mom and my dad gave a helping hand to help guide us along the way and give us support,” Trevor said.

Laurie and her husband, Eric, supported their three sons’ endeavors. And during much of the time the twins prepared to work on their project, Laurie was battling breast cancer.

“She really was the main one pushing for this,” Trevor said.

Laurie held a special place in the St. Thomas More Parish community, according to Lima. Many people came to her funeral services to support the McNeil family.

“If you saw the line of people that were here for her funeral, you’d see how deep her roots were and the connection that she made here in the church,” Lima said. “She was so nice, and she was so loved.”

Despite their mom’s tragic passing, the young men knew they wanted to continue and complete the projects they had set out to complete earlier in the year. For them, it was about honoring their mom, who pushed them to work on the project in the first place.

“It was a big thing she wanted, so we did it for her,” Trevor said.

Logan said during the project, his mom would encourage him to keep going even when he felt the project was too much of an undertaking.

“I would kind of push it off sometimes, and my mom would be the one to push me to keep going,” Logan said. “She really wanted us to be leaders in life, and I think the Eagle Scouts were a way to do that.”

Lima said even after their mother’s passing, the McNeils worked tirelessly to make sure their projects at the church were completed.

“Scouting was very important for Laurie, and I think that it was a big drive for the kids to complete the project, even around the time of her passing,” Lima said.

Ultimately, Trevor finished his picnic area, and Logan completed the retention wall and repairs to the church’s garden. Since the projects’ completion, the young men are working on the final steps to obtaining their final award. They had support from all over the community, ranging from volunteers from the church itself to the twins’ baseball team coming out to help them complete their projects.

“It really meant a lot to me that all 20-something people on my baseball team came and were willing to help,” Logan said.

Through the entire process of the projects and the emotional toll losing their mother had on them, the two young men found themselves turning to their faith to get through day-to-day life. Trevor said his faith is what ultimately helped him get through the completion of his Eagle Scout project.

“Being strong in faith is really important in those times,” Trevor said. “It was really important that during that time right after my mom’s passing that I did something instead of just wondering and thinking.”

Eric said seeing the young men complete their project is something he is very proud of.

“These projects are pretty substantial, and the young men had to step up and do adult-level work,” Eric said. “These are things that are going to be there for many years, and many of our fellow parishioners will enjoy them.” 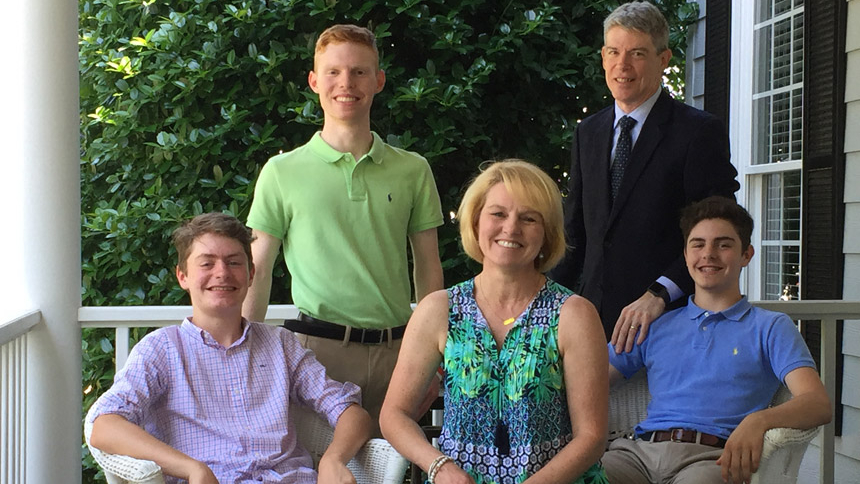 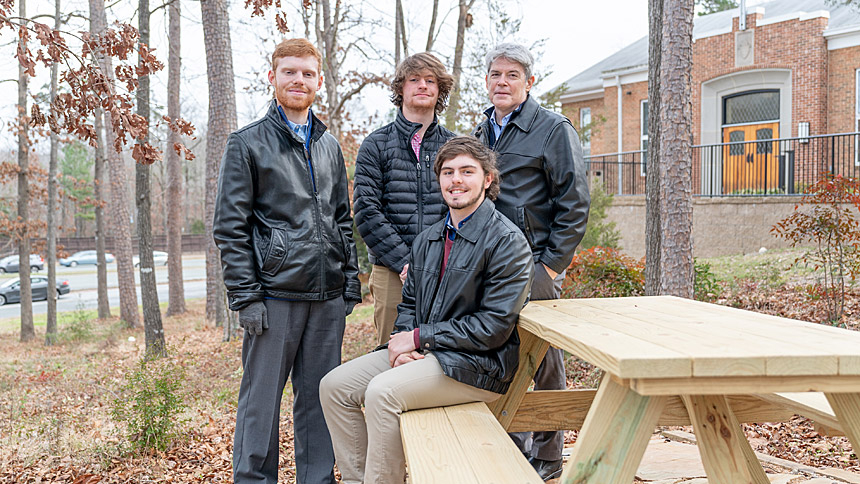 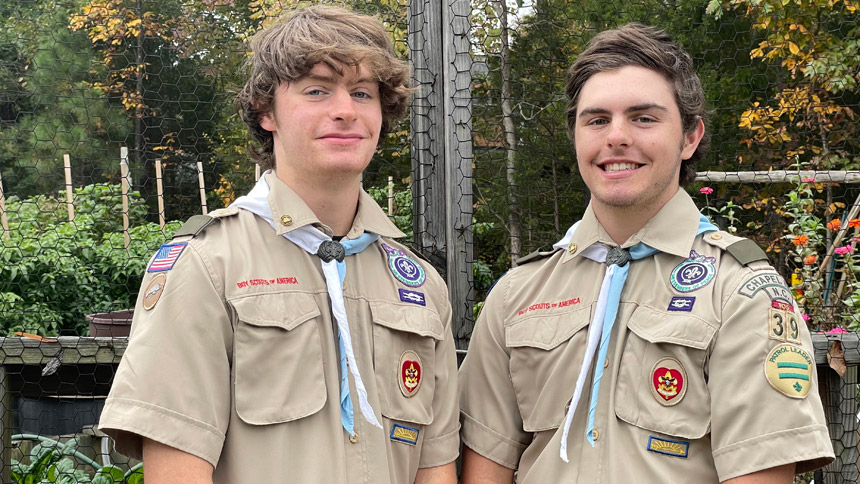 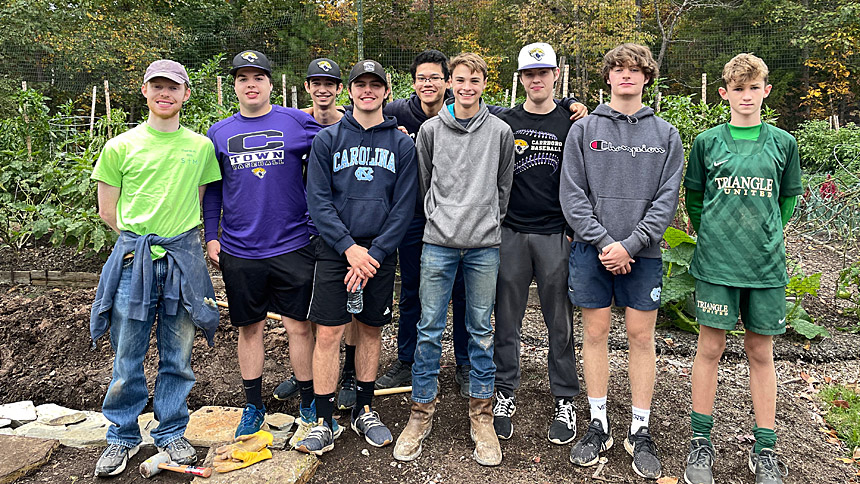 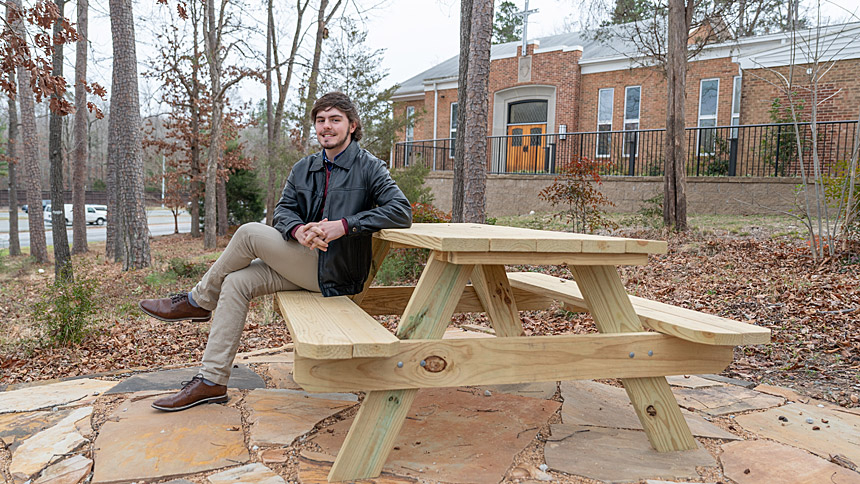 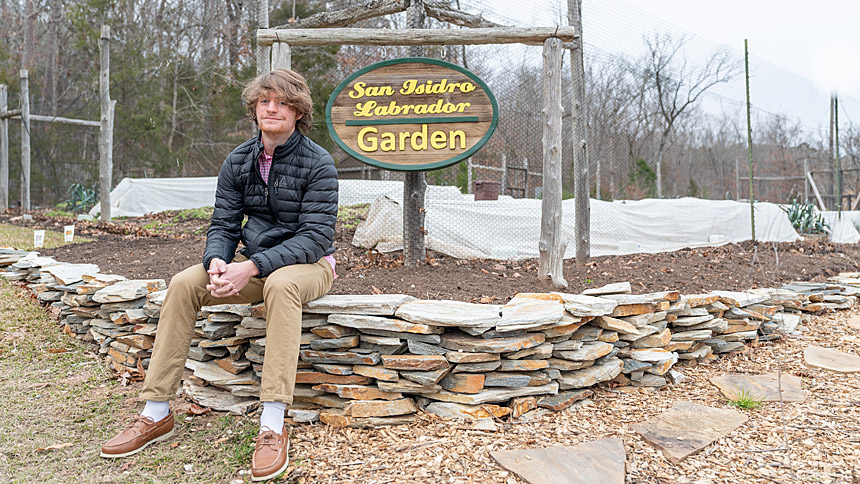