Solemnity of the Immaculate Conception of the Blessed Virgin Mary, Dec. 8 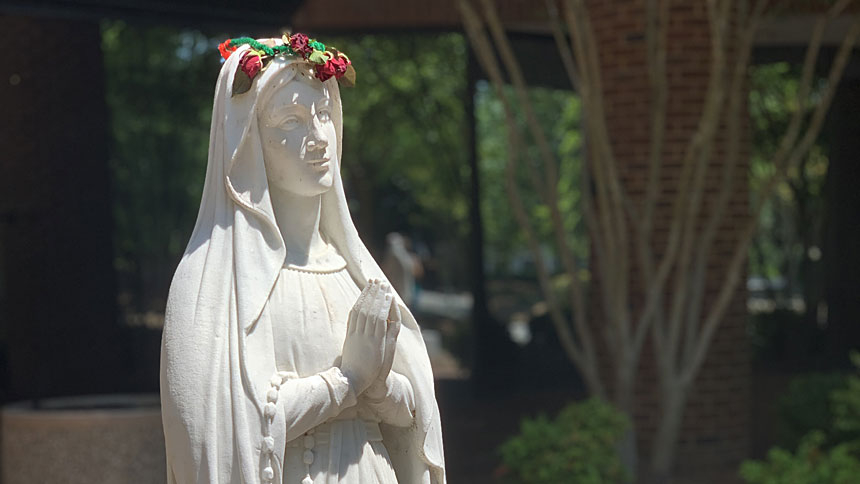 On Tuesday, December 8, we celebrate the Solemnity of the Immaculate Conception of the Blessed Virgin Mary.

An essential part of God’s plan for the mother of his Son was that she be conceived free from Original Sin. “Through the centuries the Church became ever more aware that Mary, ‘full of grace’ through God, was redeemed from the moment of her conception” (CCC, no. 491).

In anticipation that she was to bear the Son of God, Mary was preserved from the time of her conception from Original Sin.

In the course of time, the doctrine of the Immaculate Conception became more precisely enunciated, as its truth—long supported by the universal popular devotion of the faithful—was better understood by deepening theological inquiry.

In 1854, Pope Pius IX proclaimed this dogma infallibly: that is, in his role as supreme teacher of the Church, he declared that this doctrine is divinely revealed and must be accepted with faith by the entire Church.

Remember, O most gracious Virgin Mary, that never was it known that anyone who fled to your protection, implored your help or sought your intercession was left unaided. Inspired with this confidence, we fly unto you, O Virgin of Virgins, our Mother. To you we come. Before you we kneel, sinful and sorrowful. O Mother of the Word Incarnate, despise not our petitions, but in your clemency, hear and answer them. Amen. - St. Bernard of Clairvaux