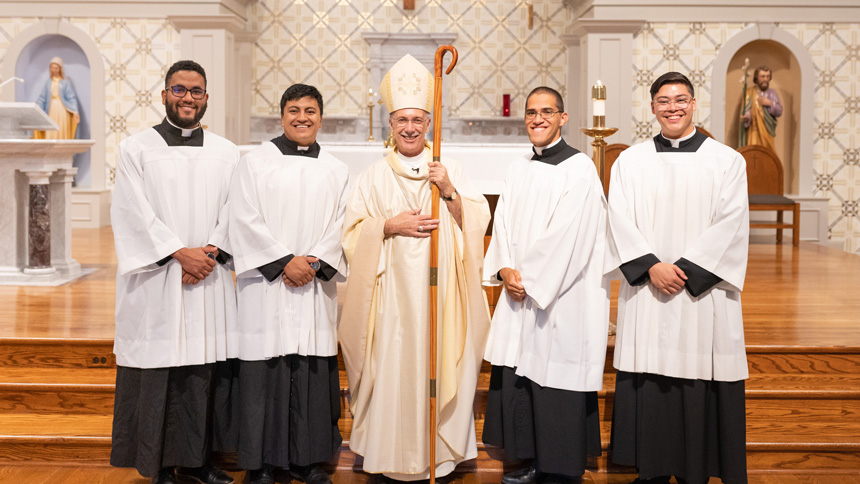 CARY – The 15 seminarians of the Diocese of Raleigh gathered Thursday, Aug. 4, at St. Michael the Archangel Church for the Rite of Admission to Candidacy for Holy Orders. It was a particularly meaningful day for seminarians Anthony May, Gabriel Nugent and Jesus Alfredo Julio Tovar, who received the rite.

It was also especially important for seminarian Bairon Guerrero, who was instituted as a lector during Mass. “It’s a grace that I received,” he said. “I am putting myself in the Lord’s hands … trusting God and willing to serve the diocese in this part of North Carolina.”

As Bishop Luis Rafael Zarama said during his homily, these stages are small, but part of a step-by-step process in which the men open their hearts and let Jesus see them as they are.

“The most beautiful thing that can happen to you is growing … and knowing Jesus more and more,” the bishop said to the men, who are discerning the priesthood. Several diocesan priests and family members of the seminarians were also present for the occasion, which was streamed live for those who couldn’t attend.

This Mass is an annual celebration and one of the occasions where seminarians gather after their summer concludes. Of the 15 seminarians, three spent their summers in language immersion programs, six worked in a parish and six traveled to Omaha, Nebraska to attend the Institute for Priestly Formation Summer program.

Nugent participated in IPF, which began with an eight-day silent retreat. While there were classes, he said the experience was more spiritual than academic and that he and his fellow seminarians from the Raleigh diocese joined seminarians from throughout the United States to focus on aspects of their lives such as what it means to see themselves as men of Christ.

“In a sense, the free time was a highlight,” he said. “We had the freedom to engage in prayer, study and fraternity and find fulfillment.”

Seminarian Drew Navarro attended a six-week language program in Guatemala to improve his Spanish speaking and writing. Days, he said, began with a rosary walk and breakfast before studying one-on-one with a professor who helped him focus on conversational Spanish.

“Nothing compares to being properly immersed in the culture,” said Navarro, who studied Spanish in high school as well.

He said a highlight was visiting the site where Father Stanley Rother, originally from Oklahoma, was martyred in 1981 while doing mission work. Father Rother was named blessed and beatified in 2017.

“When I see Blessed Rother, he’s the epitome of a diocesan priest … a model of that life,” Navarro added.

For Johnston, a highlight of the summer experience was serving the parish’s high school ministry by accompanying them on a mission trip to Virginia, where the group joined Rise for Hunger to serve the homeless. 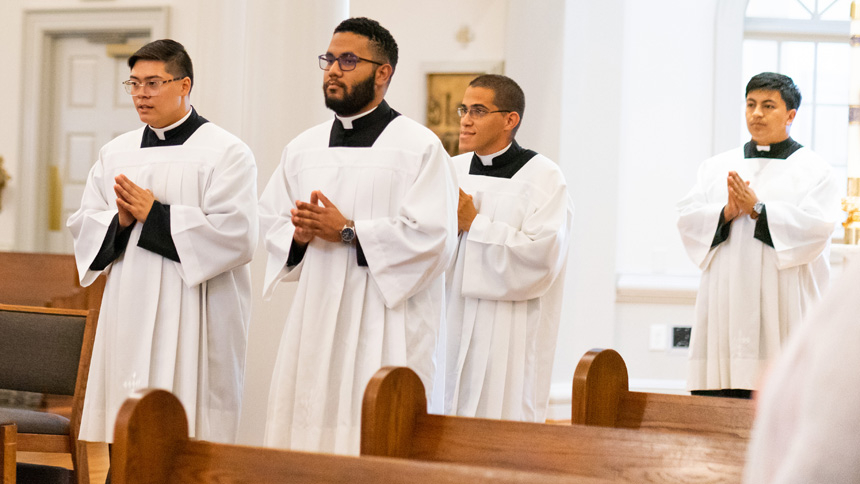 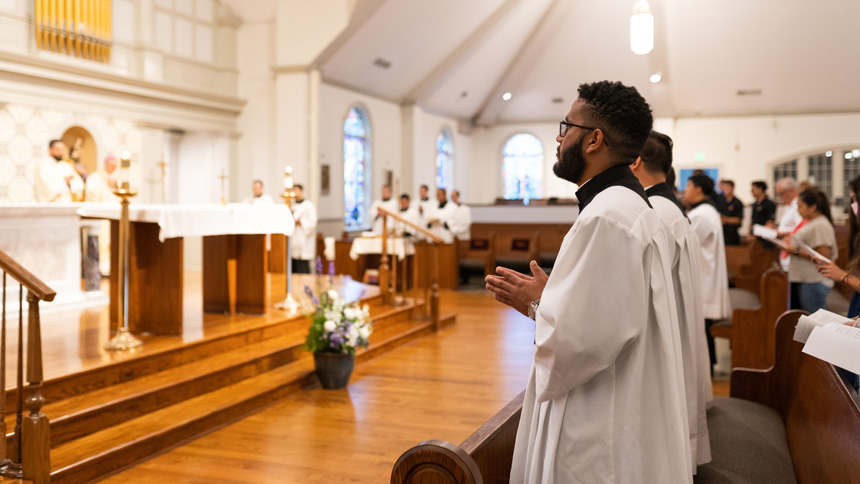 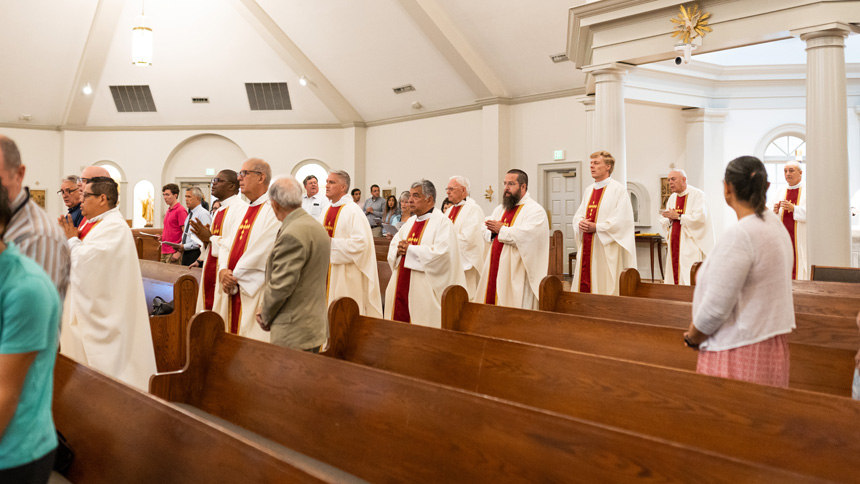 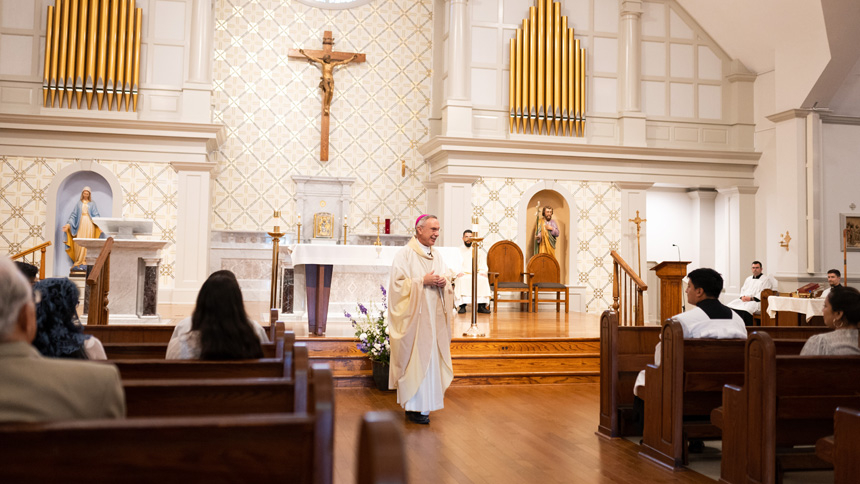 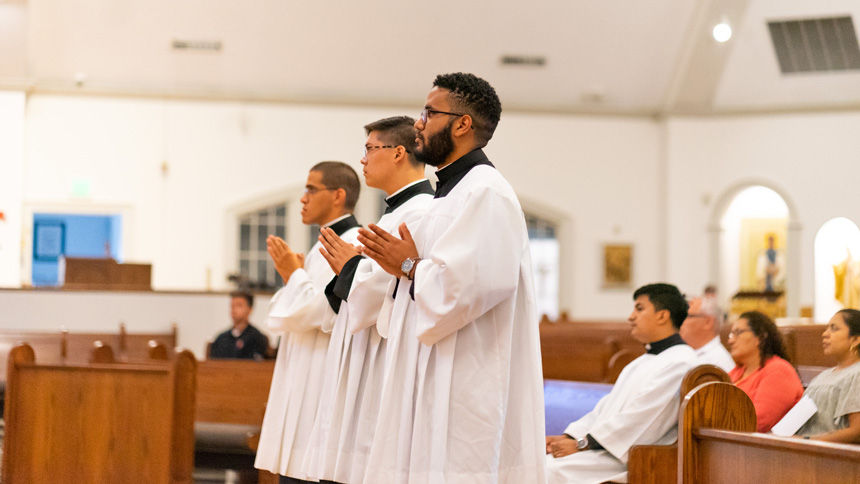 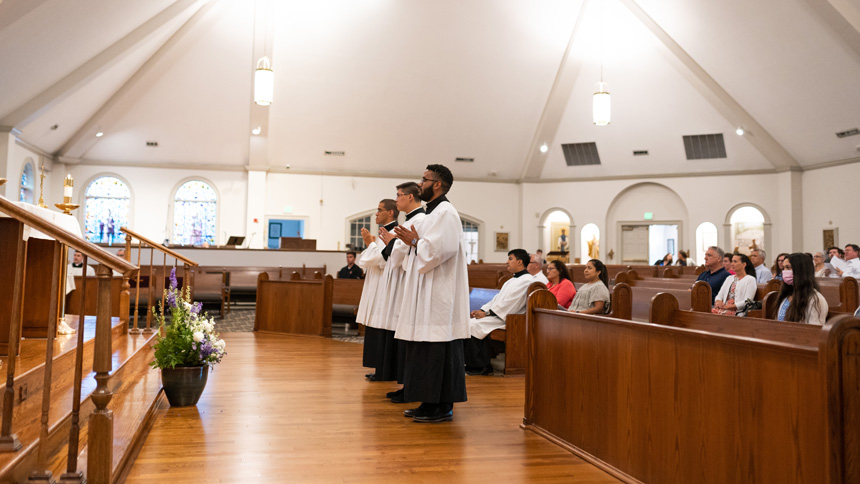 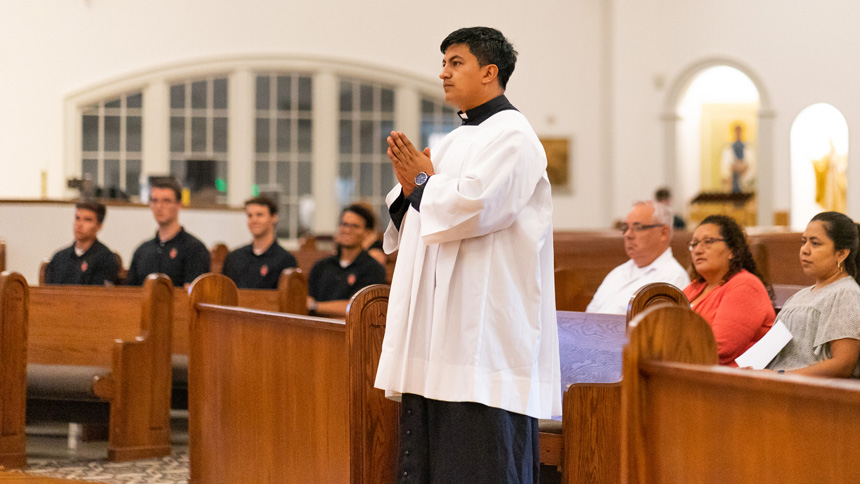 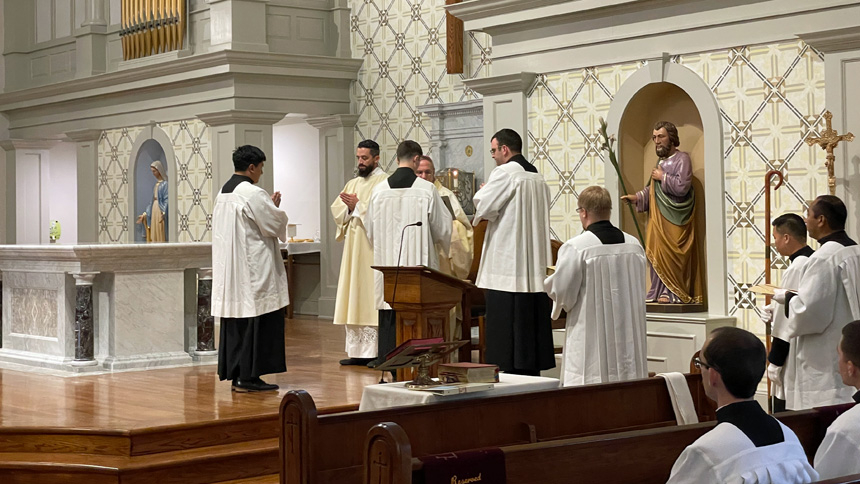 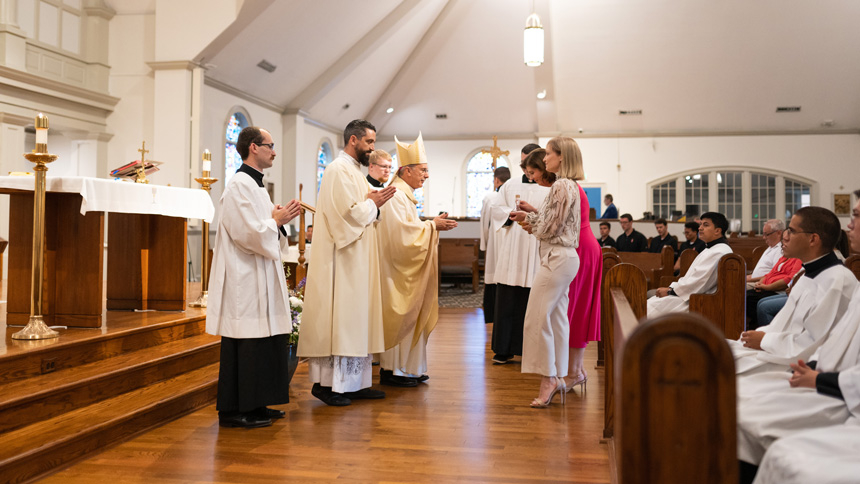 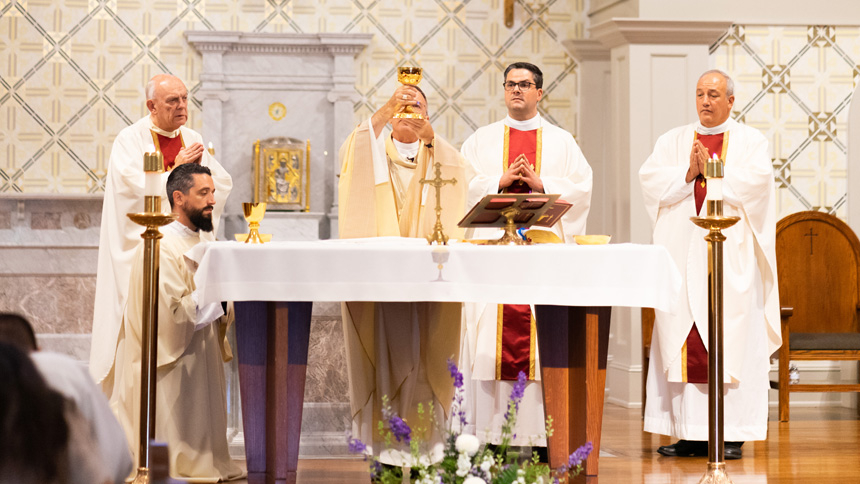 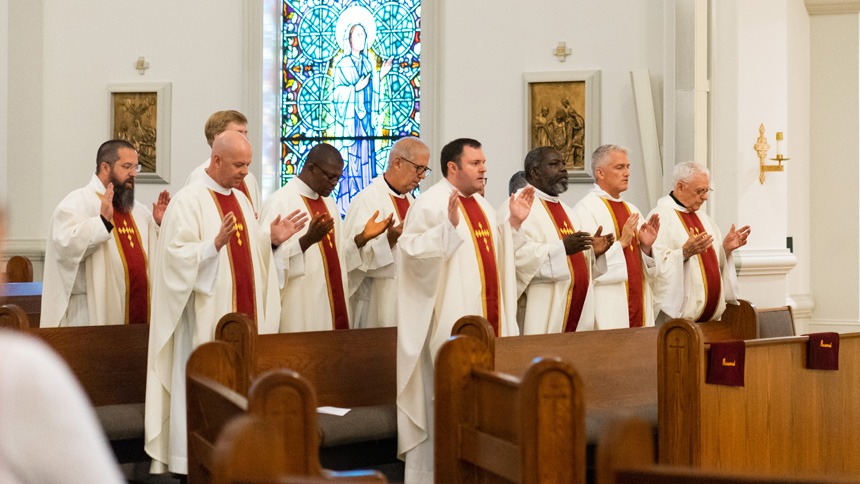 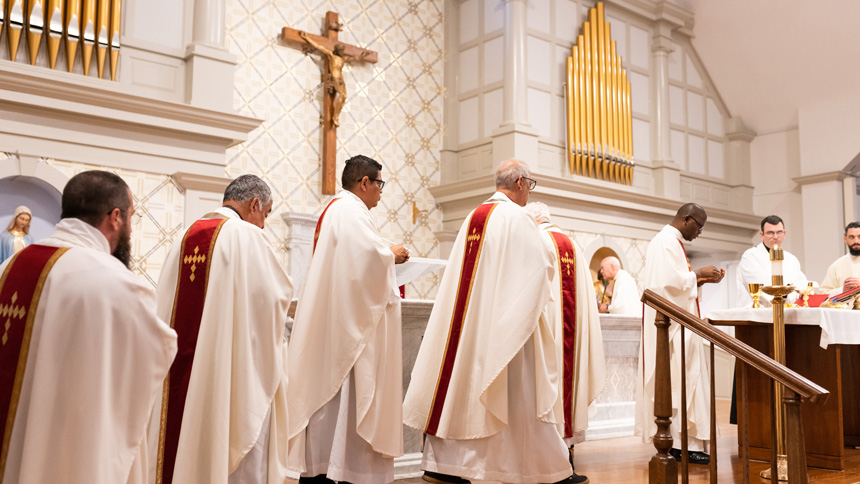 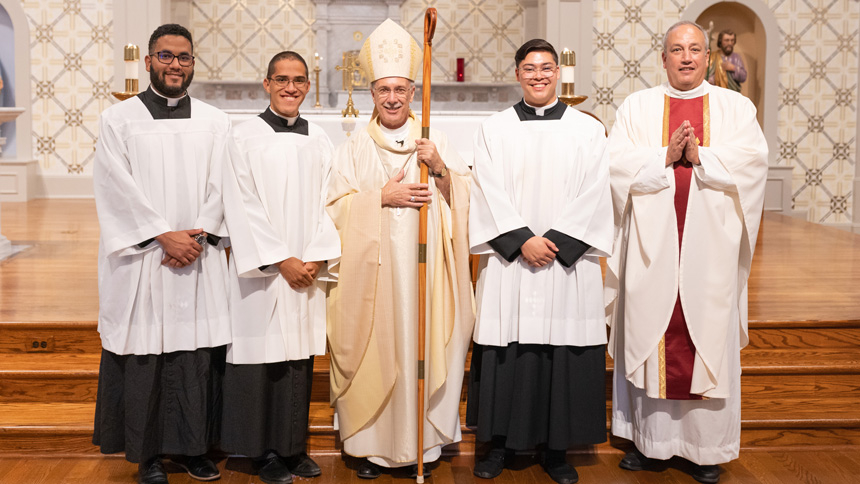 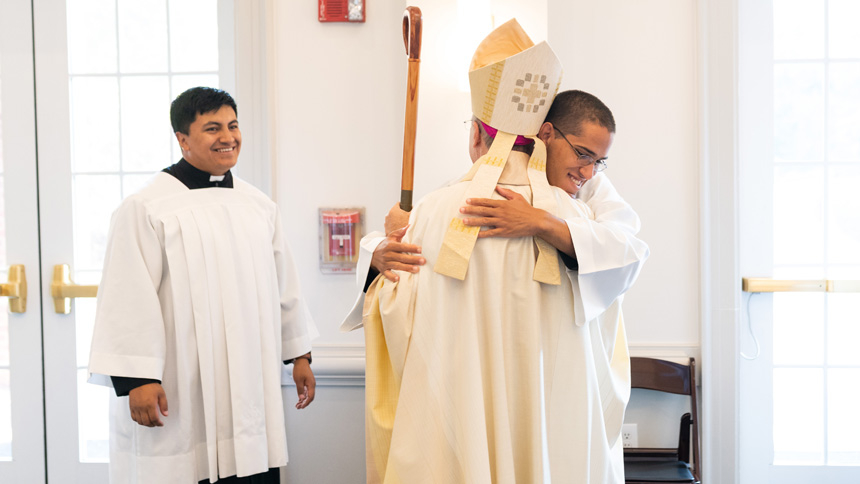 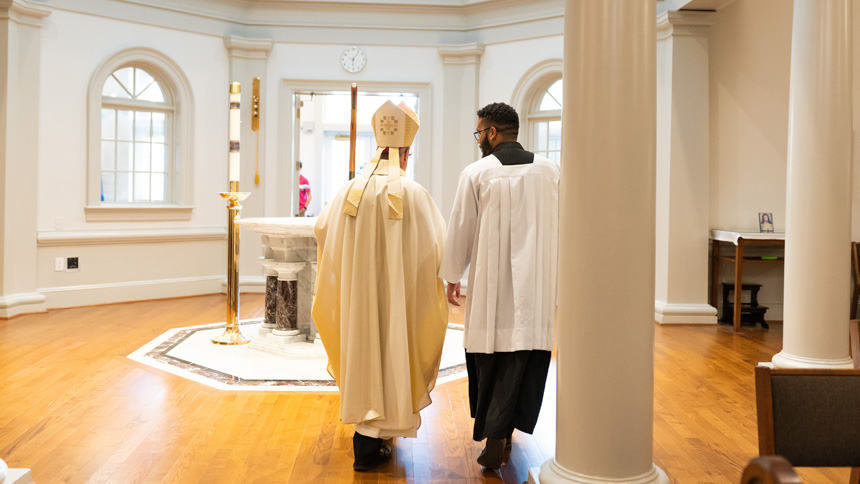 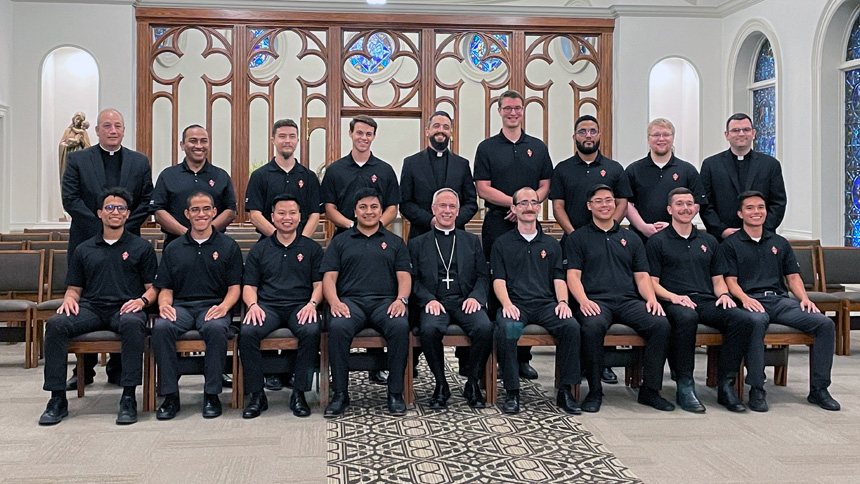