A Ripple Effect: Local teacher becomes a hero in Haiti 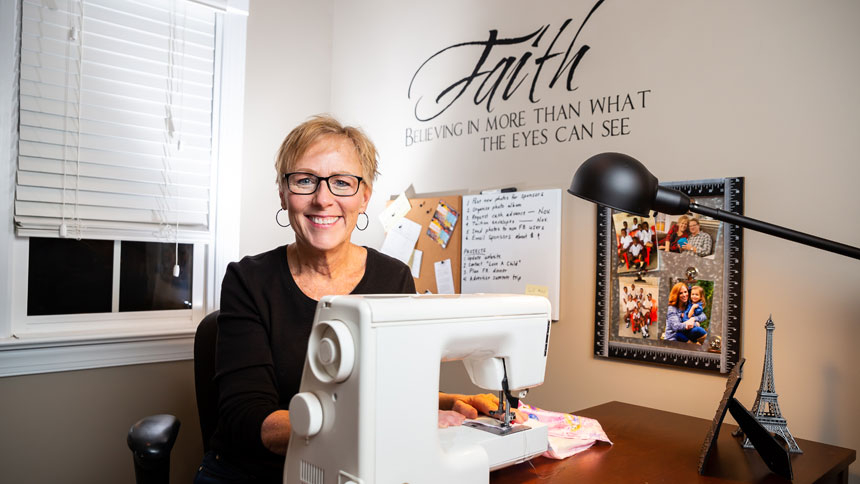 Paula Heidrick had no idea what to expect when she prayed to God for a passion. She knew that she loved her family. She knew she loved teaching students to sew. But she sensed that people around her were passionate about things beyond family and work, and she was hungry for more.

“For so long, my prayer was, ‘Dear God, introduce me to something that I can be passionate about outside my family and my job … Whatever you send my way, I will do,’” she says. “Now I tell people, you have got to be really careful about what you pray for, because God does answer your prayers.”

Since that prayer, Heidrick has built homes, helped fund a school, created summer camps and made mission trips. Today she runs a children’s home that cares for 18 children. And it’s all happening in a country that she once couldn’t have found on a map.

How could any of that be possible? For Heidrick, the answer is simple. God was the driving force.

With that in mind, it may be hard to imagine that not too long ago, Heidrick felt so distant from God that she could hardly get through Mass.

“When I went to church, I cried a lot. I would see all these young families with their children, and I knew they had all these hopes and dreams,” Heidrick says. Meanwhile her own world felt helpless as she faced a personally difficult time.

“I’m not going to say I was mad at God,” she says. “I was just in a very different place in my faith.”

It all started with a dress

As she struggled through Mass on Sundays, weekdays were for work. Heidrick was teaching a sewing class at Holly Springs High School when she received an email from an organization looking for dresses for young girls in Haiti.

Heidrick saw this as a perfect opportunity to infuse some much needed good into her world. She included the project as part of the class curriculum, and it quickly became her favorite project of the year. Over the years her class provided hundreds of dresses for Haiti.

It was a moment that earned Paula a “Person of the Week” accolade from WRAL in 2005.

Through that director’s story, Heidrick saw how passionate a person could be about a mission. It awoke a part of her that had been dormant. She turned desperately to God in pursuit of that same kind of passion.

A business and a mission – the first trip

In May of 2011, Heidrick started calling churches that were taking mission trips to Haiti. Time after time, she was denied because the teams had been in place for months.

Undeterred, Heidrick continued to call until one gentleman told her she was the seventh person to call specifically about Haiti. He decided that he could make a team of those seven people.

She also didn’t realize the pushback she would get from her loved ones who were concerned for her safety. As she collected funds for the trip, family and friends asked her to reconsider. One friend even offered to give her double the amount she needed to not go.

But Heidrick was sure that God put this in her heart, and in July 2011 she joined the “misfit seven” for Haiti.

The team worked alongside local Haitians and did building and painting projects at the Ryan Epps Home for Children.

Heidrick found herself working alongside Rolin Auguste. He was a 21-year-old native of the village where the children’s home was located. He enjoyed helping at the orphanage because it gave him a chance to practice English and an opportunity to build.

Heidrick says her connection to Auguste was immediate. While applying coats of paint they shared stories and Auguste shared his dream to go to trade school and become a builder.

Heidrick asked the orphanage director about Auguste and learned quickly that Auguste was financially unable to pursue his dream.

Heidrick began to wonder if this young man was the reason she was there. She made an offer.

She’d send him to trade school, and when he graduated, they would become partners in a building business.

Auguste graduated from trade school three years later, and within a year, they built their first home.

“Meeting Paula has been the answer to my prayers,” says Auguste. “We’ve built seven homes together … The construction business has not only been giving homes to the families in need, but also has been providing me with a job and provides an opportunity for my crew to work and make money.”

When one door closes…

Since that first trip, Heidrick has been to Haiti at least three times a year, every year. At first, she continued to tag along with mission groups from other churches.

Then one day she received a phone call that felt like a punch in the gut. She could no longer go on an upcoming trip because a member of that church wanted to go. Church members got priority. She was out.

“It really opened my eyes that there must be other people who wanted to go to Haiti like me who aren’t connected to a church, or whose church doesn’t do things like that,” Heidrick says. “So, I thought, I’ll take the training and I’ll do it myself.”

Her new mission became to take anyone and everyone who wanted to go, regardless of their faith or lack of faith. All they needed was a desire to help.

The next summer she took a team of 25 people to run a summer camp. These mission trips not only provided an incredible opportunity for some of the world’s poorest children, but they produced countless ripples of good works from those who went.

Team members from her trips fell in love with Haiti and began their own missions, from soccer leagues and sewing schools to paying for teachers and funding homes.

She wondered if this was the answer to her prayer. Maybe she was supposed to lead mission trips and inspire others to do the same.

One mission trip, however, was interrupted by pneumonia. She was cleared to go by her doctor, but she knew deep down that she was too worn out to do everything that was ahead of her. She thought of a bright high school student who was hoping to come on the trip, but still hadn’t secured enough funding.

Heidrick says, “I told her, ‘If I subsidize your trip, would you be willing to take over the leadership?’” The student accepted gratefully and led the trip.

Heidrick took this as a sign that leading mission trips, though important, was not the ultimate reason God called her to Haiti.

The prayer answered; a passion found

By 2015, just four years after her initial trip, Heidrick was a regular visitor to Haiti, and a business partner who had created employment and housing for many Haitian neighbors. She was a teacher and mission trip leader, too.

But it was a phone call from a Haitian friend that turned out to be the answer to her prayer.

Heidrick had met Boaz Durame on her very first mission trip to Haiti. On her second trip, she attended Durame’s wedding. He became a close friend.

Durame grew up in the very poor village of Cotin. It is a place without electricity and running water. There was no school, no work, or as Heidrick puts it, “It had nothing. Nothing.”

Durame asked Heidrick if she would consider partnering with him to open an orphanage for children who were in dire need of shelter and care.

Her initial instinct was to say “no;” but, Durame did not give up.

Durame says that Heidrick not only changed his life, but the lives of countless others in Haiti.

“My life was very hard. I had no way to make money and provide for my family. Now, working with Miss Paula, everything is changing for me and for a lot of other Haitians. She is changing our lives,” he says.

Today, Tomorrow and Beyond

Today the Children’s Home of Dugue, where Heidrick and Durame moved the children’s home they founded, is home to 18 children. They live as a family, attend school and have hopes for their future.

Somewhere in the midst of answering God’s call, Heidrick found herself at home in a Catholic church again. A member of Our Lady of the Rosary in Louisburg, Heidrick says that she doesn’t doubt God’s plans for her life anymore as she knows that OLR was exactly where she was meant to be.

In 2015, the parish founded the OLR Haiti Project. The mission? To demonstrate the love of Jesus Christ by improving the quality of life for Haitian people.

They do this by building upon the foundation Heidrick has laid, but most importantly, this small parish, through a tuition assistance program, is funding tuition for students at the Children's Village of Dugue.

Heidrick’s impacts are like pebbles tossed in a river. The impression is clear, but what is truly inspiring is that with each one, she created ripples that will flow beyond her reach and beyond her life.

She insists she’s simply keeping her end of the bargain. 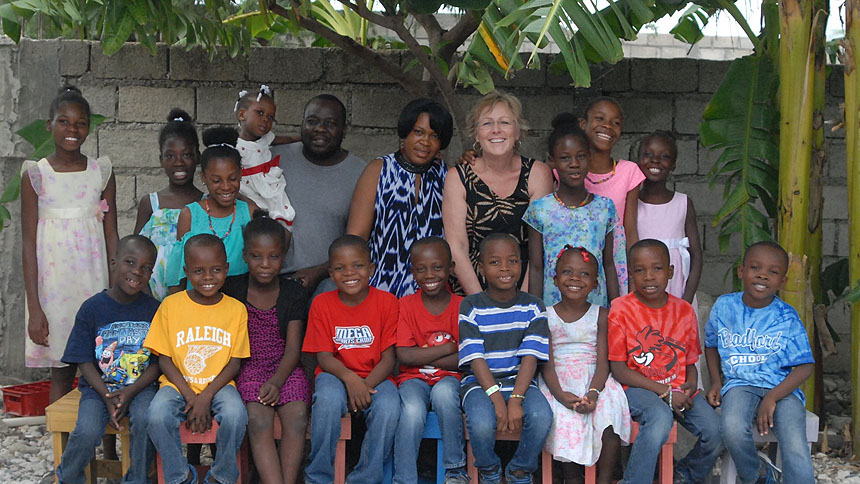 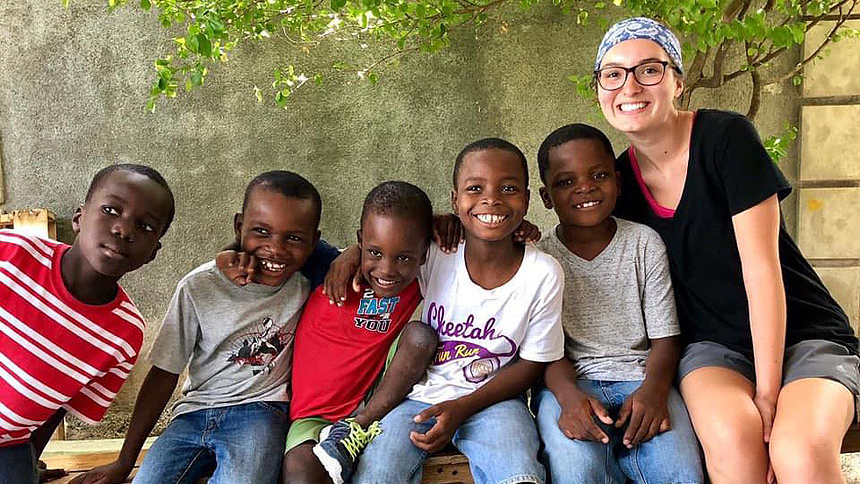 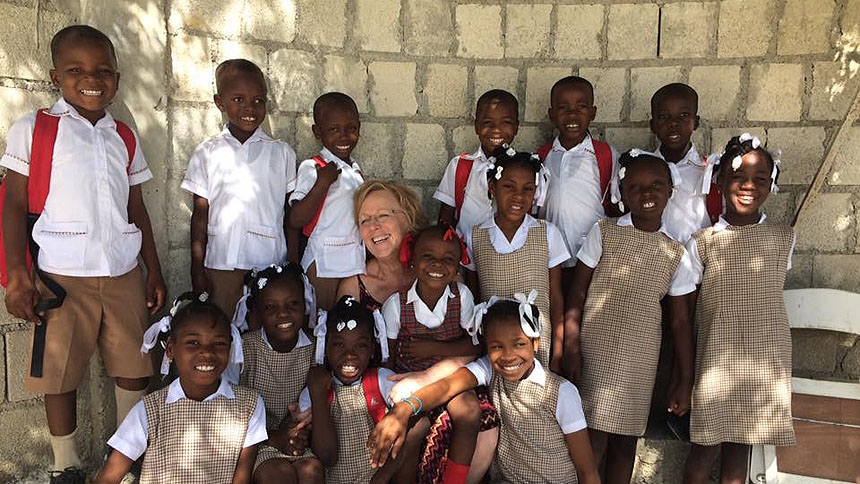 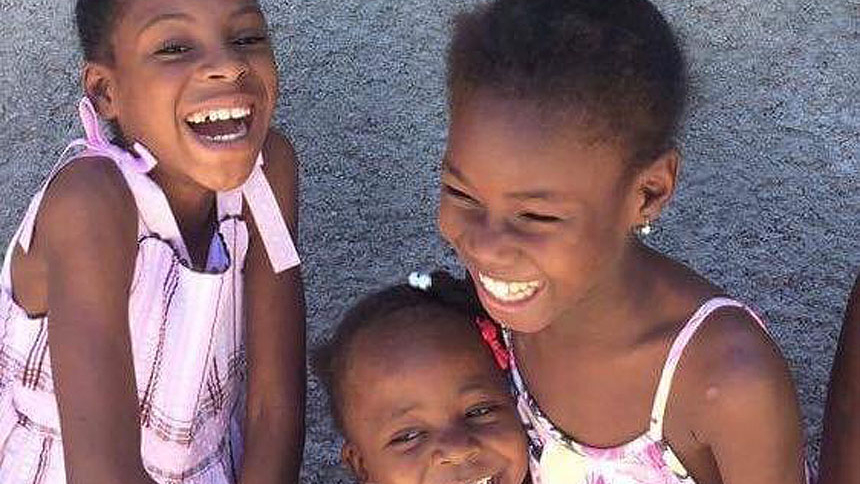 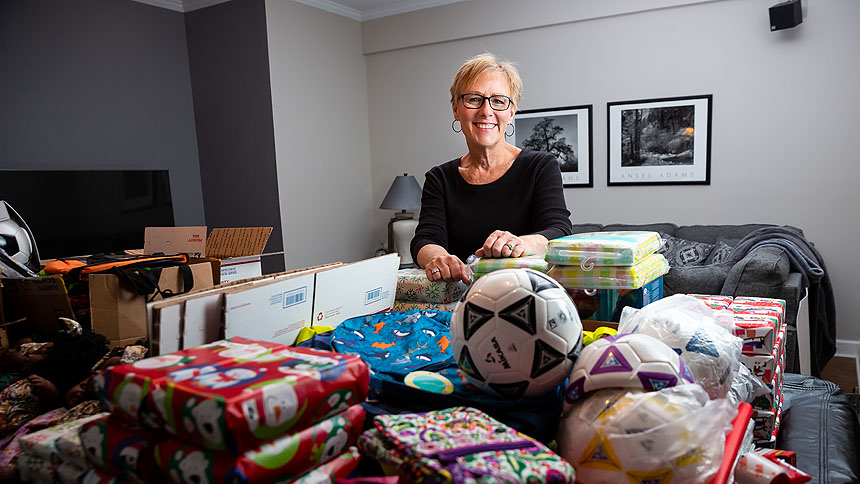