‘Redemption is Possible’: Why I’m working to abolish the death penalty in NC 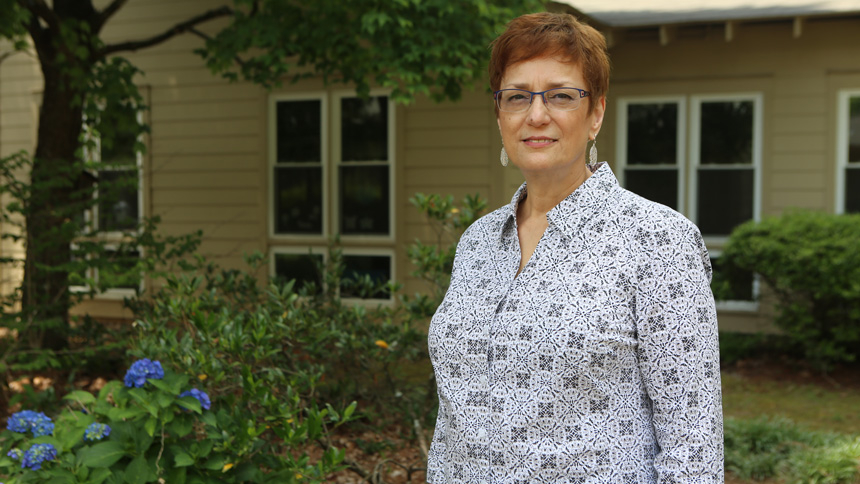 I began writing to a young man on Central Prison’s Death Row in August 2019. We were paired up through St. Francis of Assisi’s Pen Pal Ministry, a parish ministry that’s been writing to dozens of men for at least 15 years. No sooner had I finished reading the first letter from my pen pal, than I decided to find where I could put my energy into keeping him alive.

I dove into websites dedicated to abolition in North Carolina; it was really that easy! I educated myself and found other like-minded people. I believe that our pairing as pen pals has all been for God's greater purpose for three reasons.

For one thing, I no longer call him my pen pal, as we have become real friends. As much as possible, we are there for each other, similar to any other friendship. I promised that I would never leave him. You see, for most of those incarcerated on Death Row, a promise made usually means a promise broken. Over the past almost three years, I’ve discovered that I was making a commitment unlike any other. And in many ways it came easily, because the Holy Spirit was guiding our journey together.

I’ve found our relationship is a two-way blessing. He assures me of how much he values my letters that share day-to-day activities, while we both write stories from our lives, and about books we have read and enjoyed. When my cancer returned for a second time, as soon as he read about it in my letter, he called me to offer comfort and support and even love. We will occasionally discuss politics and always refer to our Creator, especially in wishing blessings upon one another.

We write about our favorite basketball teams, local and national news, and TV shows. He calls me and we enjoy 15 minutes of chatting and laughing, listening and consoling. And I have come to learn about the very young person who was condemned to die and the man he is today who shows compassion and remorse, thoughtfulness and friendship. He is so much more than the worst thing that he has done. We are first and foremost children of God – broken and wounded by life. We are all worthy of God's redemption.

God’s purpose became clear to me recently. We have to jump forward from that first 2019 letter to January 2022, when I never dreamt that an innocuous email chain would start a Catholic grassroots movement. But it did!

Earlier this year, by expressing my abhorrence to the death penalty in an email – which happened to include Deacon Joshua Klickman from the Raleigh Diocesan Office of Human Life & Dignity – a Catholic effort to work for death penalty abolition in North Carolina began its formation.

Soon thereafter, Deacon Josh and I were meeting via Zoom each week, discussing our mutual viewpoints and strategizing on how to follow Catholic Church teachings that the death penalty is “inadmissible” – and how we see abolition as a winnable fight in North Carolina.

I brought my heart and vision, and Deacon Josh brought his expertise and the capacity to undertake, through his office, what I might never have accomplished without his vision and heart as well.

Catholics for Abolition in North Carolina, which goes by the acronym CANC, is a group of dedicated members committed to abolishing the death penalty in our state through education and formation by deepening understanding of the sanctity of human life, advocating for new legislation intended for acceptable alternatives to the death penalty and envisioning a culture of life for all through participation in the sacramental life of the Church. Our members want justice to be served but not through an arbitrary system of state-sanctioned execution. There IS a better way, and more than 70% of the world has caught on to it. When will the United States do the same?

The death penalty is an uncomfortable subject to broach with people, including Catholics. I’ve found some who still believe in the Old Testament teaching of an eye for an eye, overlooking that our Lord said in Matthew 5, “You have heard that it was said, ‘An eye for an eye and a tooth for a tooth.’ But I say to you, do not resist an evildoer. But if anyone strikes you on the right cheek, turn the other also ...”

I’ve spoken with some Catholics who are unaware that North Carolina even has a death row and what it’s like for those awaiting an execution date. And there are some Catholics who have not heard of the 2018 change to the Catechism (2267)

“ ... the Church teaches, in the light of the Gospel, that ‘the death penalty is inadmissible because it is an attack on the inviolability and dignity of the person,’ and she works with determination for its abolition worldwide.”

I’m finding that Catholics will never abolish the death penalty when we aren’t willing to look at it honestly and talk about it openly.

As I was finishing this article, I received a call from my friend at Central Prison. He asked what I was doing, and I told him. He’s always a bit quiet for a moment when I mention abolition work, but when it was time to say our goodbyes, he spoke quietly into the phone. He said, “Thank you for all you’re doing for us.” Without a moment’s hesitation, I replied, “You’re my inspiration, you know.”

Presently, CANC is represented by four parishes in the diocese – St. Francis of Assisi (Raleigh), St. Patrick (Fayetteville), St. Andrew (Apex) and St. Matthew (Durham). If you would like your parish to become involved or want more information about how you individually can become an active member in this grassroots diocesan movement, CANC will gladly welcome you. Please contact Nancy J. Jones at catholicsforabolitionNC@gmail.com or Deacon Joshua Klickman at Joshua.klickman@raldioc.org. 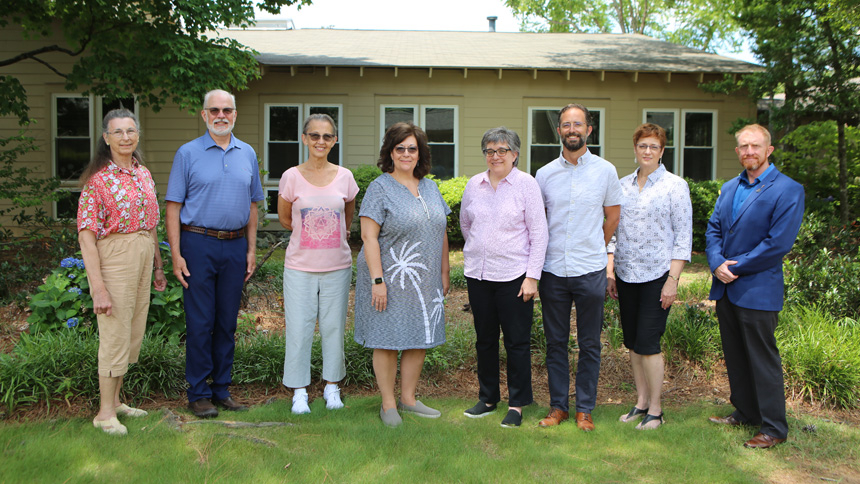