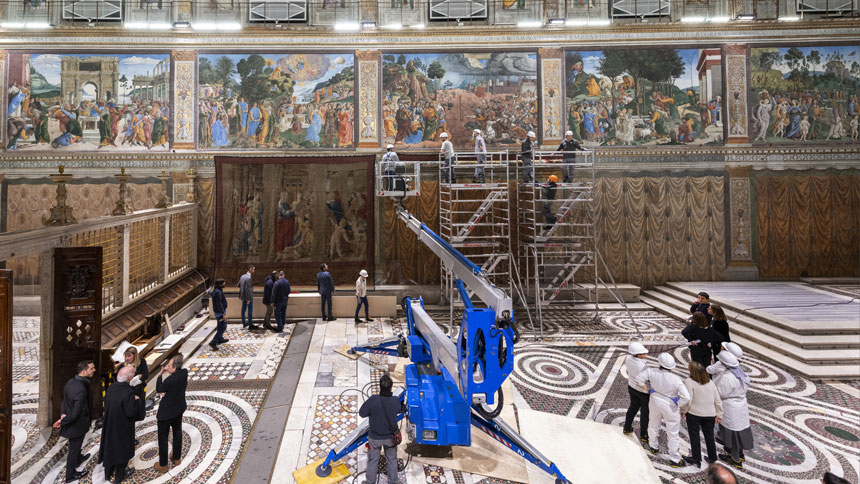 VATICAN CITY (CNS) -- An artistic masterpiece conceived by the Renaissance master Raphael was on display for one week in the Sistine Chapel to help celebrate the 500th anniversary of the artist's death.

"It's an important moment" and a way to celebrate a truly great artist, Barbara Jatta, director of the Vatican Museums, told Vatican News Feb. 17. Raphael died in Rome on Good Friday, April 6, 1520, at the age of 37.

The 10 enormous tapestries designed by Raphael for the lower walls of the chapel were on display Feb. 17-23 in the Sistine Chapel, "putting them in the place they were commissioned for in 1515 and where (some) were hung in 1519," Jatta said. The tapestries are normally displayed behind glass on a rotating basis elsewhere in the museums.

The colorful and detailed tapestries depict the lives of Sts. Peter and Paul and events from the Acts of the Apostles. They were designed to specifically correspond to the frescoed images higher on the walls depicting scenes from the lives of Moses and Jesus, and Michelangelo's images from the story of Genesis.

After Michelangelo had completed the Sistine Chapel ceiling in 1512, Pope Leo X wanted to leave his mark on the chapel, but every surface had already been painted by Michelangelo, Pietro Perugino, Sandro Botticelli and Domenico Ghirlandaio.

Pope Leo chose the young and rising star, Raphael, to create 10 designs for a special set of tapestries for the chapel's lower walls, whose panels had already been adorned with "trompe l'oeil" drapery. Tapestries were a popular art form at the time and the church liked to use them for special liturgical ceremonies.

The painted designs, called "cartoons," were sent to famed tapestry artisans at Pieter Van Aelst's workshop in Brussels. Seven of the 10 original cartoons still survive and belong to the British Royal Collection.

The tapestries cost 1,600 gold ducats a piece -- an enormous amount of money because of the intense labor involved and the expensive materials used, including real gold and silver thread. The total cost for the 10 designs and tapestries was five times the amount Michelangelo was paid for decorating the Sistine Chapel ceiling.

Seven of the tapestries were completed and sent to Rome in 1519 and the last three arrived in 1521, right before Pope Leo died in December and one year after Raphael passed away.

Miraculously, they have survived the centuries despite numerous unfortunate events. First, they were stolen during the Sack of Rome in 1527 but, by 1536, seven of the 10 tapestries made their way back home. Pirates got hold of the others and some ended up in Tunisia and Turkey.

The missing tapestries eventually were recovered in Venice in 1554, but others were snatched again from their home in 1798 during the Napoleonic Wars. It took the diplomatic finesse of Pope Pius VII's secretary of state to wrangle for their return in 1808. 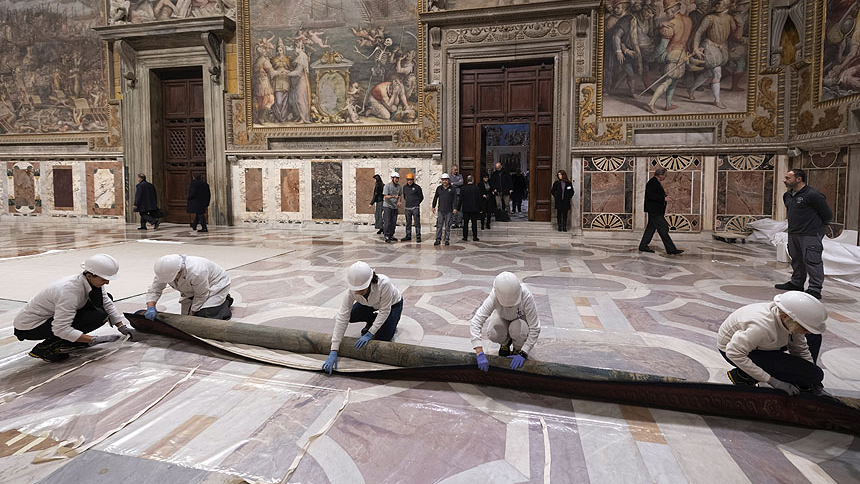 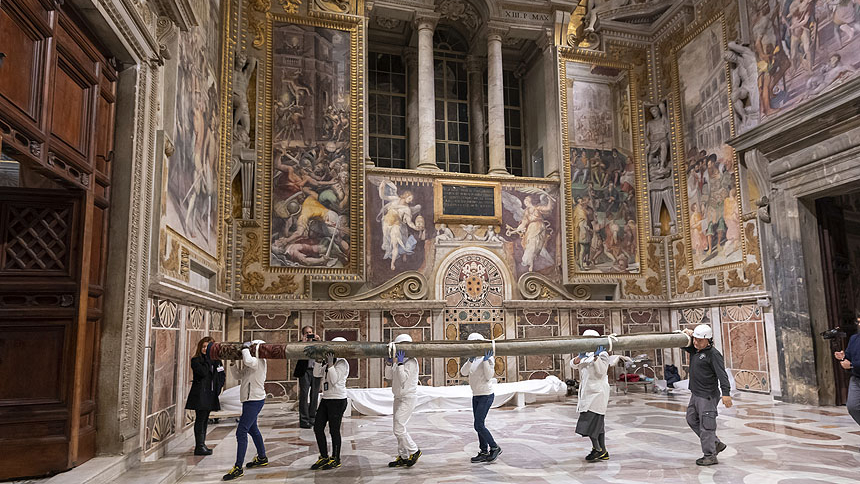 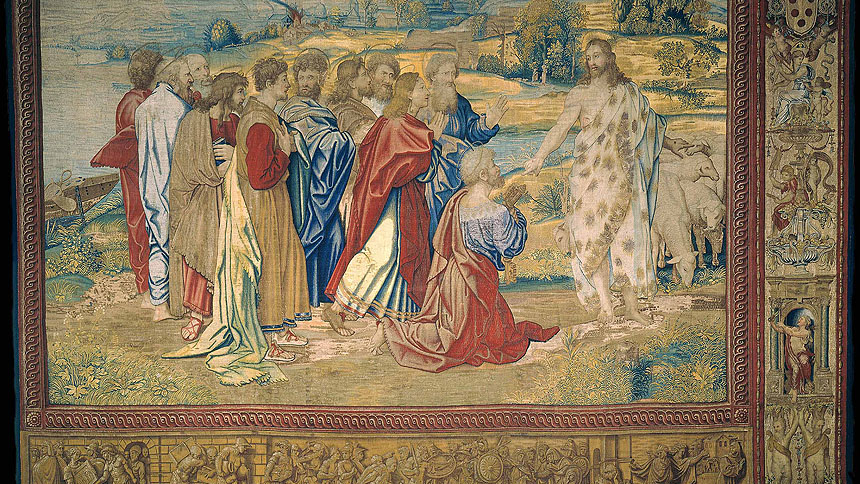 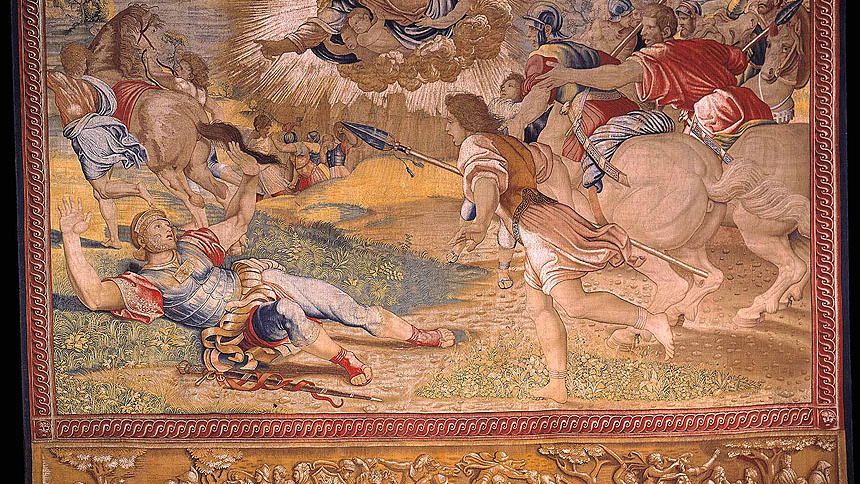