Racism: A 'real and present danger' 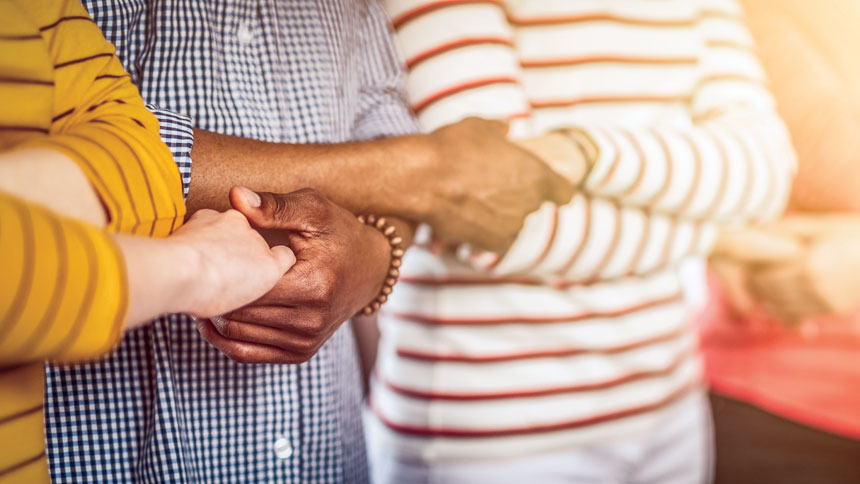 Events, particularly of the last 12 months, have reignited national protests and brought attention to racism in the United States. The May 25, 2020 death of George Floyd under the knee of a police officer sparked response in cities throughout the country. The former police officer’s trial began last month.

George Floyd’s death followed several years of similar incidents – the deaths of other African American people at the hands of police – in Missouri, Ohio, New York, Florida, Minnesota and elsewhere.

The deaths in Atlanta come at a time when hate incidents against Asian Americans and Pacific Islanders are up. The group AAPI Hate, an advocacy group, said it had had received about 3,800 reports of hate incidents across the country since last March, up from its usual total of 100 incidents a year.

Last year seven chairmen of committees within the U.S. Conference of Catholic Bishops issued a statement in response to the death of George Floyd and the protests that followed.

“We are broken-hearted, sickened and outraged to watch another video of an African American man being killed before our very eyes. What’s more astounding is that this is happening within mere weeks of several other such occurrences. This is the latest wake-up call that needs to be answered by each of us in a spirit of determined conversion.

“Racism is not a thing of the past or simply a throwaway political issue to be bandied about when convenient. It is a real and present danger that must be met head on. As members of the Church, we must stand for the more difficult right and just actions instead of the easy wrongs of indifference. We cannot turn a blind eye to these atrocities and yet still try to profess to respect every human life. We serve a God of love, mercy and justice.

“While it is expected that we will plead for peaceful, nonviolent protests, and we certainly do, we also stand in passionate support of communities that are understandably outraged. Too many communities around this country feel their voices are not being heard, their complaints about racist treatment are unheeded and we are not doing enough to point out that this deadly treatment is antithetical to the Gospel of Life.

“As we said 18 months ago in our most recent pastoral letter against racism, Open Wide Our Hearts, for people of color, some interactions with police can be fraught with fear and even danger. People of good conscience must never turn a blind eye when citizens are being deprived of their human dignity and even their lives. Indifference is not an option. As bishops, we unequivocally state that racism is a life issue.

“We join Archbishop Bernard A. Hebda of St. Paul and Minneapolis in praying for the repose of the soul of Mr. George Floyd and all others who have lost their lives in a similar manner. We plead for an end to the violence in the wake of this tragedy and for the victims of the rioting. We pray for comfort for grieving families and friends. We pray for peace across the United States, particularly in Minnesota, while the legal process moves forward. We also anticipate a full investigation that results in rightful accountability and actual justice.

We join our brother bishops to challenge everyone to come together, particularly with those who are from different cultural backgrounds. In this encounter, let us all seek greater understanding amongst God’s people. So many people who historically have been disenfranchised continue to experience sadness and pain, yet they endeavor to persevere and remain people of great faith. We encourage our pastors to encounter and more authentically accompany them, listen to their stories, and learn from them, finding substantive ways to enact systemic change. Such encounters will start to bring about the needed transformation of our understanding of true life, charity and justice in the United States. Hopefully, then there will be many voices speaking out and seeking healing against the evil of racism in our land.”

The U.S. Bishops called upon “all Catholics to pray and work toward a new outpouring of the Holy Spirit. Let us pray for a supernatural desire to rid ourselves of the harm that bias and prejudice cause. We call upon Catholics to pray to the Holy Spirit for the Spirit of Truth to touch the hearts of all in the United States and to come down upon our criminal justice and law enforcement systems. Finally, let each and every Catholic, regardless of their ethnicity, beg God to heal our deeply broken view of each other, as well as our deeply broken society.”

“We must support all victims of violence and stand in solidarity with those who are vulnerable in our communities,” said Atlanta Archbishop Gregory J. Hartmayer in a March 17 statement.

He also pointed out many people “endure discrimination, aggression and violence every day of their lives,” and said Christians must work to protect the whole community, speaking up against aggression and actively pursuing an end to “racism and discrimination of every kind.”

Bishop Oscar A. Solis of Salt Lake City, chairman of the U.S. Conference of Catholic Bishops’ Subcommittee on Asian and Pacific Island Affairs, echoed the Atlanta archbishop’s call to stand in solidarity with the vulnerable.

In a March 22 statement, he said the Atlanta shootings have “prompted national dialogue on addressing anti-Asian bias that has taken the form of numerous other acts of physical violence, verbal attacks and destruction of property against those of Asian descent over the last year that have left communities across the country traumatized.”

The bishop said he was deeply saddened the mass shooting has “tragically taken the lives of eight people and has renewed concerns about a rise of hostility against individuals of Asian descent.”

“As bishops, we decry any kind of hatred and violence, particularly based on race, ethnicity or sex,” he said. “We pray for the families and friends of those who were lost, and for their communities, who may feel unsafe and vulnerable at this time.”

Chicago Cardinal Blase J. Cupich specifically addressed “brothers and sisters in the Asian American community” in a March 18 statement, telling them they should know the archdiocese and the entire church stands with them “in this moment of grief and horror.”

He noted there has been a 150% increase in anti-Asian hate crimes in the past year, and that while hate crimes in general dropped 7%, this situation is intolerable.

“We pray for all who suffer racist violence and hate speech,” Cardinal Cupich said. “There can be no place for either in our society, and it is incumbent on all of us to resist language, culture and acts that denigrate Asian Americans and all people of color — because they have deadly consequences.

“We must be ever vigilant against words that inspire acts of hate — this responsibility is even greater for elected officials.”

For prayer resources and statements by organizations for justice for all, explore these Timely Resources for Ministry with Catholics of African Descent from the USCCB.

In November 2018, the Catholic bishops of the United States released a Pastoral Letter Against Racism called, Open Wide Our Hearts. The letter is a powerful invitation for all the people of God to “face courageously the vice of racism.”

Here are a few relevant themes at the heart of our Catholic social tradition:

U.S. Bishops receive call of encouragement and assurances of prayer from Pope Francis

On June 3, Archbishop José H. Gomez of Los Angeles, president of the U.S. Conference of Catholic Bishops, received a call from Pope Francis, where the Holy Father expressed his prayers and closeness to the Church and the people of the United States in this moment of unrest.

Archbishop Gomez shared this news with the U.S. Bishops in the hope that they could take comfort and gain strength in the Holy Father’s encouragement. Pope Francis expressed his gratitude to the bishops for their pastoral tone in the Church’s response to the demonstrations across the country in their statements and actions since the death of George Floyd and assured the bishops of his continued prayers and closeness in the days and weeks ahead. He expressed special prayers for Archbishop Bernard A. Hebda and the local Church of St. Paul and Minneapolis.

Archbishop Gomez, on behalf of the bishops’ conference, conveyed gratitude to the Holy Father for his strong words of support and, in turn, assured the Holy Father of their prayers.

From Angelus News - Historical racism in the US: When will we ‘get it’?