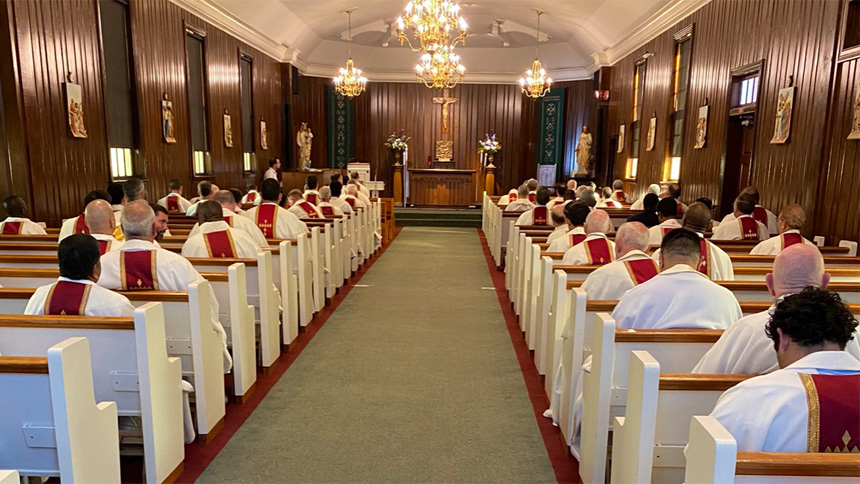 During the week of September 19, the priests of the diocese gathered for their annual retreat. The retreat provides a rare opportunity for communal relaxation and spiritual reflection.

“If you were at the retreat, you would have seen the rich diversity of the diocese in terms of ethnicity, age, religious, and diocesan coming together as one,” said Father John McGee, OSFS, the 2022 retreat coordinator. “It was marked by a sincere fraternity; all of us together celebrating the liturgy, sharing our spirituality, and simply having fun and casual conversation with each other. It was a beautiful experience of priests united in our faith with our bishop.” 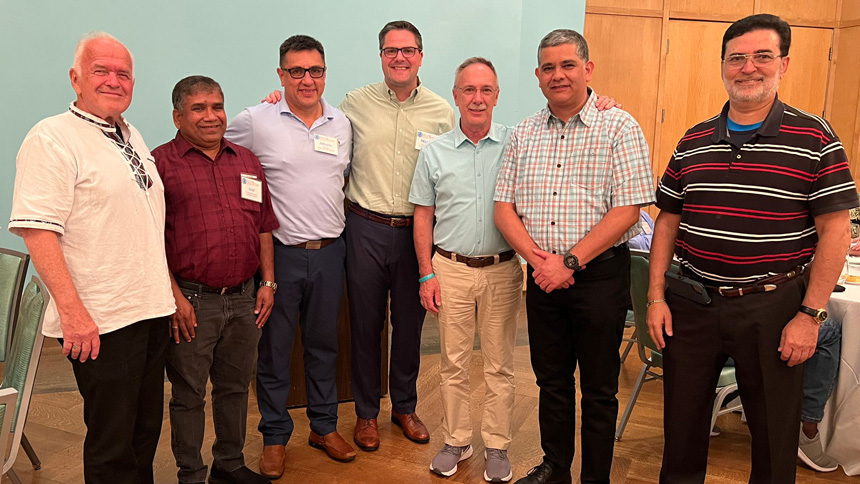 Father Michael Becker, a priest of the diocese of Altoona-Johnstown in Pennsylvania, was the retreat director and led a series of spiritual reflections during the gathering. Father Becker received his seminary formation at the Pontiﬁcal College Josephinum in Columbus, OH, and also received a masters degree in Applied Spirituality from the University of San Francisco as well as a doctorate in Preaching from the Aquinas Institute in St. Louis.