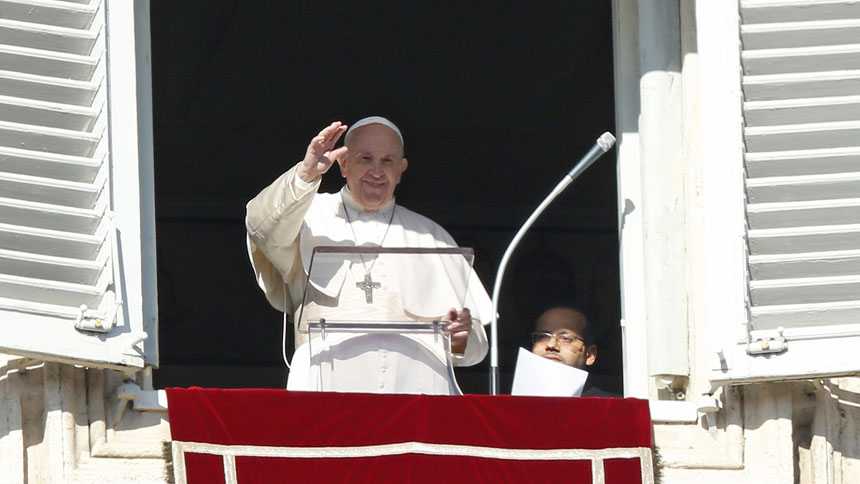 Above: Pope Francis greets the crowd as he leads the Angelus from the window of his studio overlooking St. Peter's Square at the Vatican Jan. 1, 2020. (CNS photo/Paul Haring)

VATICAN CITY (CNS) -- Pope Francis began the New Year with an apology for losing his patience the night before with a woman who grabbed his hand and yanked him closer to her while he was greeting people in St. Peter's Square.

To get away, the pope had slapped her hand and gave her a very serious scowl. A video of the incident went viral on Twitter.

Reciting the midday Angelus prayer Jan. 1, Pope Francis was talking about how God's offer of salvation in Jesus is "not magic, but patient, that is, it involves the patience of love, which takes on inequity and destroys its power."

Then, briefly departing from his prepared text, the pope said that "love makes us patient. We often lose our patience; me, too, and I apologize for my bad example last night."

Returning to his text, Pope Francis said that in gazing upon the Nativity scene with the eyes of faith, "we see the world renewed, freed from the dominion of evil and placed under the regal lordship of Christ, the baby lying in the manger."

The church marks Jan. 1 as both the feast of Mary, Mother of God, and World Peace Day, he said, urging Catholics to pray for peace and to recognize their responsibility to work for peace.

For the 2020 celebration of World Peace Day, he said, the focus was on peace as a "journey of hope, a journey which proceeds through dialogue, reconciliation and ecological conversion."

"Jesus is the blessing of those oppressed by the yoke of slavery, both moral and material," he said. "He frees with love."

To those who are enslaved by vice and addiction, the pope said, Jesus bears the message that "the Father loves you, he will not abandon you, with unshakable patience he awaits your return."

Jesus opens the doors of fraternity, welcome and love to those who are victims of injustice or exploitation; pours "the oil of consolation" on the sick and the discouraged; and opens windows of light for prisoners who feel they have no future, he said.

"Dear brothers and sisters," he told the people in the square, "let's get down from the pedestals of our pride and ask for the blessing of the holy Mother of God. She will show us Jesus. Let's let ourselves be blessed, let's open our hearts to goodness and that way the year that is beginning will be a journey of hope and peace, not through words, but through daily gestures of dialogue, reconciliation and care for creation."

Pope Francis used his midday address to thank and encourage all the initiatives Catholics, their parishes and dioceses around the world undertake to promote peace.

"My thoughts also go to the many volunteers who, in places where peace and justice are threatened, courageously choose to be present in a nonviolence and unarmed way, as well as to the military who carry out peacekeeping missions in many areas of conflict," the pope said.

Addressing everyone, "believers and non-believers because we are all brothers and sisters," Pope Francis urged people to "never stop hoping in a world of peace," which must be built together, day by day. 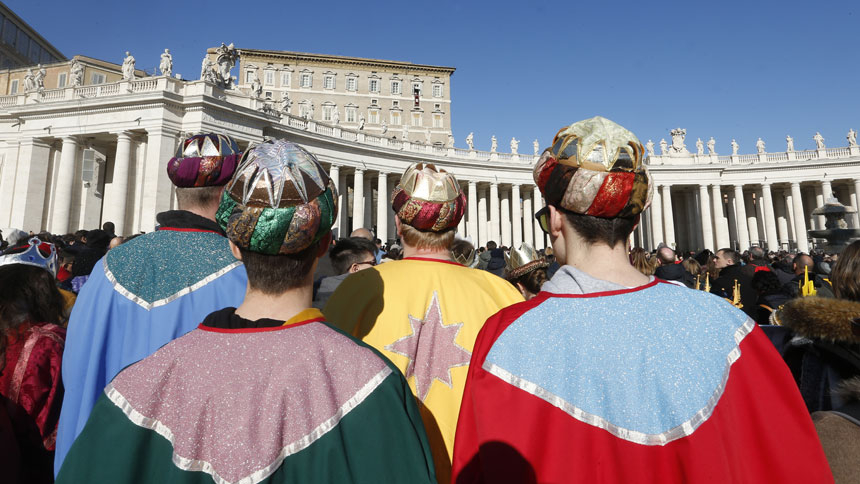 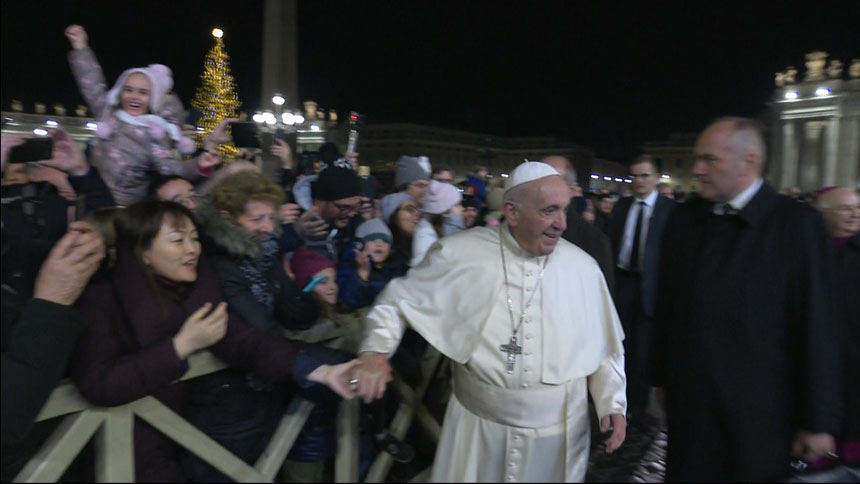