Pope amends canon law so women can be installed as lectors, acolytes 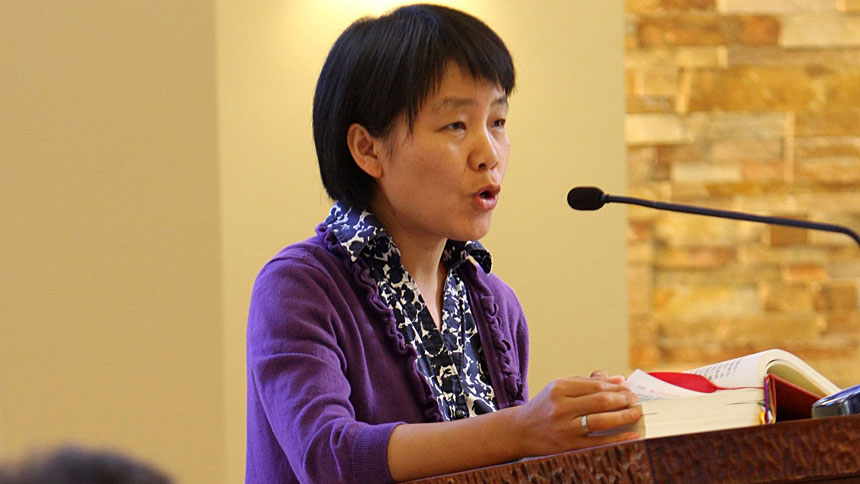 Above: A lector delivers a reading during Mass at a church in Ronkonkoma, N.Y., Aug. 20, 2014. Pope Francis ordered a change to the Code of Canon Law so that women may be formally instituted as lectors and acolytes. (CNS photo/Gregory A. Shemitz)

VATICAN CITY (CNS) — Recognizing “the gifts of each baptized person” — women and men — Pope Francis ordered a change to canon law and liturgical norms so that women could be formally installed as lectors and acolytes.

“A consolidated practice in the Latin church has confirmed, in fact, that such lay ministries, being based on the sacrament of baptism, can be entrusted to all the faithful who are suitable, whether male or female,” the pope wrote in his order changing canon law.

The document, issued “motu proprio” (on his own accord), was published by the Vatican Jan. 11. It changes the wording of Canon 230, paragraph 1.

The canon used to say, “Lay men who possess the age and qualifications established by decree of the conference of bishops can be admitted on a stable basis through the prescribed liturgical rite to the ministries of lector and acolyte.”

The updated canon will say, “Laity who possess the age and qualifications established by decree of the conference of bishops can be admitted on a stable basis through the prescribed liturgical rite to the ministries of lector and acolyte.”

“The decision to confer also on women these offices, which involve stability, public recognition and a mandate from the bishop, will make the participation of all in the work of evangelization more effective in the church,” the pope said in a letter to Cardinal Luis Ladaria, prefect of the Congregation for the Doctrine of the Faith.

In most dioceses around the world — and at the Vatican as well — women and girls have been lectors at Mass and have served at the altar for decades. That service was possible, not as a formally instituted ministry, but under the terms of Canon 230, paragraph 2, which allowed for women or men to carry out the functions “by temporary designation.”

In his letter to Cardinal Ladaria, published with the document changing canon law, the pope said that since the Second Vatican Council the church has made “a clearer distinction between the attributes of what today are called ‘nonordained (or lay) ministries’ and ‘ordained ministries,'” such as deacon, priest and bishop.

Those distinctions, he said, make it “possible to dissolve the reservation of the former to men alone.”

Pope Francis repeated St. John Paul II’s teaching that the Catholic Church “in no way has the faculty to confer priestly ordination on women” since Jesus chose only men as his disciples.

But with “nonordained ministries it is possible, and today it seems opportune, to overcome this reservation” of allowing only men to be formally and permanently instituted as lectors and acolytes.

The pope’s letter also said the Congregation for Divine Worship and the Discipline of the Sacraments would oversee the implementation of the change and would need to modify parts of the Roman Missal and the rite instituting lectors and acolytes.

The “General Instruction of the Roman Missal” says: “The acolyte is instituted for service at the altar and to assist the priest and deacon. It is his place principally to prepare the altar and the sacred vessels and, if necessary, to distribute the Eucharist to the faithful as an extraordinary minister.”

“The lector is instituted to proclaim the readings from sacred Scripture, with the exception of the Gospel. He may also announce the intentions for the universal prayer and, in the absence of a psalmist, recite the Psalm between the readings,” the instruction says.

The instruction also says that in the absence of persons formally instituted for those roles, any qualified lay person may be assigned those roles.

Pope Francis’ document and his letter to Cardinal Ladaria frame the question in the context of the gifts and talents given by the Holy Spirit “through the sacraments of baptism, confirmation and the Eucharist” to all members of the church so that they can contribute “to the building up of the church and to the proclamation of the Gospel to every creature.”

And, he said, quoting his 2020 apostolic exhortation, “Querida Amazonia,” a formal, public installation of women in those ministries “would also allow women to have a real and effective impact on the organization, the most important decisions and the direction of communities, while continuing to do so in a way that reflects their womanhood.”

“The priesthood of the baptized and service to the community represent the two pillars on which the institution of ministries is based,” the pope said.

The change, he said, recognizes the service already carried out by many women, but will also emphasize for men preparing for priesthood — who also are formally instituted as lectors and acolytes — that those ministries “are rooted in the sacrament of baptism and confirmation” that they all share and that the ordained priesthood and the priesthood of the baptized always should work together for the good of the entire church community.