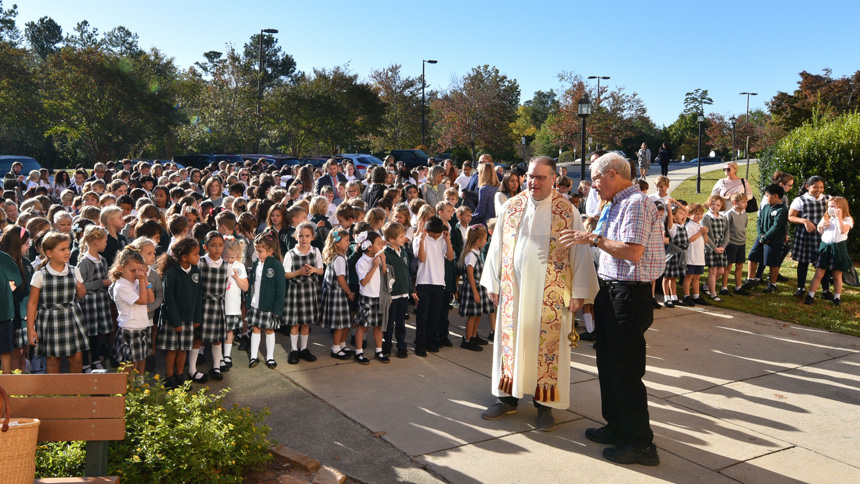 CHAPEL HILL - Father Scott McCue was sharing a homily about the rosary during a Friday all-school Mass. Through the high windows of St. Thomas More Church, those gathered could see a blue sky, trees and one uncommon sight – a photographer walking on the roof of the building next door. He was there to create images of the solar panels atop the middle school and church buildings.

It was an important occasion, documenting the solar panels, which were blessed Oct. 7 as school children, educators and parishioners looked on.

The first set, which included 100 solar panels, was purchased and installed in 2021 atop the gym building. According to Father Scott, the solar panels provide for all the electricity needed in the gym.

“We are harvesting the natural resources, like the sun,” he told students at Mass. “Through generosity, we’ve been able to do this … and sustain the gift of nature.”

The projects were overseen by the parish’s Environmental Stewardship Committee, and will become part of the Laudato Si Action Platform at St. Thomas More now that they are completed.

“We do smaller stuff like composting and recycling. But every once in a while, you get a big win,” said Bob Weickert, a member of both committees, as he smiled and gestured toward the panels.

St. Thomas More is one of four parishes in the diocese with buildings with solar panels. Immaculate Conception in Durham, St. Francis of Assisi in Raleigh and Blessed Sacrament in Burlington also installed similar technology.

Drone video of the solar panels 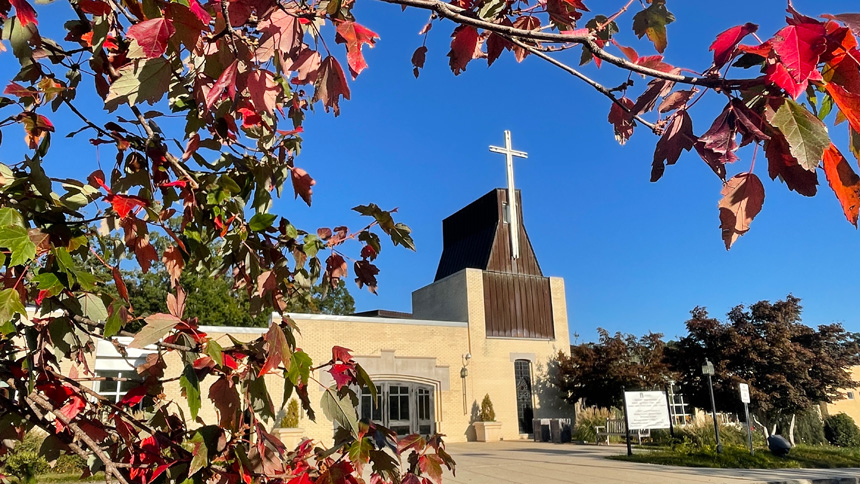 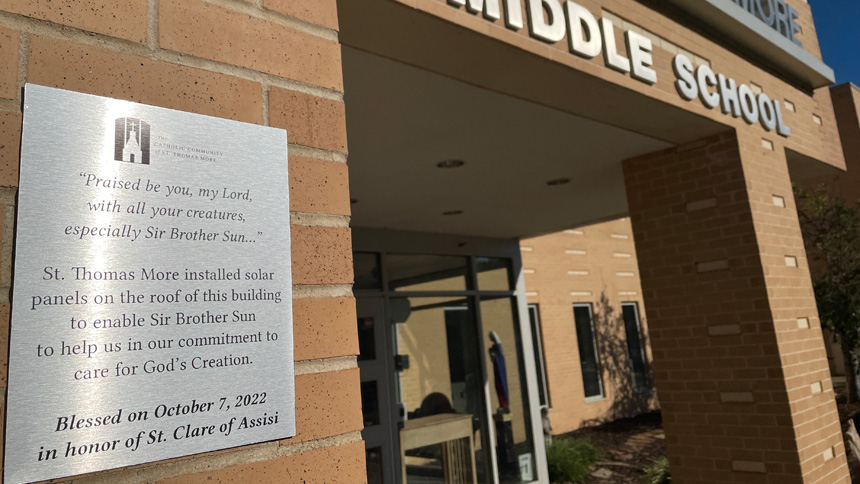 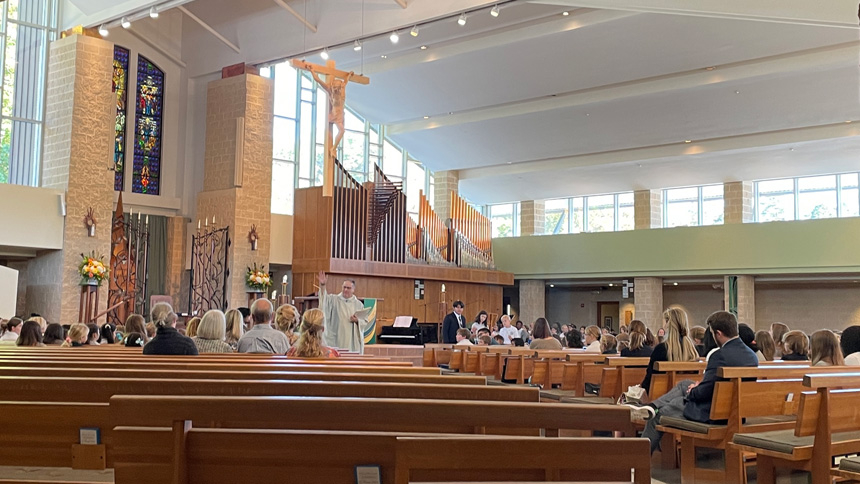 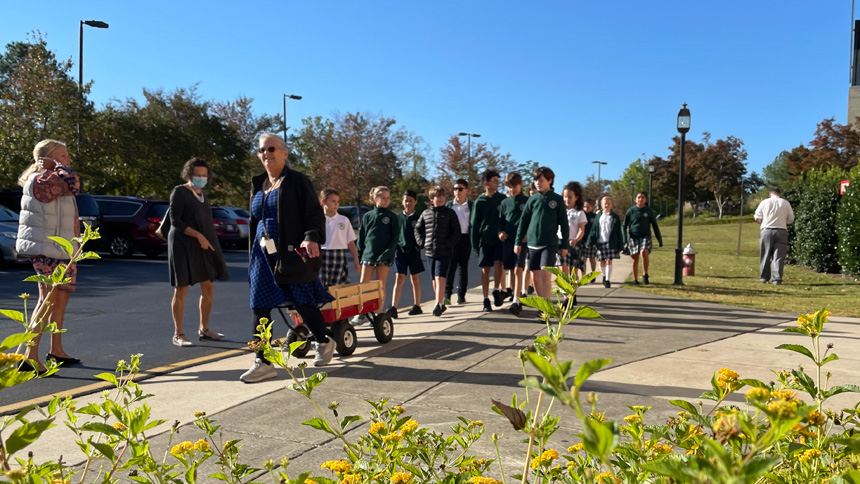 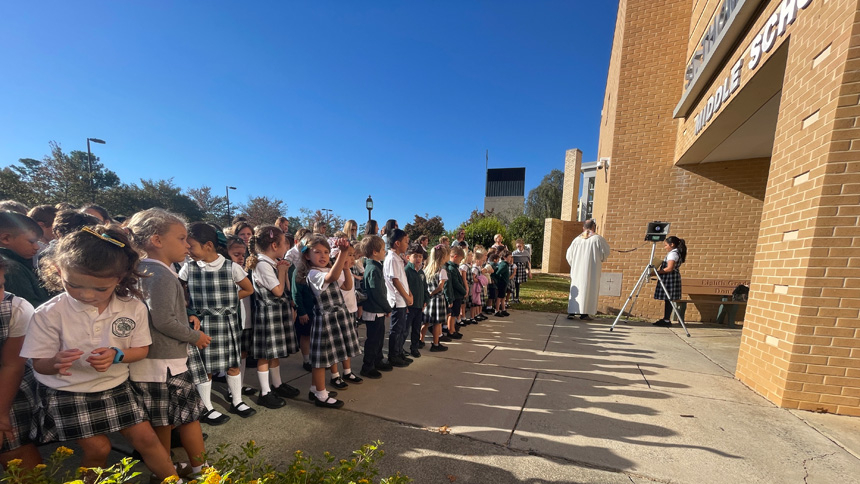 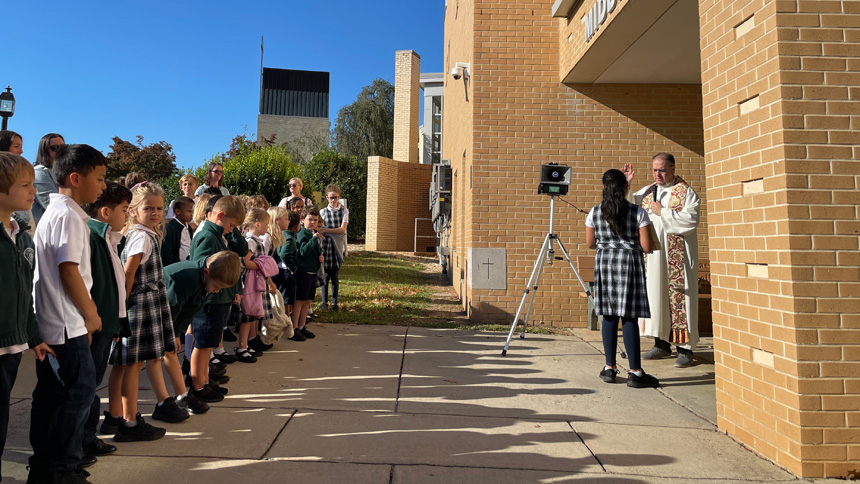 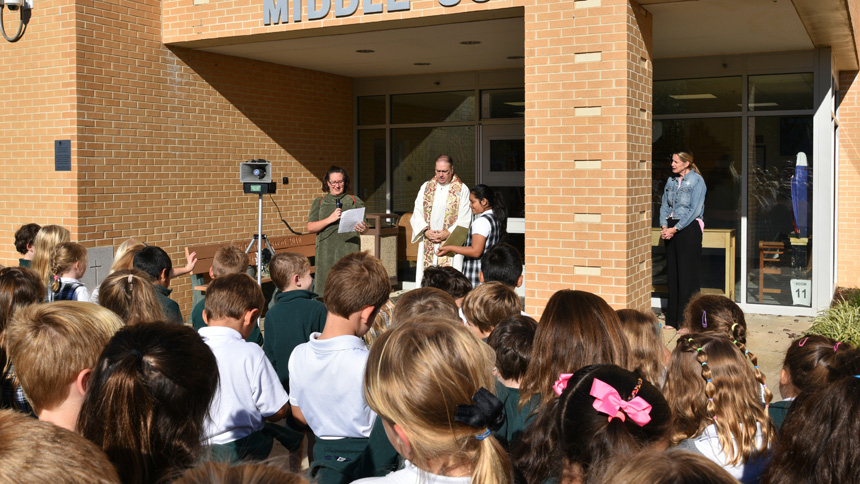 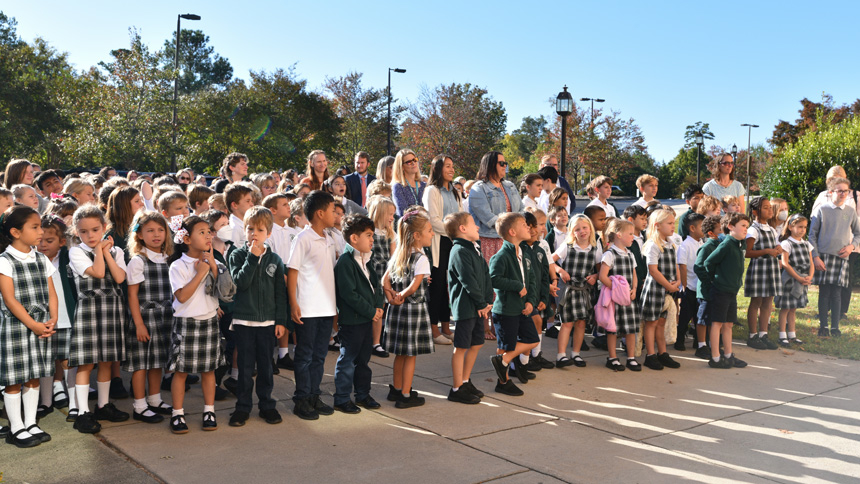 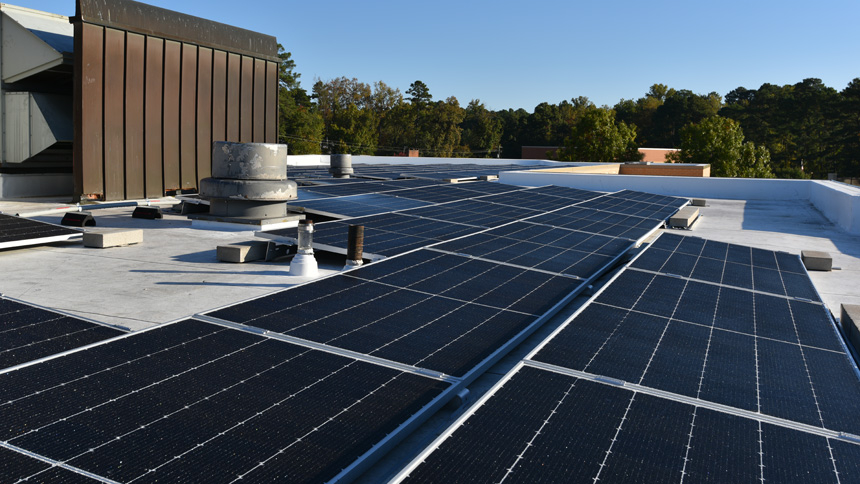 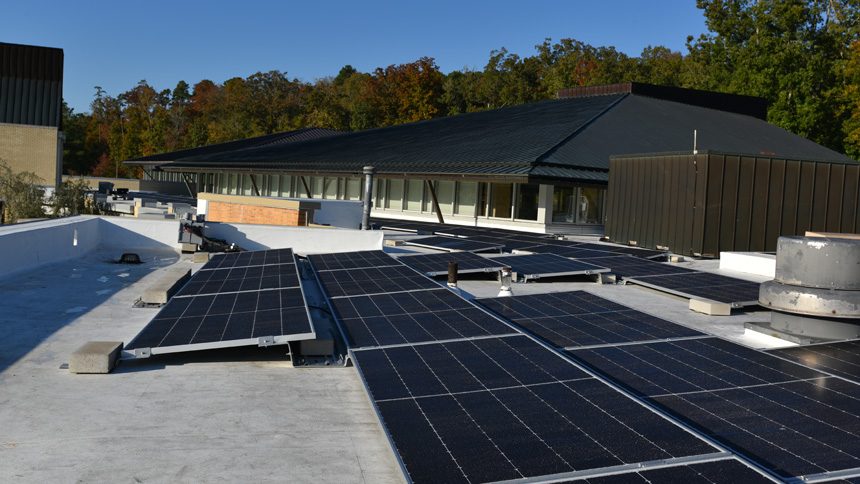