Ocracoke to be home of new, Catholic chapel 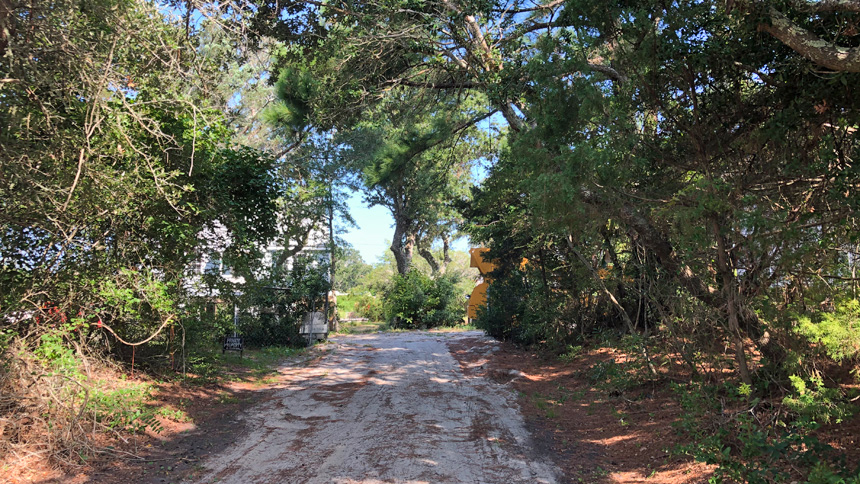 OCRACOKE - For nearly nine years, Father Fred Smuda, O.S.F.S., has made the 90-minute, coastal drive from his parish in Buxton to Ocracoke.

For a time, it was a weekly journey. These days his Outer Banks trip, which relies on a ferry, is about a twice-a-month occurrence.

When Father Fred arrives in Ocracoke, he heads straight to the Methodist Church on School Road. Over the years he’s utilized its hall, community center and the church itself to celebrate Mass.

While there’s a Catholic presence on Ocracoke, there’s no Catholic church anywhere on the island. But that’s changing.

The Diocese of Raleigh recently began building an 80-seat chapel in the heart of the village. The pilings are in; the framing crew was set to begin its work around July 18. And the location? Well, that is providential as far as Father Fred is concerned.

“For years … I always looked out the window of the Methodist hall and said ‘Boy that would be a nice place to build a Catholic church,’” he said.

It turned out that the home, land and picturesque live oaks he gazed upon belonged to the Garrish family. Today, after the December 2021 gift of a parcel of land and the sale of a parcel of land with an existing house, the property will become home to a Catholic chapel and a parish house.

And it’s all happening next door to the Ocracoke Methodist Church, which, Father Fred said, was generous and kind to share its space for Catholic Mass for years.

Martha Garrish, a local realtor, is delighted that her husband Wilson’s family home and adjoining land will serve a new purpose.

A native of Buffalo, New York, Garrish has been on Ocracoke for about 40 years. She remembers being married on the island in 1984 and needing a special dispensation to have a Catholic wedding outside of a Catholic church.

“This will be really nice … people will be able to get married here,” she said, adding that the chapel will also be important for locals’ faith life and for visitors to the area who want to attend Mass on Sundays during their beach vacation.

For the managers of the project, blending Church traditions with the ethos of Ocracoke is important. The island is known for its miles of pristine waterfront. The beaches along Ocracoke are part of the Cape Hatteras National Seashore, and, thereby, the National Park Service. For many who have been a part of the community for decades, the Ocracoke of 2022 is very similar to the Ocracoke of the 1960s, and earlier.

It's a place where patience is required and “island time” is a real consideration, especially when it comes to building materials making their way to the area and construction professionals having availability to get there and work there for extended periods of time.

Both the architect and builder are from North Carolina. The principal architect for the project is Russ Woods of Kinston; Waters Contracting, which is located in Newport, is building the chapel.

One goal of the project, which is estimated at about eight months for completion, is to create an outdoor space that’s natural, offers benches for sitting and features plants and trees, such as laurel and wax myrtle, common to the area.

At about 1,200 square feet, the chapel, or church itself, will have a soft gray exterior and stained glass above the altar, according to project managers. They added that it will feature heart pine floors, wooden rafters and cedar shingles. Four double windows, stained in mahogany for the interior, are planned for each side of the church.

One unique characteristic is that the chapel will not likely have a church bell, as calm and quiet are treasured on the island. Another spot where things may seem different to those not from Ocracoke – the parking lot. Planners are budgeting for the fewest spaces possible because bicycles and golf carts are more common than cars on Ocracoke.

The parish house, which was formerly the home of Wilson Garrish’s father, has been renovated to help the chapel in its functions, as well as to be a home for visiting priests celebrating Mass. The chapel will rely on Father Fred, as well as other clergy members, to celebrate Mass as it will be a mission of Our Lady of the Seas in Buxton rather than a parish.

“What I am looking forward to is that this will serve the Hispanic community … I’m looking forward to growth … and what I am really going to enjoy is the presence of the Blessed Sacrament,” said Father Fred, who added that he hopes the church building will bring the community together even more.

One tradition that remains strong in the community is an appreciation for the stars and a protection of the visibility of the night sky. When it’s dark, island dwellers and visitors are encouraged to keep their lights dim or off to allow people to enjoy the stars.

The practice is so strong that those working on the project have proposed the name Stella Maris for the chapel. The name translates to “Our Lady, Star of the Seas" and would honor Mary, for whom the mother parish Our Lady of the Seas is named, as well as the awe that those on the island have for the stars.

In total, the project – which contains the parish house and the chapel – will occupy about 3/4 of an acre.

“Properties on Ocracoke are very, very small,” Garrish said, adding that this one is, by local standards, somewhat large. “We’ve always wanted a Catholic church on Ocracoke. It’s exciting.” 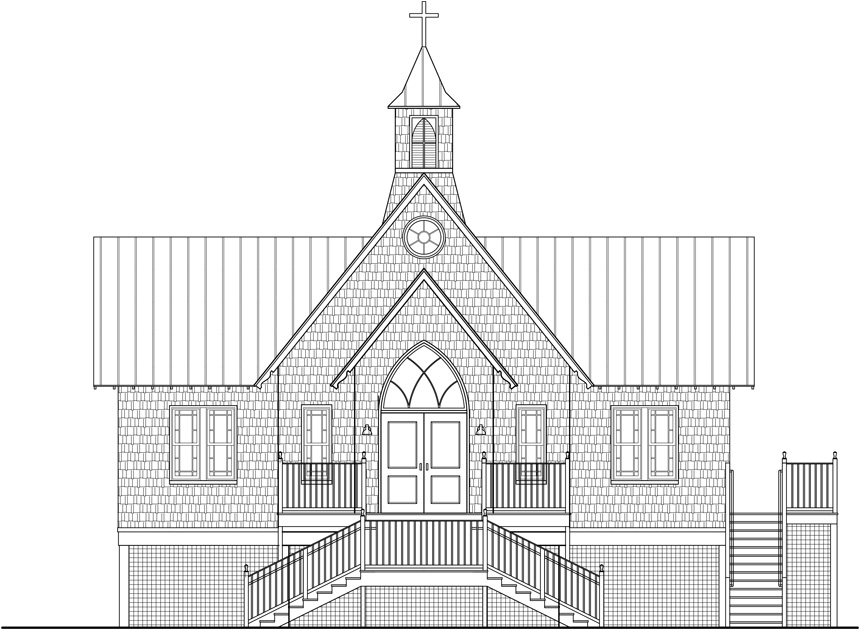