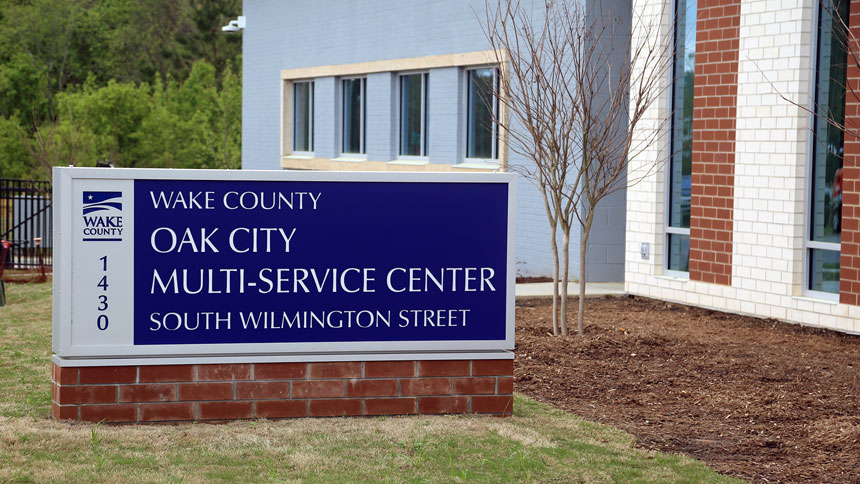 We hope this message finds you well and healthy as we write to share exciting news about the future of Oak City Cares. As you know, after its public opening on April 10, 2019, Oak City Cares quickly began serving as many as 200 people per day through a broad array of health and human services offered on-site. More than 20 non-profit and county services partners collaboratively provide care for our neighbors in need. In addition to providing basic needs services, including showers and laundry facilities, Oak City Cares grew to serving 1,500+ meals per weekend. Currently, more than 80 faith communities and humanitarian organizations prepare and serve these weekly meals.

The success of Oak City Cares would not have been possible without strong partnerships with Wake County, the City of Raleigh, and the broad-based support from charitable foundations, the corporate and business community, the faith community and thousands of individual donors and volunteers. This success was further made possible through the incredible leadership of the Board of Directors, Board Chair Charles Meeker, and dedicated staff focused on creating a welcoming environment for all who walk through the doors of Oak City Cares.

This has been an amazing journey and a great privilege for Catholic Charities and Oak City Cares to have developed this solution to making homelessness rare, brief and non-recurring together. We are deeply grateful to Wake County, the City of Raleigh, the Partnership, our community partners, and the many supporters who continue to make Oak City Cares a success. Both agencies are excited about the future of Oak City Cares and the lasting impact it will have on the community. We thank you for supporting both Catholic Charities and Oak City Cares in this endeavor and look forward to ending homelessness within Wake County together, as a community.