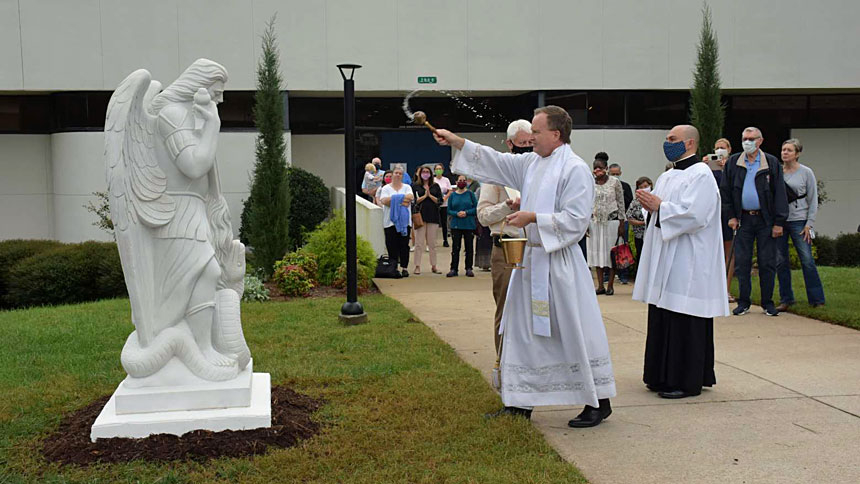 Father Patrick Keane, pastor of Our Lady of Lourdes Parish, recently received a statue to share with the community and enhance the campus on Overbrook Road in Raleigh.

Situated near the upper entrance to the church, the statue stands just taller than six feet and depicts St. Michael the Archangel, known as a protector of humanity. The statue was made of pure white Carrera marble extracted from a quarry in Italy.

Father Keane says the marble block, free of gray veins or cracks, began at 6,500 pounds and was carved down to 3,000 pounds “revealing a powerful image of St. Michael.”

Inspired by the statue of St. Michael at the Guadalupe Basilica in Mexico City, it has the addition of an inscription on the shield, “Quis ut Deus,” a Latin sentence meaning "Who is like God?" and a literal translation of the name Michael.

“The statue that we have here at Our Lady of Lourdes was a gift from a good friend of mine,” Father Keane said. “I like St. Michael because he is a faithful friend of God that God chose to set things right in the final battle where Satan is defeated once and for all. St. Michael is the patron of soldiers, paratroopers and police -- in short, of anyone who defends and protects us. My first assignment as a priest was at St. Patrick's in Fayetteville, and I was greatly inspired by these proud paratroopers.”

The statue was blessed Sept. 29, a date which marks the feasts of Sts. Michael, Gabriel and Raphael Archangels.

Photos courtesy of Our Lady of Lourdes. 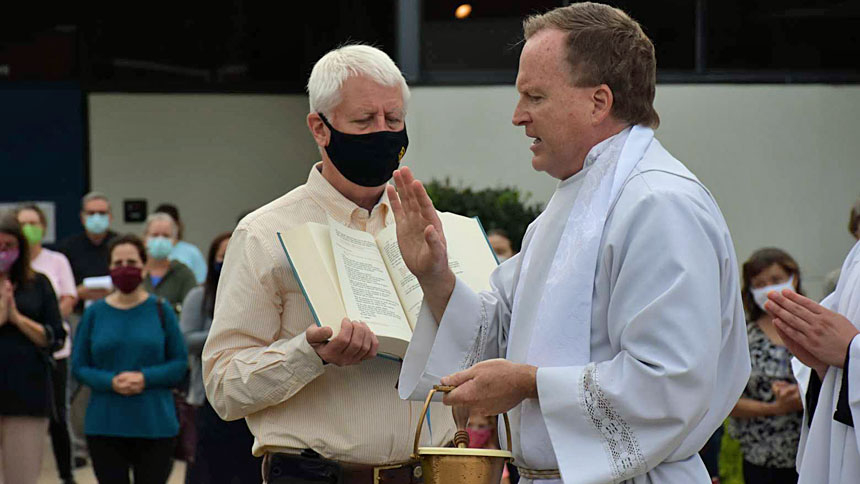 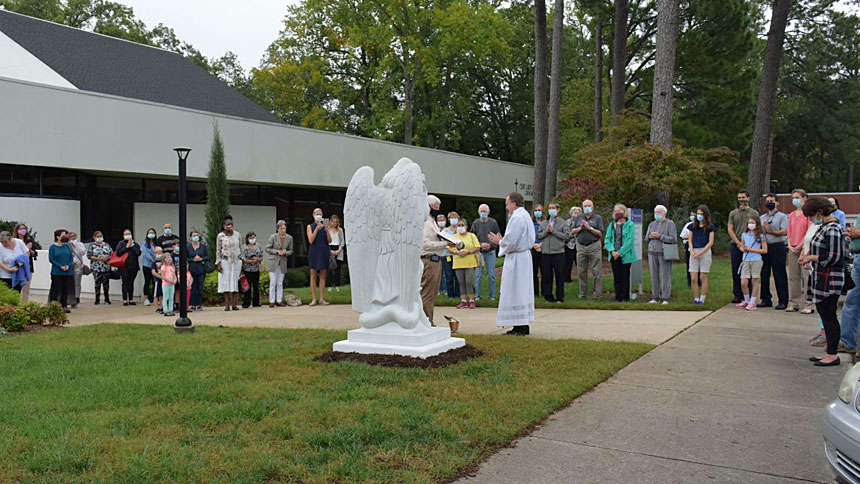 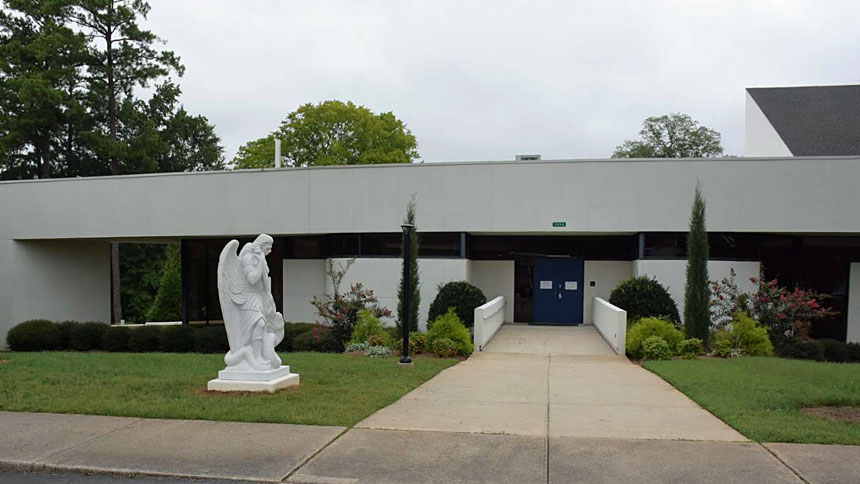 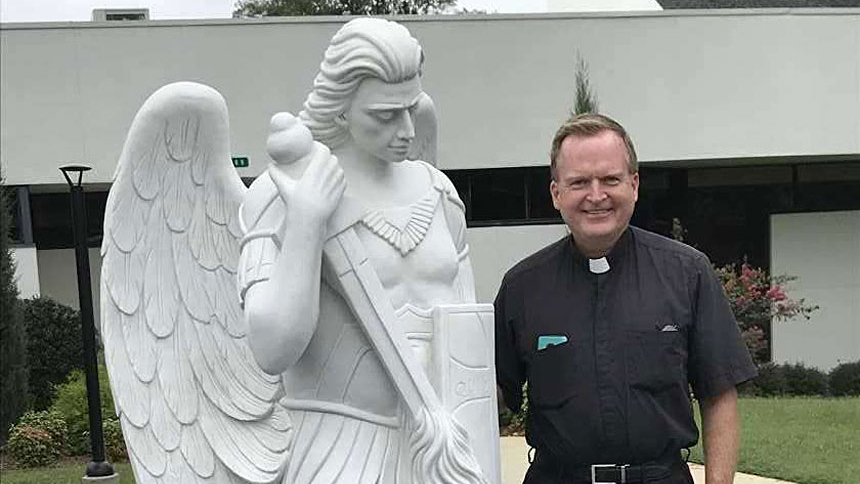