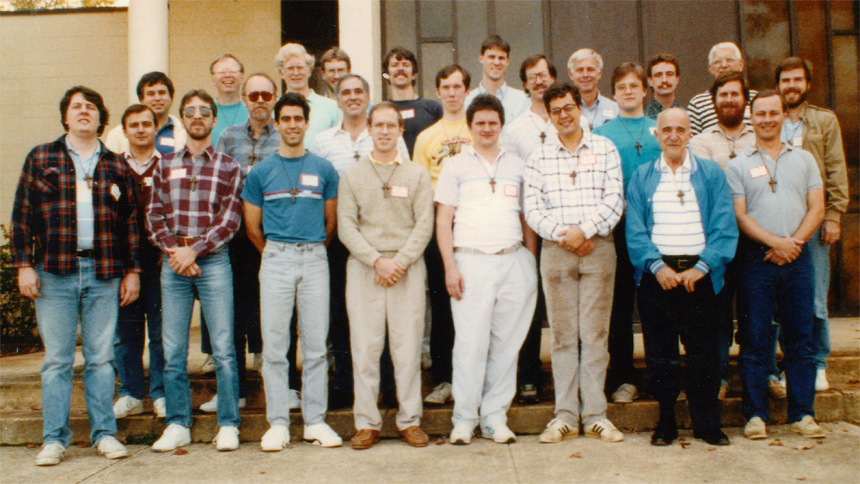 Above: Peter Kilpatrick (front row, third from right) participated in retreats with the St. Michael Church community while he lived in the Raleigh area between 1983 and 2007.

It’s been about 15 years since Peter Kilpatrick lived in North Carolina. St. Michael the Archangel Parish in Cary was a spiritual home for Kilpatrick and his family for more than 20 years. They’re still parishioners today, albeit long distance.

On Friday, July 1, Kilpatrick brings his Catholic faith, some of which was cultivated in the Diocese of Raleigh, to his newest professional endeavor – president of The Catholic University of America in Washington, D.C.

It’s a role he’s spent decades in academia preparing for. Originally from Alabama, he began his career at N.C. State University in Raleigh in 1983. He started as an assistant professor and later became department head of chemical and bio molecular engineering before becoming founding director of the Biomanufacturing Training and Education Center.

In 2008 he became the dean of Engineering at the University of Notre Dame. Ten years later he moved to the Chicago area to be provost and senior vice president of Academic Affairs at Illinois Institute of Technology.

The new job at CUA is one that his friends from Notre Dame encouraged Kilpatrick to pursue, even during a time he was considering moving back to North Carolina to a new home he and his wife, Nancy, built in Cary in 2018.

“I was looking forward to coming back to Cary because that’s where my lifelong friends are,” he told NC Catholics magazine. “[But] some good friends of mine … said ‘Peter, you need to do this. You’d be great at this, and this would be good for the Church. Good for Catholic University. You should do this.’”

Today Kilpatrick will laugh and recount that his initial reaction to them was, “No, I’m an old guy.” But, as he thought more about it, he fell in love with CUA and accepted the position there.

“When Nancy and I went for the public announcement, it felt like the whole community was giving us a giant group hug. It was very touching,” he said.

As Kilpatrick, 66, prepares for being the 16th president of CUA, he brings with him many of his experiences at St. Michael, where he taught classes for the Rite of Christian Initiation for Adults, participated in the Family Intergenerational Religious Education, or FIRE, program and took CRHP retreats.

CRHP stood for Christ Renews His Parish and was a witness-based retreat program, Kilpatrick explained.

“I went on my first CRHP retreat in 1989 … I look at that photo of all of us on the retreat and almost every one of us in that photo are still good friends. And this is 33 years later,” he said.

His faith life was also influenced by many of the priests he knew while at St. Michael. Some of those priests, he said, included Monsignor John Wall, Father Bob Weisenbaugh, S.J. and Father Kevin Fahey.

Kilpatrick also speaks fondly of Father Charlie Mulholland, whom he and his wife Nancy named their third child after.

“We named him Charlie because we loved Father Charlie,” he explained.

Kilpatrick and his wife have three other adult children as well: Elisabeth, Zachary and Alexandra. Except for Elisabeth, all the Kilpatrick children were born in North Carolina, and the family saw St. Michael as the right parish for their faith life.

“St. Michael has always been a very active parish, and, I think, a very healthy parish. In terms of the dynamism of the members of the community there. And that’s really attractive,” said Kilpatrick.

As he begins to lead CUA, which has nearly 3,000 undergraduate students, about 2,120 graduate students and almost 800 faculty members, he knows the job will bring its joys and challenges.

“I know it’s going to be a challenging job, but I am excited about the opportunity because I think everything I have done in my life, professionally, up until now has prepared me for this role,” he said, noting that he will also be involved with the Theological College and Pontifical John Paul II Institute at CUA.

Father Jim Sabak, who is the national alumni chaplain of CUA and director of Divine Worship in the Diocese of Raleigh, said he’s excited about Kilpatrick’s presidency.

“One of the missions of CUA is to build understanding and reciprocity in the conversation between faith and reason and Dr. Kilpatrick’s background in science and engineering will enable him to be an engaging and immersive contributor to this dialogue,” said Father Jim. “As our own Bishop Luis Zarama says to our newly confirmed, ‘Be engineers for God, building bridges that unite others,’ it is my hope that Dr. Kilpatrick will be given God’s grace and courage to do the same.”

Photo below courtesy of The Catholic University of America. 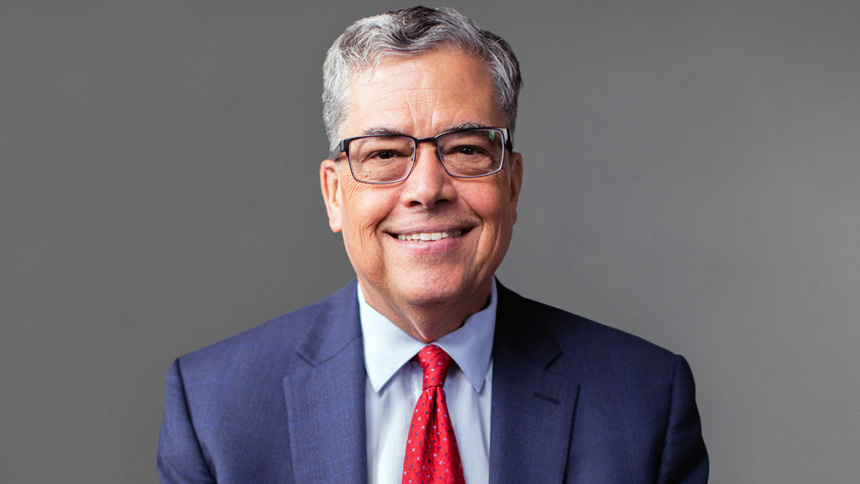