Like Mary, be 'influencers' for God, pope urges at World Youth Day 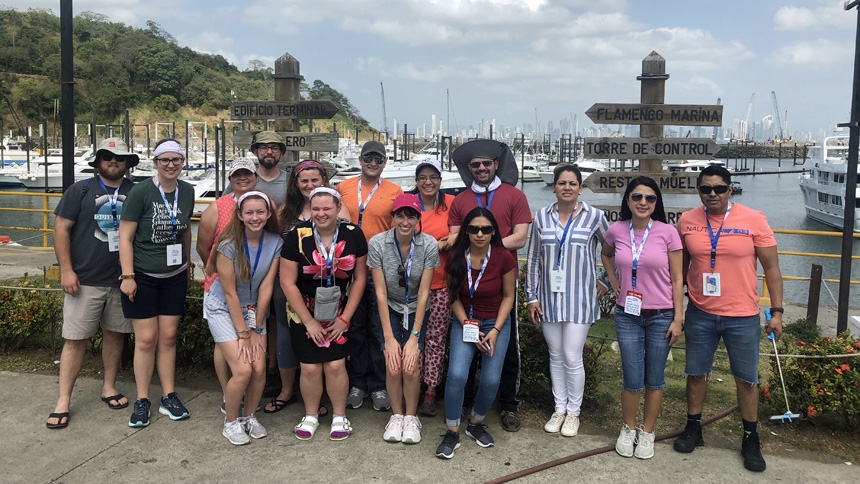 Although Mary would not be considered an "influencer," like many social media personalities, she still became the most influential woman in history by trusting "in the love and promises of God, the only force capable of making all things new," Pope Francis told young people at the World Youth Day prayer vigil Jan. 26.

"Are you willing to be an 'influencer' like Mary, who dared to say, 'Let it be done'?" he asked. "Only love makes us more human and fulfilled; everything else is a pleasant but useless placebo."

Despite sweltering temperatures in Panama City, hundreds of thousands of young men and women made their way to St. John Paul II Park.

They brought sleeping bags and tents, prepared to spend the night at the field -- praying the rosary, making new friends -- before celebrating Mass with Pope Francis at 8 a.m. Jan. 27.

After the pope took his place on the stage, young adults from Panama and the Palestinian territories gave their experiences of finding faith and hope amid doubt, sickness and addiction.

Panamanian Alfredo Martinez Andrion, 20, recalled his experience of falling into a life of drugs and crime. His addiction, he said, ultimately led to a 12-month prison sentence. Despite attempts to reform following his release, he fell back again into drug use.

Ultimately, he found help at a Catholic-run halfway house that helped and encouraged him "in my path toward reintegration."

"I want to tell the young people of the world that God loves us and never abandons us. We are the masters of our own actions, but if we are with God, everything will be OK," Martinez said.

Nirmeen Odeh, a 26-year-old Palestinian woman, gave the final testimony of the evening, recalling that despite being born and raised in the Holy Land, she was apathetic to Christianity, especially coming "from a place where many of my simple rights are violated."

"I thought it was better to be distant from Christianity so as not to be bothered by others," Odeh said. "With all the struggles and weariness of daily life, I wasn’t interested in faith. However, I was curious about the idea of God!"

After participating in World Youth Day 2016 in Krakow, Poland, Odeh said she took a "leap of faith" and began receiving the sacraments.

"And here I am today, three years later in Panama, excitedly praying for him (God) to lead me on my next journey," she said.

Pilgrims from the Diocese of Raleigh were present to hear those testimonies, and participate in World Youth Day activities such as adoration, Mass with the pope, catechesis and stations of the cross.

“I am going to remember how welcoming people can be … and how happy the crowds were,” Heath Robinson, a cathedral parishioner, said. “Conditions weren’t always comfortable, but people’s faith kept us all going. At one point we walked 16 miles in the heat.”

Standing next to him at RDU Airport on the day they returned from Panama, his wife Teresa, 26, joked, “We should have taken before and after pictures of our shoes because our shoes are pretty worn out.”

For Veronica Ripp, of St. Raphael Parish, the journey is something that will be with her for a long time.

“It was just this melting pot of everything Catholic,” she said while holding a handmade string of beads given to her by a pilgrim in exchange for a North Carolina sticker. “These ‘swaps’ from other peoples’ hometowns … bracelets from Guatemala …  a decade of the rosary from a woman from the U.K. All of these physical things, they’re tangible … I can feel connected to these people that I met and have things that they made for me. Those people are the Church and these things are part of what makes that real for us. That human community.”

- NC Catholics contributed to this article. 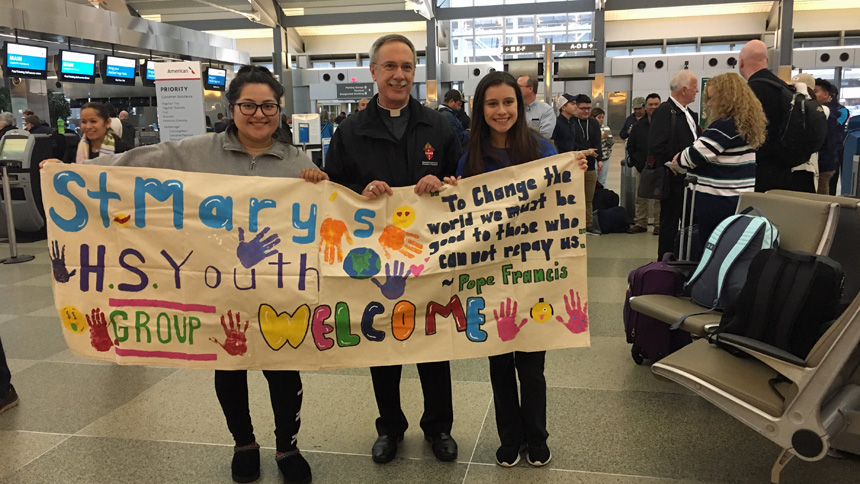 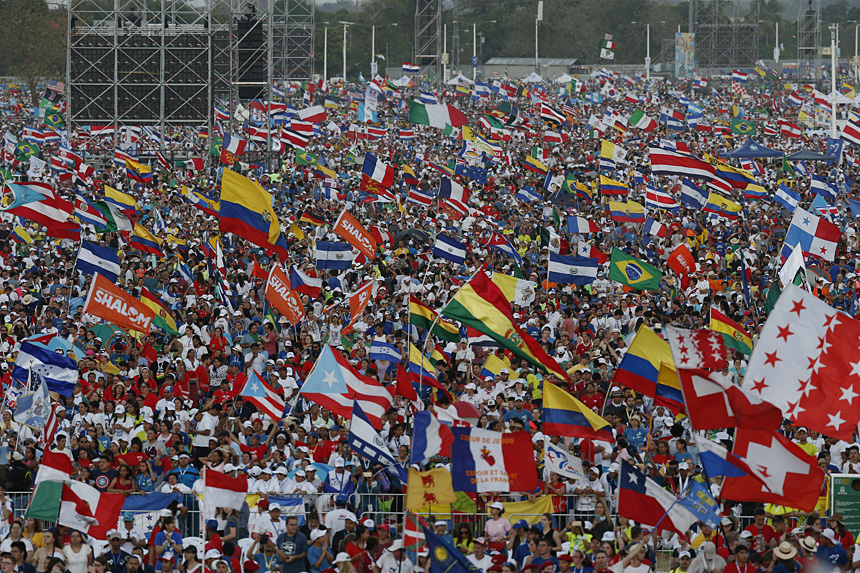