Making disciples: What one day looks like for a Greenville ministry 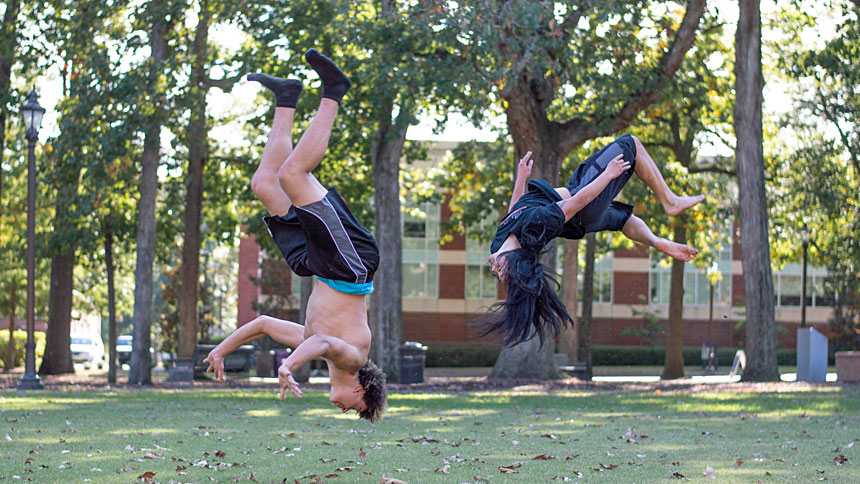 Before ascending into Heaven, Jesus left his followers with a life-changing command: “Go forth and make disciples of all nations, baptizing them in the name of the Father, the Son, and the Holy Spirit.”

This command is at the core of what the Vagabond Mission team is looking to accomplish in four states, including North Carolina.

Vagabond Missions is a Roman Catholic nonprofit based in Steubenville, Ohio, that aims to be the “physical presence of Christ and his Church” to teens. Vagabond missionaries introduce teens to the beauty of the Roman Catholic faith by inviting them to a community led by role models who are living their faith.

A life marked with discipleship and mission isn’t easy. Missionaries who work for Vagabond leave their comfort zones, family, and friends. The goal? To create community with teens by going to them in the inner cities and introducing them to Jesus Christ through service and friendship.

NC Catholics visited a Vagabond team of five in Greenville for a day to get a glimpse into what mission life looks like.

The day starts with a quick tour of the youth center, also dubbed the Underground. Mary Griffin, Vagabond Mission’s Greenville regional director, explains that the Underground is a place of community for many teens.

The house has a handful of modestly furnished rooms, a ping-pong table and a crucifix. As missionaries begin to talk about game nights and worship sessions that occur within the four simple walls of the Underground, the space seems to come to life. Within 15 minutes of my introduction to the Greenville team of five, I am certain that there is something holy happening here. We all pile into their new transport van, a donation from a local Greenville family, and head to their first commitment of the day -- a rosary walk at the local Catholic church.

On the ride to St. Gabriel Catholic Church, the team checks in with each other about different teens in their small groups.

“Has anyone heard from Danielle?*” someone asks the group.

“I think she’s grounded,” Eliza Owen, a first-year missionary, suggests, “because I haven’t heard from her either.”

Griffin explains that sometimes teens filter in and out of their program as a result of moves to different parts of the city, academics, family issues, and, in Danielle’s case, being grounded from the use of a mobile phone. For the most part, the teens in the program stay in the program until they graduate high school.

In an empty church parking lot, the team begins to divide up leading the decades of the rosary. The group makes its way around the perimeter of the church. Similar to the celebration of the Mass, a walking rosary is a full body prayer experience.

The missionaries make their way into the church for holy hour. In addition to their personal prayer, they spend two hours a week in the presence of the Blessed Sacrament, participate in daily Mass three times a week, attend reconciliation once a month, and meet with a spiritual director monthly.

Vagabond Missions’ president, Andy Lesnefsky, believes that, “the strength of Vagabond Mission’s work is only as strong as its missionaries in the field,” so missionaries are thoroughly prepared prior to their city assignments and are spiritually guided while there.

Lunch at the Underground

Mary Griffin, a Franciscan University double graduate, shares that she always thought she would be a Catholic school teacher. “I always knew I wanted to be a teacher,” Griffin says. “I made it my goal to do anything I could to spread the message that God is always here for us, loving us and caring for us.”

She’s now putting her education to use through the formation of a curriculum for what’s sometimes known as “Jesus classes,” which is RCIA developed for teens.

Owen talks about her time of formation and training during the pandemic.

“It wasn’t the best nor the worst,” she said referencing Vagabond’s decision to move its missionary training entirely virtual. “But it prepared me for the work ahead.”

Owen, whose mom is the director of Religious Education at St. Michael the Archangel Catholic Church in Cary, was called to a life of mission during a trip to a National Catholic Youth Conference event.

“I felt so much relief and have always learned to really trust God since,” she says.

One of the ways missionary Micah Spader connects with teens is through music and movement. Spader meets mission partner Tim Mullins on East Carolina University’s campus to toss a football and dance.

Prior to serving on mission with Vagabond, Spader was a professional hip-hop dancer in San Diego. At the time, he says he was chasing worldly things attempting “to fill the emptiness in my heart that only Jesus could fill.”

A year and a half ago, he committed his life to serving Jesus and underserved teens. He hasn’t looked back.

Today he stands among 10 or so teens explaining the importance of warming up before dancing.

Nearby Mullins talks about his experience, which includes volunteering for three years at the Vagabond Missions site in Steubenville, Ohio, before becoming a full-time missionary this year.

“I grew up with a lot of childhood issues that left a wound on my heart and pulled me away from Christ,” Mullins recalls in a thoughtful voice. “But in college I found peace and zeal from my volunteer work with Vagabond Steubenville that ultimately showed me God was calling me to full-time mission work.”

After a couple of hours of flips, dance, music and football, the group heads to the Underground for an event Vagabond calls the Open Underground.

Pick-up and the Open Underground

Missionaries pick up teens from their homes and bring them to Friday’s gathering called the Open Underground.

“It’s for any teen who wants to come to hang out,” second-year missionary Stephanie Schissel explains. “We play games, eat snacks and make new friends!” Open Underground is their time to get together and have some fun in each other's company.

The majority of the Underground activities that used to take place inside have been moved outdoors as a result of the coronavirus.

“Our ministry might be small scale right now,” Schissel says. “But the impact and conversion the Lord is working in the hearts of the teens we serve is immeasurable.”

Despite the challenges the coronavirus has placed on the Vagabond Greenville team, the number of teens they serve has continued to grow. On average, the team is spiritually, emotionally and academically investing in 40-50 Greenville area teens.

One of those teens is Amya Brown, 13. She’s one of Vagabond’s youngest participants. She shares her thoughts on the ministry.

My name is Amya … but people mostly call me Mya. I’ve been with the Vagabond Underground for about a year and a half now. The Underground is like a second family to me. A family that’s filled with unique people who treat us as equals. The first day I met the missionaries and the other teens, I didn’t think they were what I expected them to be. They shared their stories, openly talked about their relationships with God and explained how they've improved as a people. The Underground has made a huge impact on my life and others as well. They never judge you and they support you no matter what. I believe that's what drew me to them. We are building friendships that will last into the future." 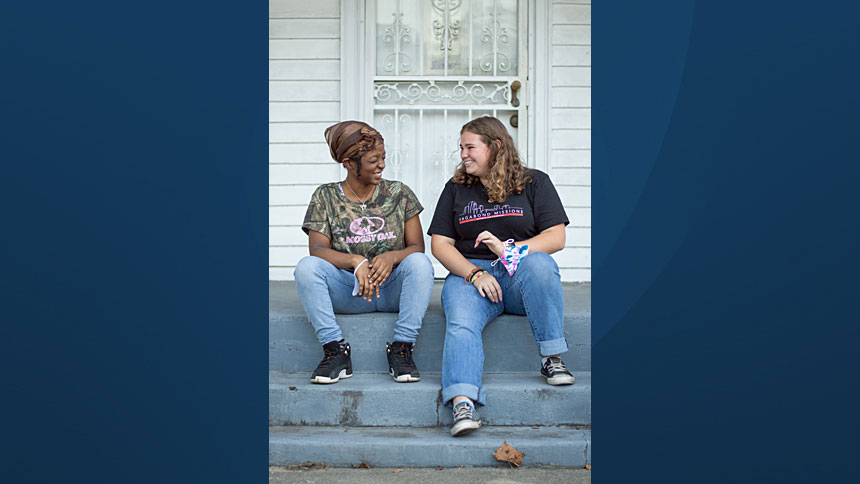 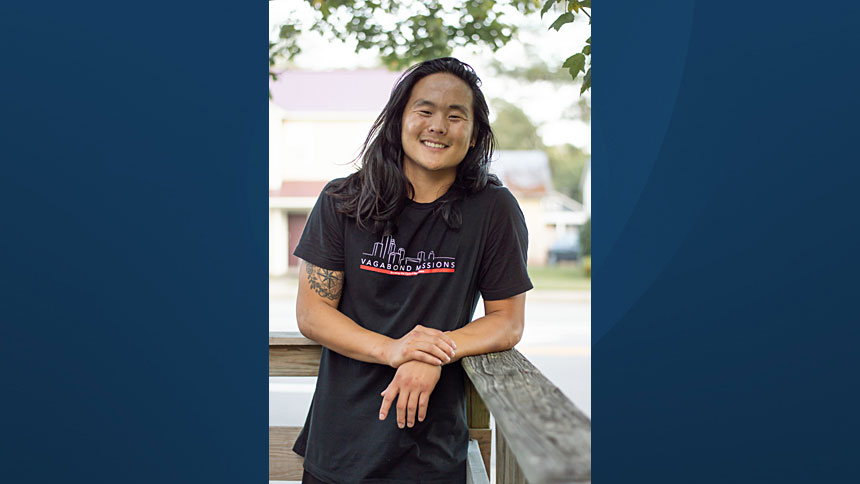 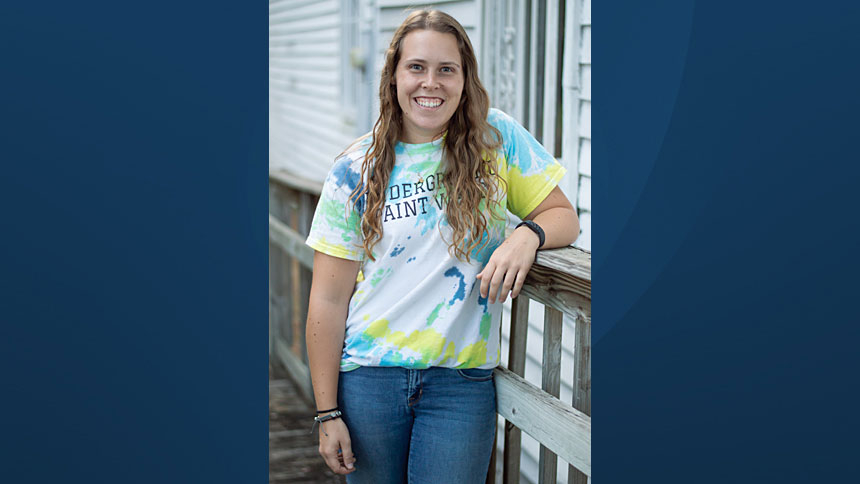 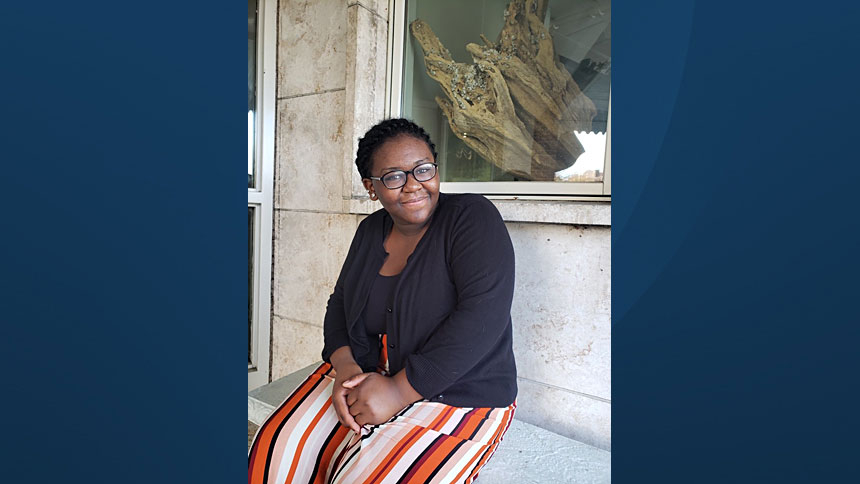 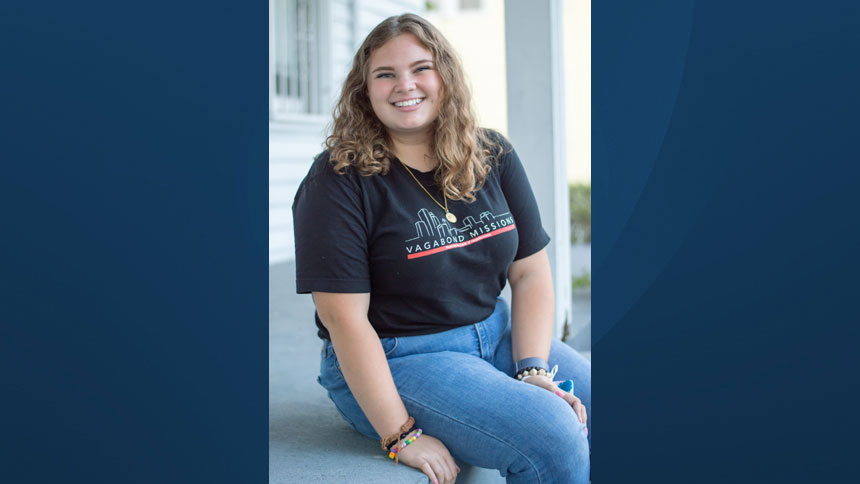 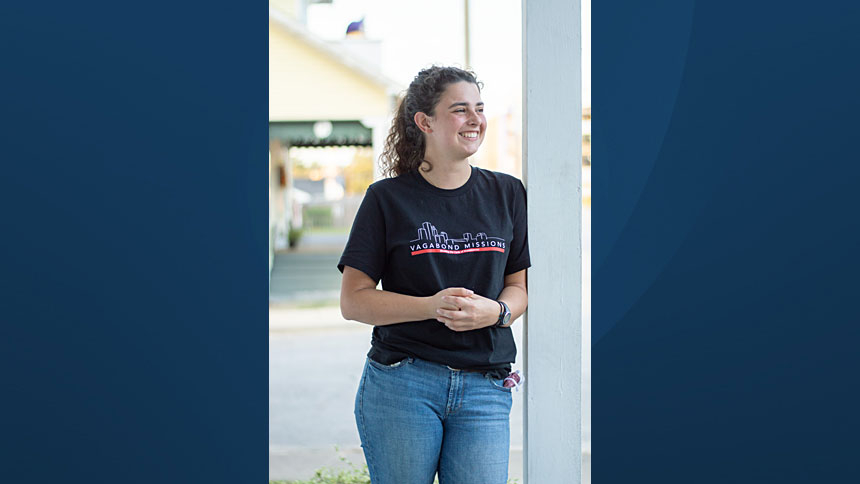