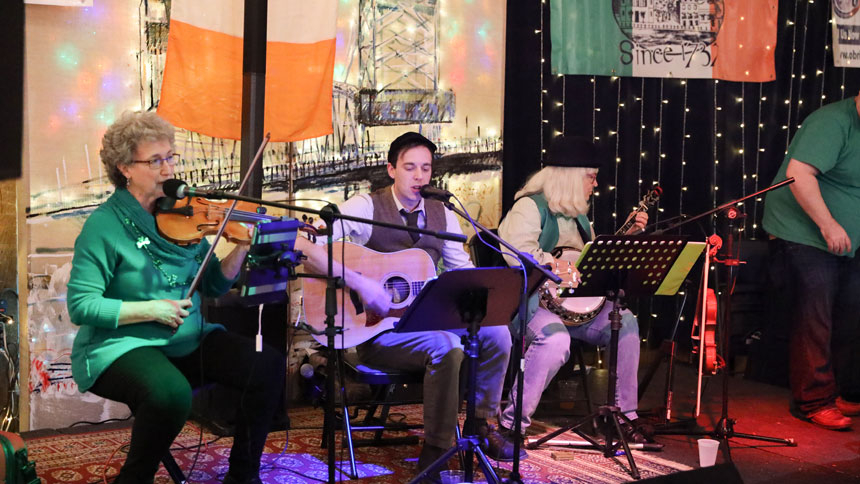 Bust out the bagpipes and put on your green because it’s time to celebrate St. Patrick in … June?

On June 12, Waterline Brewing in Wilmington will host the 4th annual Cape Fear Hooley Under the Bridge music fest. The event will feature music from Ewes Tree (Raleigh), Striking Copper (Wilmington) and the Wilmington Police Pipes and Drums Band (Wilmington).

Proceeds from the event will be used to sponsor a “halfway to St. Patrick’s Day parade” September 18.

While neither the music fest nor the parade is affiliated with any civic organization, all members of the Irish-American group which organizes the event are Catholic and all are either members of the Ancient Order of Hibernians, the Ladies Ancient Order of Hibernians or the Knights of Columbus. All three groups being Catholic groups with a strong emphasis on community service and civic engagement.

It is that call to service that drives the work of the festival and upcoming parade. Not only do organizers hope to create a fun event that will drive much-needed business in downtown Wilmington; they hope that this will also be a moment where people from all backgrounds can come together and feel a sense of joy and community after a hard year.

Joe Newcomb is part of the organizing committee and said that they have worked especially hard to reach out to new groups to participate in the parade.

“Not only do we want to bring awareness of the Irish-American community that is present, we also want to expand and create a ‘bigger tent’ so everyone in our community can come together,” he said.

While exact details continue to be updated alongside lifting restrictions, as of May 19, festivities on June 12 were scheduled to start with family-oriented events at 3 p.m. and music at 5 p.m.

View the flyer (PDF) for location and times.

Visit wilmingtonparade.com for schedule of festivities.