How a saint became part of the tax code, forever changing U.S. philanthropy 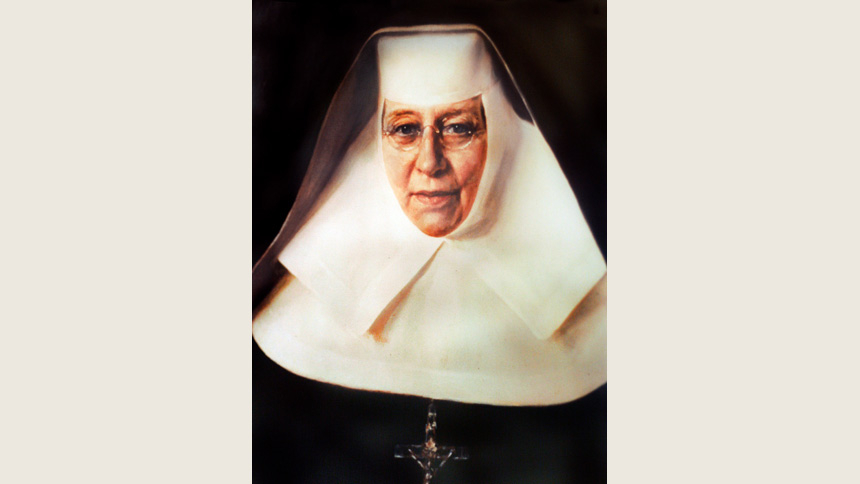 Above: This likeness of St. Katharine Drexel is seen at the Katharine Drexel Shrine in Bensalem, Pa. The saint, who founded the Sisters of the Blessed Sacrament, helped lobby Congress in 1924 to make an federal income tax deduction for charitable giving part of the U.S. tax code. (CNS photo/The Crosiers)

This tax season, Americans have an unexpected figure to thank for one of their most-used deductions. She wasn’t an accountant, a lawyer or even a politician, but an actual saint.

St. Katharine Drexel is well known for being a trailblazing figure in the early 20th century, championing the needs of Native Americans and Black Americans, but few know she may have the most lasting impact on philanthropy of any American in U.S. history.

Her unexpected role in the U.S. tax code began at the outbreak of World War I in 1913, which spurred the creation of the federal income tax.

But by 1917, the tax became a graduated one, sending Mother Katharine’s tax bills skyrocketing and potentially endangering the charitable work of her religious order, the Sisters of the Blessed Sacrament. The sisters motherhouse is in Bensalem, Pennsylvania.

By 1924, Mother Katharine and her influential family successfully lobbied Congress for what later became known as the “Philadelphia nun provision.” Under the provision, anyone who had given 90% of their income to the charity for the previous 10 years was exempt from income taxes.

It was a distinction that described only one U.S. citizen at the time — Mother Katharine, said Seth Smith, a professor of an assistant clinical professor of history at The Catholic University of America in Washington.

Phil Brach, vice president of college relations at Belmont Abbey College in North Carolina, said the “Philadelphia nun provision” goes to the heart of what set Mother Katharine apart from her better-known philanthropic contemporaries such as John D. Rockefeller and Andrew Carnegie.

“What made her unique is the order of magnitude,” said Brach, who has taught courses on philanthropy for Catholic University in Washington. “There were years where the amount she gave was almost equal to the combined amount of all the collections and all the parishes in the entire country.”

Mother Drexel’s giving mostly benefited Black Catholics and Native American Catholics at a time when racial prejudice ran high and those communities struggled with crippling poverty and lack of access to quality education. Her order built schools and churches across the American South and established what is now Xavier University of Louisiana, the nation’s only historically Black Catholic college.

Mother Drexel also was a staunch supporter of the Josephites throughout her life, purchasing land for the religious order to build many of their parishes and schools.

St. Katharine’s family, the Drexels of Philadelphia, was one of the wealthiest families in America. An heiress to a banking fortune who chose religious life, she devoted her wealth to Blacks and Native Americans served by her religious order and to other people in need. She gave approximately $20 million dollars over her lifetime.

Brach said few have been able to match the sheer scope of Mother Drexel’s giving then or now. For example, he cited the Giving Pledge — a well-received philanthropic campaign spearheaded by billionaires Bill Gates and Warren Buffet.

The Giving Pledge encourages wealthy people to donate at least 50% of their wealth to charitable causes, but that’s a far cry from Mother Drexel’s 90% of her wealth.

“There is a reason she’s the patron saint of philanthropy,” Brach told The Josephite Harvest, the magazine of the Josephites, known formally as St. Joseph’s Society of the Sacred Heart.

According to “Sharing the Bread in Service: Sisters of the Blessed Sacrament 1891-1991 — Volume 1,” the “Philadelphia nun provision” was essential to the operation of the order in the years after it became part of the law.

“The exemption was really important because the sisters were responsible for basically taking care of 15,000 dependents annually. They had over 300 employees or teachers,” Smith said. “They also contributed annually over $50,000 to support Black and Native American children in schools outside of their own.”

“Frankly, the church historically has fallen short, with Black Americans to the South, but the greatest legacy of Catholic support is in those schools,” Smith said.

According to “Sharing the Bread,” allies of Mother Katharine urged her to seek a refund for almost $800,000 — the equivalent of about $13 million in today’s money — that she had paid the government before the provision took effect, but Mother Katharine declined, worried that it would exacerbate anti-Catholic prejudices at the time.

While the provision was enacted without controversy in 1924, Smith said opposition to the exemption grew in 1933 during the height of the Great Depression. Only after lobbying from influential U.S. bishops, did the provision survive the challenge.

The charitable exemption continued to support the work of the Sisters of the Blessed Sacrament until Mother Drexel’s death in 1955.

The “Philadelphia nun provision” was eventually written out of the tax code in 1969, but Mother Katharine’s influence on U.S. philanthropy can’t be understated, Branch said.

“The official language may be out of the code, but in general, it is the genesis of the charitable deduction that still exists,” he said.