It’s called incorrupt. It’s the heart of St. Jean Vianney, and it dates back to 1786, the year he was born in a small village in France.

The heart, which is a first class relic according to Catholic tradition and has not disintegrated since the saint’s death in 1859, has been on a national pilgrimage since November.

According to the Church, a relic is an object associated with a saint that may be offered to the faithful for veneration, or reverence. Relics are not meant to be worshipped, but rather to draw a person closer to God.

The heart was presented in Raleigh May 24 and 25 at St. Joseph Catholic Church.

“Today, God sends the heart of one of his priests to connect with our heart,” Father Philip Tighe, vocations director for the Diocese of Raleigh, said to those gathered. “He is a declared saint. His soul is with God in Heaven. But his heart is united with God.”

Father Vianney was a priest in a parish with about 260 people. At that time, and in his small French town, the attitude toward religion was hostile.

Relying on prayer and the sacrament of reconciliation, he began to draw people closer to God.

As his reputation spread, people came from throughout Europe to confess to him. His holiness and dedication became so well known that by the end of his life, thousands of people were seeking him for his compassionate heart.

When Father Vianney died, Church officials found that his body did not decay in the natural way. Its natural preservation was viewed as a sign of holiness by God.

After canonization, Pope Pius XI made him patron saint of parish priests.

St. Jean Vianney’s incorrupt body, including the heart, are normally on display at the Shrine of Ars, France. The incorrupt heart pilgrimage was made possible through a grant from the shrine and the Knights of Columbus.

Evan Holguin, a manager in training with the Knights of Columbus Supreme Council, had the great responsibility and privilege of driving the relic to various southeastern cities.

“In my travels, it has been encouraging seeing young people and their thirst to find the truth, the beauty and the faith for the Church,” Holguin said. “The heart of a priest pilgrimage is a profound way in which the Knights of Columbus participate in traditions of supporting our priests and encouraging young men to consider the priesthood by offering opportunities to pray with their patron saint.”

Learn more about the tour 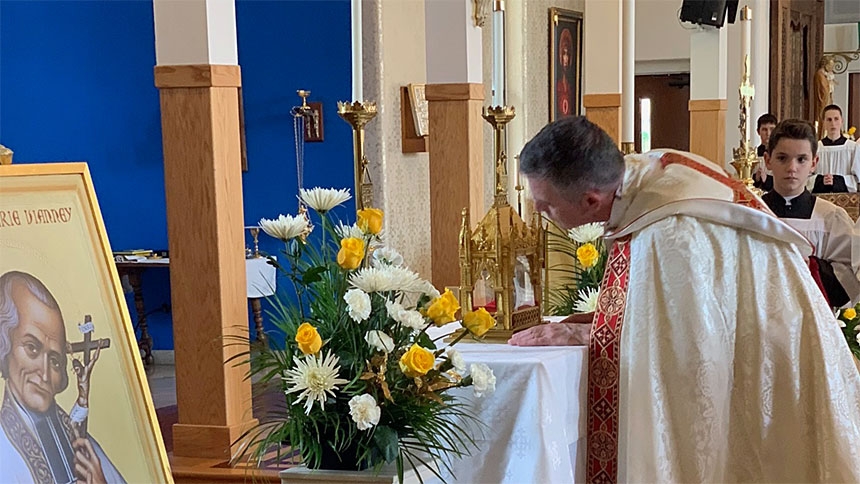 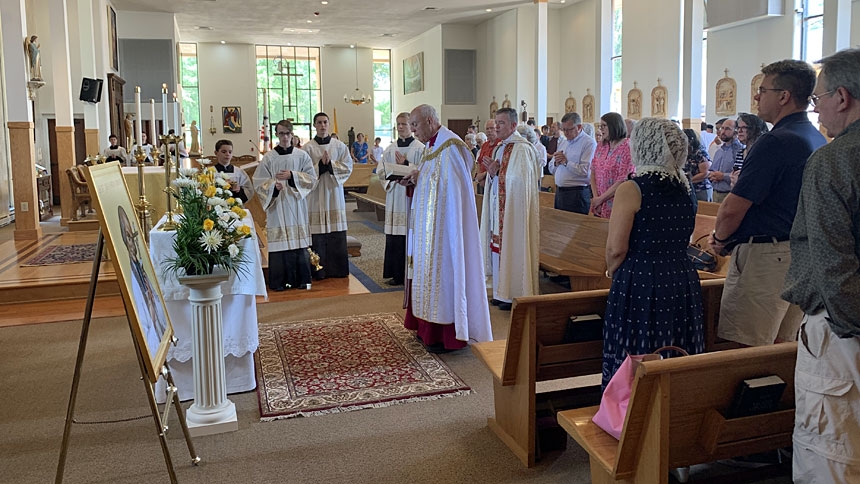