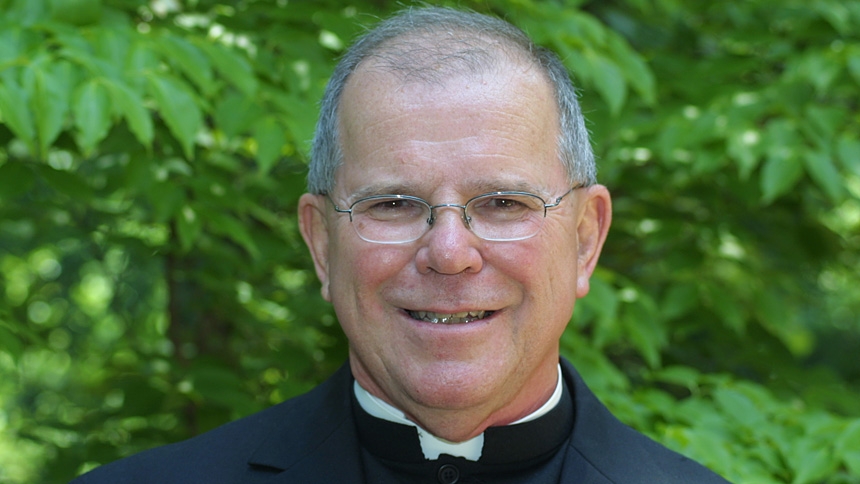 After discerning a vocation to the Religious life, Father Collins entered into studies and formation with the Order of Friars Minor Conventual, Saint Anthony of Padua Province in Baltimore, Maryland. He studied philosophy at Saint Hyacinth Seminary College in Granby, Mass. He then continued priestly formation in theology at Saint Anthony on the Hudson in Rensselaer, N.Y. Father Collins was ordained to the Priesthood on May 22, 1971, in Albany, N.Y., by the Most Reverend Edwin Broderick, Bishop of Albany.

In the Diocese of Raleigh, Father Collins served as Parochial Vicar of Saint Raphael Parish in Raleigh; Diocesan Scout Chaplain; Priest Chaplain and Campus Minister at Eastern Carolina University in Greenville; Administrator of Saint Catherine of Siena Parish in Tarboro; Pastor of Holy Redeemer Parish in Kill Devil Hills; Dean of the Albemarle Deanery and Pastor of Saint Jude Parish, Hampstead, and Saint Mary, Gate of Heaven Mission in Surf City. Father Collins was incardinated into the Diocese of Raleigh on Dec. 5, 1984. For reasons of health, Father Collins retired from active priestly ministry on Jan. 3, 2012, and continued to assist in priestly ministry, as his health permitted.

The funeral arrangements for Father Collins are as follows: Reception of the Body and Vigil for the Deceased on Thurs., March 7, 2019, at 7:00 pm at Holy Name of Jesus Cathedral in Raleigh, Monsignor David D. Brockman, V.G., Presiding. The Visitation will follow the liturgy. The Funeral Mass will be celebrated on Fri., March 8, 2019, at 10:30 am at Holy Name of Jesus Cathedral in Raleigh, Most Rev. Luis R. Zarama, Bishop of Raleigh, Principal Celebrant. Interment will take place at a later date at Saint Michael Catholic Cemetery in Stratford, Conn.