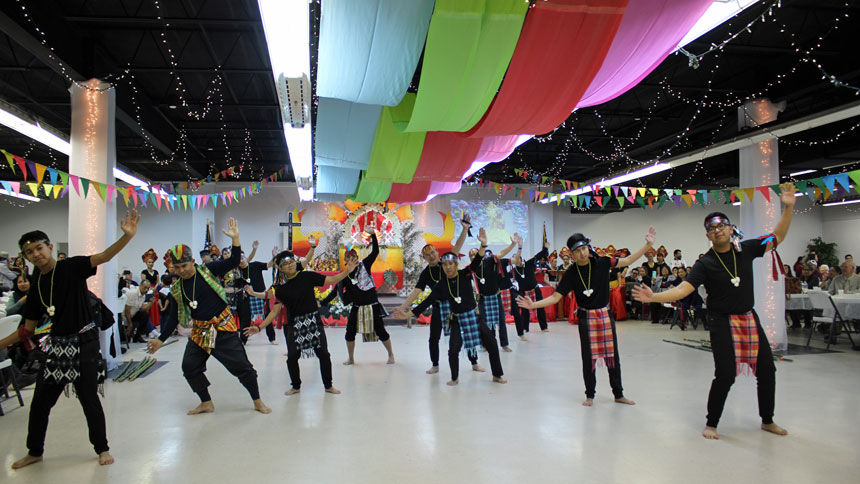 Diocese of Raleigh contributed to this report.

While festivals after Epiphany are often known for Mardi Gras, a popular Filipino celebration of the Christ Child comes to several parishes throughout the U.S. in January.

The Festival of Santo Nino de Cebu -- rooted in the deep faith of the Filipino people and originating in the Philippines' Cebu province -- finds special Masses, dances and processions taking place in which participants carry a statue of the infant Jesus marking the 16th-century arrival of Christianity in the Philippines.

“The celebration was a blessing indeed … Bishop Luis participated in the two events: the holy Eucharist and the Sinulog program. May God bless him as he shepherds the diocese. We are so thankful,” said Father Richard Toboso G.H.M., pastor.

Before a Mass at the parish, the faithful placed dozens of images and statues of the Santo Nino de Cebu on the steps of the altar. Jesus is depicted as a small king with royal regalia: crown, red cloak, scepter and orb, and cross.

After the liturgy, men carried a Santo Nino de Cebu statue on a "carro," or platform, alongside another carrying a statue of Our Lady of Guadalupe de Cebu, another devotion originating in Cebu.

The procession continued to a reception, which featured traditional Filipino food, as well as music and Filipino dances. Part of the reception included the dancing feast of "Sinulog," a traditional three-step dance performed while holding the statues in reverence to the "Senor Santo Nino."

The variety of depictions reflected the wide diversity of the Philippines. Festival-goers said nearly every Filipino Catholic's home has a statue of Santo Nino.

While the devotion is celebrated across the Philippines, Cebu is the heart of the festivities. Sinulog means "graceful dance," which originates from the simple three-step dance that represented a "sulog," or current, of a river.

In the Philippines beginning Jan. 8, millions of people trek to Cebu City, located in the central Visayan region, to attend Santo Nino-Sinulog events through the month. The observance begins with a novena of Masses at the Minor Basilica of Santo Nino. While the current basilica was built in 1735, the Augustinian Fathers founded the community in 1566 over the site where the original image of the Christ Child was said to be found.

Considered the oldest relic in the Philippines, the statue of the Santo Nino came to the country when Ferdinand Magellan, the Portuguese explorer, gave the image to newly baptized Queen Juana of Cebu in 1521. The original statue remains on display for veneration and visitation in a separate side chapel.

In the early hours of Jan. 9, devotees began a 1.2-mile procession, known as a "penitential walk," to the basilica in a downpour to open the festival in Cebu City. Traversing Osmena Boulevard, a major thoroughfare, followers used incense, recited prayers and sang traditional hymns as they followed the statue, which was encompassed in flowers and lights and encased in a reliquary.

At the basilica, Augustinian Father Pacifico Nohara Jr. presided at the first Mass marking the 455th annual celebration of the event. It was the first of nearly hourly Masses, in English and Cebuano languages, that included Sinulog dances and more. Thousands attended the Mass, hiding from the rain under umbrellas, ponchos and rain jackets.

On Jan. 12, Archbishop Jose Palma of Cebu celebrated a pontifical Mass of the "Fiesta Senor" at the basilica.

Dancing performances tell the story of the arrival of Catholicism to the Philippines and the people's decision to accept Christianity. The dances feature bright, colorful costumes, hundreds of floats, long processions, complex dancing, music and storytelling, all while statues and images of the Santo Nino are carried or featured in some way.

For the first time, this year's celebrations will overflow into the nearby coastal Cebu Strait, where some 50 colorful "barotos" -- heavy wooden dugout canoes -- will carry 100 fishermen paddling in a race. Many feature colorful sails with images of the Santo Nino. The celebration continues until Jan. 24.

In Texas, at least four other parishes in the Archdiocese of Galveston-Houston were set to celebrate the festival. Santo Nino de Cebu Church in San Antonio and a parish in Austin will join the celebration. The parishes will host dozens of daily novenas, special Masses, processions and dances.

In California, where at least 1.2 million of the 4 million Filipinos residing in the U.S. live, the Cathedral of Our Lady of the Angels in Los Angeles hosted its 33rd annual Mass marking Santo Nino Jan. 19. Los Angeles Auxiliary Bishop Alex D. Aclan, a Filipino American, celebrated Mass.

The liturgy honored Cardinal Ricardo Vidal of Cebu, who led the archdiocese from 1982 until 2010. He died in 2017 at age 86. Cardinal Vidal gave the Los Angeles Archdiocese the Santo Nino statute used in its annual celebration. 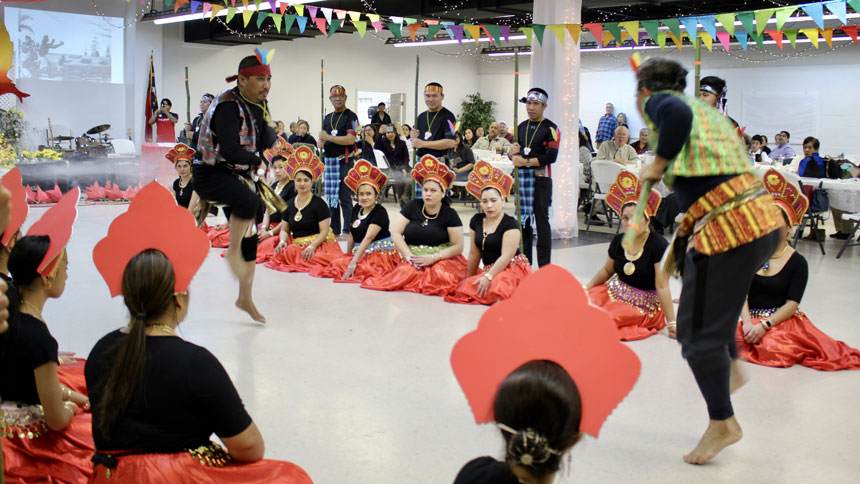 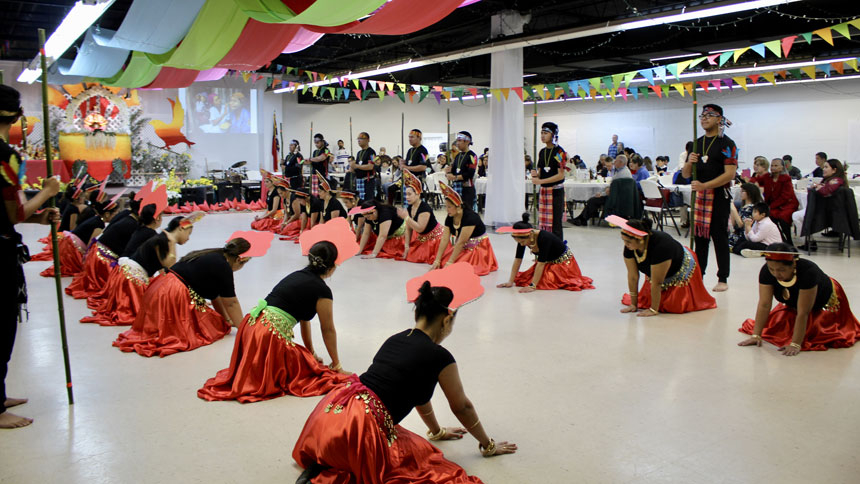 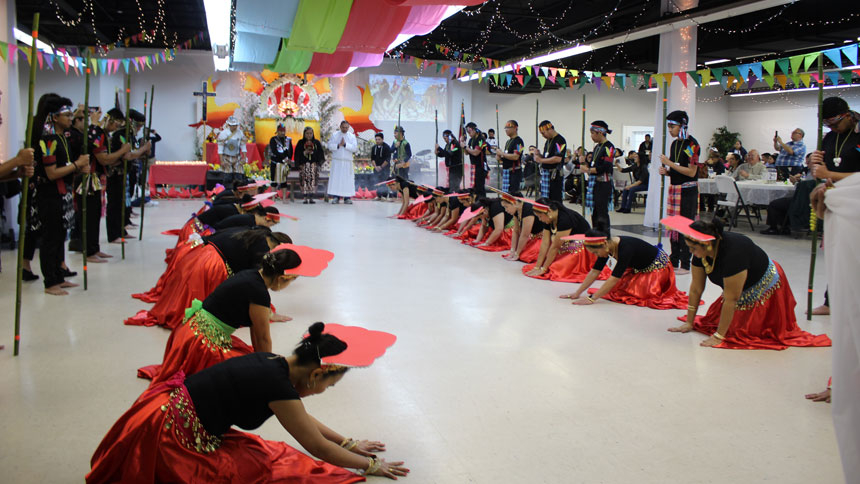