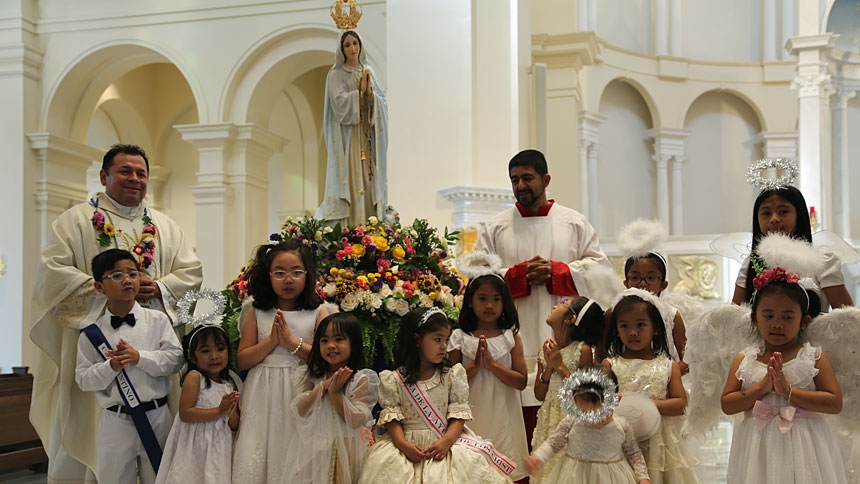 On Sunday, May 19, Holy Name of Jesus Cathedral in Raleigh was filled with flowers and people in colorful ethnic clothing as part of the Filipino celebration called “Flores de Mayo.”

In the Philippines, devotion to the Blessed Virgin Mary reaches its crescendo in May with the month-long celebration of Flores de Mayo. Literally meaning “flowers of May” in Spanish, the country’s “festival of all festivals” traces its beginnings just after the proclamation of the dogma of the Immaculate Conception in 1854.

While Flores de Mayo is a native Filipino tradition, the Santacruzan was established by the Spaniards when they colonized the archipelago.

According to historians, the Santacruzan is a religious-historical beauty pageant which depicts the finding of the holy cross by Constantine the Great's mother, Queen Helena, and the subsequent celebration that occurred in Rome after its finding.

In the Dioceses of Raleigh, the celebration started with a procession around the cathedral. The elegant costumes were portraying biblical and historical characters. They were called Sagalas, which symbolizes queens from the past.

Participants presented flowers to the altar. And after the reading of the Gospel, a statue of the Virgin Mary was crowned and the queens, with their escorts and angels (played by children) brought flowers to her, accompanied by beautiful and solemn music.

The event concluded with a final song in honor of Blessed Virgin Mary. 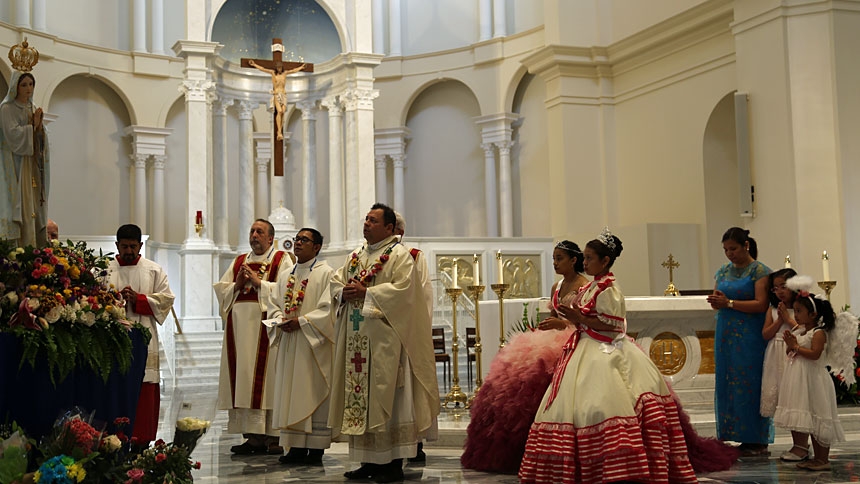 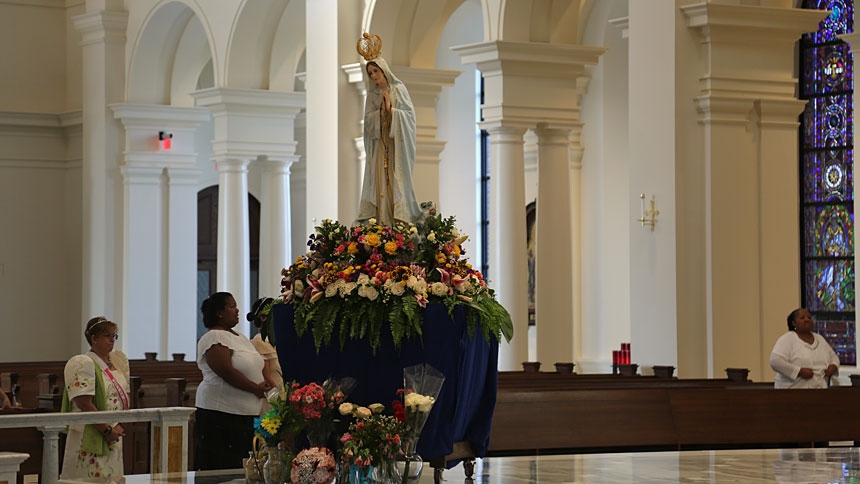